Josh Cooper, 12 with mum Tracy Cooper, 32 of Rotherham South Yorkshire. Josh was the victim of a shocking unprovoked attack all caught on camera. See rossparry copy RPYBEAT: A horrified mum has described her fury after a video of her 12-year-old son being beaten up by a teenager was posted on Facebook. The distressing video, filmed on mobile phones by the thugs who attacked him, shows schoolboy Josh Cooper wrestled to the ground before being punched repeatedly around his head as he curled up in a desperate attempt to protect himself.

A horrified mum has described her fury after a video of her 12-year-old son being beaten up by a teenager was posted on Facebook.

The distressing video, filmed on mobile phones by the thugs who attacked him, shows schoolboy Josh Cooper wrestled to the ground before being punched repeatedly around his head as he curled up in a desperate attempt to protect himself.

As a mob of teenage boys and girls – believed to be 40-strong – callously film the attack, Josh can be heard screaming and crying on the pavement in a town centre during broad daylight.

The video began with Josh’s 15-year-old attacker, wearing an orange t-shirt and tracksuit bottoms, walking across the street to confront Josh.

Josh’s friend, wearing a purple top, can be seen trying to defend him, but another boy pushed him violently to the ground, leaving the attacker free to hit Josh – whilst several girls ran from the scene

Josh tried to run away but the attacker, believed to attend Josh’s school, chased him down the road. He threw him on the ground before viciously punching him on both sides of his head twenty-three times. The attacker then ran from the scene.

The video ends with a cowering Josh holding his head in his hands and whimpering.

Cruelly, after the attack, a 12-year-old girl posted the video on her Facebook page, where it was viewed by Josh’s distraught mum, Tracy.

Student midwife Miss Cooper, 32, said: “Josh was just minding his own business. The boy who did the attack said that Josh had been slagging off his Mum, but that wasn’t true. He did it because he was bored.

“I first found out about the attack when Josh phoned me from his friend’s house afterwards. He was in a right state and had already called an ambulance.

“Then I saw the video had been posted on Facebook, it was unbelievable. The girl who posted it was only 12.

“You can see it was a pre-meditated attack because the video starts before the attack begins.

“You can even see another 16-year-old lad holding down one of Josh’s friends who tried to stop the attack.

“It was just horrifying to see that happening to my son. Josh’s dad, Glen, can’t even bring himself to watch the video.” 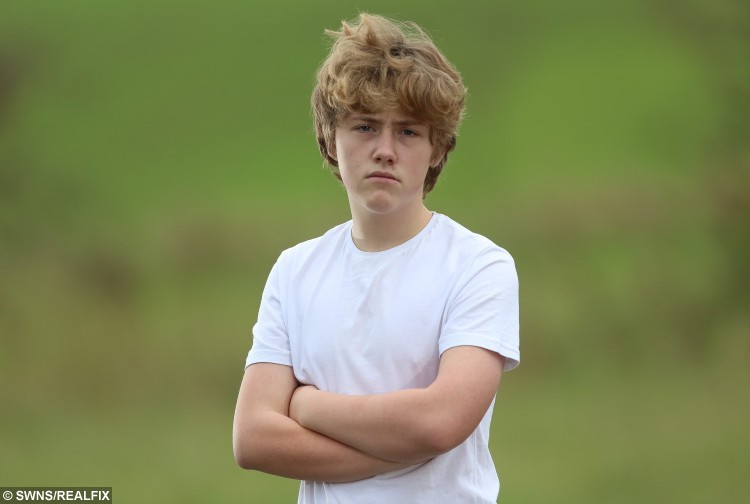 The attack, which happened in Wath, South Yorks., at the start of September, left Josh bruised and battered.

He was taken to Rotherham General Infirmary and whilst he was discharged on the same evening, he was left concussed.

Mum-of-four Miss Cooper is furious that passer-bys can clearly be seen on the video to ignore the attack. One woman can be seen to glance over but moved on quickly, whilst another simply walked past a crying Josh without a second look.

Miss Cooper hit out at their lack of response. She said: “All I can say is that in that situation, I would have tried to intervene.

“You could clearly see that he was getting attacked – why wouldn’t you stop? It’s disgusting that people just left him there one his own.”

She said that one passer-by had got in touch via an intermediary to say how ashamed he was of not helping Josh.

She added that Josh has been made to rewatch the video several times by the police.

The fuming mum told: “They wouldn’t even let me in the room with him when he was being interviewed because they thought I might influence what he said.

“He came out really upset because they’d made him watch the video. He really didn’t want to see it.

“He’s a lovely lad – all the girls love him, and he’s not the type to go looking for a fight.” 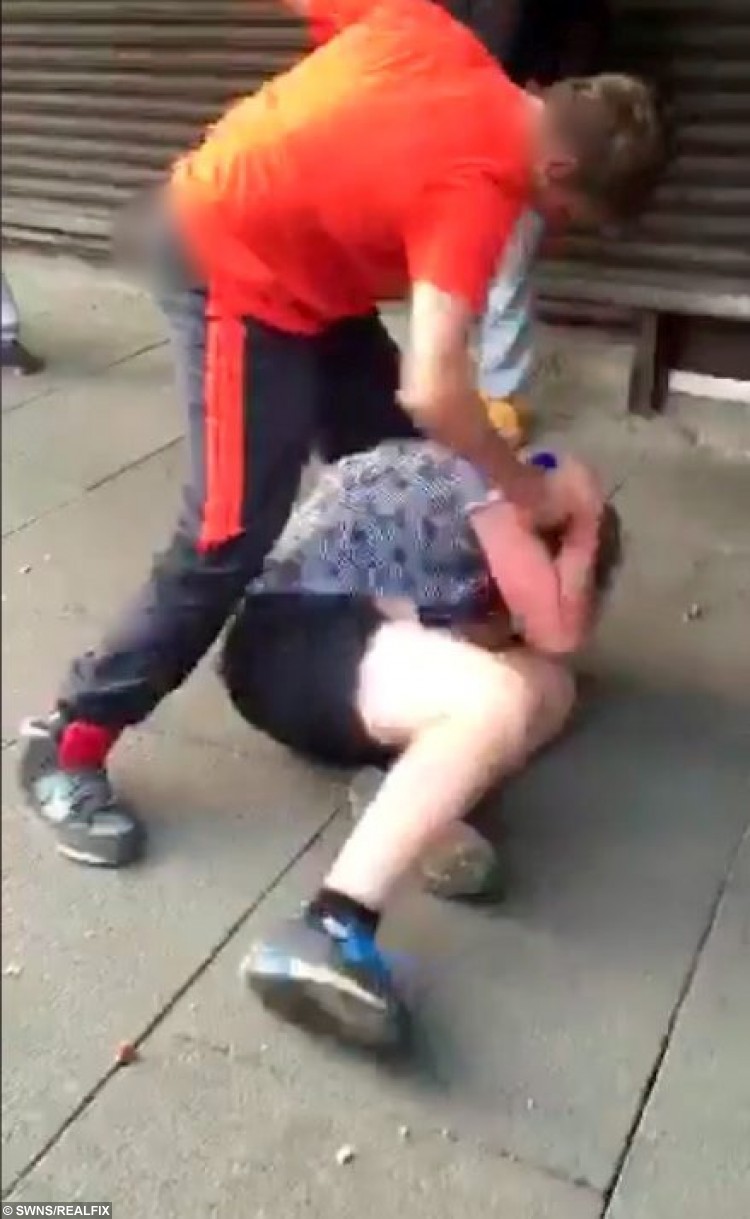 South Yorkshire Police cautioned the boy after the attack – but for Miss Cooper, that wasn’t enough.

She said: “It’s not on – we were told that the boy would go to youth court. They handed the case to the CPS but they said it wasn’t violent enough to take to court. How violent do you want it to get?

“They said that the boy who attacked Josh broke his hand, but I don’t have sympathy for that.

“If he’s going to hit people just because he’s bored, he needs to face the consequences.

“We were promised a meeting between Josh and his attacker where he could formally apologise for what he did, but we haven’t even got that.”

Miss Cooper said Josh’s school, Wath Comprehensive, asked him to stay off school until his bruises had healed.

She said: “They said he’d just be drawing attention to what had happened. Josh was the victim and they were treating him like he’d done something wrong.

“Why should he have to miss out because of what happened to him?”

“On his first day back, he was a wreck. People were laughing at him and he had a lot of nasty comments.”

She said it was two weeks before Josh returned back to school.

Police asked Josh if he’d be willing to transfer schools, but Josh wished to remain with his friends.

The video is no longer on Facebook after Miss Cooper encouraged friends and family to report it, and teachers at Wath Comprehensive have told pupils they must delete the video if they have it on their phones.

Josh is still suffering from the trauma of the attack.

Miss Cooper said: “The physical scars have healed but the emotional ones are still there.

“Josh doesn’t even want to walk to the shop by himself now and he walks to long way round to get to school. That boy who did it is still walking around, thinking the whole thing is funny.

“I just want justice for my son. His attacker should have faced the youth court.”

South Yorkshire Police said: “A 14-year-old boy (he’s now 15) from Wath was given a youth caution in relation to an incident on Tuesday 8 September 2015.

“At about 6.45pm on 8 September it was reported that the boy assaulted a 12-year-old boy, also from Wath, in Montgomery Square in Wath, Rotherham.”

A spokeswoman from the CPS said: “This matter was handled by South Yorkshire Police who dealt with it by way of a youth caution.”

Headmistress of Wath Comprehensive Pat Ward said: “I can confirm that one of our pupils returned to school three days after the incident and has resumed their normal classroom studies.

And a spokeswoman for the school said: “This is a police matter and we won’t be commenting further.”

Josh is now seeking the help of specialist victim support services to help him with his recovery.

When you find out that colouring can do THIS you’ll be grabbing some crayons!

When you find out that colouring can do THIS you'll be grabbing some crayons!