by RealFix
in Crime, Must Read, Relationships
0

This is the unexpected moment a newlywed couple posed for a wedding photo – as a massive police raid took place behind them, uncovering nearly 1,000 CANNABIS plants.

When Sarah and Alan Buckley planned their wedding in Gloucester city centre, they certainly did not dozens of police officers and hundreds of cannabis plants to be part of their wedding shoot. 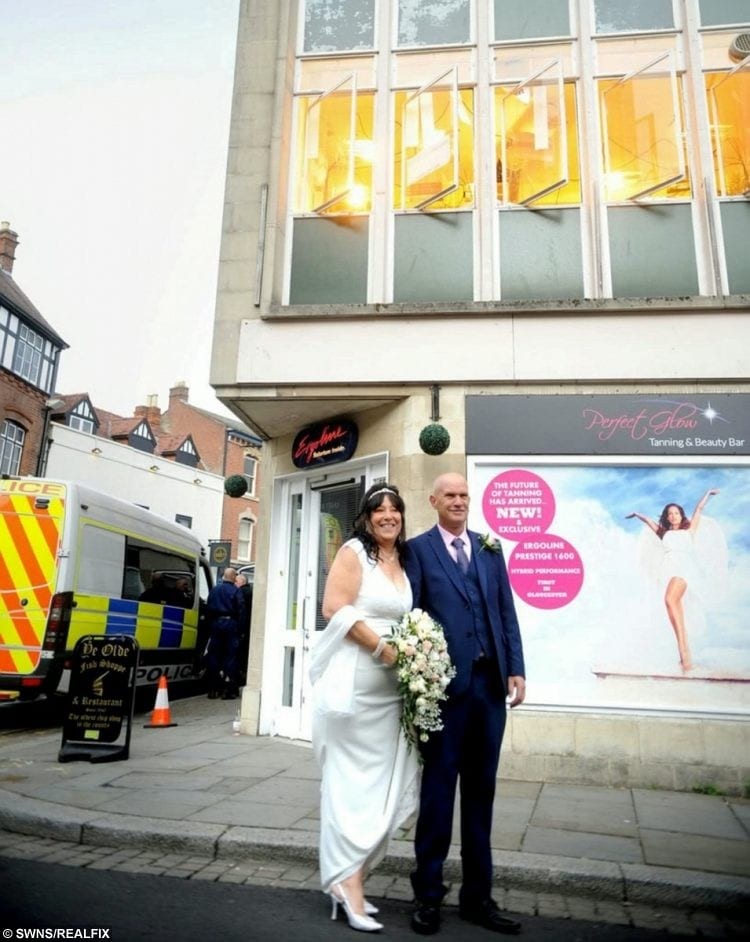 But the happy couple went along with it, and beamed for photos in front of a huge building in Northgate Street, where windows had been flung open and heat lamps could be seen inside.

The new Mr and Mrs Buckley posed for the photo with a police van just behind them as the raid took place.

Two men aged 23 and 31 were arrested on suspicion of drugs manufacture, and have since been charged and will appear at Cheltenham Magistrates Court on Monday.

Couple Living The Dream After Spending £20,000 To Create Their Perfect Motor Home – Out Of An Old Bread Lorry

Couple Living The Dream After Spending £20,000 To Create Their Perfect Motor Home - Out Of An Old Bread Lorry