Orange is the new WHACK! Shop worker fights off robber with Iron Bru

Shopkeeper Muhammad Ashfaq, (R) with his assistant Yvonne Burns, 56, at MM News Store in Boswall Parkway, Pilton, Edinburgh, where a robbery was foiled with an Irn Bru Bottle. See Centre Press story CPJUICE; A SHOPKEEPER and his assistant fought off a masked robber who tried to steal cash in the latest in a string of raids on his shop. Hamad Ashfaq was behind the counter at MM News Store on Boswall Parkway, Pilton, when the man burst in and demanded money. The suspect – who waswho was wearing a black balaclava – punched Mr Ashfaq in the head and chest while screaming at him to open the till. Despite being injured, Mr Ashfaq fought back while his assistant threw a bottle of juice at the man’s head. He then pursued the robber when he fled the shop empty-handed, but lost sight of him as he entered Crewe Place shortly afterwards. Mr Ashfaq, who has run the store with his brother and cousin for seven years, said he suspected the robber had something sharp and heavy within his gloves during Monday night’s incident.

Brave shop assistant Yvonne Burns fought off a masked robber by whacking him over the head – with a bottle of Irn-Bru.

And she gave him a soaking in the process – because the bottle burst as it made contact with the man’s head, sending the bright orange drink soaking into his balaclava.

Fearless Yvonne was stacking shelves when she saw the thug at the shop’s counter, screaming abuse at owner Muhammad Ashraf and punching him in the head.

So she grabbed the first weapon that came to hand, the bottle of juice. 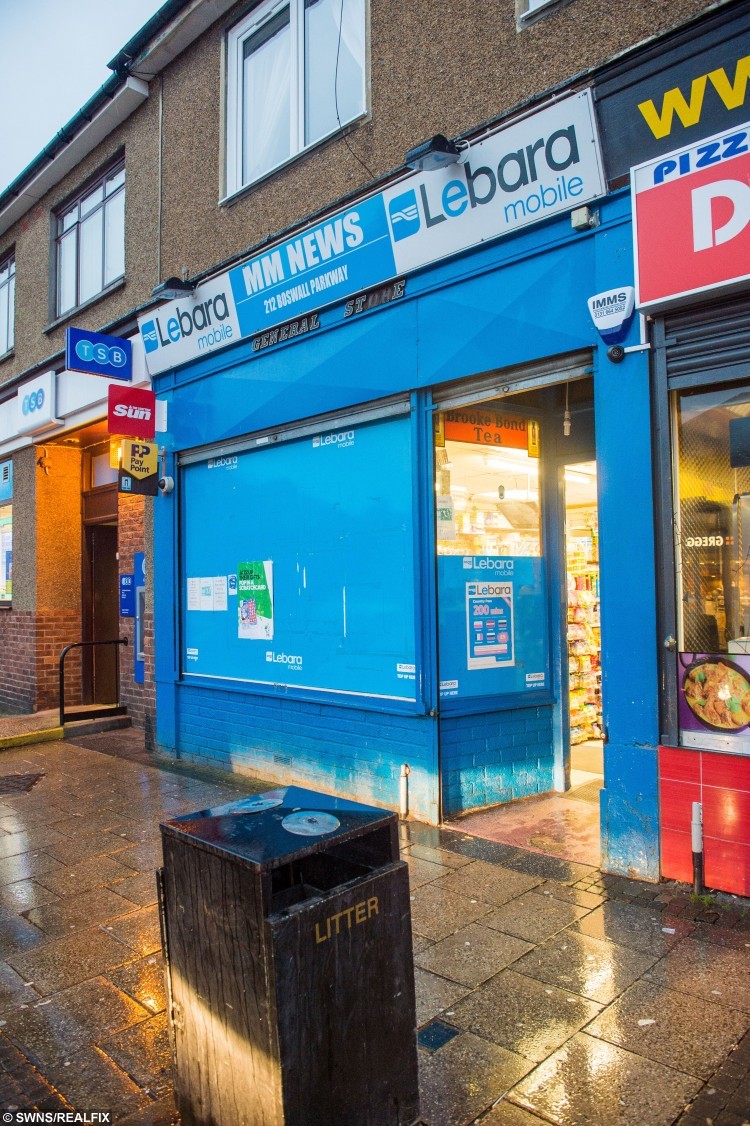 Mother-of-one Yvonne said: “It was pretty scary but I’m glad I did it. I just knew I had to do something to help Muhammad.

“The Irn-Bru bottle was the first thing I could find. I hit him over the head as hard as I could. When the bottle burst I thought, ‘Serves you right for trying to rob the shop.’

“Muhammad’s a friend of mine and I help out when he needs a hand. He doesn’t pay me, I do it as a volunteer.”

The raider had punched Muhammad in the head and chest while screaming at him to open the till at his newsagents store in Pilton, Edinburgh.

The raid, on Monday, is the SEVENTH robbery or attempted robbery at Muhammad’s shop in five years. But the dad-of-four says the villains won’t deter him from trading.

Muhammad, 39, who runs the store with his brother and cousin, said he suspected the robber had something sharp and heavy in his gloves during the attempted robbery at 6pm on Monday.

He said: “I could only see his eyes.

“He punched me on the head and on the chest as well. I think he had something in his glove – I have got a big bump on my head.

“He started throwing all the stuff off the counter.”

“I punched him back then Yvonne got stuck in with the Irn-Bru.”

“He ran out and I followed him. There was no way I was going to let him get away with it.

“It’s amazing the things you can use a bottle of Irn-Bru for. It comes in very handy.

“We’ve had a lot of people trying to rob us, but I’m staying open to serve my customers.” 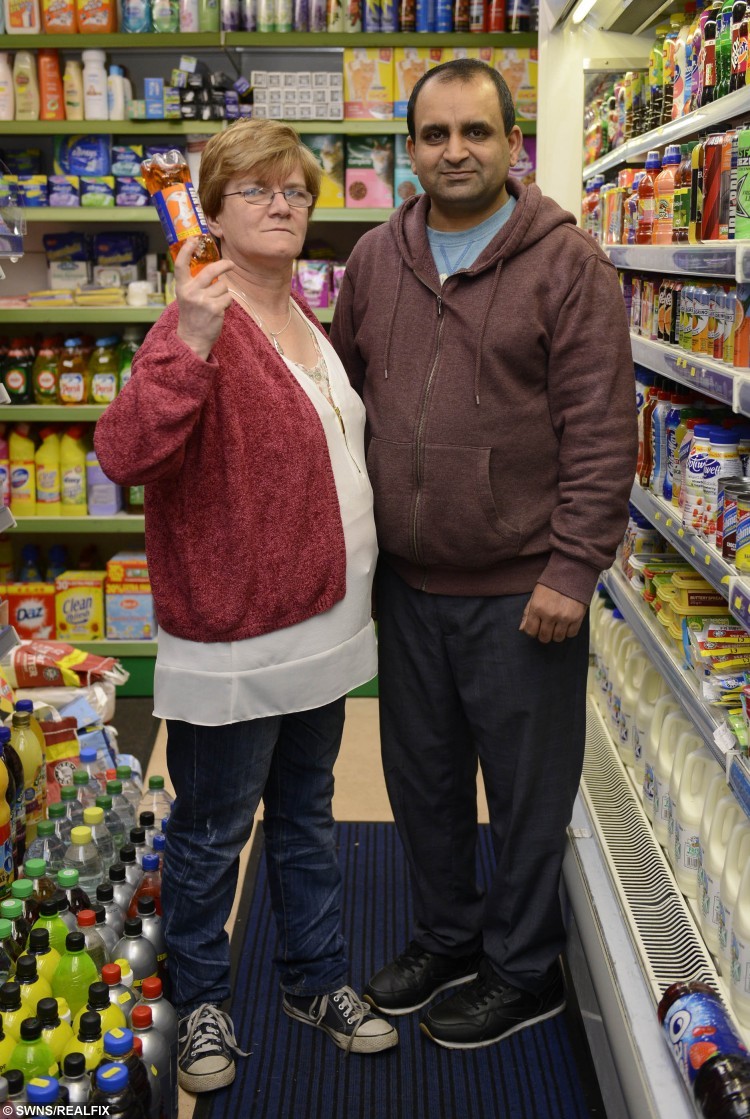 In previous incidents, a member of Hamad’s staff was threatened with a meat cleaver before robbers stole £700 and another worker was struck on the head with a piece of wood by a regular customer, who made off with hundreds of pounds.

The suspect is described as a white man in his early 30s, around 5ft 6in tall with a large build.

He was wearing black cotton jogging bottoms, a black hooded top with a full-length zip and front lower pockets, and a black woolly balaclava.

Man astounds his girlfriend after meeting a Sandman at the bar