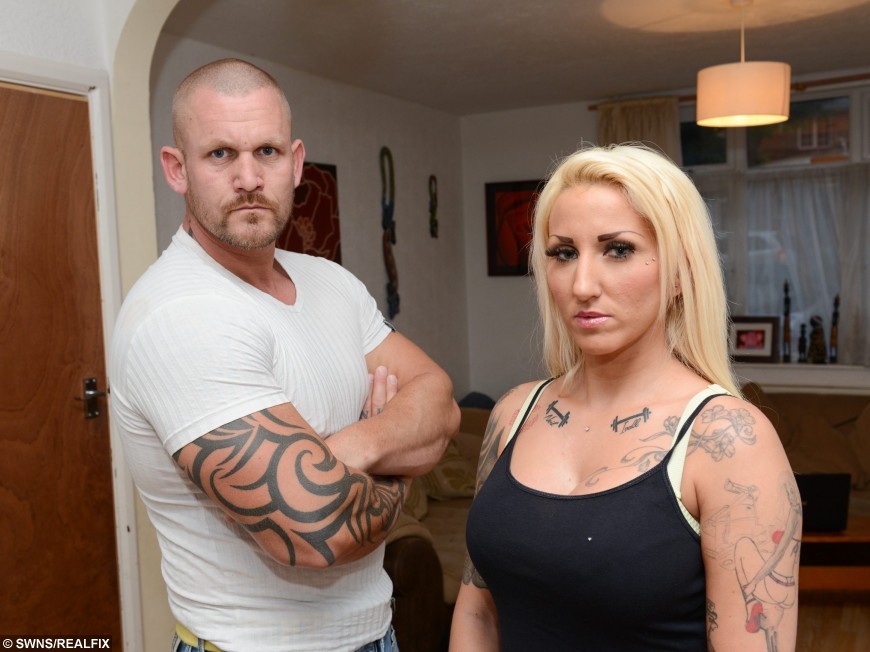 A couple have turned into paedophile hunters after their own daughter became a target online.

Neil and Katie Ivall have created a fake social media profile for a 12-year-old girl to meet and ‘expose’ suspected child sex offenders in public places. 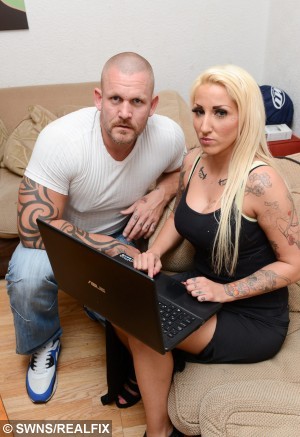 In the last two months alone they have filmed encounters with six men who have arranged to meet the imaginary youngster.

Builder Neil, 38, said: “The whole thing started off in our house, my step-daughter was groomed over a period of a year and half by a total of up to four guys.

“While we were looking into that and what these guys were up to we came across others, we decided we could take a couple of these people out.

“It came to light that this is a big problem – after catching the first one there was another one.

“If we had the money and the resources we could do two or three a day, it is rife.”

After creating their fictional 12-year-old girl the couple, from Dunstable, Bedfodshire, were inundated with messages, which continue to flood in now.

Katie responds to those who get in touch, many of whom later ask to meet the ‘young girl’ and screenshots are taken of the lewd chat logs.

The couple strongly deny accusations of entrapment and Katie, 30, a beautician, said: “I don’t push the conversation in any way.

“When they do become sexual I’ll act really naive to the situation and I constantly remind them of how old the girl is.

“They start off with a nice normal conversation and then it slowly becomes rude.

“When they ask for pictures I say I’m not comfortable with that.

“There is no entrapment at all – it is purely them who choose to talk that way or ask to meet, it is their choice.”

The couple’s first meeting came with Peter McCallum, 33, from Coventry, who later handed himself in to police.

He pleaded guilty to charges of communicating and attempting to meet two girls under the age of 16 and is being sentenced at Warwick Crown Court on September 21.

Police also charged two men in Luton handed to them by Neil and Katie.

Footage shows one of the men, who believed he was going to meet a 14-year-old girl at a railway station, admitting he was ‘ashamed’. 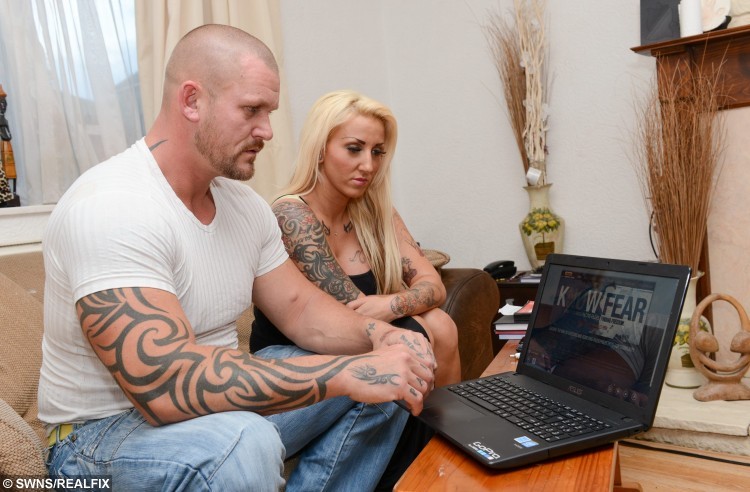 A separate video shows the other man being confronted outside The Mall, Luton.

Other ‘stings’ have taken place in Northampton and Nottingham.

Neil said: “To begin with we had a rough idea what we wanted to do, to ask them questions and see if they would talk about it.

“We get answers and I always put it to them ‘what will your wife say about this?’

“We don’t go there for trouble or looking to hurt anyone, we just want to expose these people.”

Bedfordshire police said: “Our advice is to never take the law into your own hands.”

The force added that those not familiar with the legal system “could put cases in jeopardy and run the risk of genuine offenders not being brought to justice”.

Despite the warning, Neil insists that he and Katie have had the support of officers who have responded to their 999 calls.

He said: “Every time we expose [alleged paedophiles] we go with the evidence we have got and we hand it over to the police that day.

“The police have not got the time or resources to do what we do, they tell us that themselves.

“They have been very helpful and they support us all the way, they can’t do what we do although they would love to.

“We don’t want to leave it until it is too late, we want to stop it.”