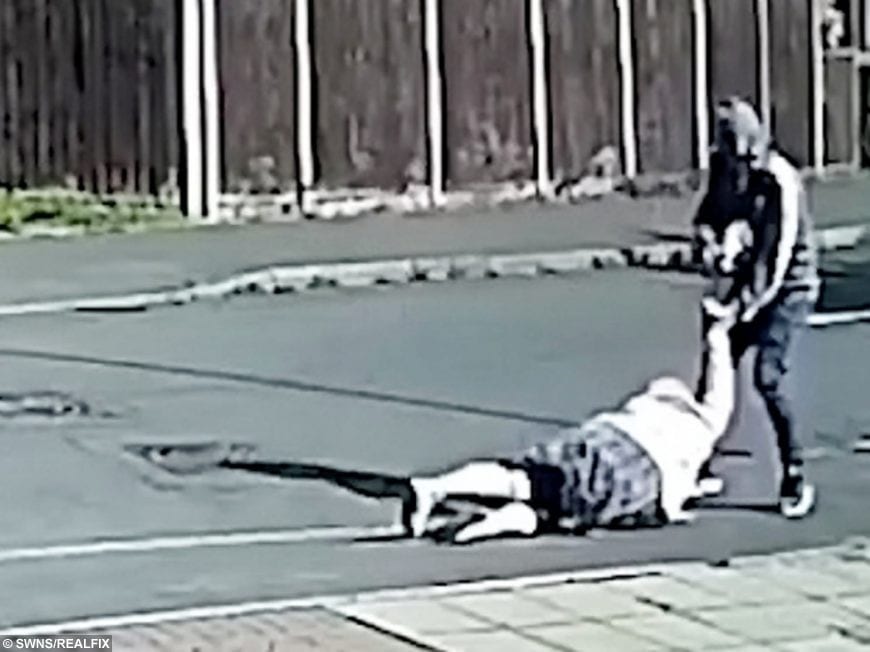 Police are hunting a thug caught on CCTV snatching a handbag from an elderly woman as she walked along a residential street in broad daylight.

Shocking footage shows the moment the 79-year-old victim was pounced on as she walked on the path before dragging her down the street.

The victim suffered a broken arm in the attack which happened as she made her way along St Theresa’s Close in Kettering, Northants., between 3.20pm and 3.50pm on Sunday (8/9).

Detective Constable Paul Bates said: “Many people will be shocked by the CCTV footage we have released today and rightly so.

“This lady, like everyone else, should be able to go about her business and feel safe.

“Her attacker has taken that feeling of safety away from her and it is imperative that he
is identified and brought to justice.”

Two 31-year-old men have been arrested in connection with this offence and have been released on bail pending further enquiries.