Police are hunting two men who left an elderly victim with horrific injuries after breaking into his home, before beating and robbing him.

These are the shocking injuries a pensioner suffered after being brutally attacked and robbed by two lowlife thugs who burst into his home at night.

Emergency services attended the scene in Little Aston, near Sutton Coldfield, West Mids., at 10pm to find the retired company director lying on the floor in a pool of blood.

He was rushed to Good Hope Hospital having been repeatedly punched in the face and kicked by the yobs as he lay helplessly on the ground.

The OAP is currently being treated for severe bruising to his left eye, neck, chest, both hands and right arm, which will require surgery.

Staffordshire Police said the thieves ransacked Mr Gumbley’s home sometime between 8pm and 8.30pm and stole cash from his wallet

The suspects are both described as white, with one in his late teens and the other in his mid-twenties. 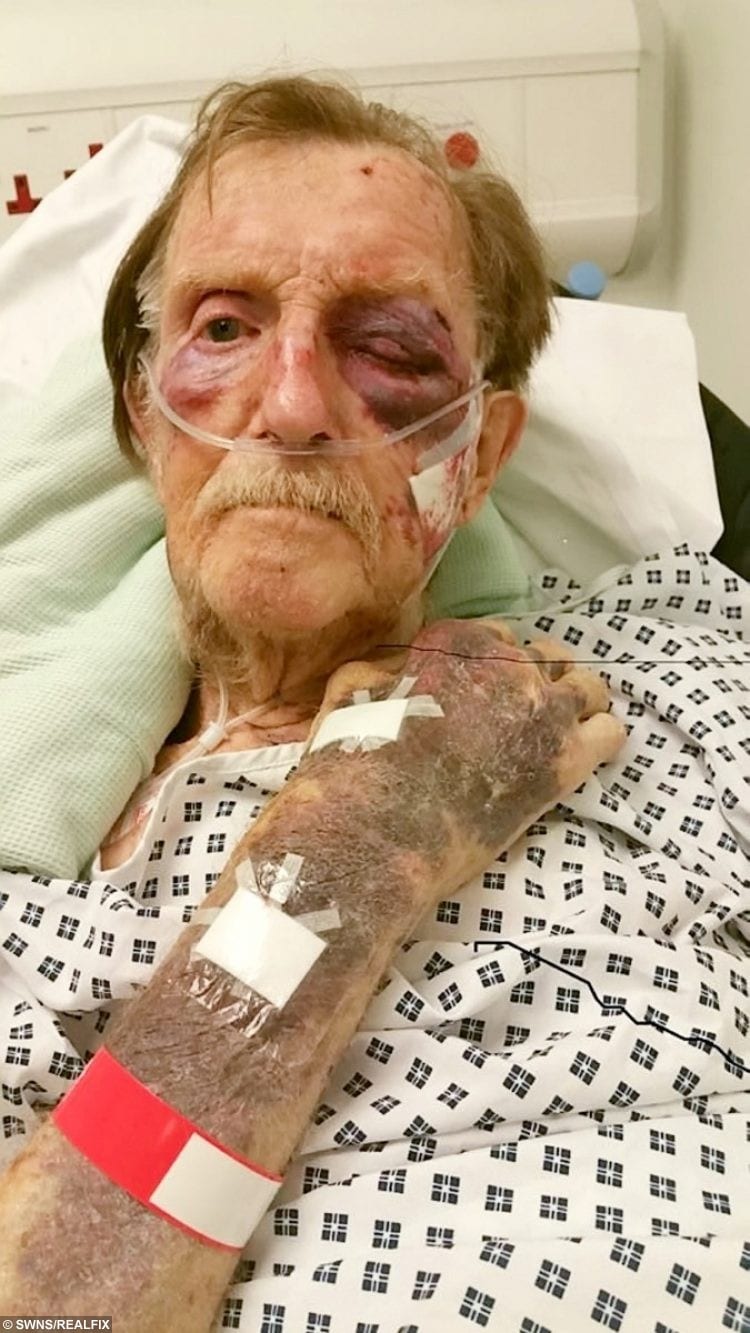 Detective Inspector John Quilty said: “This was a despicable and cowardly attack on a defenceless, elderly man in his own home.

“His family has agreed to release photos of his injuries in the hope that anyone who has any information about the attack will come forward.