Police are hunting a brainless BMW driver who was caught on dashcam stopping on a busy motorway – to let his child out for a WEE.

The motorist parked with his hazard lights flashing on the southbound carriageway of the M1 just yards away from an exit for a services.

Dashcam shows a little boy in a white shirt and grey trousers crouching down to relief himself before getting back into the silver car. 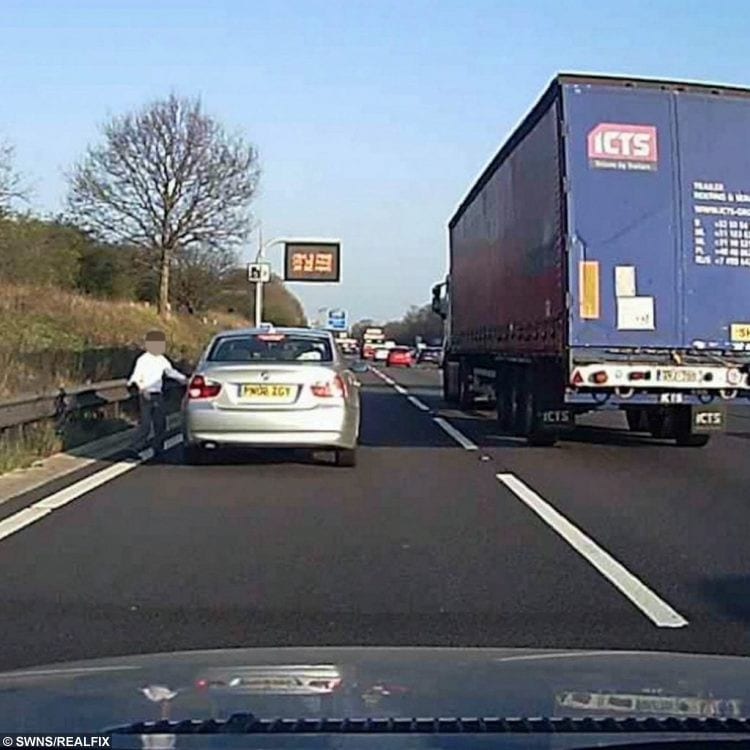 The driver, who did not want to be named but posted the footage online, said: “I was heading home from work at around 5pm on the M1.

“I was in lane one which is the turn off for junction 16.

“There was a lorry in front of me but then it moved into the second lane.

“I could see that there was a car in front but the sun was low so I couldn’t see his hazard lights which were on.

“I had to stop in a live lane of the motorway behind this mindless idiot.

“I saw a young a lad, about six or seven crouching down and having a wee on the carriageway.

“It was crazy, I’ve never seen anything like that before. 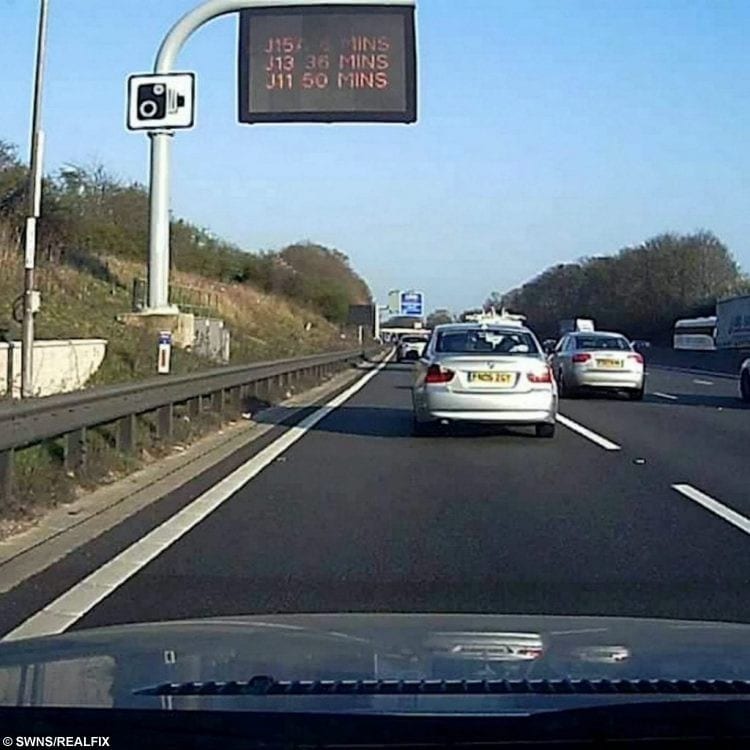 “I was pressing my horn to tell him to get out of the way.

“What I saw was beyond belief and it could have easily resulted in a serious injury or
even death.

“I was afraid the cars behind me wouldn’t be able to stop in time.

“I was fearful of someone going into the back of my car, which would have sent me into his.

“Maybe the driver thought it was a hard shoulder but it’s clear from the signs above it wasn’t and there were loads of cars driving along it.

“After the kid was done he just got back into the car and they drove off.

“I pulled up next to him and told him off but all I got in return was two fingers, which was charming.

“He didn’t even recognize that he had done wrong.

“I was there for less than a minute but that’s all it takes for to have been an accident.

“I just want to put this out there so it shows people just how dangerous it.

“We were literally 30 seconds from the next exit, which is what makes this all more ridiculous.

“There was no excuse for him to stop there. can be to stop on the motorway without good reason.”

Northamptonshire Police are investigating and have appealed for the BMW driver to come forward.

Barbie Loving Woman Colours All Her Belongings PINK – Including Her House, Car And Caravan

Barbie Loving Woman Colours All Her Belongings PINK - Including Her House, Car And Caravan