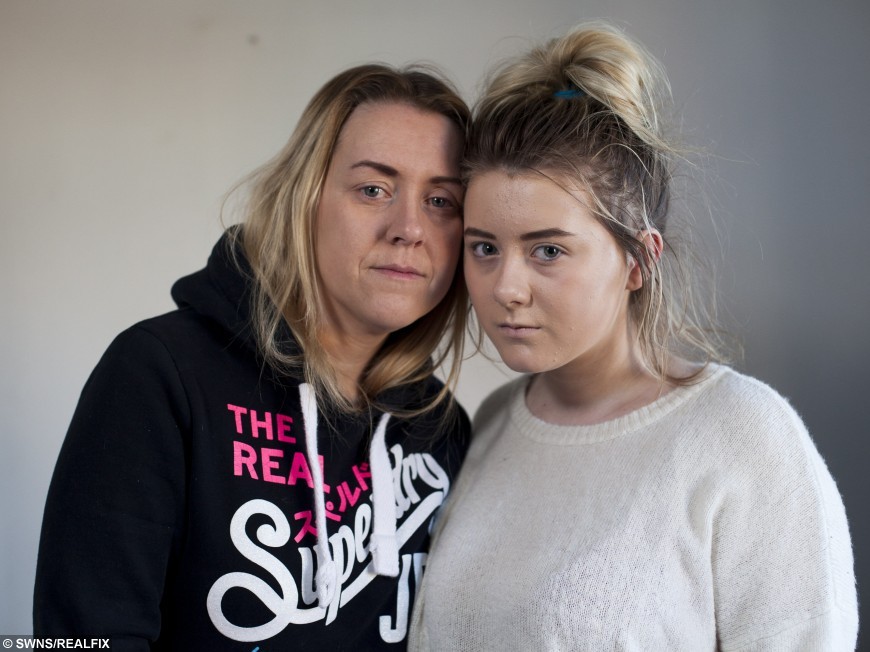 A 14-year-old girl was brutally battered in the street by a gang of evil school bullies who filmed the horrific attack on their mobile phones and uploaded it to Facebook.

Bethany Gallimore was set upon by the girl yobs as she walked through a town centre to meet her parents on Sunday evening (27/3).

The schoolgirl had got off the phone to her mum just minutes before a group of around 14 youths surrounded her and started shouting vile abuse.

Two members of the group then launched a sickening unprovoked attack as bystanders egged them on in Kidsgrove town centre, Stoke-on-Trent, Staffs.

Shocking footage shows the teenager being repeatedly punched, kicked and stamped on as well as having clumps of her hair pulled out. 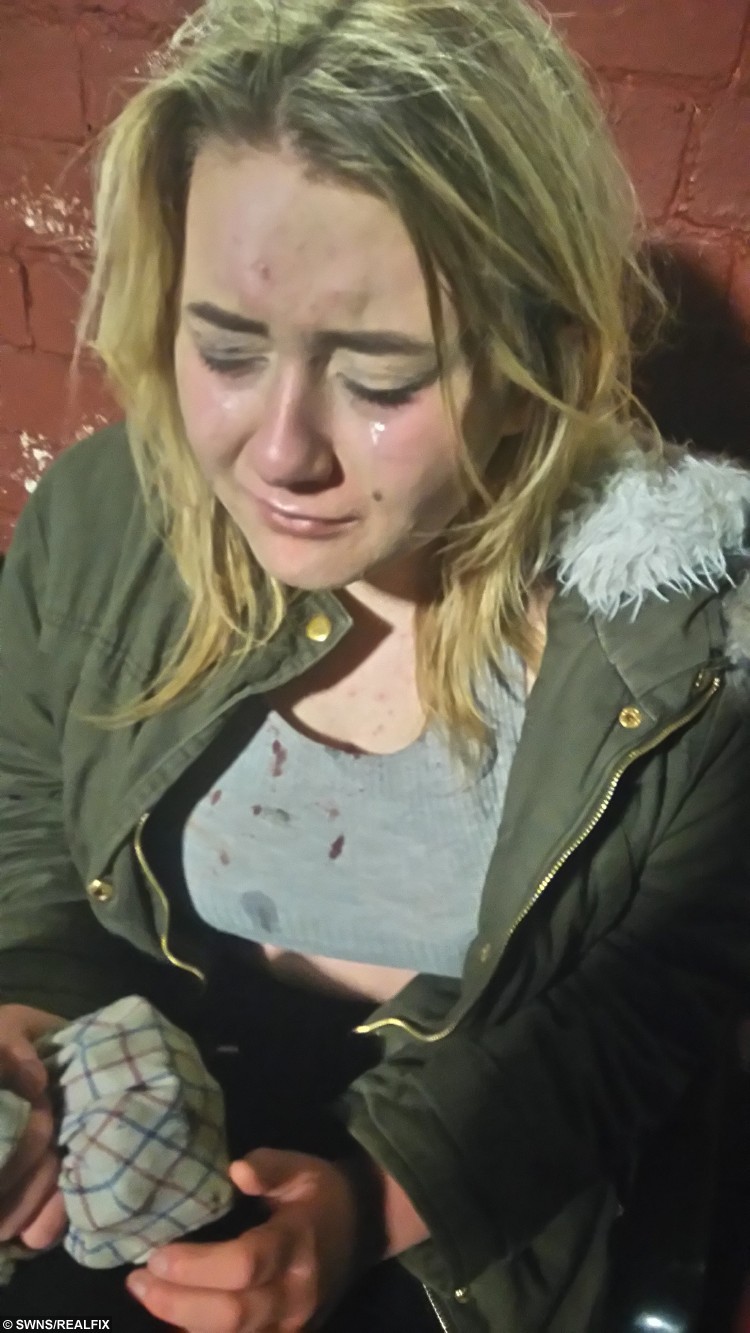 Bethany Gallimore 14 after the attack.

During the 28-second clip one person can be heard saying “You’ve f***ed her nose up” while others are laughing as she is subjected to the humiliating assault.

After being battered and spat on Bethany managed to stagger a short distance to find her parents with blood pouring from her face.

She was taken to the Royal Stoke University Hospital where she had an X-ray on her hand and was treated for severe bruising and cuts.

Staffordshire Police confirmed they have now launched an investigation into the incident. 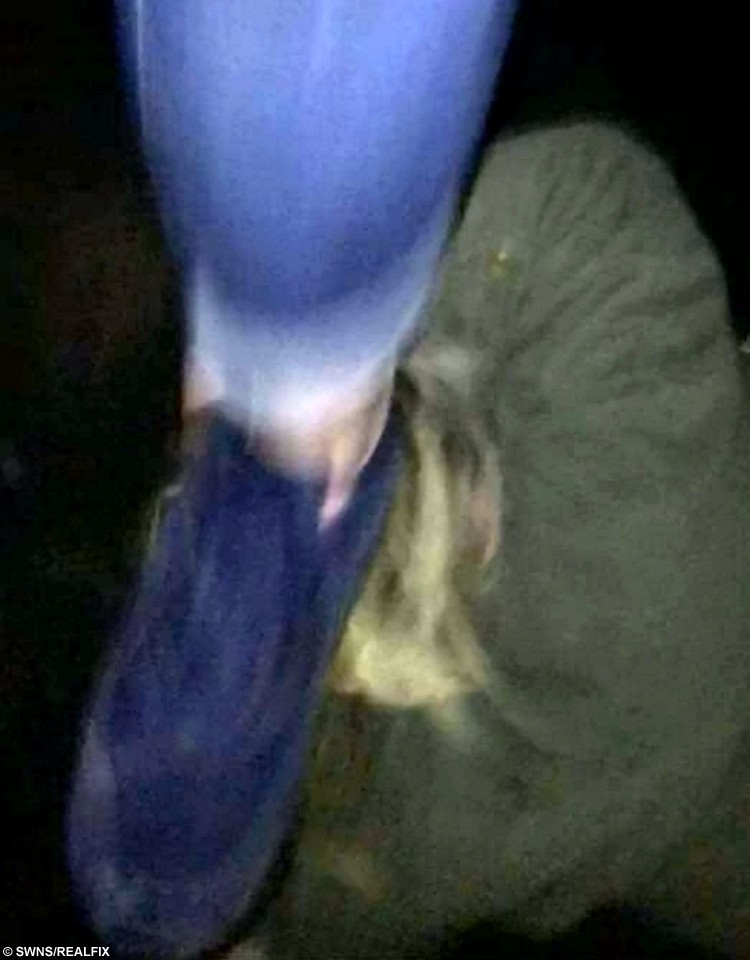 Yesterday (Wed) brave Bethany, from Mow Cop, Staffs., spoke out about her harrowing ordeal in a bid to highlight the issue of bullying.

She said: “I’ve had to move schools before because of bullying and I want people to see the impact of their actions.

“I don’t usually walk that way. I was walking down the road and saw a large group of people in the distance, at the other end of the road.

“All of a sudden, they started running towards me and crowded around me saying that I was ugly and fat, and that they hoped I would drop dead.

“They hit me across the face and kicked and punched me everywhere. They then spat on me and left.

“They were asking me why I wasn’t fighting back but I’m not that kind of person.

“I have been bullied since I was in Year 7, so it was bound to happen sometime.

“But I don’t want it to happen to anyone else.

“It is upsetting to see my mum so upset. I burst into tears as soon as I saw her.” 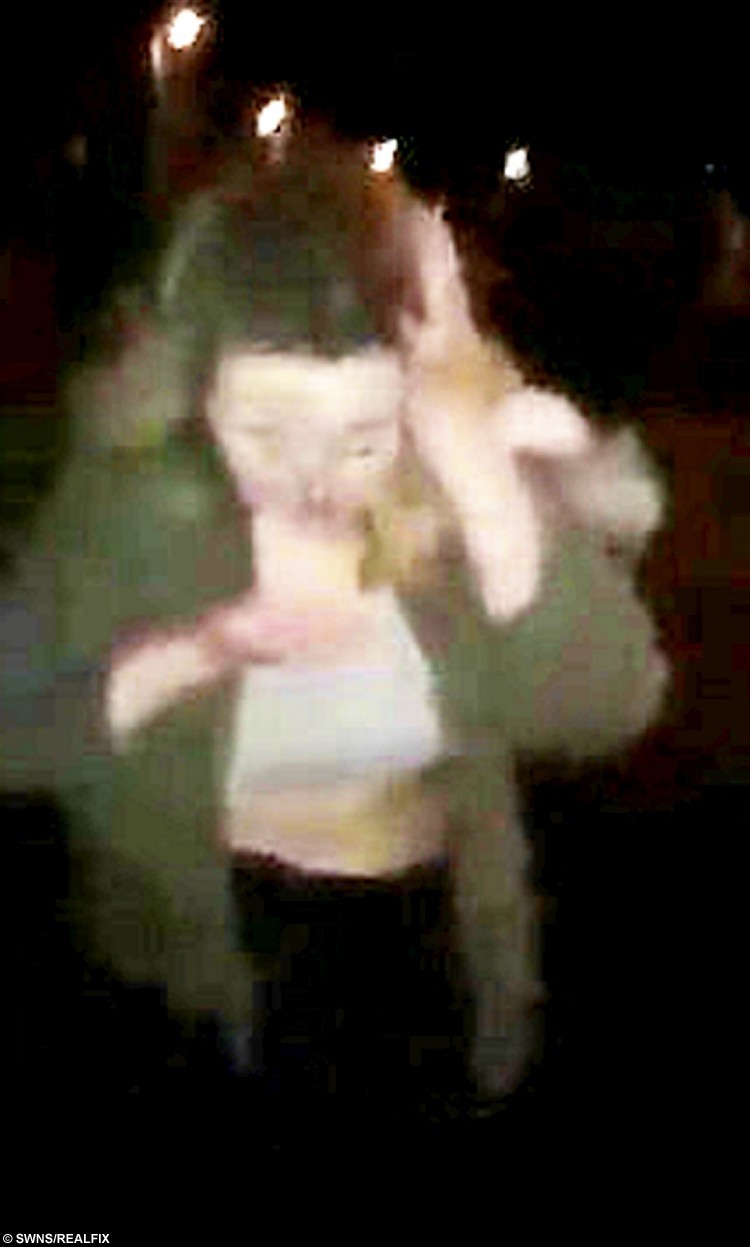 Video still image of Bethany Gallimore immediately after the attack.  The 14-year-old needed hospital treatment after being savagely beaten up in the street, leaving her with blood pouring from her face.

The Congleton High School pupil says she wants as many people as possible to watch the footage to help get the yobs responsible caught.

She added: “I want people to see what had happened to me by watching the video on Facebook.

“I’ve had lots of friend requests on Facebook and messages, asking if I was alright. A girl from New York even messaged me.

“She had seen the video and she said lots of bloggers from America have written about it.

“She was really kind, she was wishing me luck. It cheers me up to know people care.

“I am worried about going back to school, I know everyone has seen the video and will be talking about it.

“My back and neck are still painful and I’m in shock.” 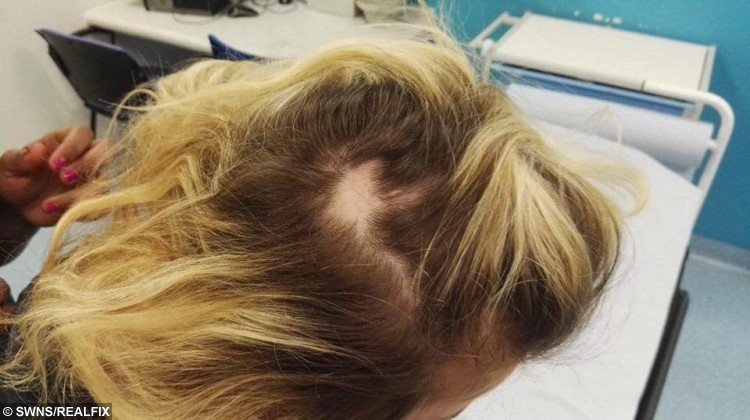 Bethany Gallimore (14) who had clumps of her hair pulled out in an attack by school bullies.

The footage, which was later deleted, has been shared by Bethany’s mum Denise alongside the message: “This has got to be the hardest thing I have ever seen and had to deal with as a mother in my whole life.

“I have seen it once and will never watch it again, because that image is stuck with me now.

“But I want everyone to see and to know who the scum are that did this to my little girl last night.”

The video has since been shared almost 5,000 times. 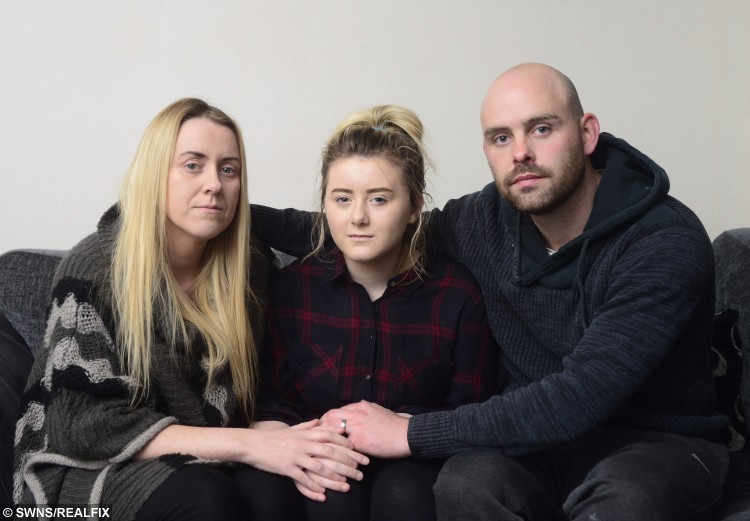 Mum-of-four Denise, 32, added: “When she came into the pub, I just thought ‘Oh my God’. She had blood pouring from her face so I took her into the toilet.

“She told me what had happened but I think she was trying to protect me.

“When I saw what they actually did on the video, I was so shocked. I will never watch it again.

“One of them held her while the other one punched her in the face. It made me feel awful that I wasn’t here, we were only down the road.

“I don’t want these kids to walk the streets of Kidsgrove and get away with it. I want people to know what those girls are capable of doing.

“It makes me feel sick to think about what happened.

“People are always telling me what a lovely girl she is. She is so caring. She has loads of friends and is a very happy girl, everyone loves her.

“Obviously, she has been really upset but I know she won’t let them bring her down. She will get back up.” 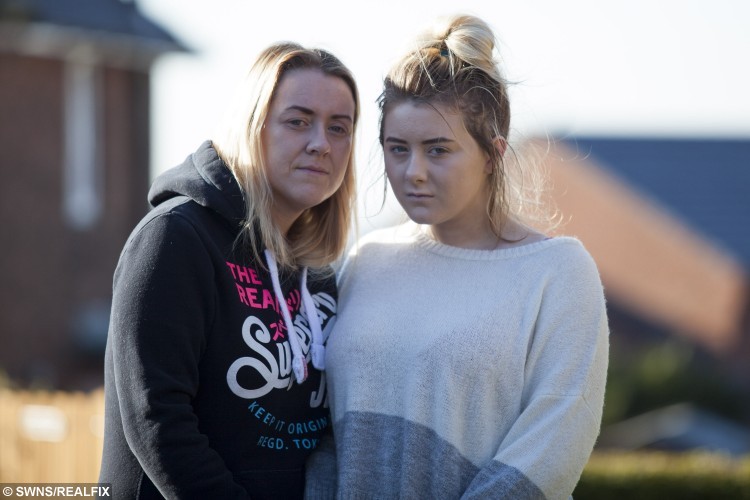 Denise Gallimore 32 & Bethany Gallimore 14 at her home in Mow Cop, Stoke on Trent.

Bethany’s step-dad Daniel Gallimore, 28, a lorry driver, added: “I was so shocked to see her like that. I was angry and upset but also really frightened for her.

“We cleaned her up and took her home and later we saw the video on Facebook.

“The support from everyone has been really brilliant. It has helped us all, but it is still a really difficult time.

“As a father, it really does get to me. I used to be bullied when I was younger and to see this happen to your child is terrible.”

Bethany’s parents said they are concerned whether she will be well enough to return to school after the holidays.

Daniel added: “She is too unwell to go back anyway, but more than anything, she is so emotional.

“It is going to be really hard for her.”

A spokesperson for Staffordshire Police said they were aware of the incident and were making inquiries.

Anyone with information is asked to call 101, quoting incident 685 of March 27.

« Previous post Something Borrowed - a bride walked down the aisle in her gran's stunning 50 year old dress
Next article » Is technology driving your family apart? A news study shows we spend just 38 minutes together a day