This is the terrifying moment a 75-year-old man was battered by three thugs in a bungled carjacking.

Dashcam footage from the victim’s car captured the thieves ambushing the pensioner as he drove his Ford S-Max under a railway bridge at 1.30pm on Monday (31/10).

The driver had travelled 50 yards down Roberts Road in Acocks Green, Birmingham, when he was stopped by a yob who stood in the narrow road blocking his way.

One of the men tapped on the driver’s window with an imitation firearm while another threatened him with a large kitchen knife before forcing him out of the car.

The crooks only managed to drive a few yards but were forced to abandon the car on nearby Oxford Road when they stalled because the victim was still holding the keyless fob which operates the ignition.

The fearless pensioner confronted the thieves and was assaulted and pushed to the floor, but refused to hand over the key fob which is needed to start the car.

Local residents saw what was happening and rushed out to help the victim before chasing the thieves who fled on foot.

“Clearly this would have been a terrifying ordeal for anyone and I want to commend the bravery of the victim. 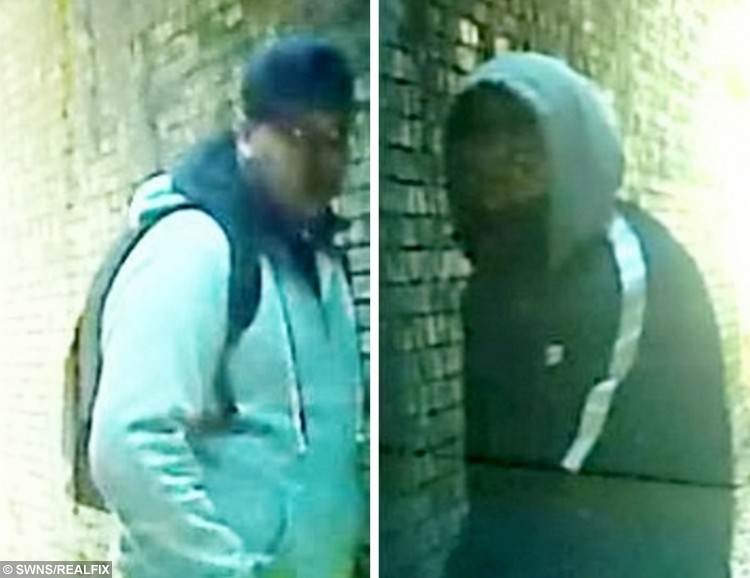 “Thankfully he was not seriously injured and his actions prevented the thieves from successfully stealing the car.

“As such we’ve been able to secure good quality dash cam footage from the on-board camera, and our main priority now is to identify these men as quickly as possible.”

Yesterday police confirmed a 17-year-old boy was arrested in connection with the carjacking and will be questioned by detectives.

Mum gets £200,000 payout after hospital blunder left her with flesh eating disease which destroyed her womb