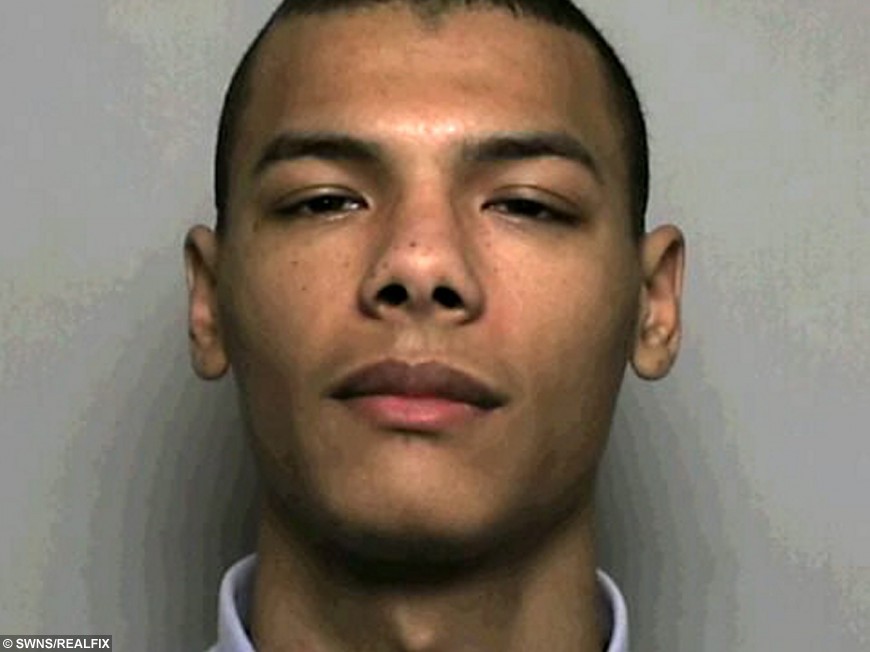 A lad once dubbed ‘Britain’s worst teen’ before becoming a successful male model has landed himself in jail again – for breaking his girlfriend’s jaw.

Violent Korrel Kennedy, 22, modelled for fashion designer Jean Paul Gaultier at the Paris fashion show as well as in magazine shoots – after serving an Asbo as a young teen.

He once wrote to his local paper saying he had turned his life around, thanks to his handsome features and chiselled abs.

But Kennedy, of Hove, East Sussex, is back in prison after being jailed on Friday for four years.

In a new low, he punched girlfriend Bonnie Caroll during a night out in August last year and was arrested by her side in hospital the next day.

Aged just 14, Kennedy was handed an Asbo banning him from swathes of his home town for a string of offences including assaulting police and doctors after a bout of drinking.

His hell-raising antics led him to be described as one of “Britain’s worst teens”.

The thug was signed up to a modelling agency age 15 after a talent scout spotted the good-looker in a tattoo parlour.

M+P modelling agency was aware of his troubled past when he was hired but decided to give Kennedy a second chance and believed he had an “amazing future ahead of him”.

But it wasn’t long before he was sent down for two-and-a-half years for chasing a man through Brighton with a knife and threatening hospital staff in the city’s Royal Sussex County Hospital, in 2011.

The yob was also shamed in 2013 when he showed off in his pants in his cell kitted out with gadgets in HMP Rochester, Kent.

Justice Secretary at the time Chris Grayling reacted with fury and stripped him and his cell-mate Sonny Barker, at the time 20, of their luxuries that included a PlayStation and a TV.

In his latest court hearing Kennedy was jailed for three-and-a-half years after being found guilty of grievous bodily harm and six months for theft concurrently at Lewes Crown Court.

He denied both charges, but was handed an indefinite restraining order against girlfriend Bonnie.

On his Twitter page he describes himself as “HMP King” – thought to be a boast of his time in prison.

And in March 2014 he tweeted “F*ck you PC prick #f*cksussexpolice” with a picture of him sticking his middle finger up at a cardboard cut-out of an officer.

He also posed with former gang boss Eddie Richardson and tweeted that he is a “living legend”.