Village comes together in anger over despicable act of vandalism

Harefield churchyard in Hillingdon, west London, has around 120 headstones dedicated to brave soldiers who perished in the Great War.

But blue paint was found daubed over the rare scroll-shaped tombstones on Sunday morning.

Local Conservative councillor Jane Palmer said she was “in tears” at the depressing discovery.

Met Police are currently investigating – but it’s not the first time the graveyard honouring troops from Australia and New Zealand has been attacked his year. 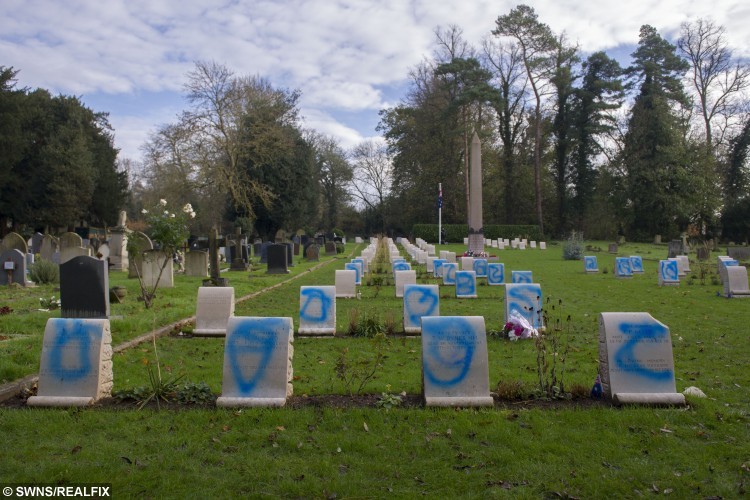 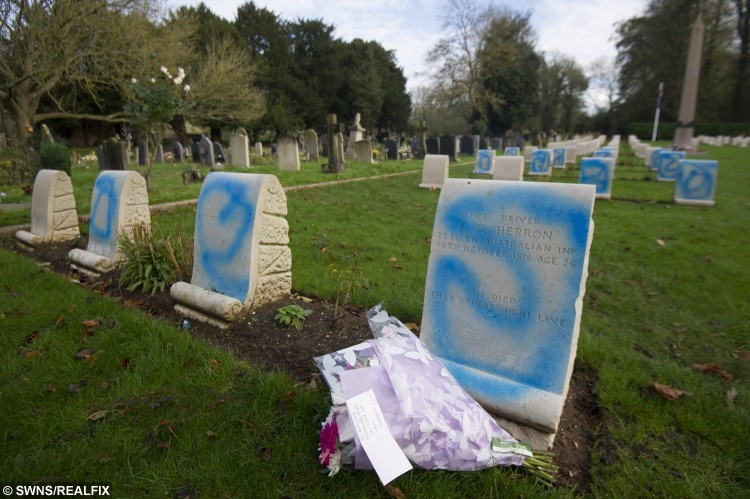 In April this year a memorial spray-painted and the flagpole cut by unknown trouble-makers.

It happened on the eve of the 100-year anniversary of Gallipoli, where Australian and New Zealand Corps – ANZAC- launched an offensive in which more than 11,000 of them died.

Anti-racism campaigners say the targeting of the site is “suspicious” and fear it may be more sinister than misguided teenagers messing around.

Councillor Palmer said: “I went down yesterday morning to offer my support to the church and the community.

“The section of the graveyard dedicated to anzac seemed to be targeted and it’s just very very disrespectful and shocking because they gave their lives for this country.

“The village has come together in anger, it’s part of what children are brought up with here in this community and the whole village is defiant.”

“There are people here visiting other graves, and to see this will have a big effect on them and it’s just heartbreaking.”

Harefield has hosted an annual ANZAC Day service, where schoolchildren lay flowers on all the graves, since 1921.

It is primary commemorative place in the UK for Australian war casualties, with many dying in the Auxillary Hospital at Harefield Park. 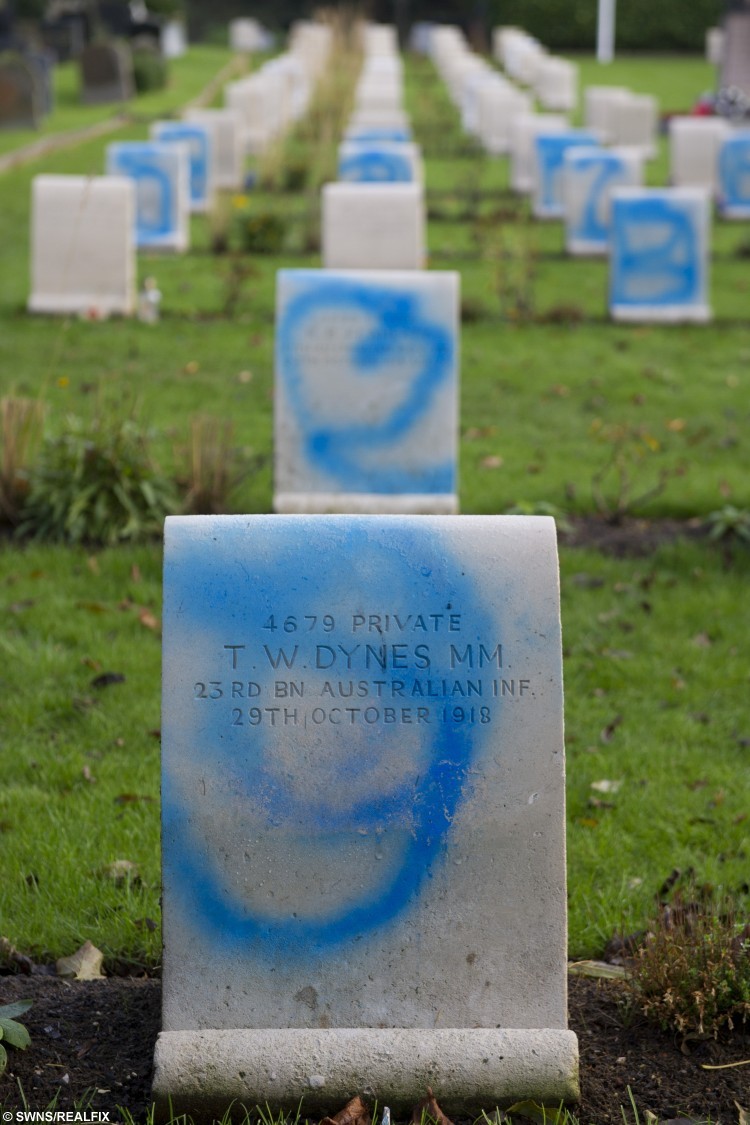 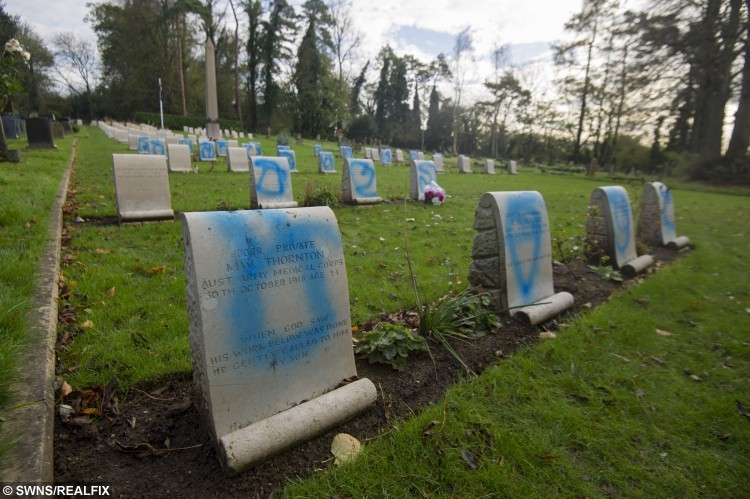 A spokesperson for the London institute of Race relations said: “You’re more likely to think it’s racially motivated if it’s attacks against Jewish soldiers or Black ones – this is very odd and very rare.

“It’s hard to say if it’s motivated by bigotry or if it’s just mindless vandalism. In this current climate however, you never know. Especially since it was attacked earlier in the year, it is very suspicious.” 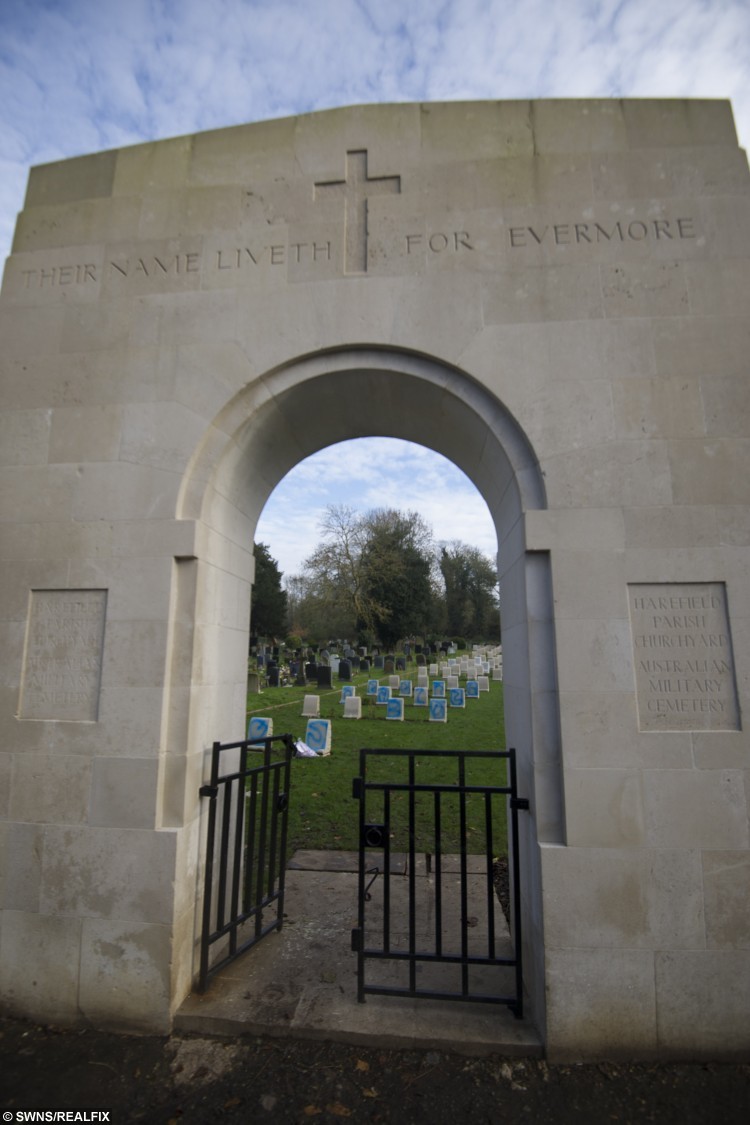 Blindfolded British Muslim teen asks; ‘I trust you. Do you trust me? Give me a hug.’

Blindfolded British Muslim teen asks; 'I trust you. Do you trust me? Give me a hug.'