by RealFix
in Crime, Most Popular, Videos
0

A shocking video shows a hit and run motorist knocking down a cyclist – and then turning off their lights as they drive away.

Police released a 25-second CCTV clip of the 4.30am incident in a bid to catch the runaway driver.

It shows the moment a Vauxhall Corsa-type car pulls out of a junction in Swindon, Wilts., and hits a male cyclist pedalling past.

The man is knocked off his bike and tumbles to the ground before getting to his feet and does not appear to be seriously hurt.

But instead of stopping to check on him the cowardly car driver reverses speedily and drives off in the opposite direction.

The victim raises his arms in disbelief as the driver then turns off his lights as he departs. 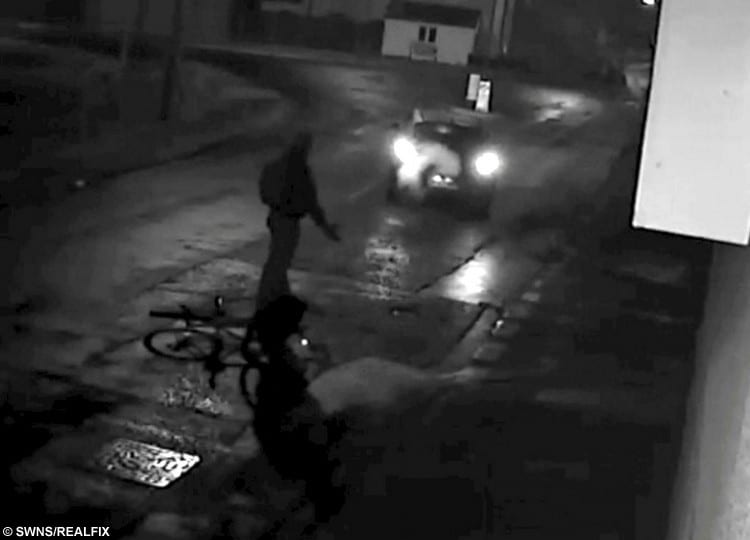 Wiltshire Police are appealing for information after the crash on January 25.

PC Jack Newman said: “Luckily the cyclist was unhurt, but this could have ended differently; the male cyclist could have been seriously hurt or even killed.

“We would like to speak to anyone who may have heard or saw what happened or saw a Vauxhall Corsa-style car driving in this area at this time – possibly driving erratically.

“Also, if you were the driver of this car – please consider your conscience and come forward.”