A man has been jailed for brutally attacking a widowed shopkeeper in the same spot her husband was stabbed to death nearly seven years ago.

Polish-born Tomasz Jaworski, 31, viciously stabbed Nirupa Patel, 56, while threatening to kill her on the doorstep of her newsagents on Christmas Eve last year.

She was lucky to survive the savage attack after being slashed in the face but was forced to give up her business of 33 years.

During the savage attack, Nirupa’s head was told by Jaworski that he wanted to kill her,repeatedly slammed into a sharp corner which damaged her neck.

She was left covered in bruises after the “frenzied attack” and needed 50 stitches for the wound on her face after she was slashed with a shard of glass.

Shortly beforehand he had also assaulted two others, including a man who was working in the shop, though fortunately they sustained minor injuries.

At Luton Crown Court on Wednesday, Jaworski was jailed for 12 years after pleading guilty to both attempted murder and two counts of assault occasioning actual bodily harm in May.

He will also have a five year extended license period and once he is released from prison, he will be deported to Poland.

Shortly after the attack, her family revealed Mrs Patel had been stabbed in the exact spot her husband Jashbhai was murdered in 2009, and the family have now given up their beloved shop – Moon’s Newsagents in Luton, Beds.

Jashbhai, 59, had been stabbed eight times in the doorway by Richard Dettmer and he was jailed for life in December 2009.

Their daughter Jaina Patel, 33, said she felt numb to hear what had happened.

The HR advisor said: “It’s almost like history has repeated itself. We never got over the first incident and to be put back in that position is awful.

“It was six years ago since we reopened the shop and I don’t think we slept properly knowing it might happen again.

“So when this phonecall came through about my mum I felt numb knowing we’ve lost one parent like that and knowing it might happen again.

“We took the decision to reopen six years ago but now we have stepped back for our safety and sanity.

“I nearly lost two parents because of stupid individuals who think it is ok to attack shopworkers for nothing.

“That shop was our lives for 33 years and now it’s gone.” 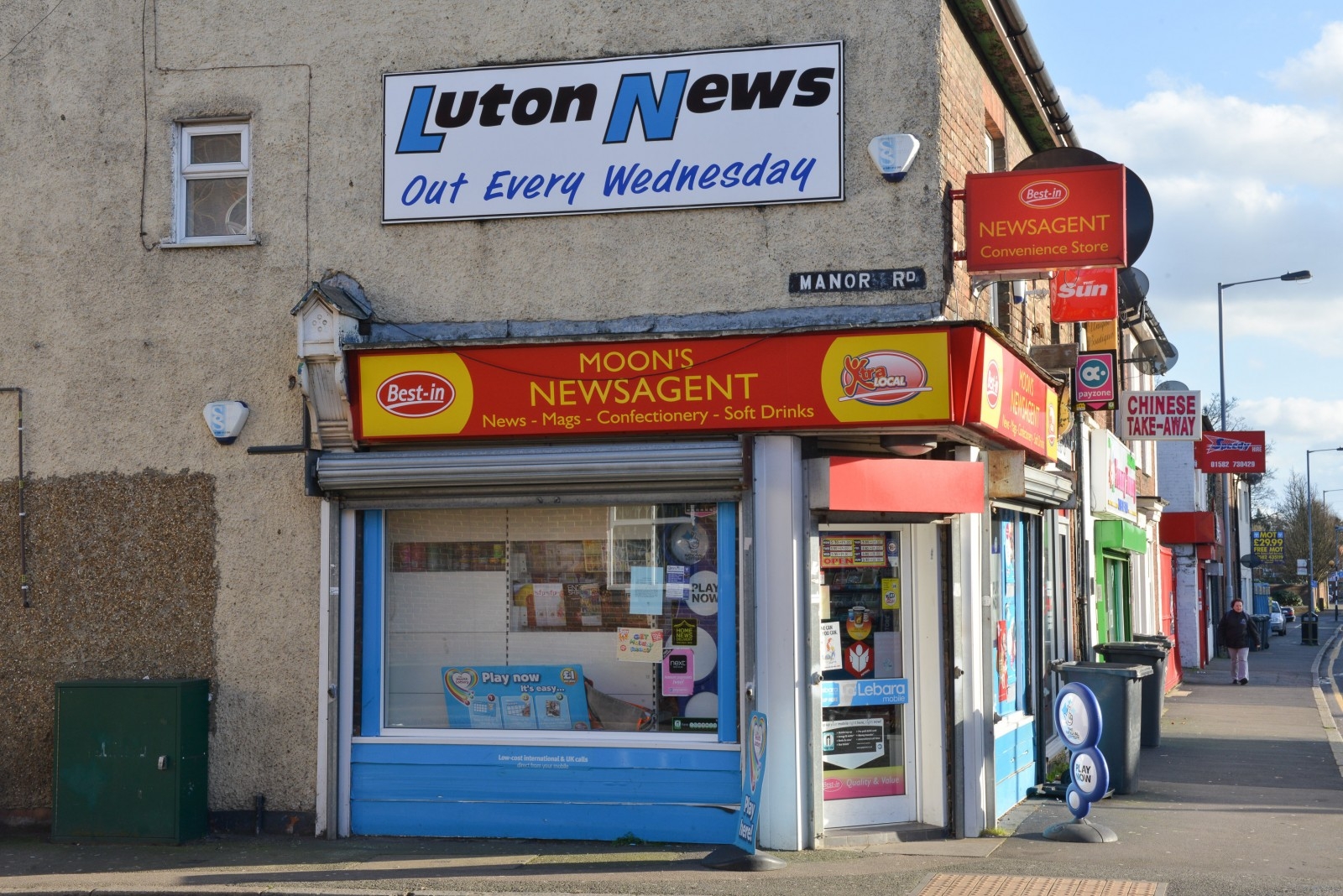 Mrs Patel revealed her mother is still under medical care and is having physiotherapy after the ordeal she suffered.

“She still suffers from sleepless nights too and she is much more vigilant now and scared,” she said.

“My mum’s injuries were horrendous. She was covered in bruises where he had kicked her and she took a massive amount of blows to her head.

“She is still suffering from those injuries after she was repeatedly slammed and pushed around.

“Where he attacked her he managed to get hold of her neck and slam it on the corner of the counter – he was doing that a lot.

“It wasn’t just the one slam, he was slamming her head on it.

“Her ear had also been cut as well as the slash to her face in the frenzied attack.

“Because it was so random I have found it hard to understand why it happened. If there was a reason behind it, it would almost be easier.”

Detective Chief Inspector Vicki Evans said: “This was an abhorrent attack by an extremely dangerous individual and I’m pleased that he will be locked away for a long time.

“The woman endured a sustained, violent attack, which will leave more than just physical scars, but I hope that today’s sentence can allow her some comfort.”

During the attack, Jaworski slashed the woman with a shard of glass, beat her over the head as well as grabbing her around the neck, attempting to strangle her, and kicking and punching her.

DCI Evans continued: “Violence such as this is never tolerated and thanks to the thorough investigation carried out by our officers and the bravery of the victims, this dangerous individual will be off the streets for a substantial amount of time.”