Gayle Price, of Peterlee, pleaded guilty to fraud after the Ã3,200 she helped raise went missing. The money was raised for the family of Michelle Swinton who died in a car crash. See Ross Parry copy RPYFRAUD : A heartless woman offered to raise cash for a young boy whose mum died in a tragic car smash - before callously stealing the money for herself. Gayle Price, 36, spoke at the funeral of mum Michelle Swinton after she was tragically killed when the car she was travelling in with her boyfriend flipped over and hit a tree. Price approached Michelle's parents saying that she wanted to help raise money for Michelle's son Jack and went on to help raise #3,200. But when the time came for Price to hand over the money Michelle's parents, John and Christine, discovered that the cash was gone. Now the parents have spoken of the betrayal and say they feel Price "preyed" on them when they were at their most vulnerable. Price was handed a 12-week prison sentence suspended for 12 months at Consett MagistratesÃ Court, Co. Durham.

A heartless woman offered to raise cash for a young boy whose mum died in a tragic car smash – before callously stealing the money for herself.

Gayle Price, 36, spoke at the funeral of mum Michelle Swinton after she was tragically killed when the car she was travelling in with her boyfriend flipped over and hit a tree.

But when the time came for Price to hand over the money Michelle’s parents, John and Christine, discovered that the cash was gone.

Now the parents have spoken of the betrayal and say they feel Price “preyed” on them when they were at their most vulnerable.

The 36-year-old, of Peterlee, pleaded guilty to fraud after the £3,200 she helped raise went missing.

The car flipped over and crashed through a fence before hitting a tree beside the A1086 Coast Road.

Michelle and soldier Jamie, a lance bombardier with the 4th Regiment of the Royal Artillery, based in Thirsk, North Yorks., were pronounced dead at the scene.

Michelle was mum to Jack, now nine, and big sister to Andrew, Hannah, Laura and Louise.

Price, who was then known as Gayle Dunn, approached Michelle’s parents to say she wanted to help raise money for Jack after the tragic crash.

She helped raise £3,200 and told John and Christine it was locked in a bank account for three years to gain interest.

The couple, of Blackhall Colliery, say Price showed them bank statements over the next three years, but when the time came for the money to be handed over, they discovered it was gone and had never even been placed in a bank account.

Christine, 46, who along with husband John is a full-time carer to Jack, said: “She prayed on us when we were at our lowest. We weren’t thinking straight at the time and she just took advantage.

“We thought she was so nice. Every time we saw her she’d ask how we were, she came round to see us and we always thought she seemed really canny.

“She stood up at Michelle’s funeral to read a poem and sat with us at the inquest supporting us, and all the time, that money was gone.”

John, 47, says at first the couple were unsure of the fundraising effort.

He said: ”It was a nice gesture but we felt a bit funny about it because we thought we didn’t need it, we could provide for Jack and we didn’t need people to raise money for us.

“But the more we thought about it, we realised that it was something her friends wanted to do to show they cared – they wanted to feel like they were doing something to help.” 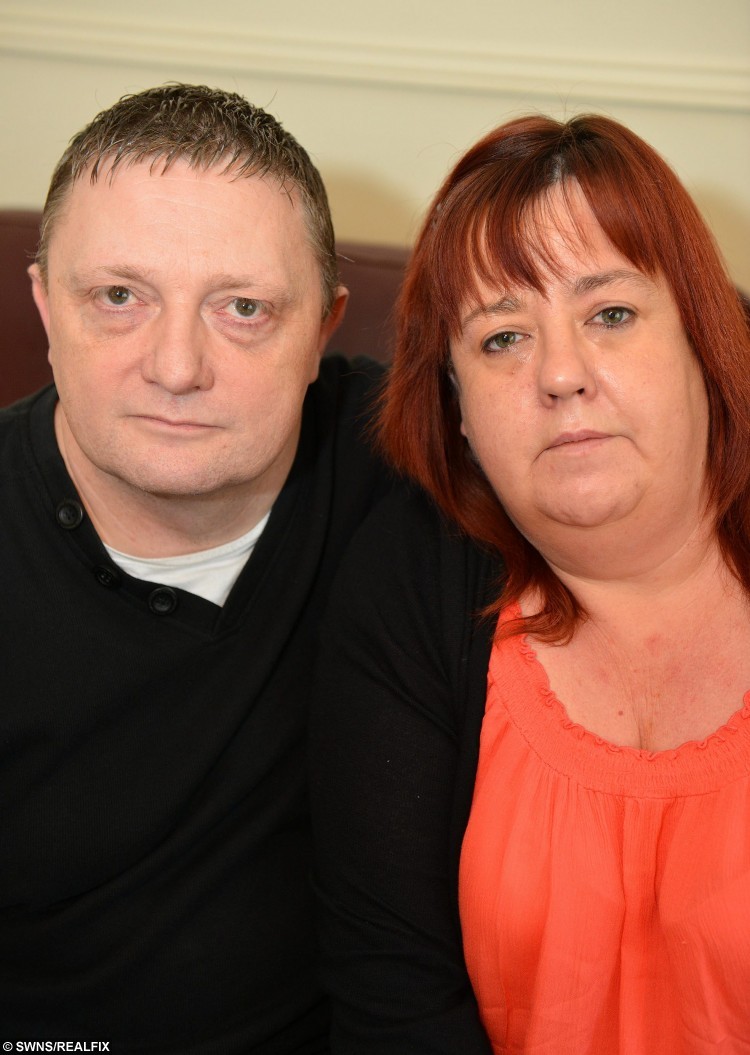 Christine added: “They worked so hard to raise the money and it was a small positive in what was a real tragedy.

“We were overwhelmed to see how much Michelle’s friends cared about her, and we wanted to be able to give the money to Jack when he was a bit older and tell him he’s got that because of how much his mam’s friends loved her, but Gayle has taken that away from us and Jack is the real victim in all of this.

“She’s stolen that money from a little boy who has lost his mam.”

John and Christine say Price told them she’d put the money in an account at Barclay’s bank that couldn’t be accessed again for another three years.

Christine said: “We already had a little bank account for Jack that we were paying into to give him the money when he turned 18.

“She had said she was going to come over with the money, and we arranged to meet a couple of times but it never happened. Then she said one day that she was worried about the money lying around the house and had put it in this bank account.

“She also said she was going to pay £10 a month into it herself. I trusted her but for my own peace of mind asked to see bank statements. Every time we asked, she’d come round a week later with the statement showing the interest going on and her £10 going in every month.

“She did that for three years and when the time was over and we should have been able to get the money, she was suddenly very hard to get hold of.”

Christine says after struggling to get in contact with Price, she visited Barclay’s bank herself and was told that although staff couldn’t discuss another person’s bank account with her, that she should think about getting legal advice.

It then came to light that the money had gone missing and the police were called. Christine said: “She sat by us at the inquest knowing then that bank account wasn’t there and the money was probably already gone.”

John said one of the hardest things for him was knowing that Price had stood up at his daughter’s funeral to read a poem to the hundreds of mourners.

He said: “That’s one of the hardest bits about it. Maybe it would be easier if it was someone we didn’t really know, but she was stood by us the whole time allegedly supporting us.” 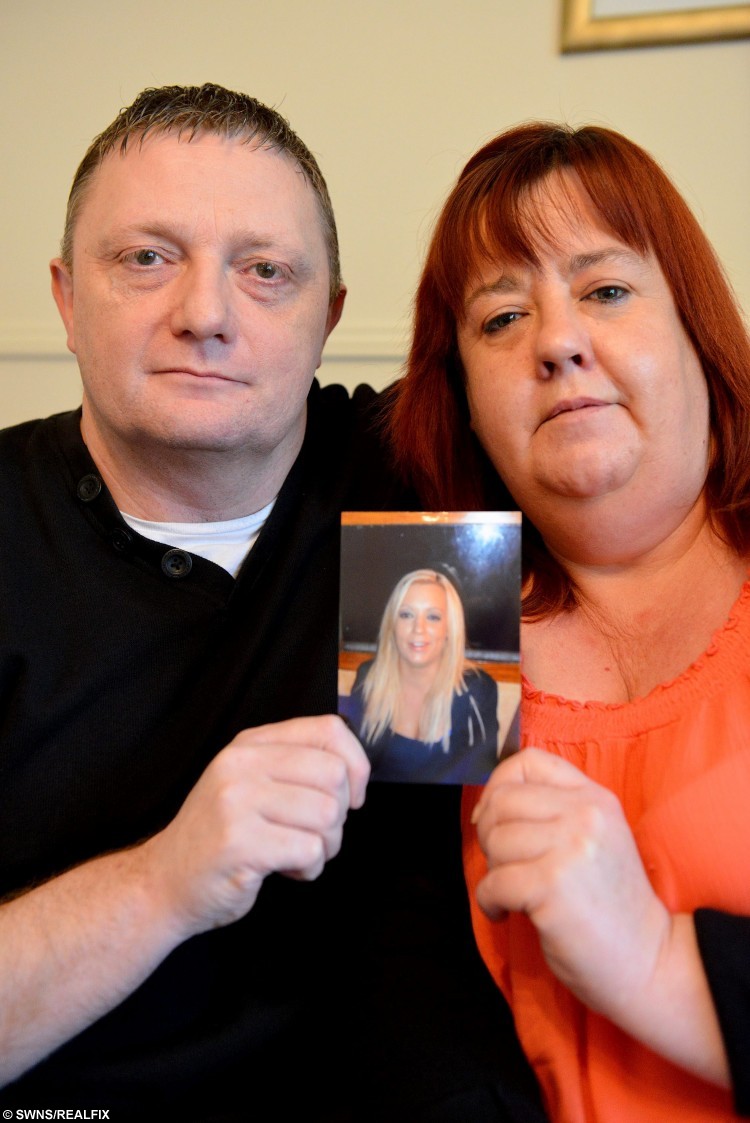 Christine added: ”It makes me sick to my stomach, l’m just devastated. We were vulnerable and she took advantage of that, and she’s taken money from a four-year-old boy who lost his mam. You’ve got to be sick to do something like that.”

The couple say Price’s sentence is what they would have expected, but they don’t feel it’s justice for Jack.

John said: “Even if she pays back that £3,200 as long as she behaves herself for a year, then nothing is really happening to her.

“If that money was invested and gained interest, it would be more than that now as well.

“All she’s doing is paying back money she shouldn’t have taken in the ﬁrst place.”

Christine added: “She’s made me feel like I can’t trust people now. I trusted her and she took advantage of us. I feel terrible for Michelle’s true friends as well, who worked hard to raise the money, they were devastated when they found out what she’d done.

“At least now we have some closure and we can move on from all this.”