by RealFix
in Crime, Most Popular, Relationships
0

Leah-Ann Stones who lived in constant fear of her violent partner who hit and strangled her has told how she paid him #15 to stop him beating her. See Ross Parry copy RPYHIT : Leah Annstones, 38, of Hull, East Yorkshire who has been living in constant fear after she was beaten and strangled by Timothy Keenan in a fit of drunken rage. He unleashed his anger when she refused to kiss him, beating her so badly blood "dripped" onto her and a police officer was "shocked" by her appearance. Ms Annstones says it was one in a string of violent outbursts by Keenan. She suffered a perforated eardrum after he beat her while drunk and she says he broke her wrist by smashing it through a glass table. Ms Annestones said: "He's been done for beating me before but this time, he's going to find me and this time, he's going to kill me.

A woman who lived in constant fear of her violent partner who hit and strangled her has told how she paid him £15 in a desperate effort to stop the beatings.

Leah Annstones, 38, was attacked by Timothy Keenan when she refused to KISS him.

She was beaten so badly that blood dripped onto her eyes, chest and clothes, and a police officer called to the address was “shocked” by her appearance.

She is now terrified her drunken ex-partner will “find her and kill her” when he gets out of jail.

“Even though I know he’s locked up, I’m paranoid everywhere I go and I keep thinking he’s going to get to me.

At the time of his last attack, Ms Annstones had gone to collect her belongings from Keenan’s flat as he was being evicted.

She said she was due to be escorted by police into the flat but Keenan lured her in, claiming the police were already upstairs.

“I know it’s stupid now, but he said, ‘The police are upstairs’ and I believed him,” she said.

“I walked up the stairs and he followed me up, then he just locked the door and started getting really aggressive.

“He tried to kiss me but I managed to push him off. Then he started kneeing me in the face and nose, and then started strangling me.

“He put his forearm on my throat and I pleaded with him, ‘What about my daughters, my granddaughters?'”

When Keenan ignored her desperate cries, she grabbed a set of keys and started stabbing him in the head to get away. He demanded money and she gave him £15, which he left with.

Ms Annstones says Keenan became possessive and would not let her out of his sight during their relationship.

She said the first time he broke her wrist after she took her dad out for a pint and a walk.

“All of a sudden, he grabbed my wrist and slammed it into the glass coffee table,” she said.

“He wouldn’t let go of it and said, ‘You’re not going anywhere’. It was pouring with blood, but he wouldn’t even let me go to the hospital.

“I was in bits and I was screaming in agony.”

She also suffered a perforated eardrum when Keenan, again in drink, attacked her. He was handed a suspended prison sentence at Hull Magistrates Court. 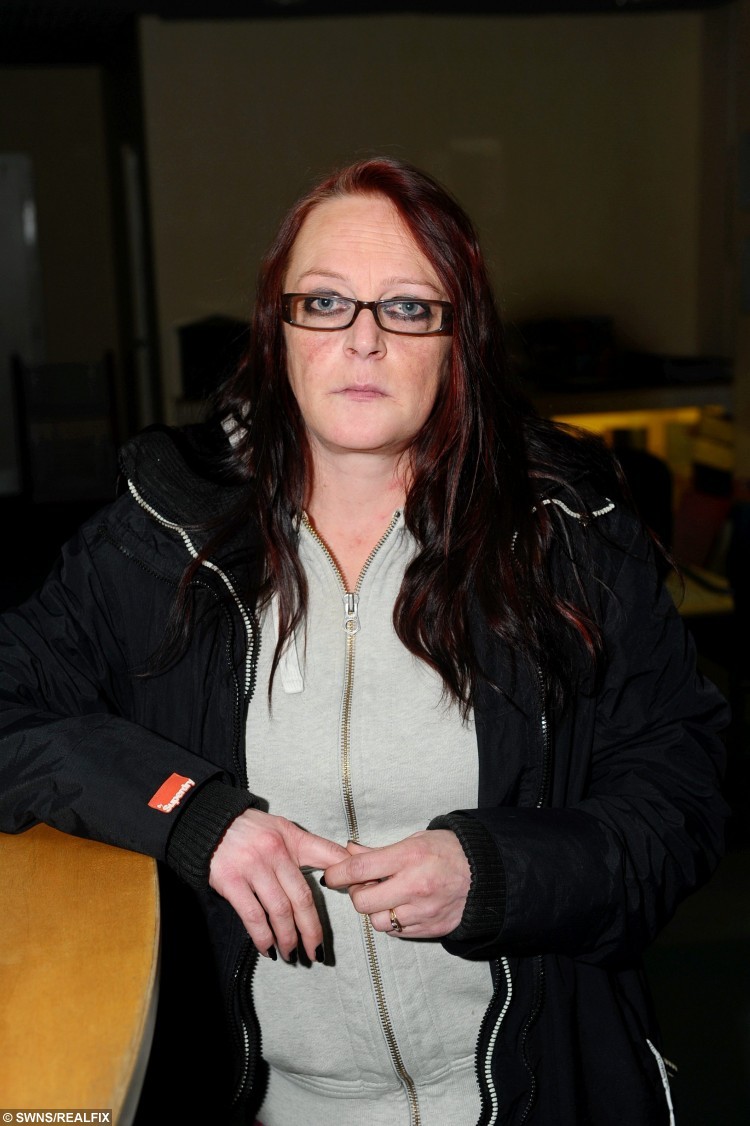