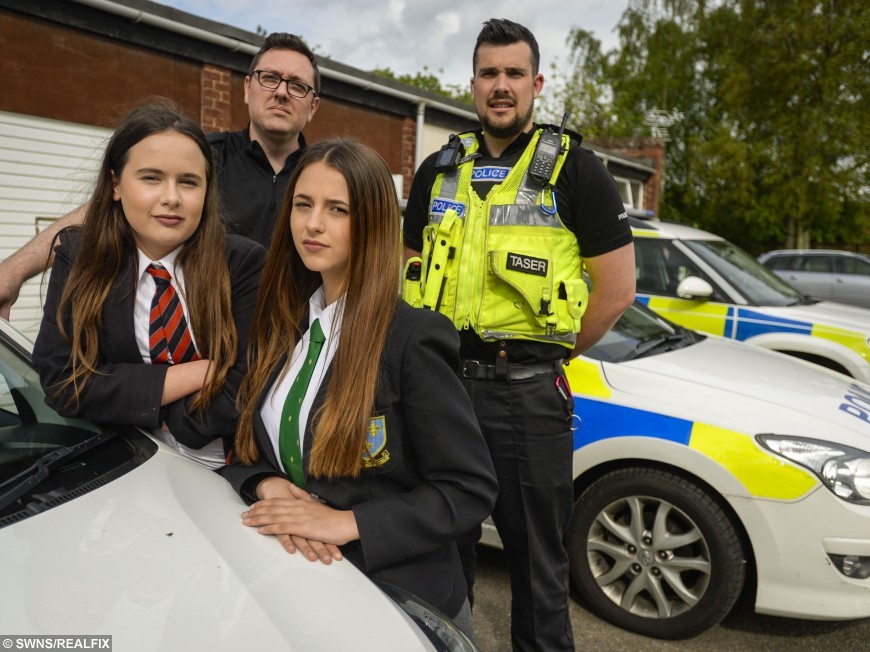 Police have been forced to apologise to two 13-year-old girls for accusing them of stealing over £400 worth of make-up by distributing CCTV images of them online.

Francesca Galelli and Molly Curtis were left in tears when images of themselves were plastered across local news websites – and Facebook and Twitter. 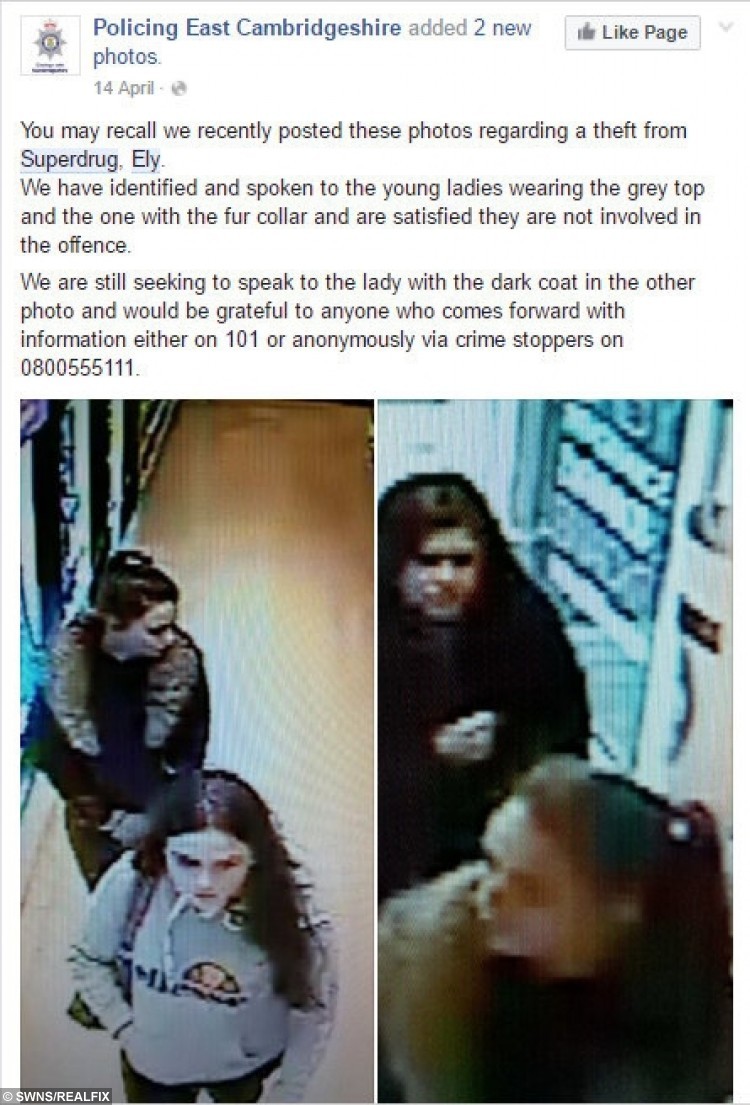 They became the prime suspects of the £459 theft from Superdrug in Ely, Cambs., after innocently shopping in the store on April 4.

They have now received a grovelling apology from cops who admitted they had made “an honest mistake that had deeply unfortunate circumstances”. 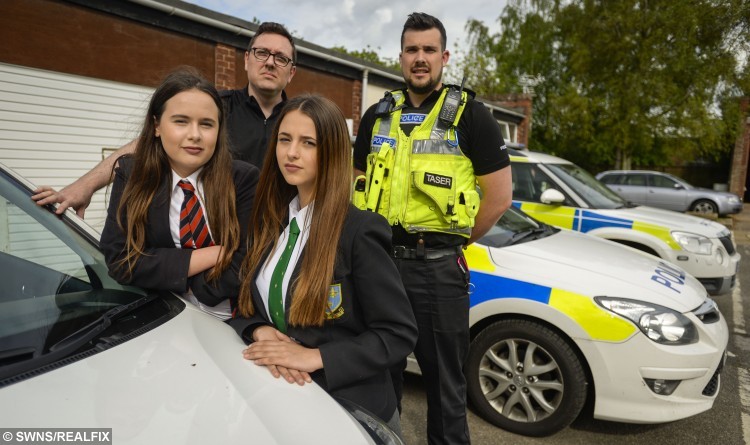 Molly (L) and Francesca (R) received an apology after their picture was sent out in connection with a theft of make up.

She said: “I saw the article and I thought ‘oh that looks like my sister’ but I just thought she would never do anything like that so I just scrolled past it but I later got a phone call and learned friends at school had shown her the story.” 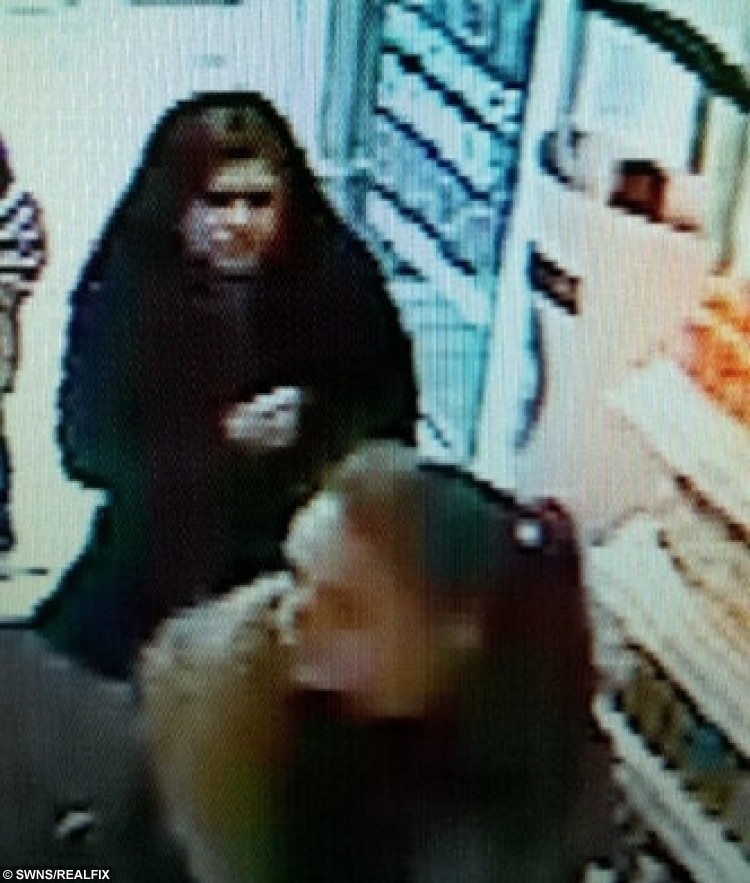 Francesca seen on CCTV (Bottom) that got sent out by the Police on Facebook.

“It was really horrible for her. She is so young, she is such a good person, who never does anything wrong, she is the perfect student, this was really upsetting for her.

“When I spoke to her about it she said, ‘I don’t know what to do’. I told her to just tell people the truth – she did not do it.

“The worst thing for her was everybody looking at her at school and making comments but she is a strong person and held her head up high.” 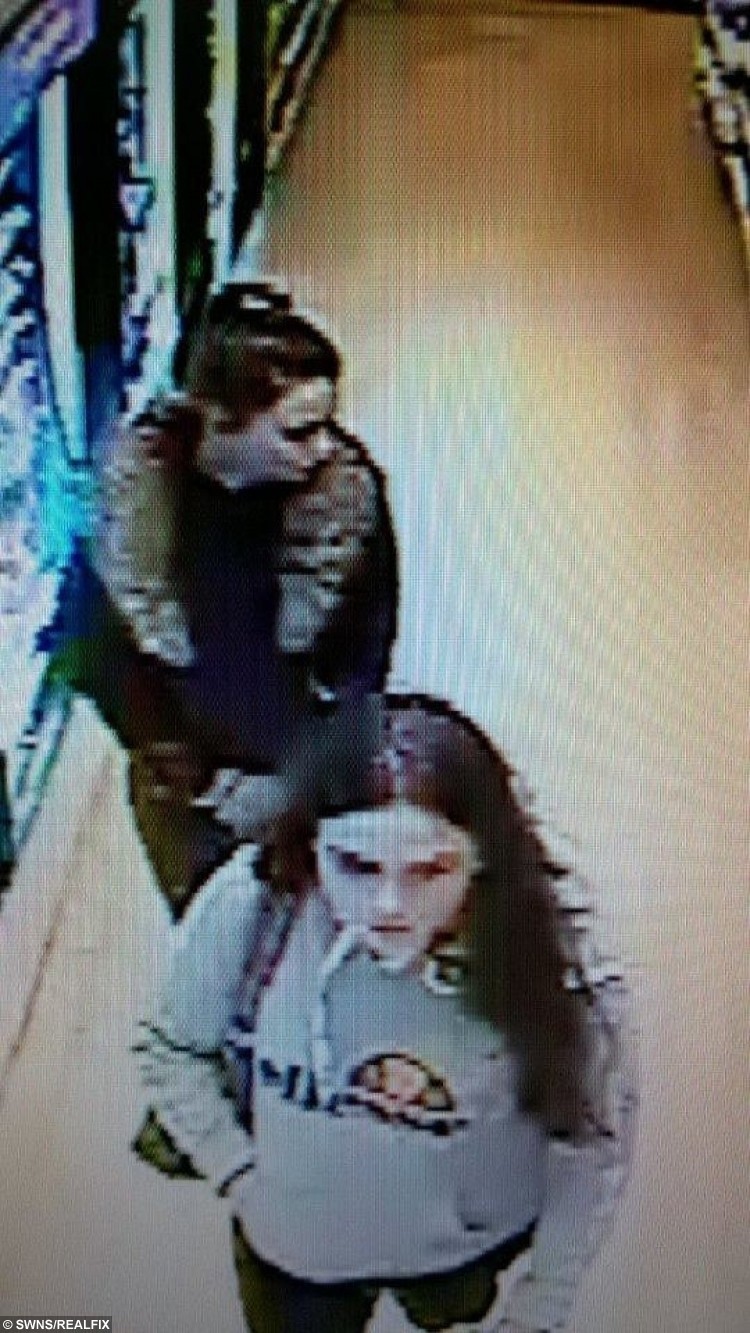 Francesca and Molly were just out “shopping for a few bits” around 3.15pm at the time of the theft.

Speaking on behalf of the East Cambridgeshire policing district, Sgt Phil Priestley said: “We made an honest mistake that had deeply unfortunate circumstances.

“We always want to be clear and transparent if we get things wrong, and we definitely want to ensure that people know that Francesca and Molly are good people and that this wasn’t their fault.”

The error has also led to police revising district CCTV policies to prevent further mistakes in the future.

By way of an apology the police have invited Francesca and Molly to sit on a new Youth Consultation Panel designed to improve and promote the relationship that exists between local police and young people aged 12 to 16.

« Previous post A relieved mum speaks out after her ex is jailed for sharing EXPLICIT pictures of her on WhatsApp.
Next article » Paralysed dad fulfills promise to daughter by walking her down the aisle on her wedding day - in a robotic suit