HomeCrimeMost PopularYoung woman horrified as her attacker walks away free 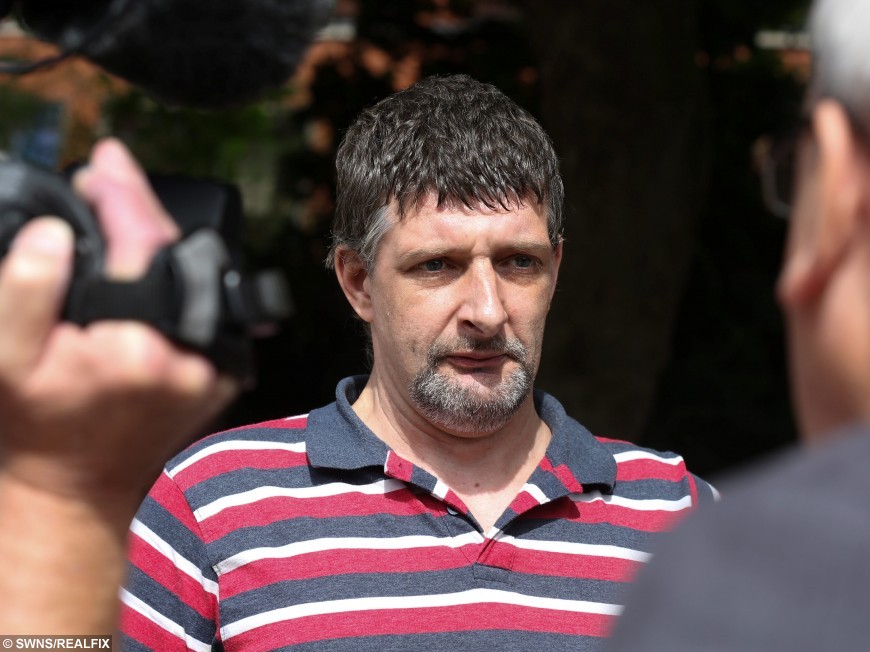 A young woman who suffered life-changing injuries when she was bottled in her car in an unprovoked attack is “disgusted” that the man who assaulted her has walked free from court.

Chloe Knapton can no longer smile after drunken Andrew Shires smashed a bottle into her side car window – shattering glass in her face, neck, throat, shoulder and broke a tooth.

A deep cut under the right side of her nose has caused such severe nerve damage to her upper-lip that her once perfect smile is now lop-sided.

She was told by doctors that two pieces of glass embedded in her throat were six millimetres away from causing life threatening injuries. 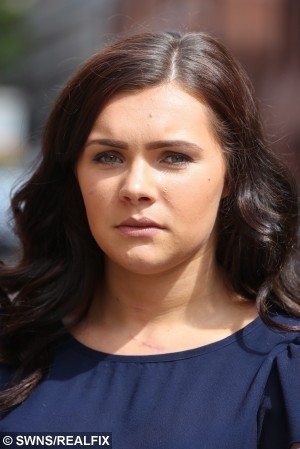 Chloe outside Leeds Crown CourtThe 21-year-old dancer was in Leeds Crown Court, West Yorkshire on Tuesday, where she was shocked to hear the Recorder Peter Babb hand the 37-year-old a one-year jail sentence, suspended for 12 months, for grievous bodily harm.

Speaking after the hearing the pretty brunette said: “I expected he would get around three years for what he did to me. Instead he is made out to be the victim. I am disgusted.

Nigel Wray, from the prosecution, told the court how Shires had purchased three bottles of tequila in Holmfirth, West Yorks., on the afternoon of Thursday April 16, and posted a picture of the booze on Facebook with the status:

“I’m going to cause some trouble.”

The two girls were driving around together in separate cars at around 11pm, after a night out when they came across a bike which appeared to be left abandoned at the side of the road.

Miss Knapton’s friend, Sophie Leroy, got out of her car to approach the bike to have a play on it, when Shires picked up an empty bottle from a bin at the side of the bus shelter where he was sat across the road, and shouted: “Oy,
leave my bike alone.”

He then ran at the horrified girls and smashed Chloe’s window, even though she had not said a word and was still sat in her car.

Chloe, from Holmfirth, West Yorksshire, could not speak to police after the attack as glass was stuck in all her wounds.

Shires then rode from the scene and dumped his bike in the local river.

He posted on Facebook: “Just put through two girls’ car windows as they were trying to steal my bike while at the bus stop. It’s bad.”

Shires admitted the offence when he was arrested two days later saying he reacted as he did because he thought the girls were going to nick his bike.

But Anastasis Tassou, for the defence, said: “Had she not decided to drive past the bike on more than one occasion and ‘mess with’ the bike then this need never have happened.

“The defendant is extremely remorseful. He said it was my own actions, there was no-one there making me do it. I will accept whatever consequences, I would accept my punishment.

“As you can see he has come to court with a bag and perhaps that is what the public would demand.

“It’s always more emotive when someone who has suffered these injuries is an attractive young lady.

“It is someone who has stayed out of trouble for 14 years. Someone who could perhaps be understood to feel feeling of provocation, it is not just a random act.”

In sentencing Shires to the suspended jail term and 200 hours unpaid community work, Recorder Babb said: “I take the view that in the context of GBH this is not an exceptionally serious case.

“Clearly there was provocation, however unintended.”

Shires was also charged a newly introduced £900 courts charge – saying it was then inappropriate to apply for any compensation for the victim.

Recorded Babb said to Shires: “Probably a lesson for you.”

To which he laughed and replied: “A big one.”

Speaking after the case Shires said: “It was a reckless mistake. I feel bad for her.

“I was drunk and overreacted. I’m very lucky to be a free man. I’m now going to try and do something with my life.”

Meanwhile Chloe is left flabbergasted at the hearing.

She said: “My dream to be a dancer on cruise ships is now ruined. It is a fickle industry I work in where looks are very important. This has cost me my dreams and my career and my smile.

“And all the while he is made out to be the victim. I really cannot put into words what has happened here. I’m going to go home and have a good cry.”