12 most inspirational Olympic moments that stand the test of time

Over the years the Olympic games have proved to be not only a sport competition but a historical event where people showed time and again that humanity is not dead.

Here are 12 of the most inspirational moments from the games…

Jesse was the stand out star for not only winning  FOUR gold medals in track and field, but because he succeeded to win a spot on the US Olympic team as an Africa-American. His win went down in history for the moment Hitler refused to greet any competitors in order to avoid shaking hands with Owens. 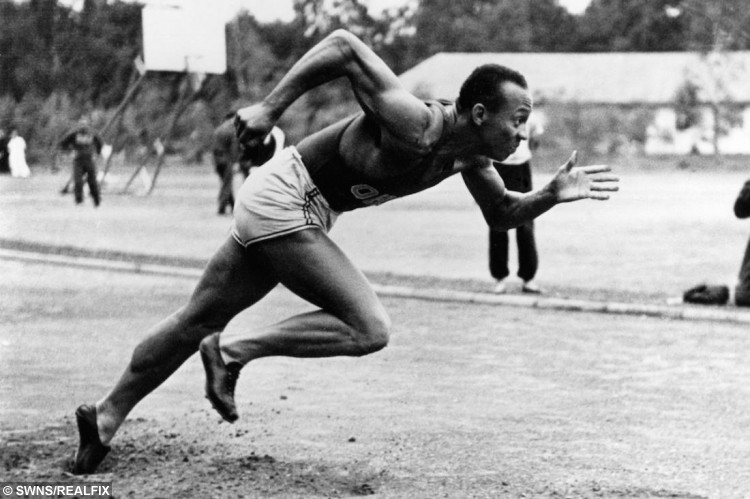 The Romanian gymnast Nadia Comaneci was the first female in the history of modern Olympics to score a perfect ten. The scoreboards did not even have enough space to show a 10 so Nadia’s score appeared as 1.00.

At the age of 14  she set the record as the youngest-ever Olympic medalist. Because of the rule passed after 1976 that required any Olympian to be at least 16 years old, Nadia’s record will never be broken. 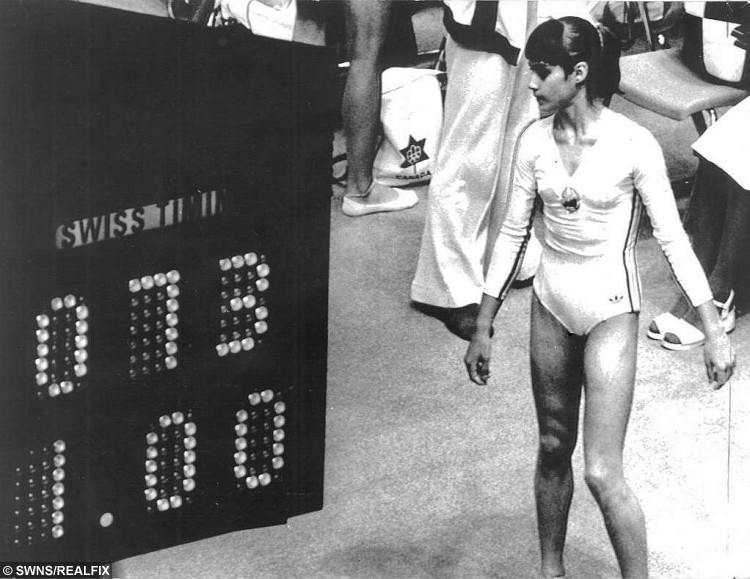 The pair spend the first 18 second of their performance kneeling on the floor moving their bodies in sync rather than showing exceptionally hard tricks to the audience. 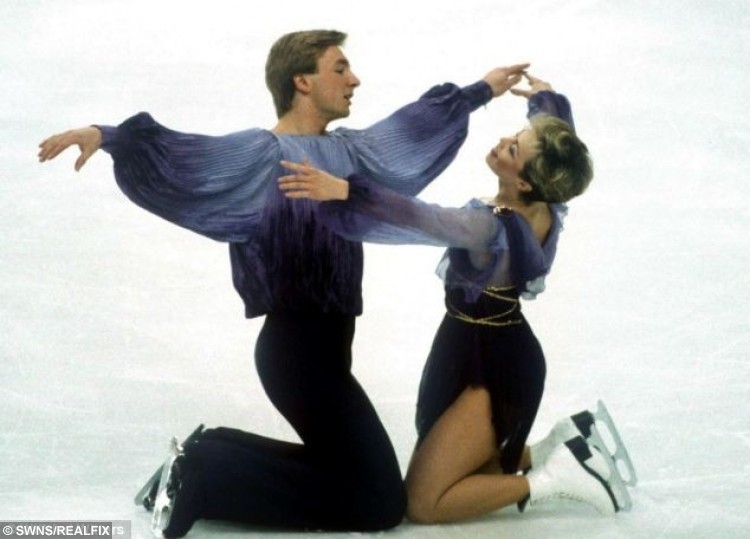 Thinking about Jamaica’s hot weather all year round, the Bobsled team formed by Devon Harris, Dudley Stokes, Michael White, Samuel Clayton, and Aiden van de Mortel and their coach Howard Siler came as a reminder that the Olympic games are not only about winning but also the determination to try and be your best self. 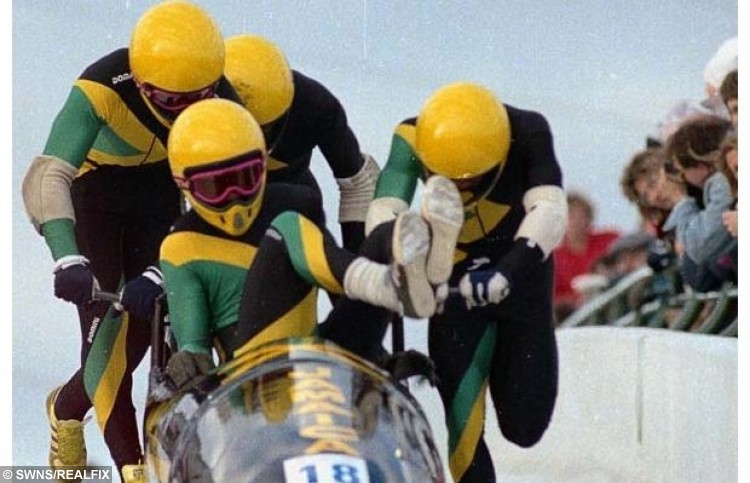 Canadian rower Lawrence Lemieux  was storming in second place when he spotted two sailors from the Singaporean team in another race fall into the water.  Lemieux abandoned his race to go and save the two sailors. For his sacrifice the Olympics committee awarded him an honorary second-place finish. 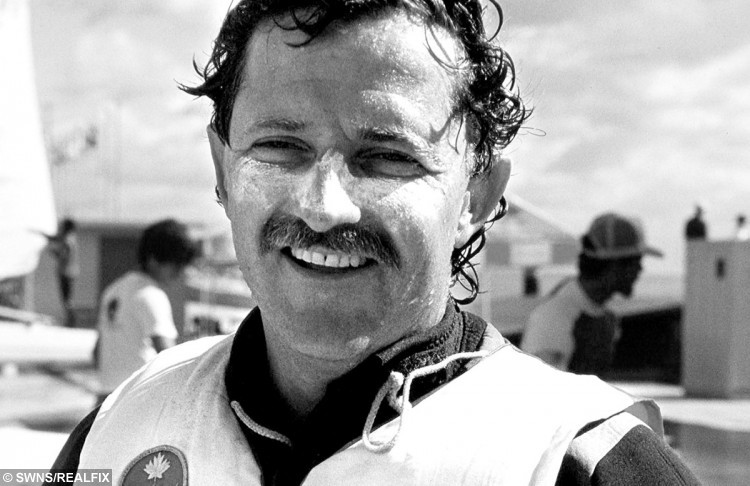 In the semi final of the 400 meter race, it seemed certain the United Kingdom runner  Derek Redmond would win a place in the final. Minutes before finishing he heard a pop in his right hamstring. He collapsed on the track in tears. To the astonishment of the public, he then he got up and finished the race – with the help of his father. 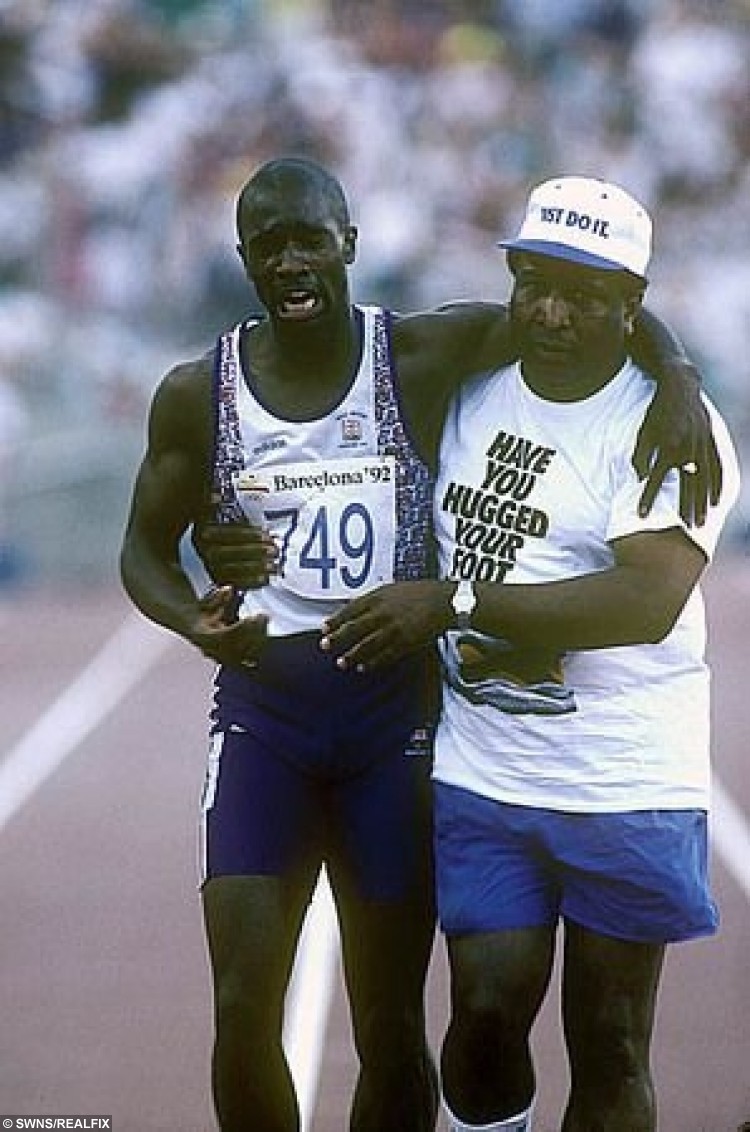 The most heartwarming moment of that year competition was the opening ceremony when Ali, who suffered from Parkinson’s disease, struggled to lift the torch. The crowd were overwhelmed with emotion watching  “The Greatest” Ali light the Olympic Torch. 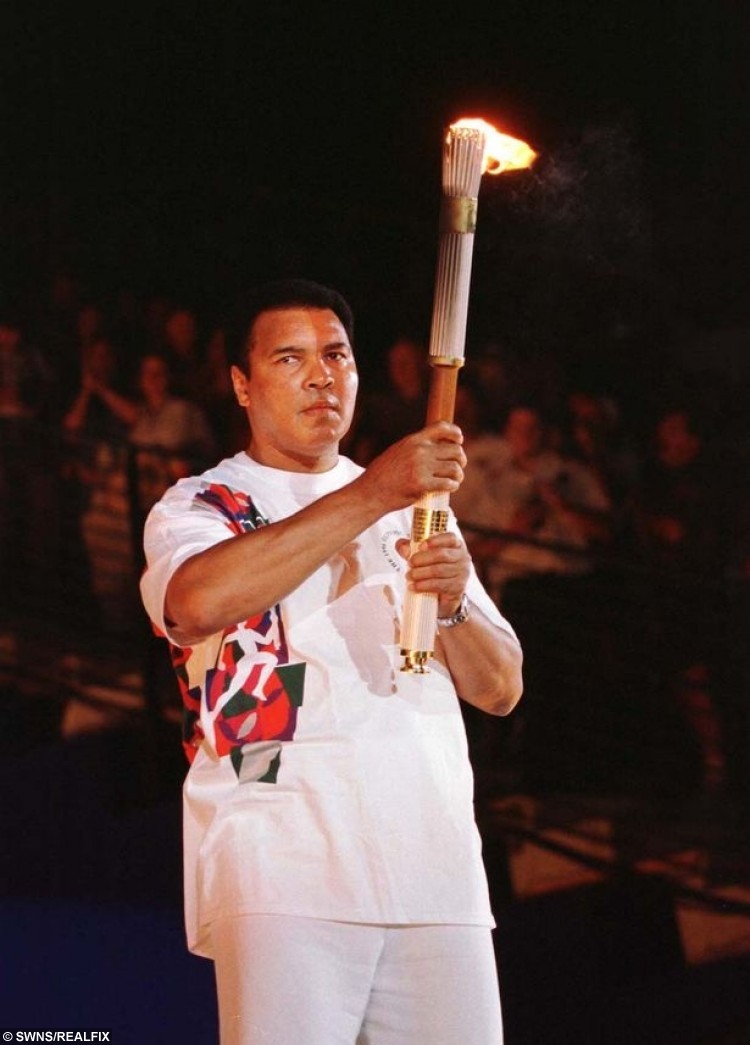 1996 was the year when US gymnastics team finally stood a chance for a  gold medal. As the competition drew on their fate was in the hands of Kerri Strug, who needed a high score to lead her team to victory.  On the first attempt, Strug twisted her ankle. However, she insisted on taking her second attempt and executed her routine perfectly, landing on one leg and winning the gold medal for her team.

At the medal ceremony, she was carried  up to the podium by her couch to be with her teammates. 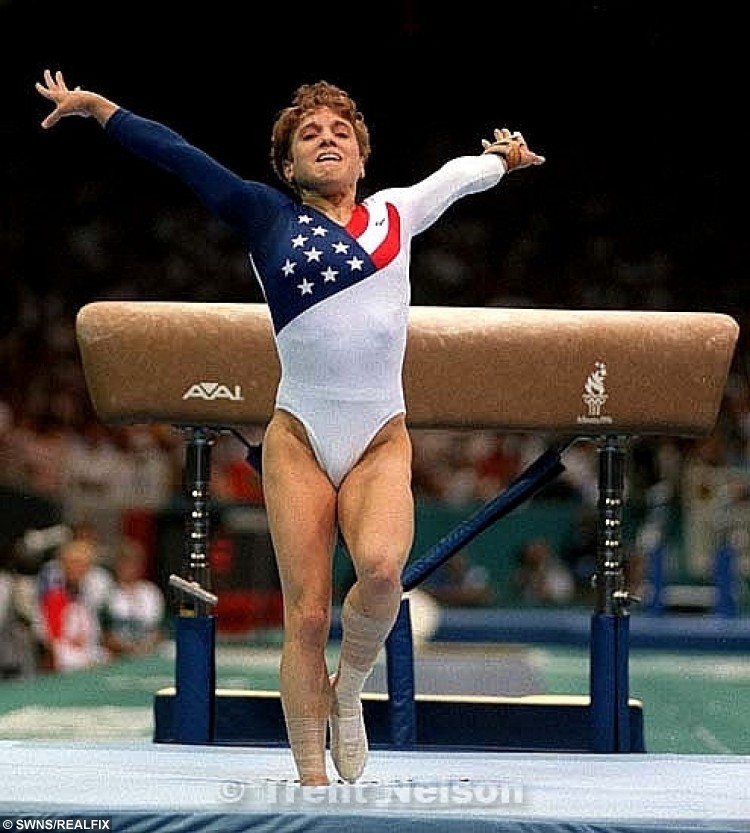 During the Beijing Games,  American swimmer Michael Phelps and his teammates set a new world record, awarding Phelps his eighth gold medal -the most won in a single Olympic Games event. 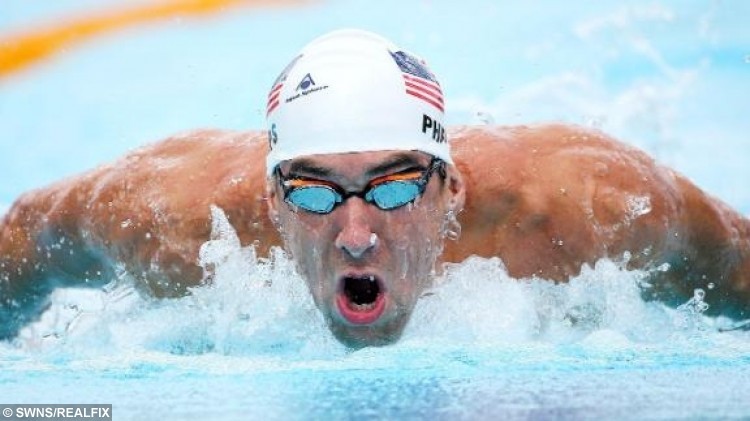 The Jamaican made history at the 2008 Olympic games breaking 3 world records: in both the 100-meter and 200-meter events and also set a 4×100-meter relay record with the Jamaican team.

Bolt is the first man to win three sprinting events at a single Olympics since Carl Lewis in 1984. 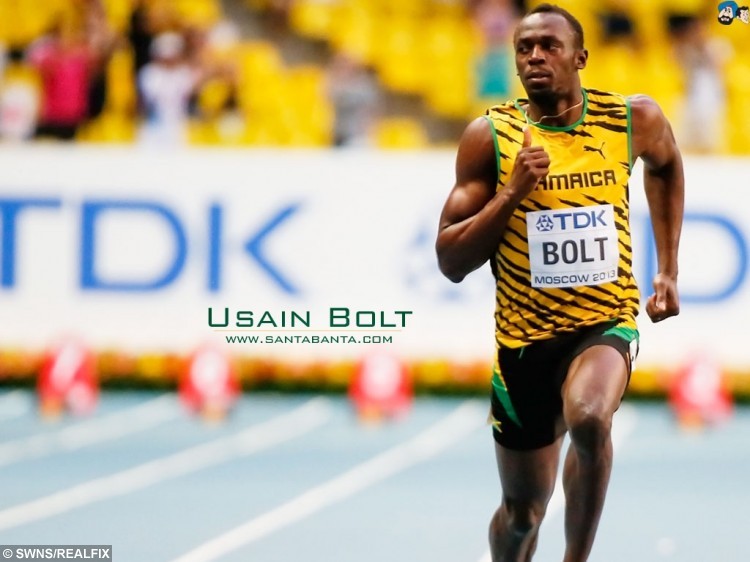 The Canadian skater found the strength to compete in the games four days after losing her mother.  She went on to win a bronze medal which she touchingly dedicated to her late mother. 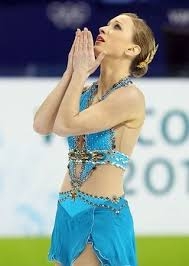 The two girls, one from South Korea and one from North Korea, posed together in one of the most iconic moments of the games. The two separate countries are known for not being in the friendly terms, but the two athletes posed together showing Olympic ideal of solidarity. 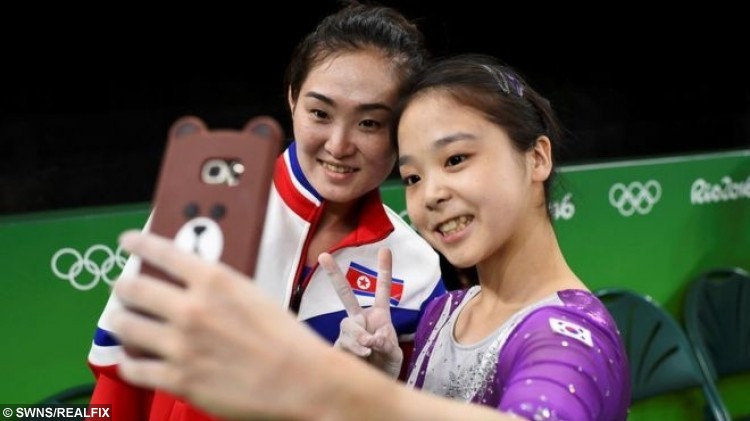