An espressionistic 17-year-old girl has shot to fame by using LATTE to create these incredible 3D sculptures.

Talented Daphne Tan’s frothy creations have taken latte art to the next level, winning her more than 20,000 followers on Instagram.

Daphne said: “I would say the secret is patience, in handling the foam and making sure that you have steady hands when you draw the details.

“What sparked my interest was a school programme where I had the opportunity to attend a workshop on the appreciation of gourmet coffee.

“I was experimenting with a French press and found a method to create stable foam to make 3D art on top of my cups.

“I was curious about how foam was create for lattes/cappuccinos and searched online for ways to do it at home. Through my research, I discovered 3D latte art.”

She makes the thick foam using a Nespresso milk frother on a mix of carob powder, soy milk and water.

And then uses a thin bamboo skewer, and two spoons to shape her brew for each creation.

Daphne spends between 10 and 20 minutes on each one and uses natural food colouring and melted chocolate to make the drinks which look too good to drink.

Her work went viral with her gaining a staggering 12,000 followers on Instagram in a week after she posted of a bobbing Latte dog.

“It was surprising to see how much attention that a little hobby garnered,” she said.

“I was not expecting the multiple media requests to repost my photos and videos.

“As a student whose world is largely centred around school activities, this hobby has opened up different facet of the world that quotidian school life cannot provide.

“I was able to connect and interact with people from all over the world who found what I did intriguing.

“It is really amazing to see how the power of the media has been able to propagate a 17-year-old’s passion. ” 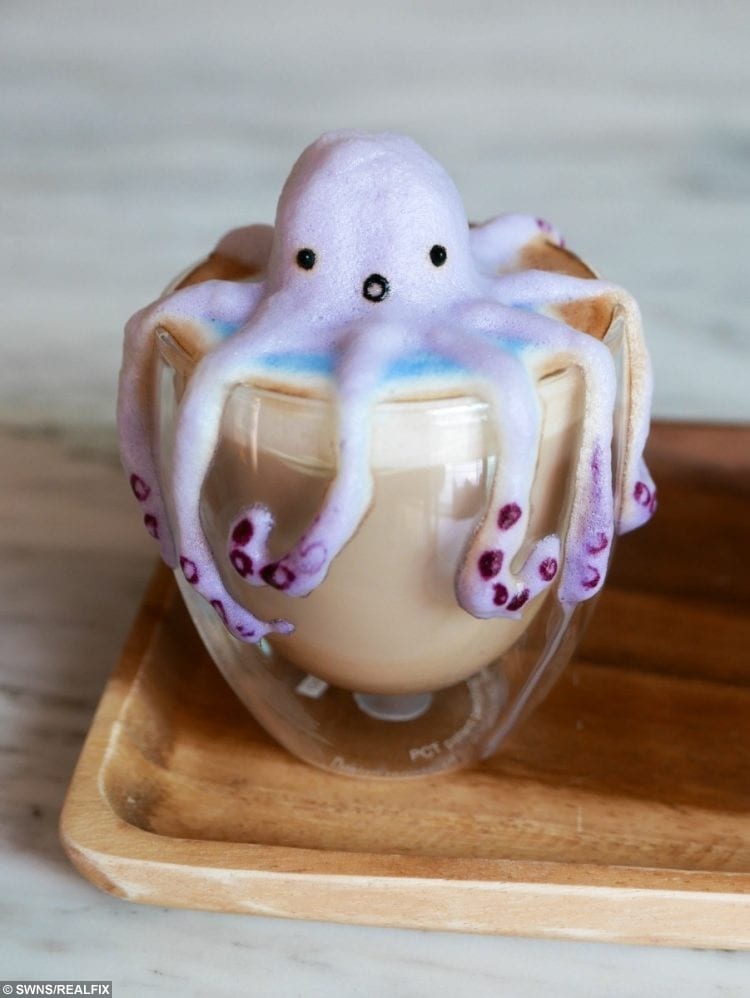 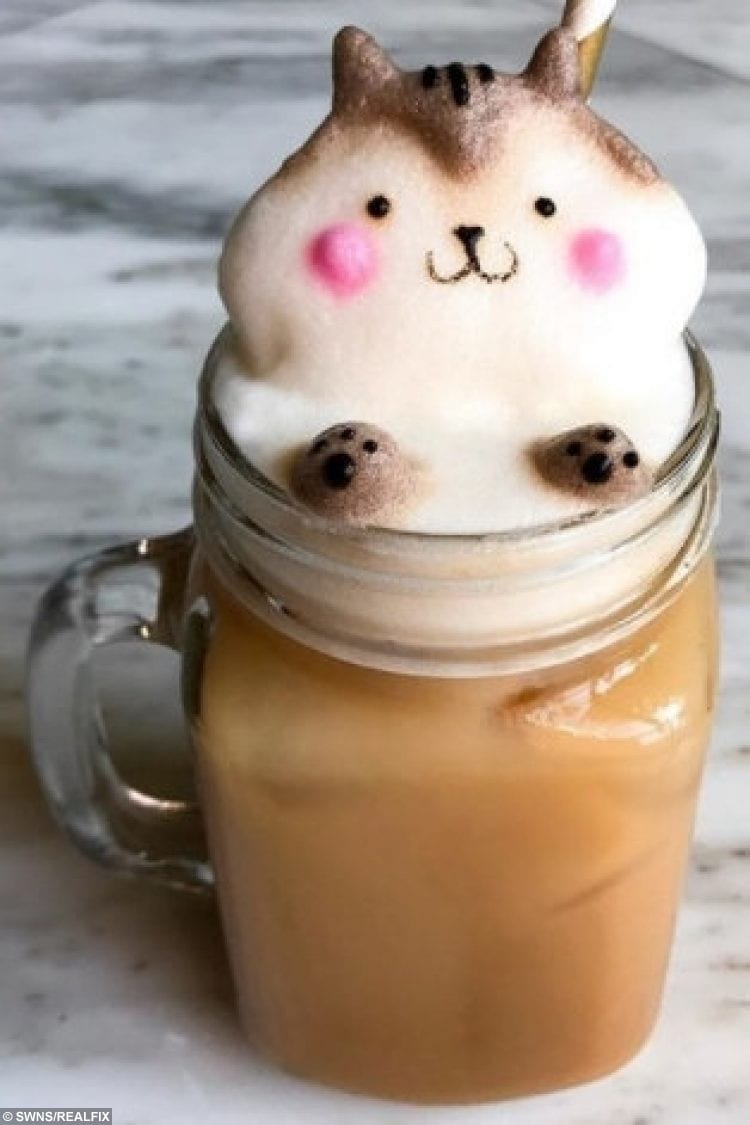 Daphne’s work has seen her take part in the Singapore Coffee Festival in August but she has told her fans she has no plans to start a coffee shop of her own.

She added: “For the time being, I’m taking one step at a time and focusing on a major exam that I will be taking next year, to enter university.

“My hope is that I’ll be able to pursue my passions in future, which includes doing latte art but could also be in other areas that I may discover.

“I’ve received so many comments and messages asking me to open a cafe but it’s something that I will contemplate at a later date!”