Newlywed Huma Mobin had the disappointment of her life when she found out her husband, Arsalaan Sever, couldn’t join her on their honeymoon.

The couple, both 28, only found out groom Arsalaan had been refused a visa after paying for their non-refundable ten day holiday to Greece.

Rather than cancelling the whole thing and losing the money they had already spent, bride Huma, originally from Lahore, Pakistan, decided to take her in-laws on a Greek adventure.

Huma should have been soaking up the sun, visiting the sites and sharing romantic meals with her husband by her side – but instead she spent the whole trip cosying up to his parents instead.

But in order to show her husband that he was deeply missed, she decided to take a series of hilarious pictures in every location they visited, posing with a sad face and an arm around her absent partner.

Her pictures have gone viral and been shared thousands of times on social media platforms. 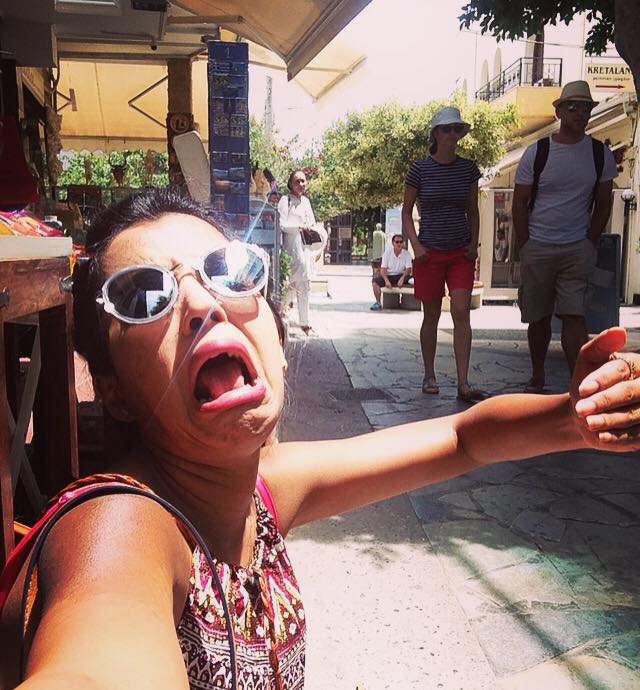 Huma admitted it is not the first time the couple has taken these kind of pictures.

A year ago, when Arsalaan went to Budapest with work, he send Huma a picture of himself with his arm out and a sad look on his face to show he was missing her. 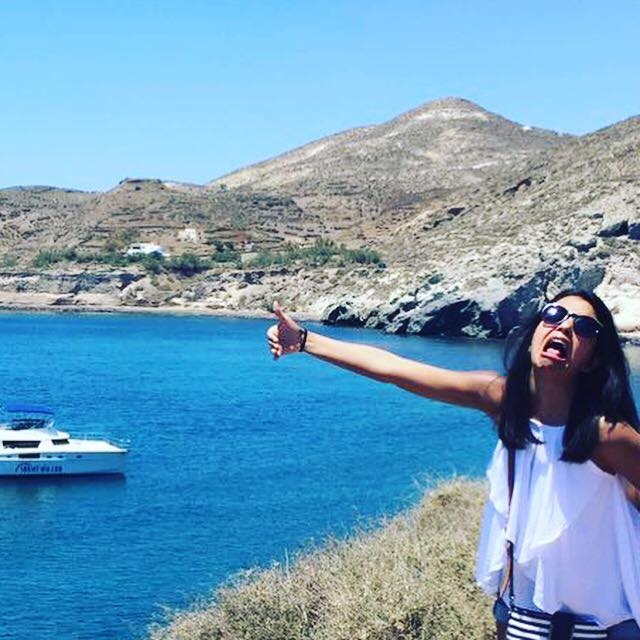 It has become now a tradition for the pair to take the snapshot every time they are travelling alone to send to the other.

It might seem close to a nightmare to go on a holiday with the in-laws to most, but Huma is very close to her mother-in-law.

Although Huma cried in the first night, she decided to make the best of the trip. 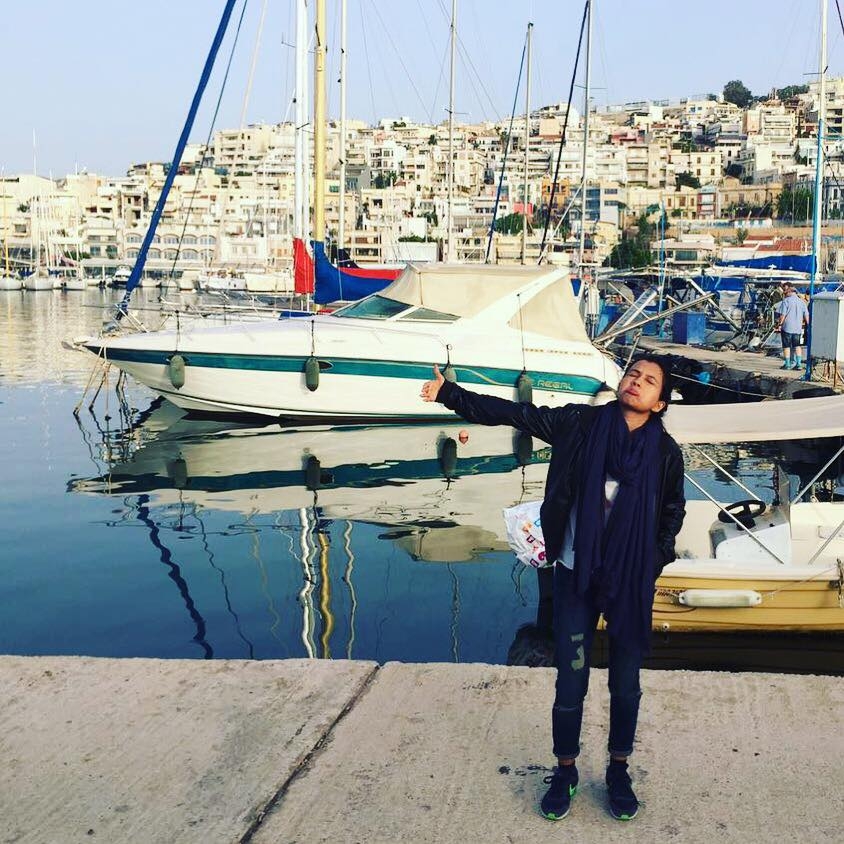 Apart from visiting and taking the series of photos to send to Arsalaan, she enjoyed spending her time with the in-laws sipping cocktails in Santorini.

Huma’s now back in Lahore with her husband and the couple are hoping for more luck on their first anniversary.