by RealFix
in Cute
0

Olly Wilkes, 17 months, who is already a keen swimmer, pictured in a pool in Bristol. See SWNS story SWSWIM; Little Olly Wilkes is a real-life merman - after learning to swim before she could walk. The waterbaby has baffled experts with her ability to swim more than 14ft (four metres) unaided and without armbands at the age of 17 months. Proud dad Christian, 39, began taking him to the local pool at the age of eight weeks like he did with the rest of his children. But the industrial maintenance roofer was shocked when he discovered Olly's ability to paddle around the pool without his help so young.

Little Olly Wilkes is a real-life mer-baby – after learning to swim before he could walk.

The tot has amazed onlookers with his ability to swim more than four metres unaided and without armbands at the age of just 17 months.

Proud dad Christian, 39, started taking him to their local pool when he only eight weeks old as he did with the rest of his five children.

But the industrial maintenance roofer was stunned when he saw Olly’s ability to paddle around the pool without his help so young. 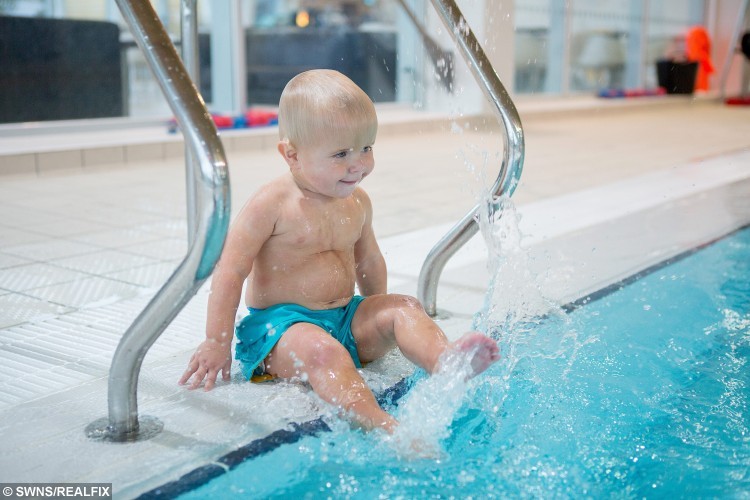 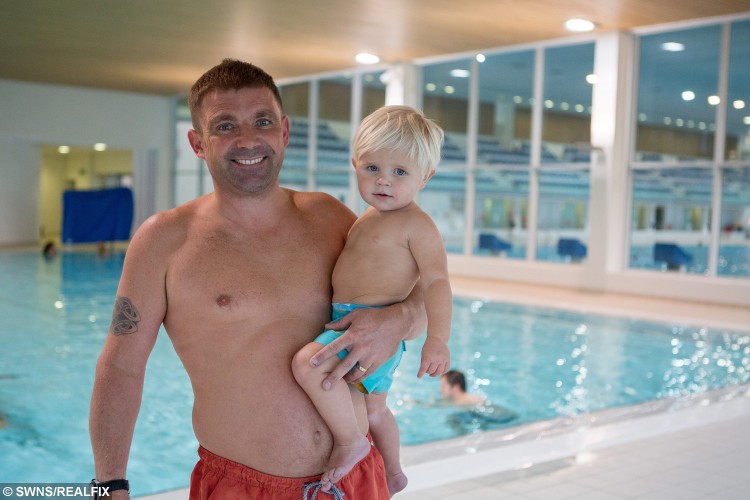 Olly can swim almost half the width of the pool without help. He also enjoys jumping in from the side and can pull himself out of the water.

He has overtaken his older sister Evie who managed to swim six metres – but not until she was 22-months-old.

Christian said Olly was swimming before he was walking and his ability in the pool has earned him respect from all the lifeguards at Hengrove Leisure Centre in Bristol.

He said: “Olly can do about four or five metres on his own, he’s pretty good at it. 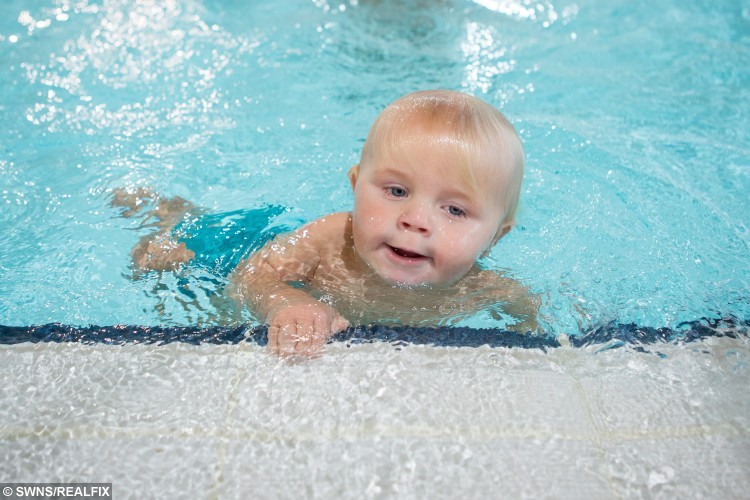 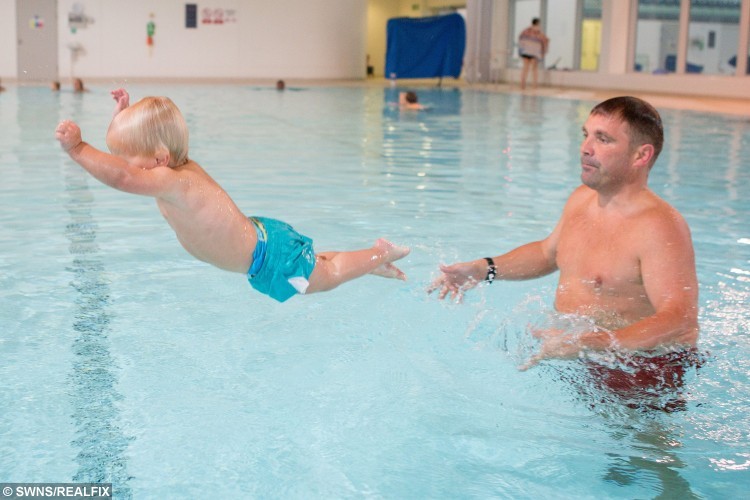 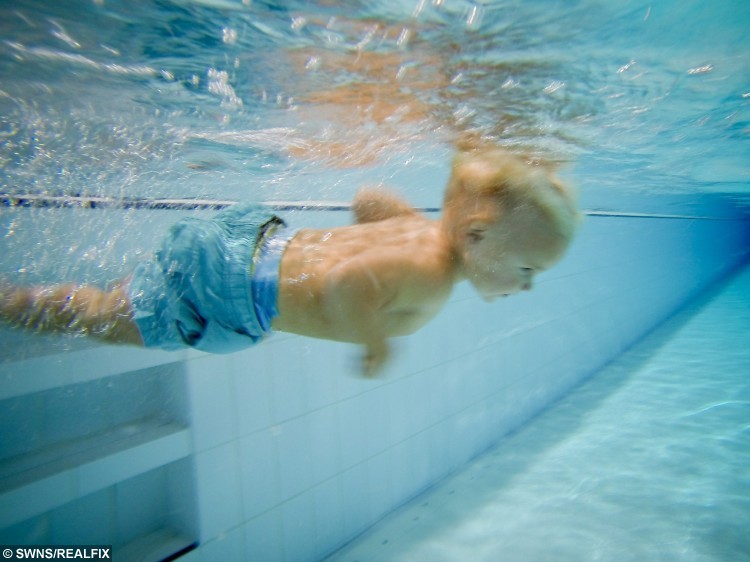 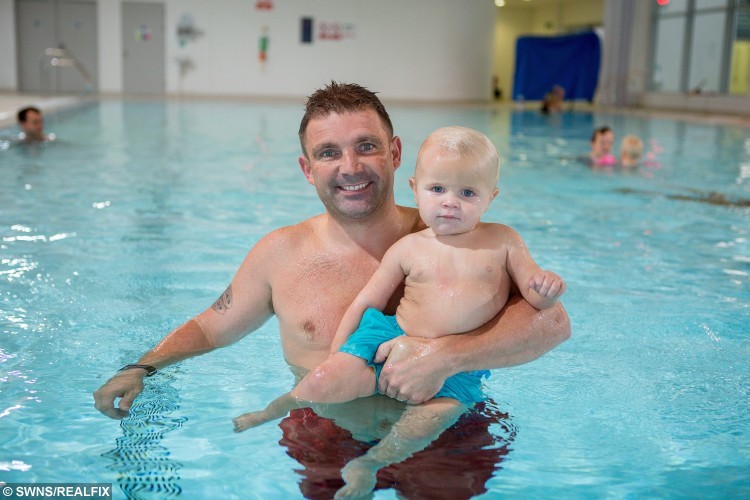 “I always think, ‘what would happen if one of my children fell into a lake or a pond’?

“They wouldn’t have armbands with them, so I think it’s really important that they know what to do in the water.

“I’ve never given any of my children armbands, I’ve never seen the need for them.”

Christian said that although Olly has not yet mastered any strokes he makes sure he swims for at least half an hour every session.

The father-of-five, from Whitchurch, Bristol, said: “We all just love being in the water together.

“Olly has really taken to it so well and he really enjoys it. He enjoys jumping in.”

Christian is also dad to daughter Jade, 12, who got her 10-metre swimming badge when she was aged three, and son Jamie, 14, and daughter Sophie, 19, who were both good swimmers by the age of three. 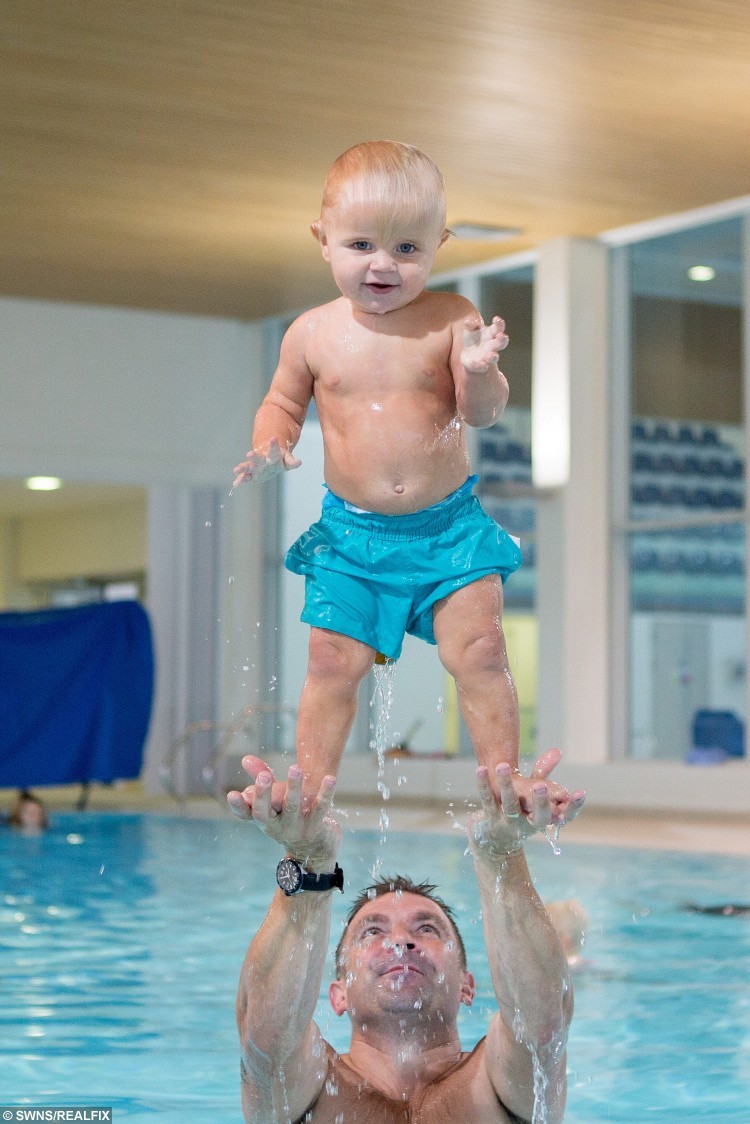