Lockdown entertainment: If you can’t get to the safari, the safari will have to come to you!

by RealFix
in Cute, Inspirational
0

A mum created a safari in her back garden for the family – complete with a makeshift monkey, giraffe and elephant.

Mum-of-two Gemma used old household items to create the animals – including garden wire and paper mache for the elephant, and an old plastic tube for the giraffe’s neck. 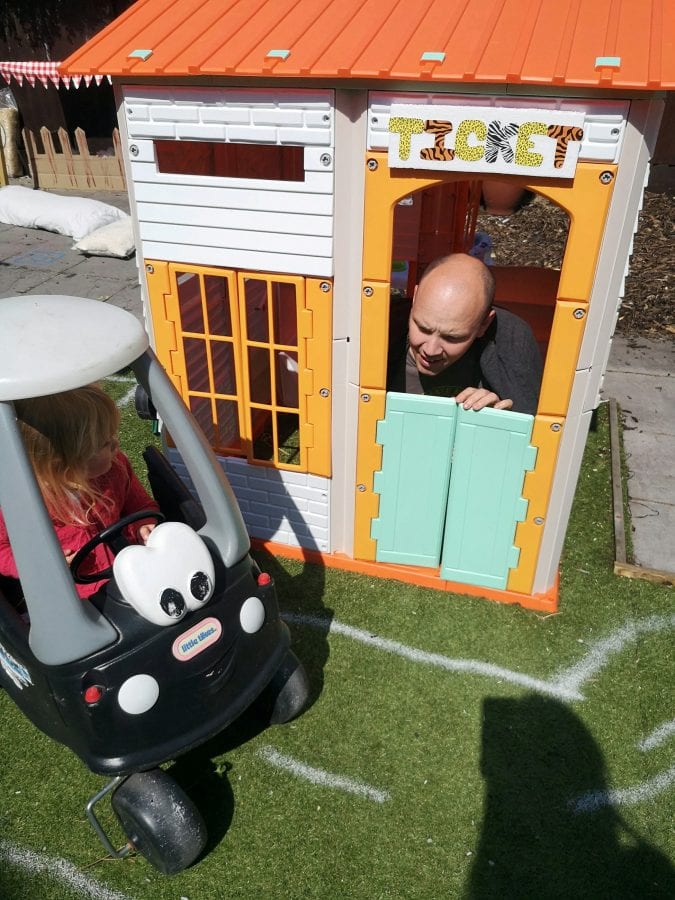 Pediatric nurse Gemma, with the help of her three-year-old daughter Evie, also upcycled some plastic plates left over from a birthday party to make tiger faces.

Once completed, dad Ian, 37, a lorry driver, helped out in the ticket booth, and Evie spent the day exploring the ‘park’ in her toy car.

Gemma, from Stoke-on-Trent, Staff., said: “It was just meant to be a bit of fun with all the doom and gloom going on.

“My daughter is a big animal lover and she was really upset when our plans to go to the zoo and wildlife park were cancelled.

“It took about two weeks to make all the animals for the safari. I was even cutting out mini animals during my lunch breaks at work. 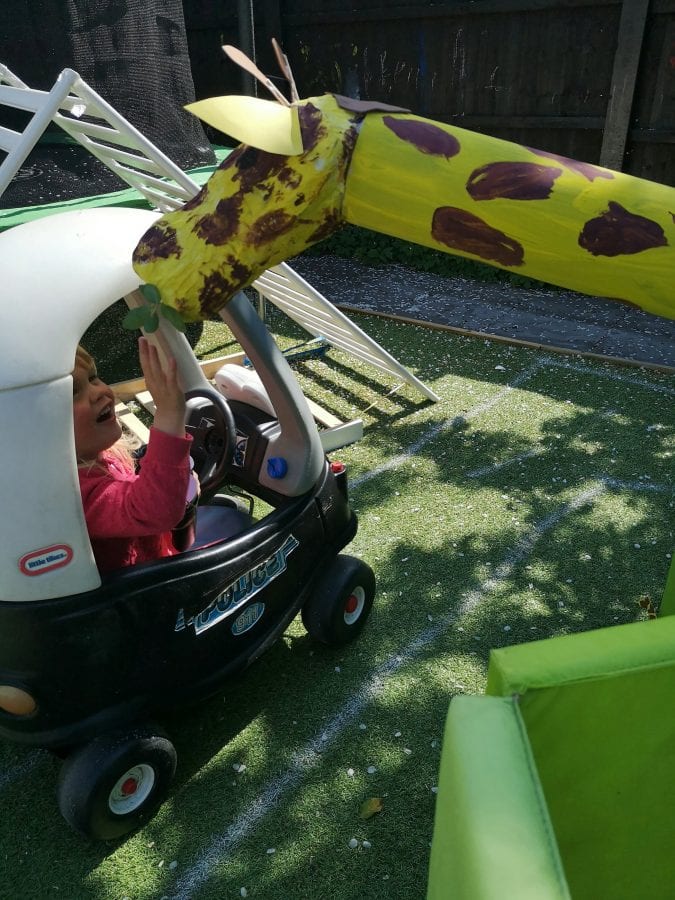 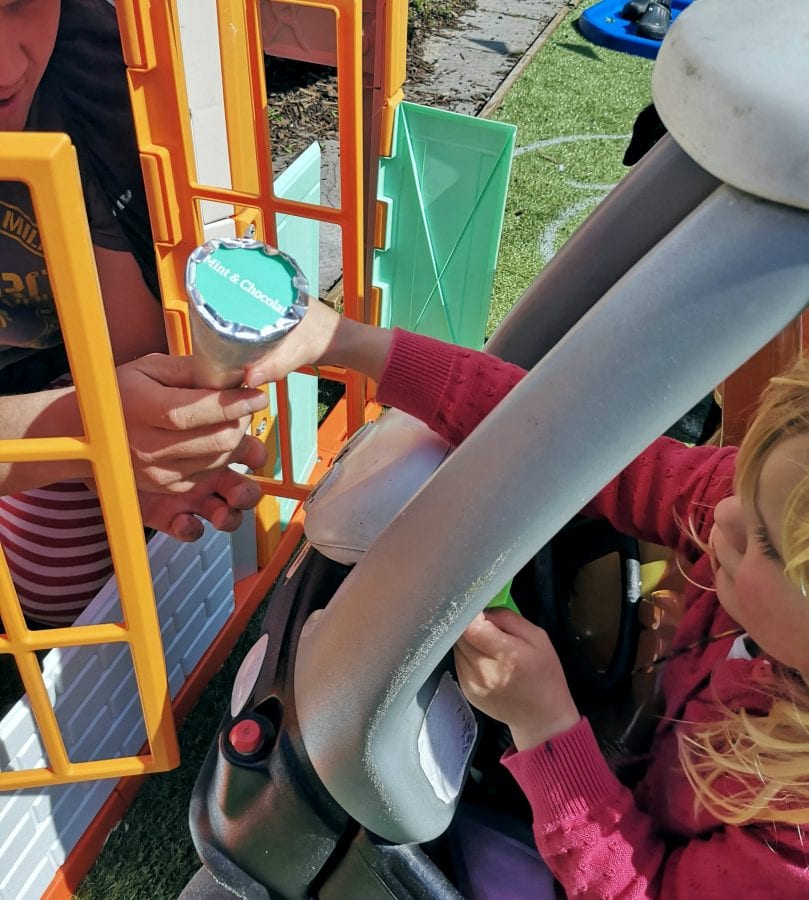 “I think it all came together really well and we all had a fun day. We love going on family days out and my daughter Evie especially loves animals.

“So when the lockdown happened, I wanted to think of a fun way for us to enjoy that day from home.

“Evie and I started making the bits and it took me about two weeks to get everything together. The elephant took the longest.

“Luckily, we had a blow-up monkey in the house which fitted in nicely.” 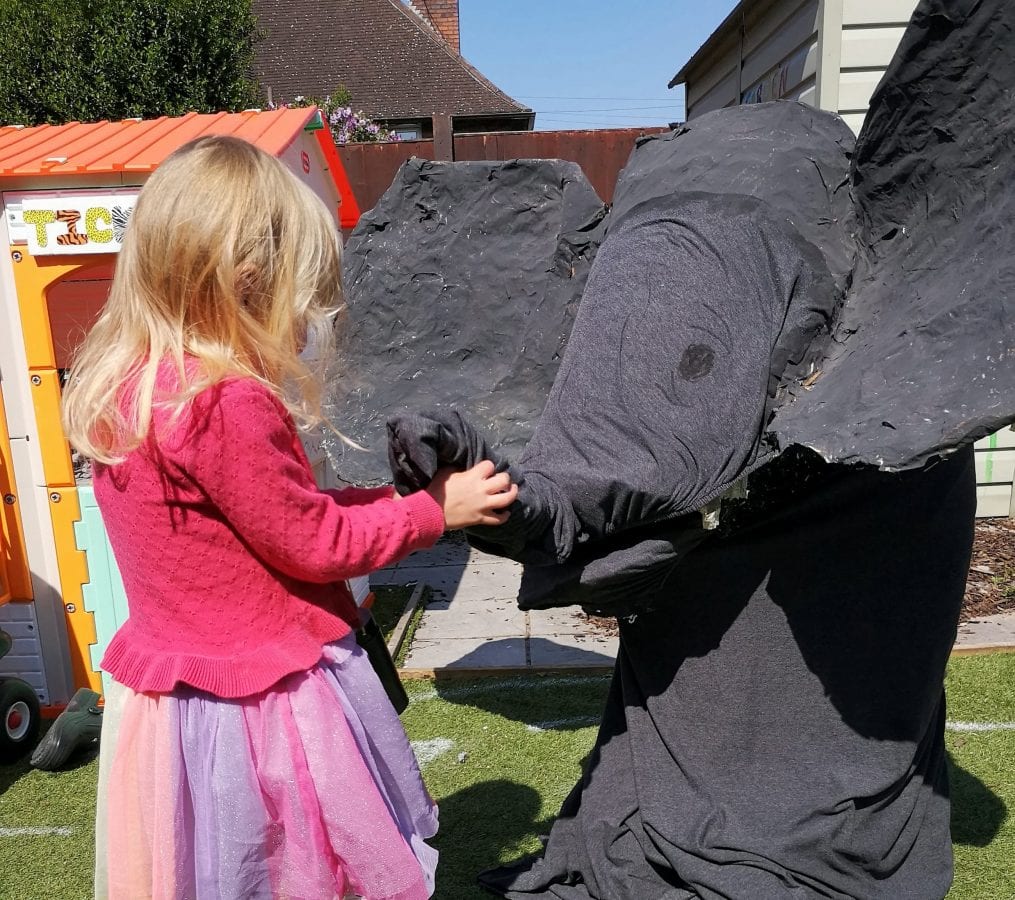 Gemma and Ian are both key workers and have been splitting their time with the children whilst they work opposite shifts.

She said: “We picked a day when we were both home with Evie, and our one-year-old, Charlie, to do the safari.

“It was mainly Evie and I that made everything, but Ian had a vital role – he played the elephant. He was also working on the ticket booth and handed out the ice creams. 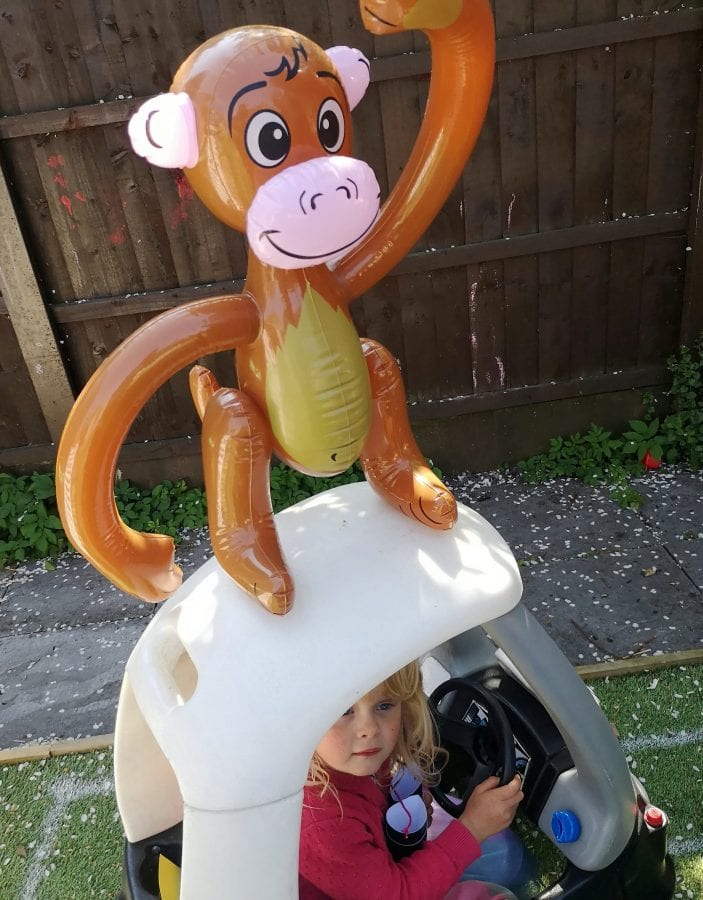 “Evie had lots of fun going around in her car and looking at the animals with her binoculars.

“Charlie is only young so he didn’t understand it as much but he had fun wandering around.

“Doing this felt like actually getting out and doing something different. Something to take our minds off everything going on and the kids loved it.”