by RealFix
in Cute, Inspirational
0

A group of lady crafters have created their own delightful woollen tributes to the nation’s key workers.

They have knitted and crocheted dozens of 12 inch tall figures of ‘Covid-19 heroes’ to celebrate their work and the 100th birthday of fund-raiser Col Tom Moore.

So far members of the 130-strong Secret Society of Hertford Crafters (SSOHC) have created 55 figures, 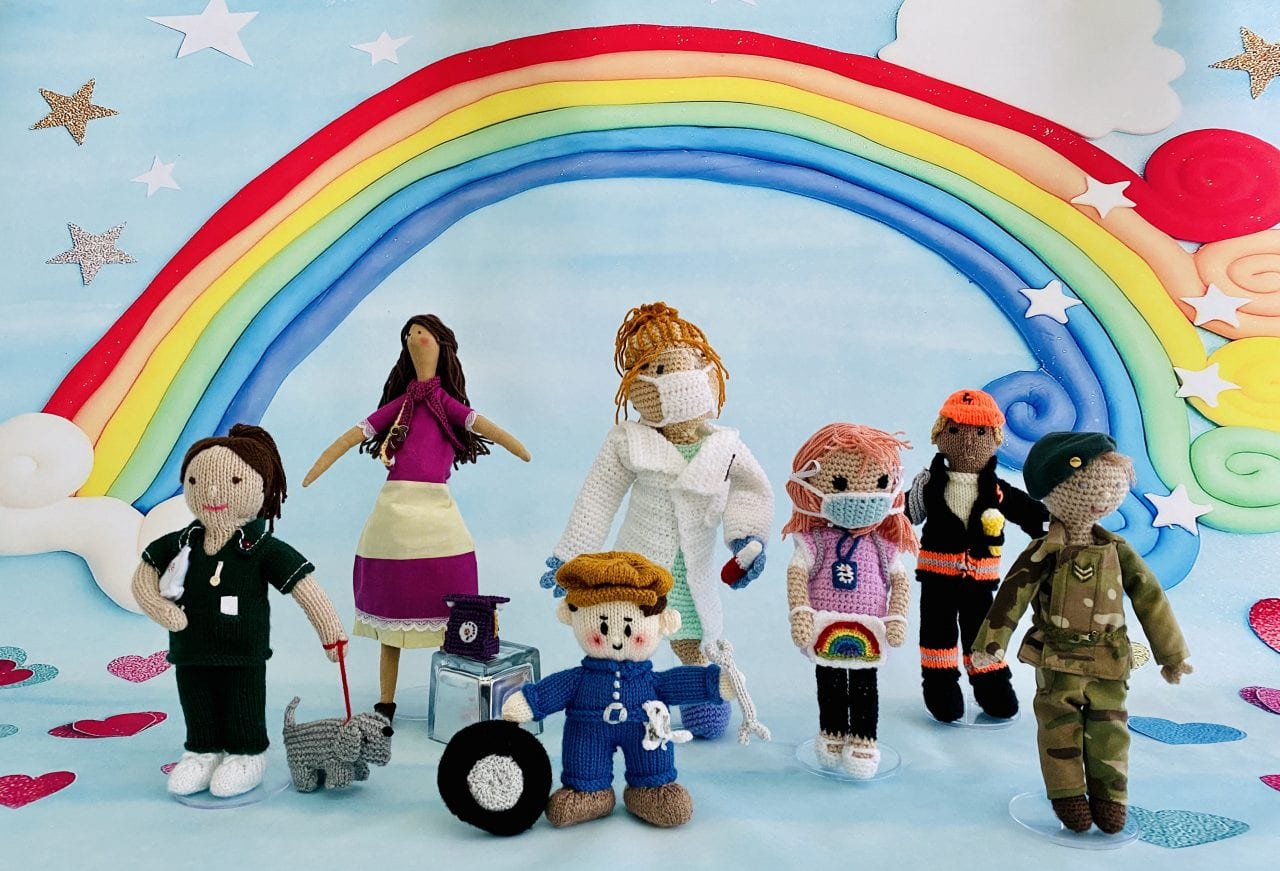 They have posted pictures of their individual creations on social media and each has its own story about how the character is helping society and those in need.

Some figures are crocheted and knitted, while others have fabric outfits with embroidered logos. 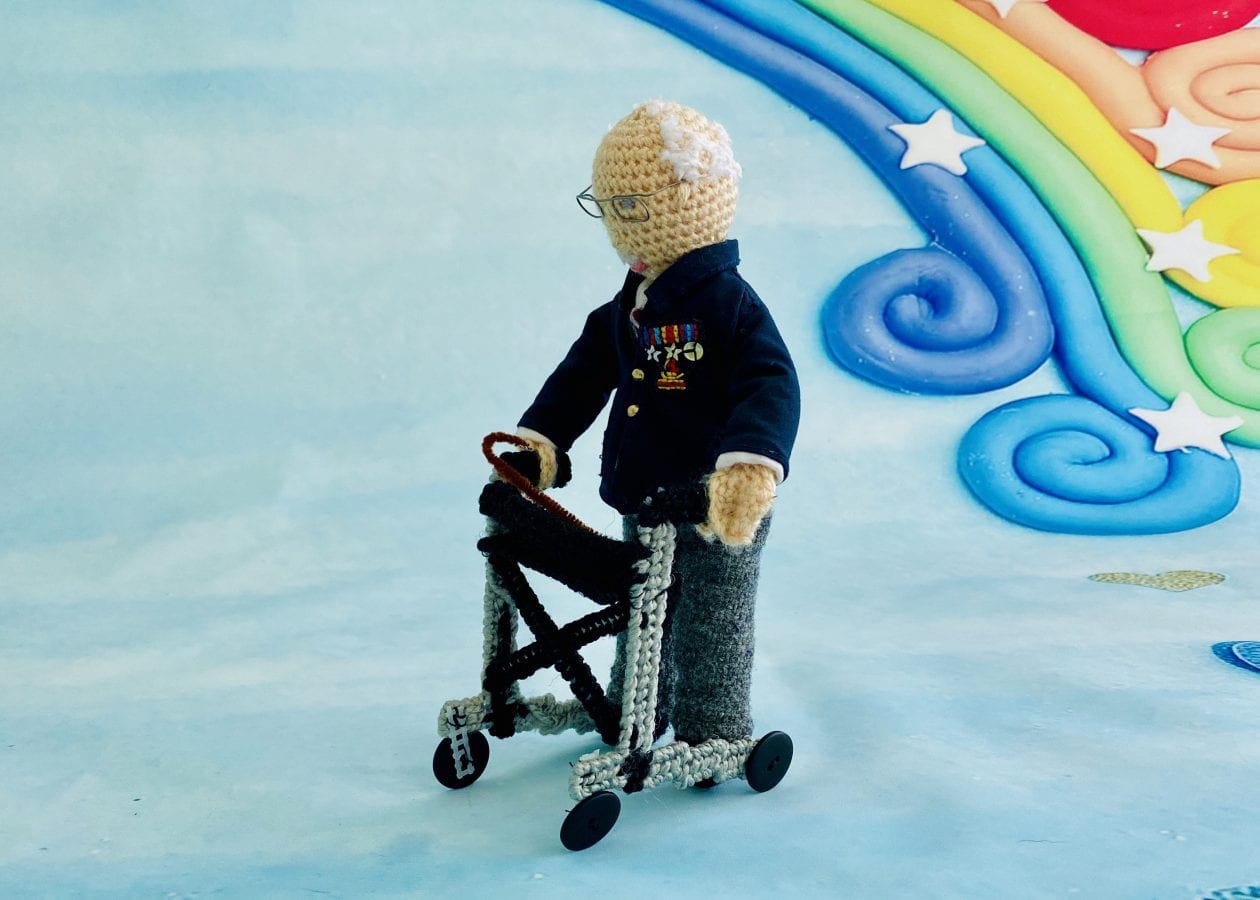 The Colonel Tom model was created to mark the 100th birthday of the ex-Army captain who has raised £32m by walking laps of his garden in Bedfordshire.

It was made by Nikki King and another member who cross-stitched the tiny medals and regimental badge, and made his walker using needlepoint on plastic canvas.

His tie was knitted on cocktail sticks by another member of the group. 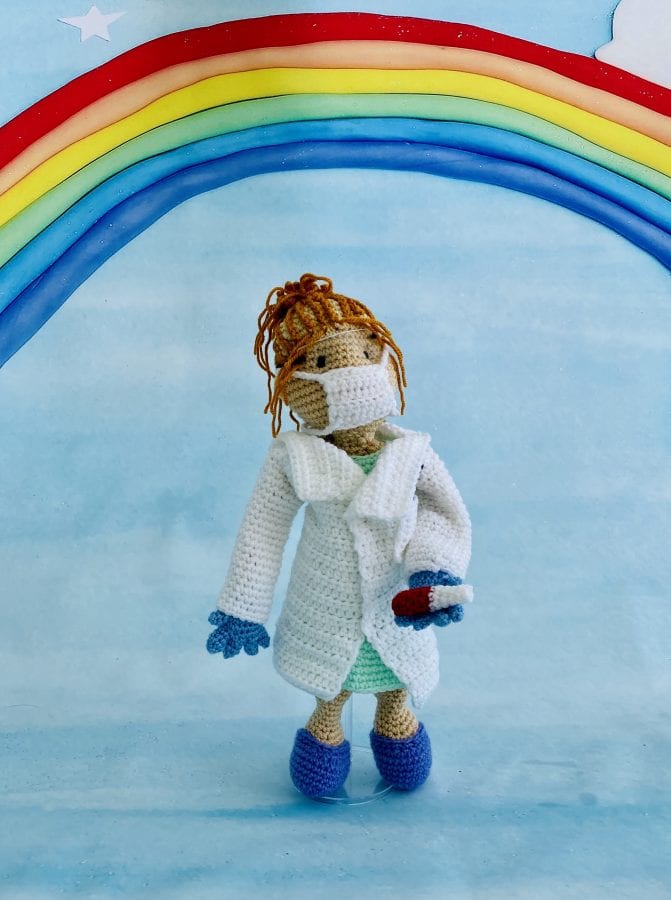 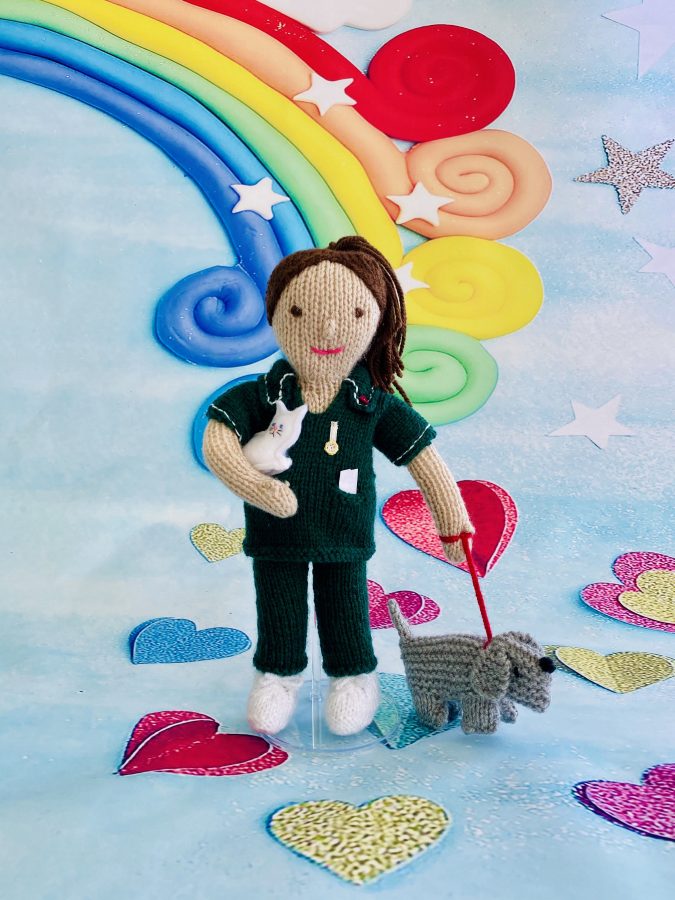 The group hopes the craftwork will bring “a little spark of joy during this difficult time” and will help raise funds for Citizens Advice Bureau (East Herts) and Carers in Hertfordshire.

The creations were the idea of the SSOHC founding member Anne Haworth, who said: “We wanted to find a way to celebrate the work they do and to thank them in some small way.” 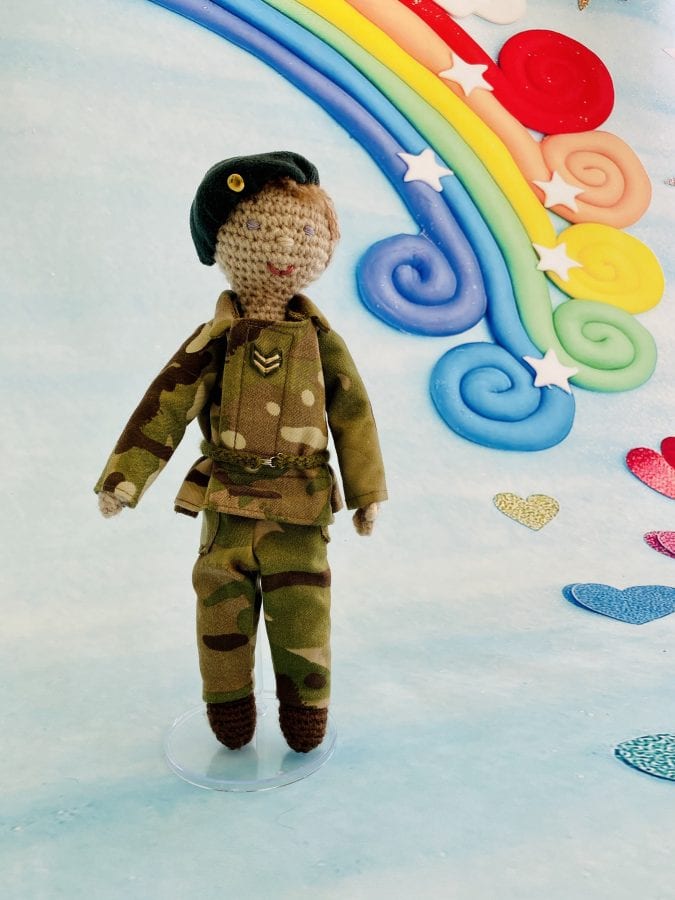 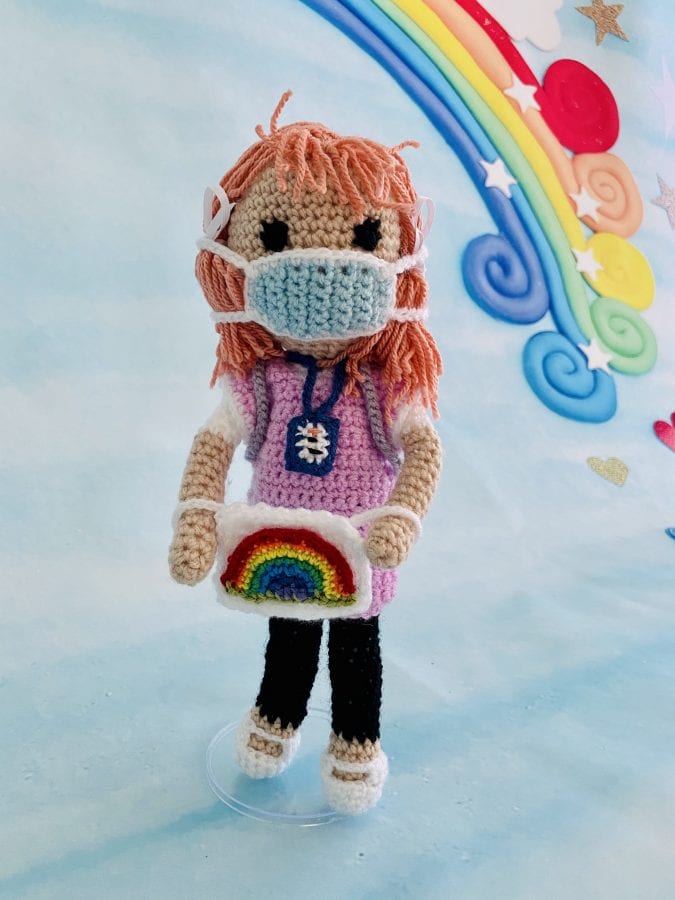 Anyone wishing to donate can do so via https://uk.virginmoneygiving.com/YarnBomber