Smitten Brit moves 5,000 miles to be with the love of his life – but you’ll never guess how they met

by RealFix
in Cute, Must Read
0

Snapchat of Gabrielle. See SWNS story SWSNAP; It was a love at first sight of sorts for a young couple who have become the first to get married after meeting - on SNAPCHAT. Nathan Treweek, 18, and wife Gabrielle, 20, tied the knot last year after a courtship which took place almost entirely online – over an app that deletes pictures after seconds. Brit Nathan and American Gabrielle spent the first year of their long distance relationship exchanging messages across the Atlantic. They came across each other's username's through humour website Tickld, in June, 2014 and Gabrielle was the first to make contact with Nathan.

It was a love at first sight of sorts for a young couple who have become the first to get married after meeting – on SNAPCHAT.

Nathan Treweek, 18, and wife Gabrielle, 20, tied the knot last year after a courtship which took place almost entirely online – over an app that deletes pictures after seconds.

Brit Nathan and American Gabrielle spent the first year of their long distance relationship exchanging messages across the Atlantic – and now they are believed to be the first Snapchat married couple.

They came across each other’s username’s through humour website Tickld, in June, 2014 and Gabrielle was the first to make contact with Nathan.

Cake decorator Gabrielle said: “The first snap ever was from myself to him, and it said ‘Hello fellow Ticklr!’ 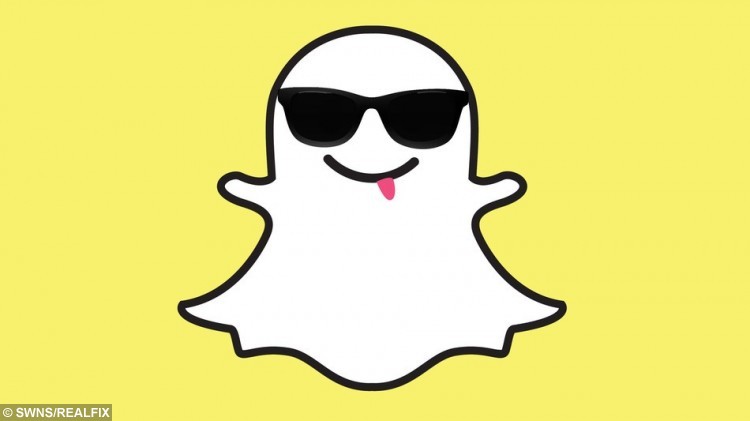 “It was just a black picture though, we were both quite cautious as to what we sent when we first met as anyone should be when meeting new people.

“His first message was an actual picture of himself sitting up in bed as it was very early and I had woken him up. He responded in the same way saying ‘hello fellow Ticklr!’

Following that, they began talking across platforms and Nathan, from Truro, Cornwall, even proposed to his girlfriend, who he had never met in real life – on Skype.

He then sent her a diamond ring in the post before they’d ever met face-to-face.

Speaking to student newspaper The Tab, graphic designer Nathan said: “Technically I proposed twice, once over Skype, and once in person eight months after we met.

“The first time I pushed the camera away, got down on one knee and asked, to which she said “yes”.

“I sent her a diamond ring for Christmas that she wore.”

But rightfully so, the pair, who now live together in Seattle, U.S., decided it would be best to meet face-to-face before their wedding day, so Gabrielle went to visit her partner at his family home, just a year after they’d begun chatting on June 8 2015 where she was proposed to for the second time.

Nathan said: “We decided that being apart from each other was getting very difficult and that it would be easier if we had met at least once to see if things between us could work.”

They then wed on September 17 at Gabrielle’s late grandmother’s home in Washington.

Speaking of the first time they met, Nathan said he was surprised how small she was.

He said: “I found her stunning, and fell in love with her then and there – though I still don’t really believe in love at first sight.

“I remember noticing she was incredibly small. I knew her height – 5ft 4 – but being able to actually see and feel it made it real.”

But he added that his parents remained dubious about the couple’s future.

He said: “It was difficult explaining to both families that we were a couple. Even harder when I proposed.

“Generally my family supported us, but had doubts that anything would ever last between us, telling me not to “get my hopes up” as she may not be who I think she is.

“My mother met her several times over Skype and she eventually came to terms with me moving away with someone, who in her mind, was a stranger.”

Gabrielle believes that their unique meeting makes their relationship special.

She said: “I think being apart for so long really made a very strong base for our relationship, based entirely on the companionship of the other person and not just about having someone around.

“It made us very close and has made things a lot easier because we relied on each other completely emotionally and were able to build on that.”

But she added that there was no time for taking things slow – after they had decided to spend their life together, things moved pretty quickly.

She said: “We never really had a chance to take things slowly.

“It was never a question of how fast or slow we should move in together, we just did because that’s all we could do. It’s not like we could stay over for a weekend.”

Overall Nathan is delighted with the pair’s marriage, and his decision to move to the United States to be with her.

He said: “I would move anywhere for my wife. To experience more happiness and finding someone that thinks, feels and lives how I do is something I will never regret.”