This baby girl loves making a scene! But not in the way you’d expect…

A baby girl is recreating famous movie and TV scenes – including Die Hard and Silence of the Lambs.

Evie Simpson wears a variety of costumes, wigs, makeup and props to copy clips from The Matrix, Hellboy, Breaking Bad and Kill Bill.

Her mum Jessica Simpson, 32, spends hours making the perfect setting for her shots – including the air duct scene from Bruce Willis’ blockbuster.

She uses her daughter, Evie, who is twenty-months-old, to pose as the actors. 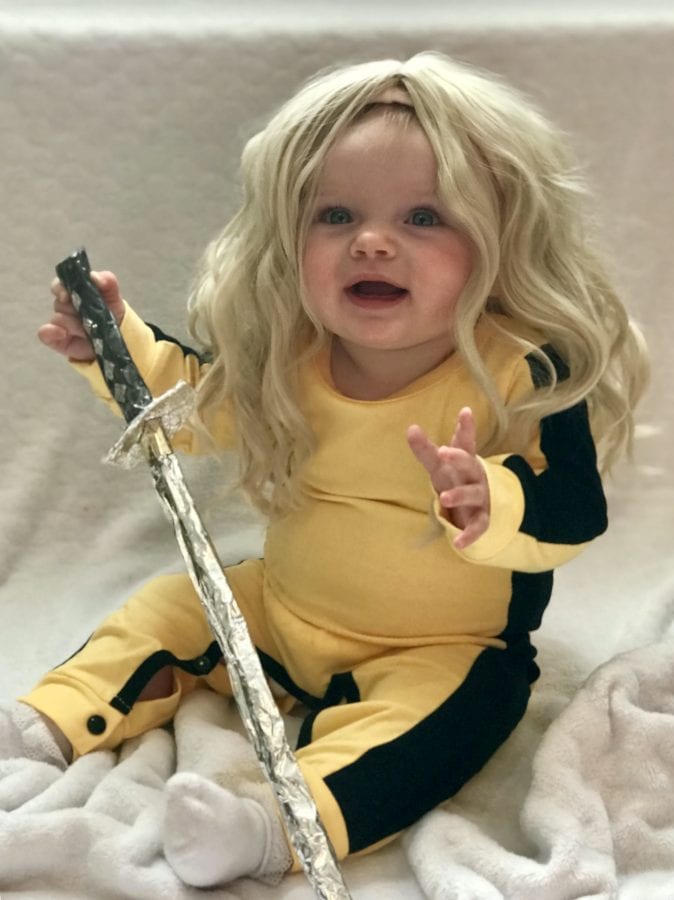 The versatile tot has pulled off roles of household names from Uma Thurman in Kill Bill to the Anthony Hopkins serial killer.

In one image, young Evie can be seen crawling towards the camera just like Bruce did in the 1988 action film.

In another, dressed as the infamous Hannibal Lecter, Evie is snarling at the camera while holding a knife and fork.

She has also reprised Gerard Butler’s role as Leonidas in cartoon-epic 300, complete with a six-pack and abs drawn on with make up.

Other film roles she has stared in have included The Matrix and Hellboy. 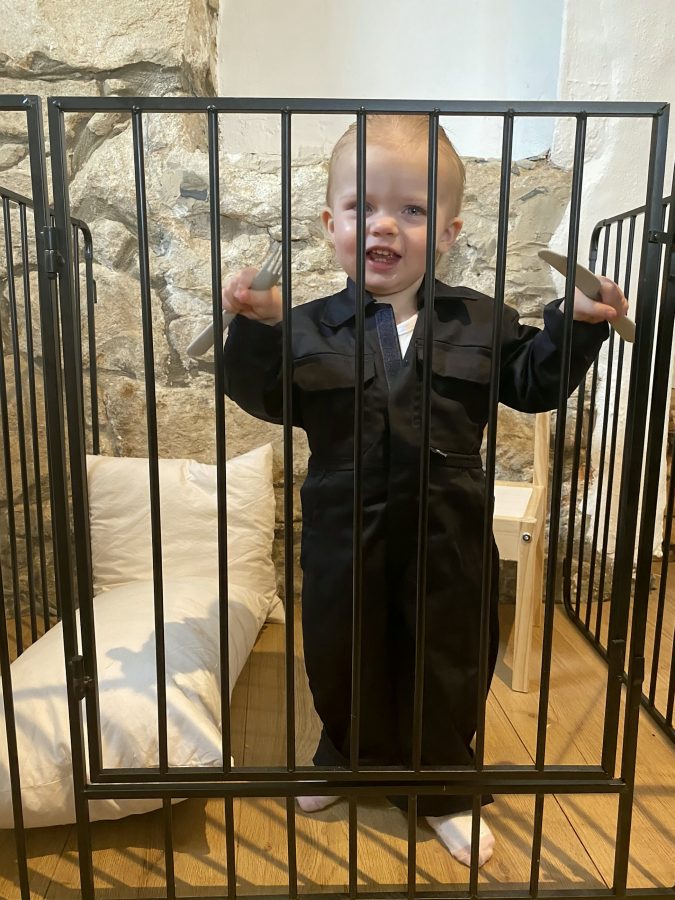 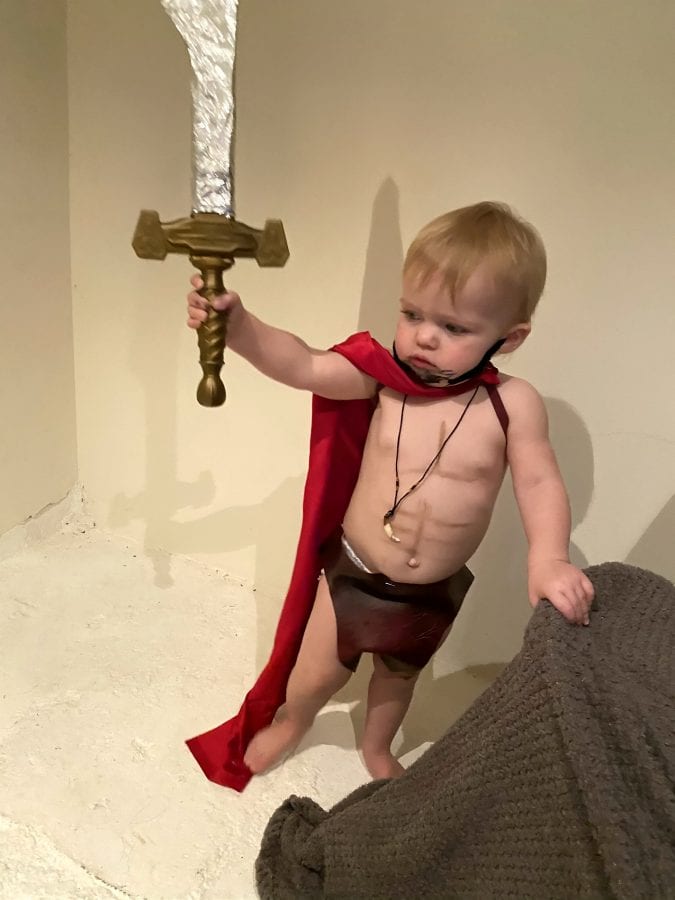 And she has also been Tom Hanks, Marilyn Monroe and Emilia Clarke as Daenarys Targaryen from Game of Thrones – complete with white hair, astride a dragon.

In addition to the movie scenes, Evie has also played the roles of singers including Madonna and Britney Spears.

Jessica, a business manager from Indian Queens, Cornwall, started it as a joke but her family and friends love it, regularly sending her messages asking for the next instalment. 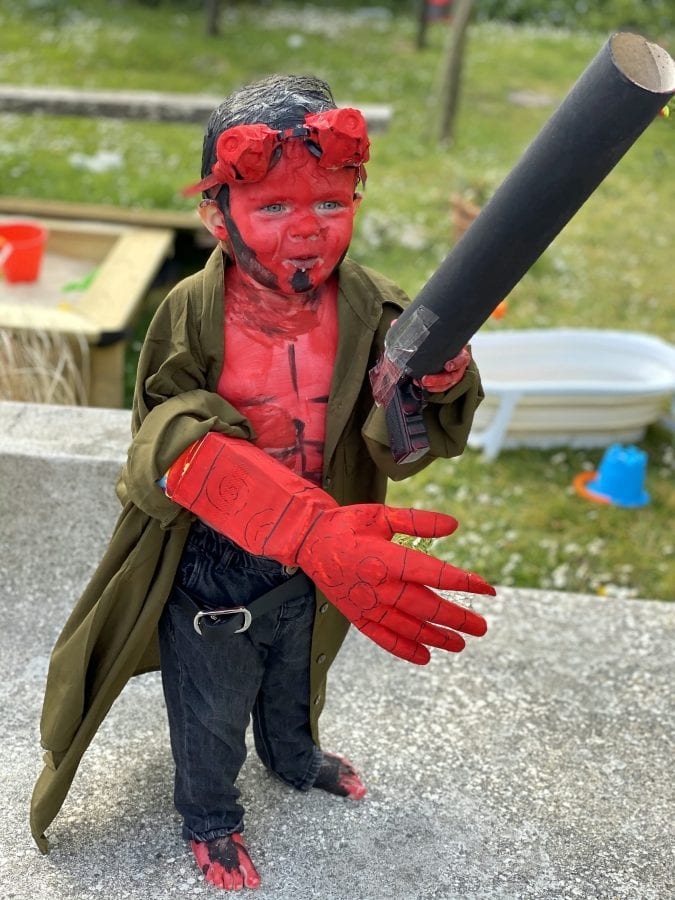 She said: “I’d seen something similar online, I think someone was doing book characters.

“It was just supposed to be a laugh but it went down really well.

“It feels to me like they’re really hashed together but I get lots of messages asking for the next one.” 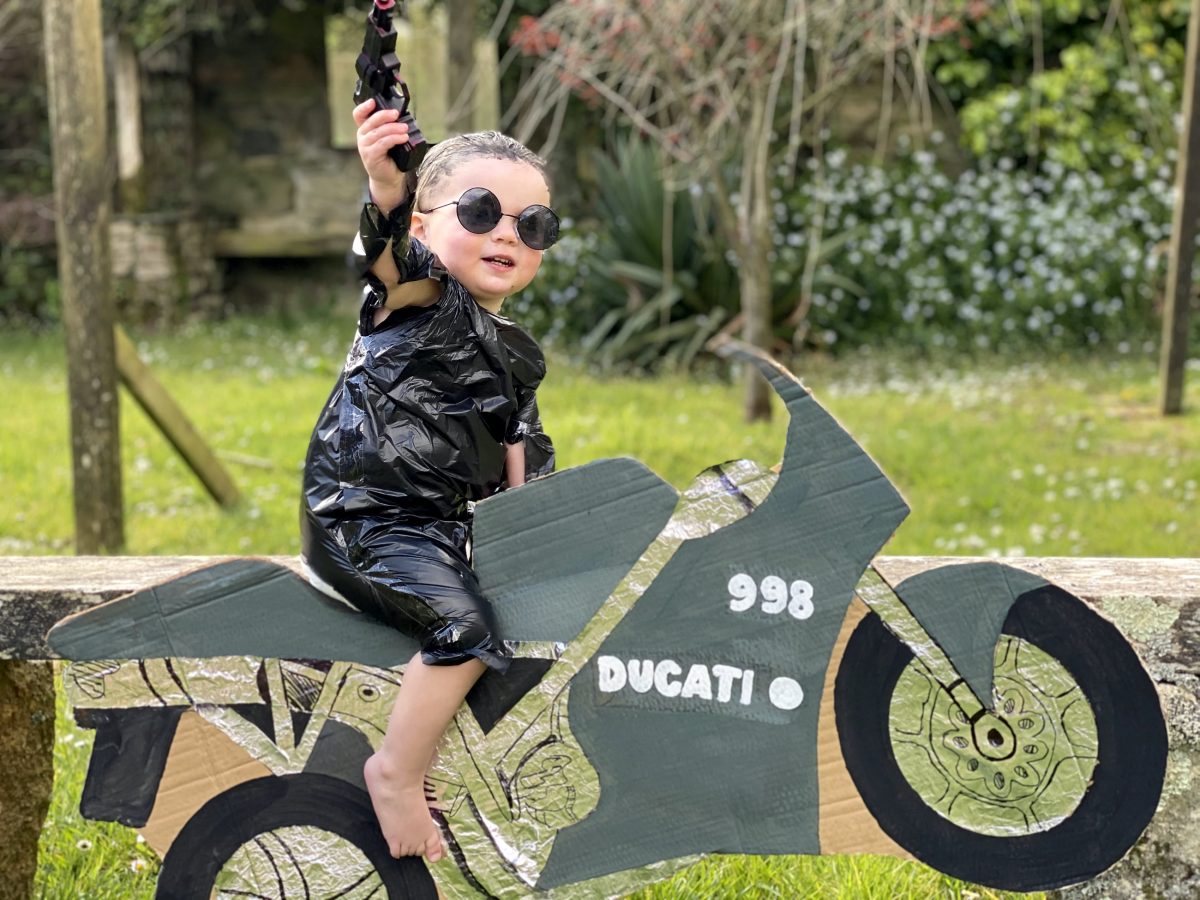 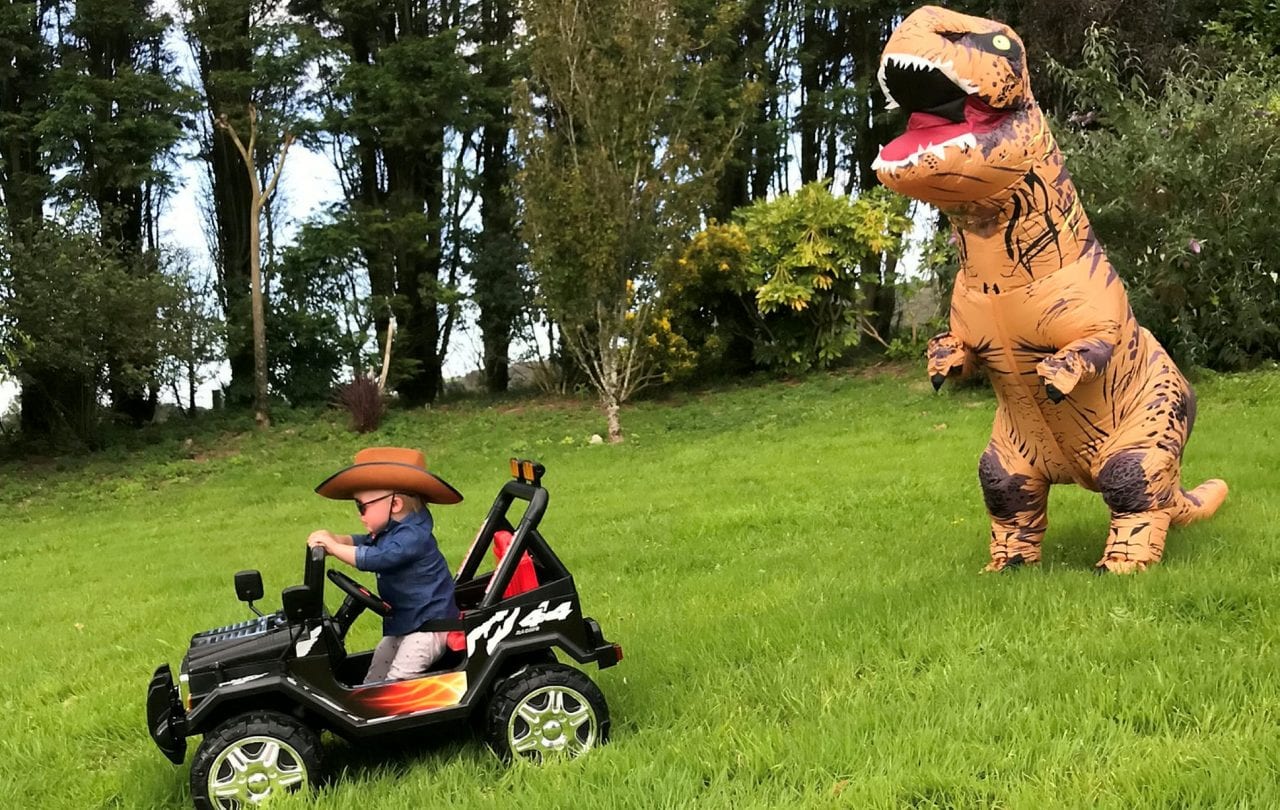 Jessica creates a new image each month, and every time the new subject is a closely guarded secret until the big reveal.

It started last year, when the mum-of-two dressed up her eldest child as celebrities who were enjoying their birthday that month.

She added: “That’s how it started, but now we’re focusing on movie scenes. We have just done Bruce Willis in Die Hard.

“I got a box from work and lined it with tin foil, then I got a battery powered tea light and made it look like a lighter.

“I had to dirty up one of her vests and put some eye liner on her face to look like stubble.” 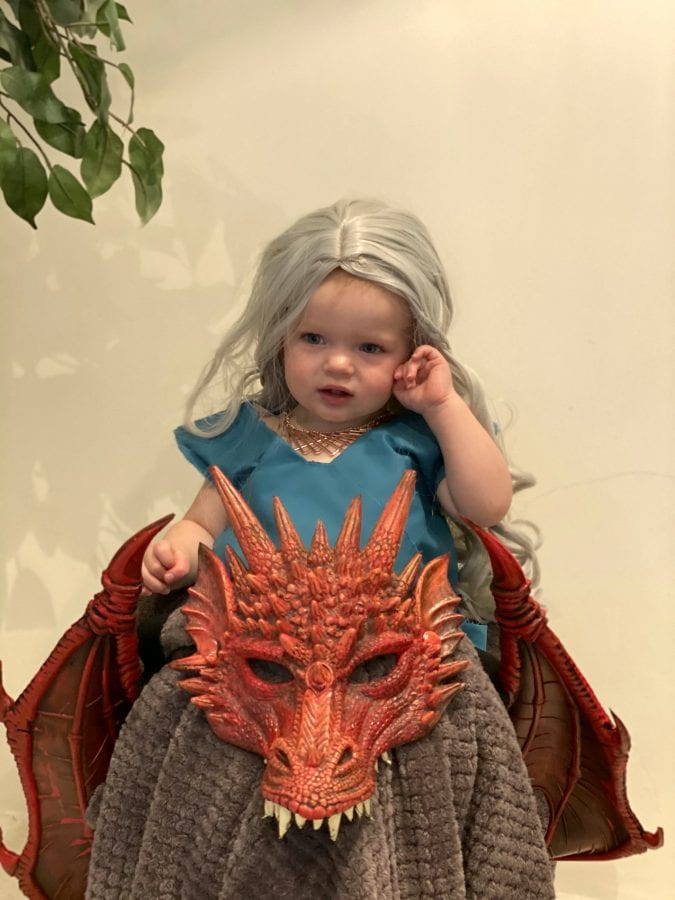 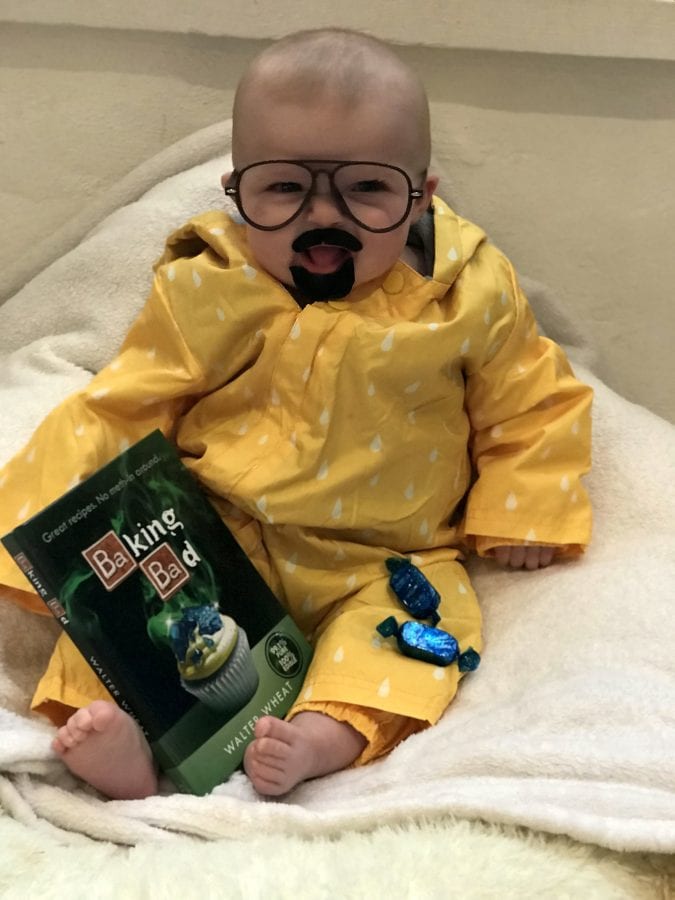 “I jot down ideas when I get them but I don’t plan too much. I look at what films have been released that month and pick my favourite.

“The one for next month is planned, but that’s it. I can’t tell you what it is, it’s a secret.”