This dad took rainbow tributes for frontline NHS workers to the next level!!!

by Ollie McAninch
in Cute, Must Read
0

A father-of-two spent a week transforming his whole house into the colours of the rainbow – in a tribute to frontline NHS workers fighting the coronavirus pandemic.

Danny Blackwell, 35 and his children Lydia, 13, and Dainton, 11, initially placed rainbows in the window of their three-bedroom house as part of the NHS heroes campaign.

But the youngsters then started to colour each individual brick on their house using different coloured chalk “as a bit of fun”.

And Danny, who works as a scaffolder, used it as a way to keep his children entertained during the lockdown.

The family, from Ackworth, West Yorks., spent around an hour each day on the multi-coloured tribute as each brick was painstakingly chalked in a different colour.

It took them eight hours in total to finish off the house.

Danny said: “It just started off as a bit of fun with my kids because I had seen others in the area had started to chalk their houses in tribute.

“My children helped me do the first half of the house then I ran out of chalk.

“Someone came round and said ‘that’s cracking, when are you doing the rest of the wall’.

“I said I didn’t have any chalk left, so I couldn’t finish it.

“He said that’s a shame, it would have looked nice to have been finished off properly all the way to the top.

“The next thing we knew, people in village had donated more chalk so we could finish it off.” 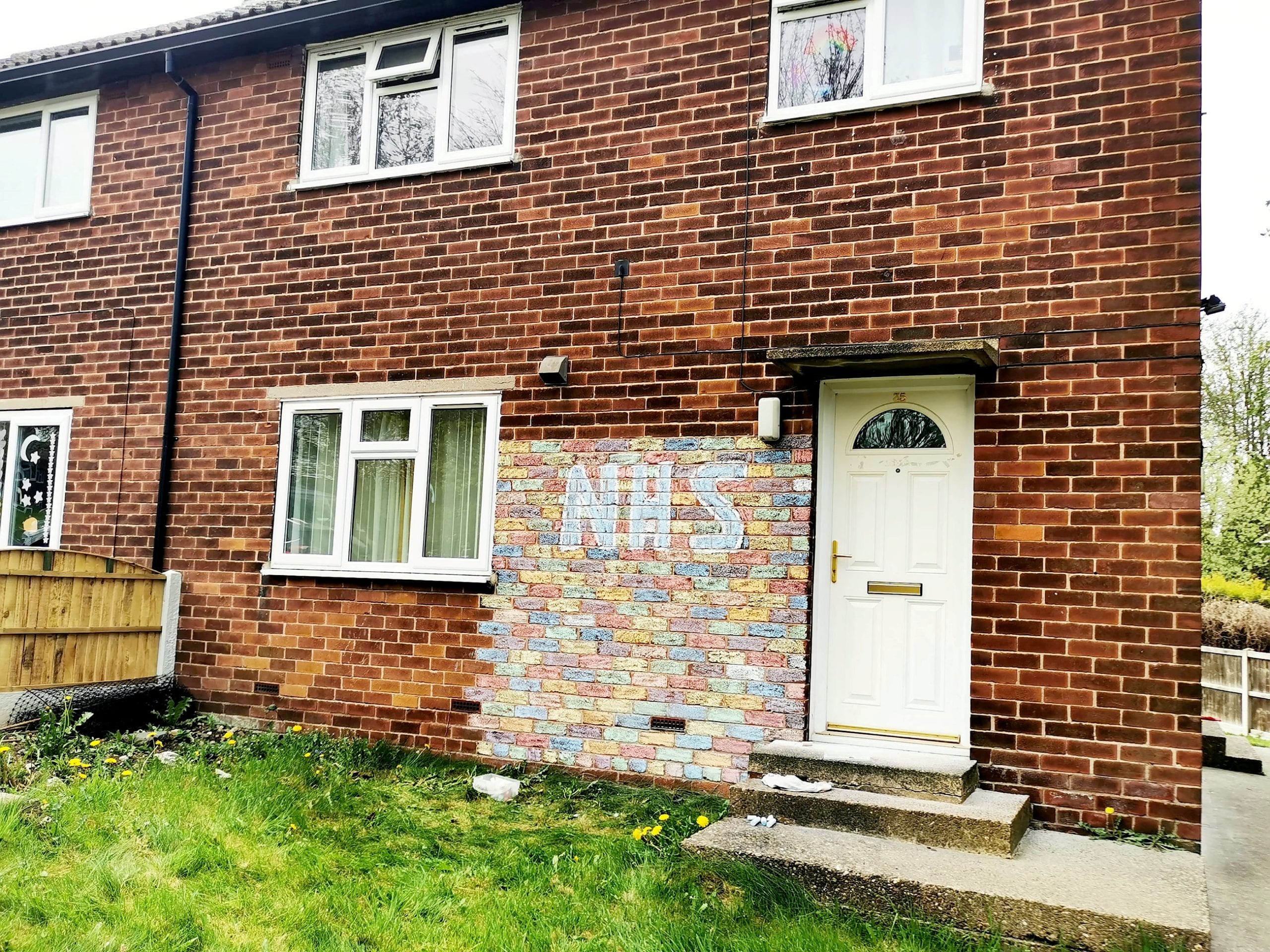 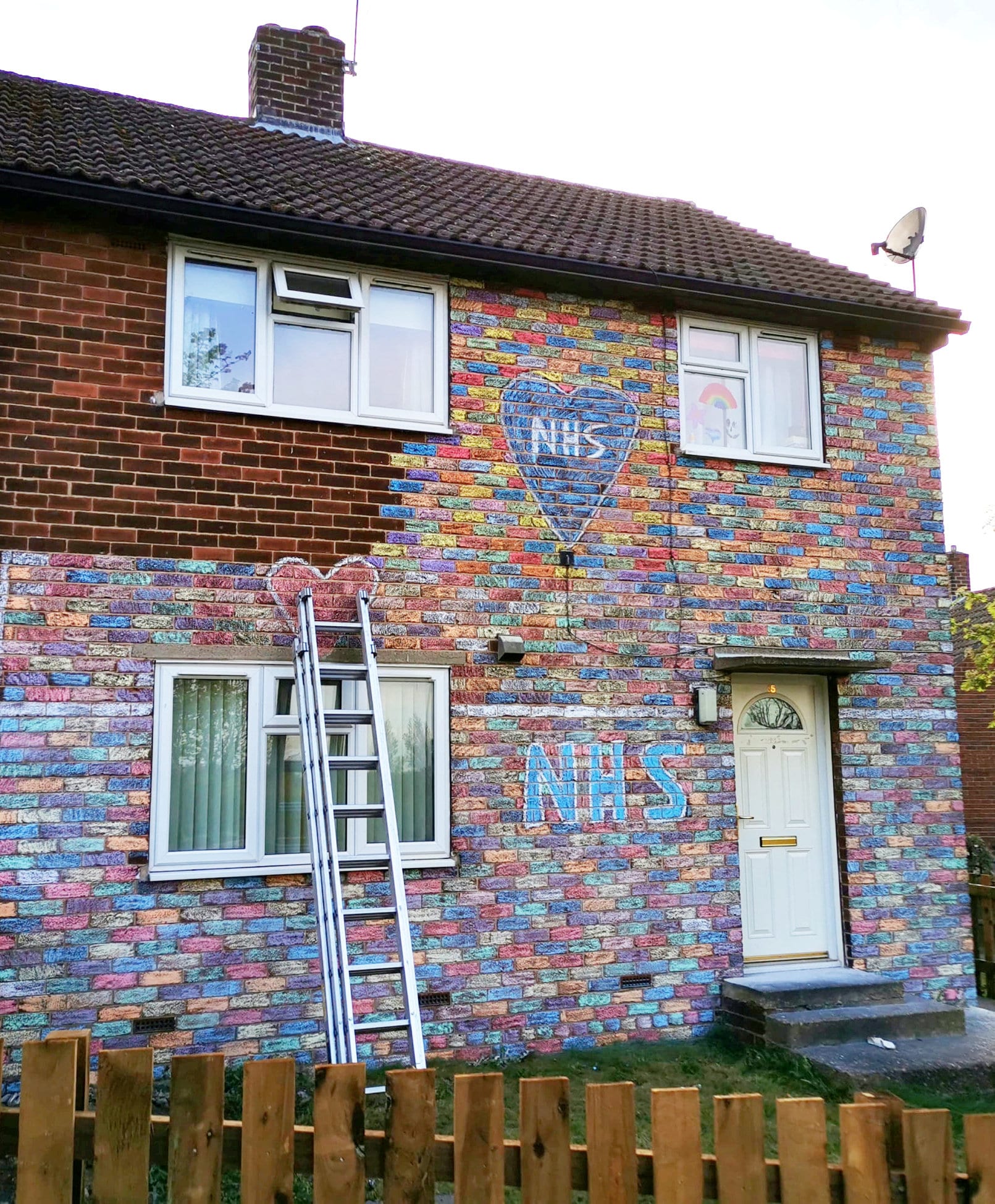 Danny used ladders to finish the tribute, which took around 100 pieces of chalk.

He even managed to get his children to colour the fence in on their garden.

He added: “My inspiration was the dedications and tributes to the NHS.

‘I had been inspired by the pictures of rainbows in people’s windows and we just started doing the wall.

“The kids love it and the neighbours love it. 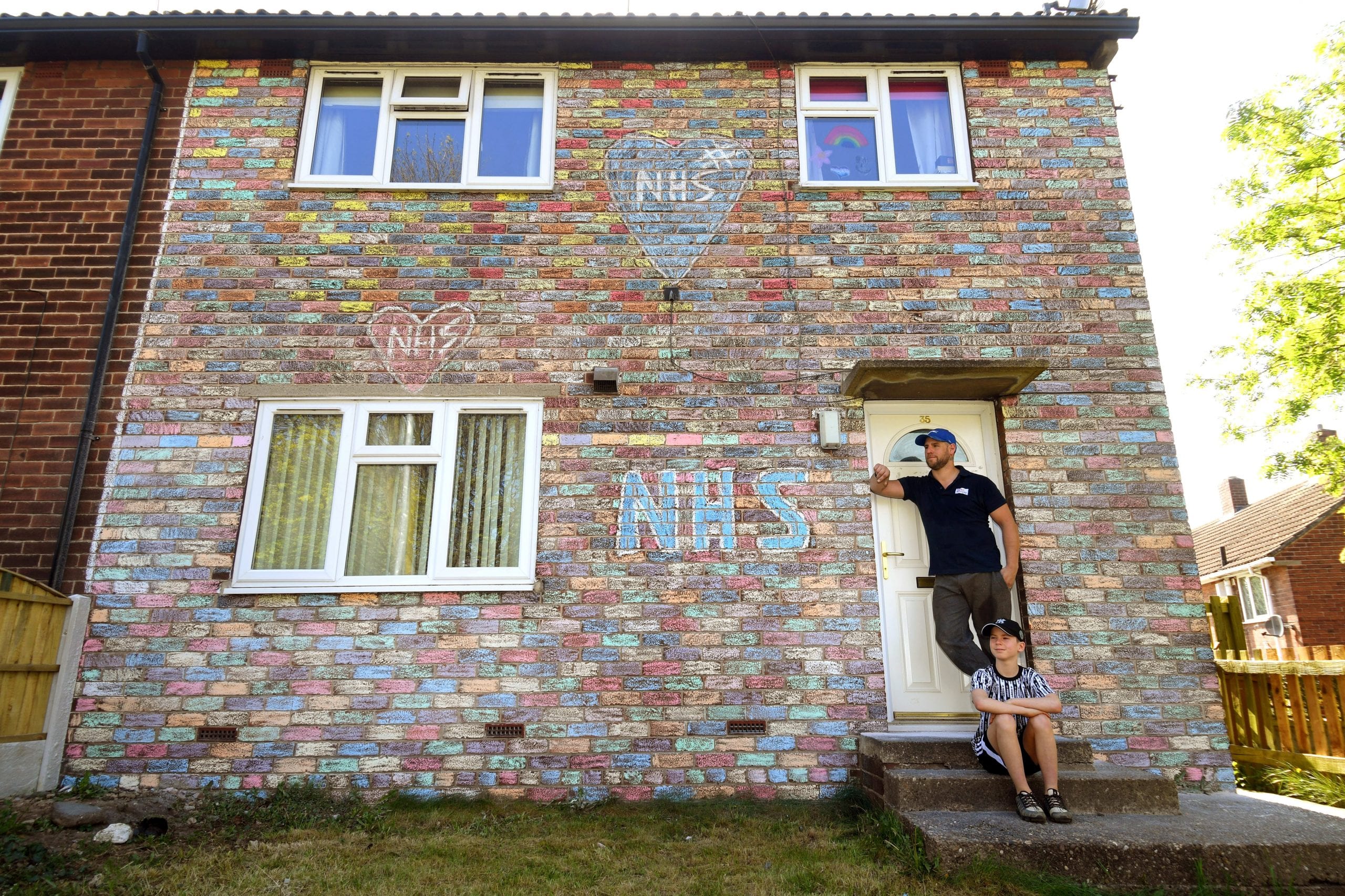 “I just wanted to pay my own little tribute to all the NHS heroes on the frontline and put a smile on people’s faces.”

Homeowners across the country have also been putting messages of support in their windows for NHS workers to see with the words “stay safe” and “be kind”.

And children have been using chalk on pavements to create more rainbows and lift spirits.

Coronavirus: Man with Down’s syndrome hugs mum after being given just hours to live

Lockdown Dentist: This dad took dentistry into his own hands!

Lockdown Dentist: This dad took dentistry into his own hands!

Strangers worked together to reunite ten-year-old Hattie with teddy left 2,300 miles away at remote Iceland campsite