A woman who turned 100 says the secret to her long life is – a £1 daily bet on the horses.

Cecilia Reeve gambles a quid every day at her local bookies – and says it keeps her sprightly.

Known as Sally she turned 100 this week and alongside her card from the Queen she received one from her local Betfred – for being their oldest customer.

Sally, who still lives independently in the house she has been in since she was a baby, places a £1 each-way bet on horse racing.

She then spends her afternoons watching the races on TV. 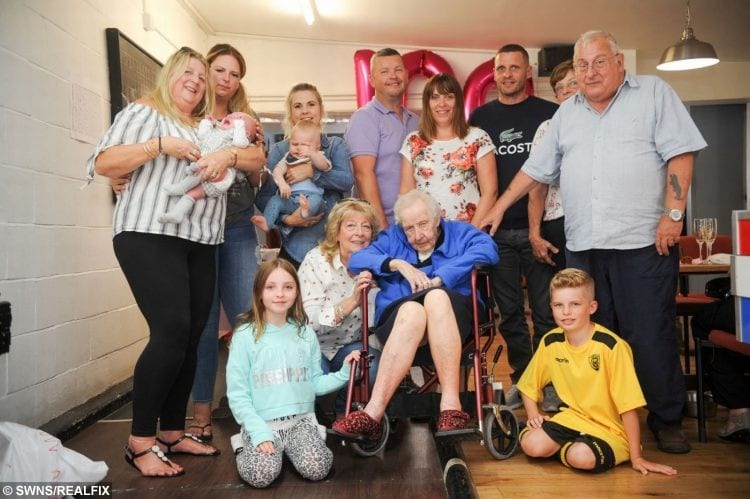 The popular pensioner, from Cheltenham, Glos., has been mad about racing since she was a young girl.

And although she can no longer walk to the betting shop herself, Sally makes sure her friend and carer Susie Moore puts the daily bet on for her – even on Sundays.

Susie said: “I think that’s what keeps her alive. Some days she does very well, other days very bad, but it doesn’t matter. It keeps her brain active.

“Every day I go to the bookies and put on a £1 each way for her. She puts a bet on every day, seven days a week. I even have to do it on a Sunday.

“She even has a birthday card from Betfred because she’s their oldest customer.”

Sally and Susie meet up for lunch every day, before Sally goes back to her lifelong home to watch the racing on TV.

And Susie added: “Everybody loves Sal. She’s a good laugh and has always loved her racing since she was a lass.”

As well as racing Sally loves a tipple of Guinness, a bar of chocolate and a game of bingo. 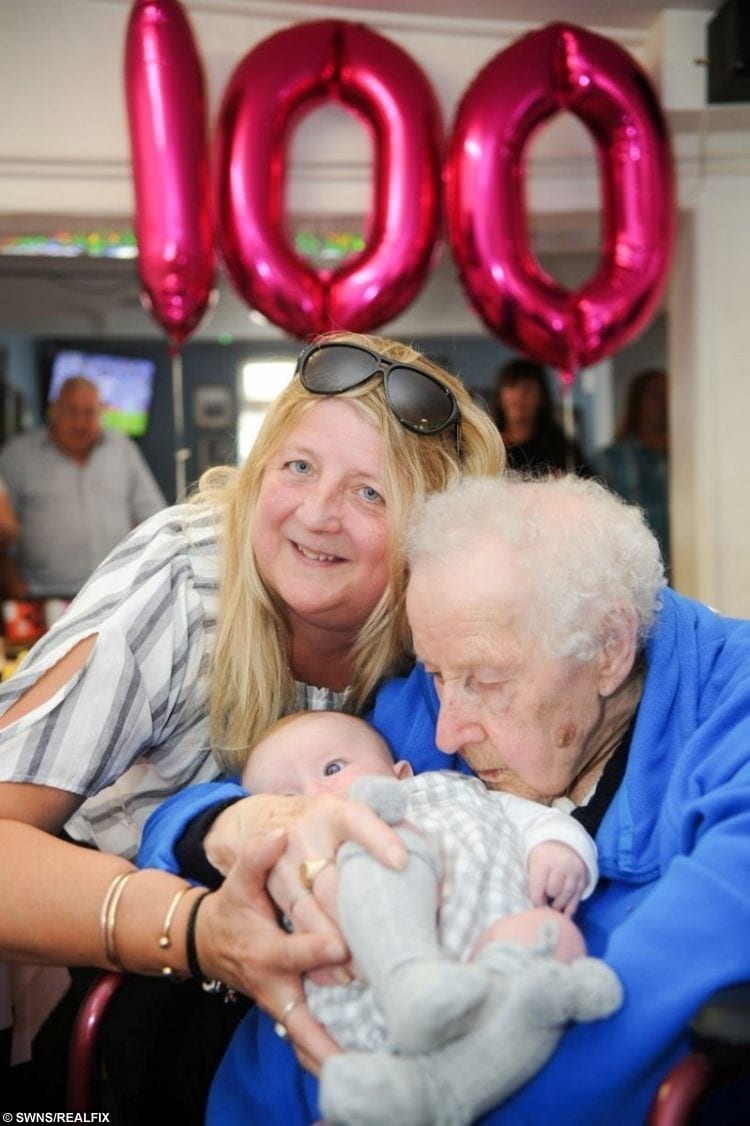 She lives independently in the same two-bed terraced house she was taken into by a kindly relative at just three weeks old, after her mother died in childbirth.

During the war she worked putting out fires and told Susie the house was bombed.

Susie said: “Her husband Harry went to war and she did her bit too.

“She said at one point they got bombed and did not have any roof on the house. It was open to daylight and she used to sleep looking at the stars.

“For many years she worked at a local laundry, Paragon at Hatherley, and they used to come home at ten o’clock every night.

“I think life was hard back then and she still needs to keep busy and feel useful. She does little jobs for me like peeling the potatoes and veg.”

Sally and Harry never had any children, and Sally has been living alone since Harry died over 20 years ago.

She remains a popular figure in the neighbourhood, with neighbours all coming together to throw a 100th birthday party for her at her local pub, Adam & Eve.

Susie said: “Everybody wanted to do something for her and she remembers the days when there was a pub on every street corner.”