Lewis Wilcox, 11, with his huge Lego city. See SWNS story SWLEGO; A Charlton Kings Junior School pupil and his father have spent more than five years constructing a Lego town. Russell Wilcox, aged 42, from Wyman's Brook in Cheltenham and his 11-year-old son Lewis started building Lego sets together in 2009, and since then, they haven't looked back. Ever since the creation of the earliest sets, the pair have gradually grown their collection, and instead of packing it away, it has now turned into a permanent fixture. Russell explained how it started: "Lewis got a couple of Lego sets at Christmas, there were some shops and other items, and then it just escalated from there."

A father and son have spent five years building a Lego town in their home – just like the plot of The Lego Movie.

Russell Wilcox, 42, and his 11-year-old son Lewis started building their miniature community in 2009 and have so far spent £1,000 on sets.

Their project echoes the ending of the Lego Movie, where Hollywood star Will Farrell plays a dad who mends his relationship with his son through their love of Lego.

But the Wilcox’s sprawling brick town – which boasts an airport, railway, farm, beach and a skate park – has now outgrown the spare room where they build it. 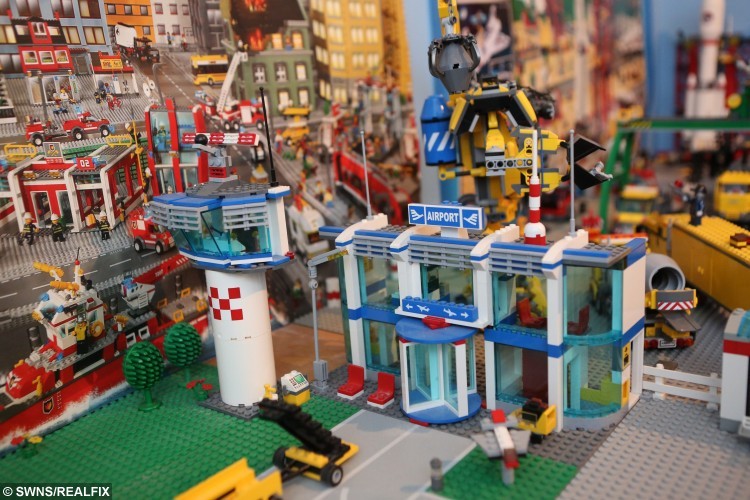 Minibus driver Russell said: “We are running out of space now.

“Something will have to move. We cannot physically fit any more in the room. We usually find space but now we might have to buy a new house!”

Russell, of Cheltenham, Glos., said the project snowballed after Lewis started getting Lego sets for Christmas and birthdays.

He became fixated with the project and they had to move it into a spare room of their house as it got bigger and bigger.

“Lewis got a couple of Lego sets at Christmas, there were some shops and other items, and then it just escalated from there,” said Russell.

“I would be lying if I said that I didn’t enjoy this as much as Lewis as we both like model villages and other things miniaturised.

“Lewis does not know of anyone with quite the same amount of Lego he has.” 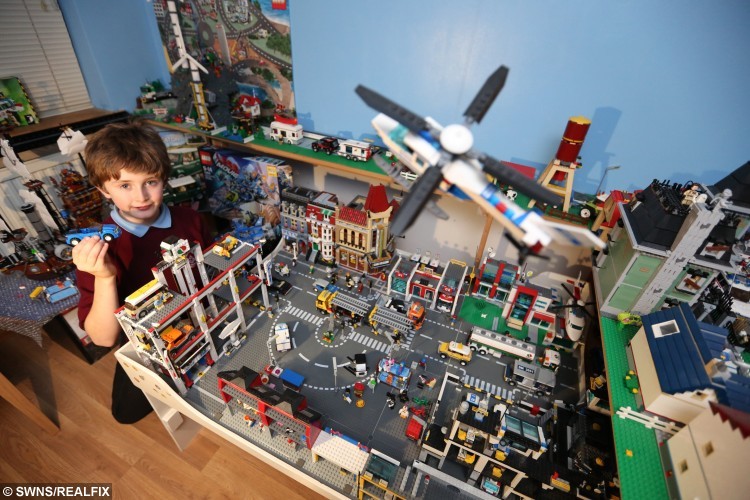 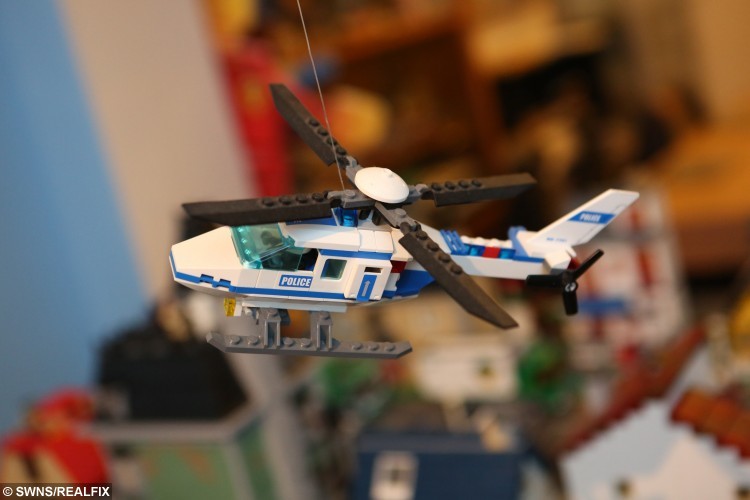 The town is set on a table measuring 2.8m by 2.5m and it has spread to different levels.

It features restaurants, shops and plenty of quirky characters.

The toy maniacs are not the only ones who are thrilled by construction – Lewis’ school pals, family members and friends all come over to check out the town.

“All our friends and family are blown away,” the father said. “It’s not something you see everyday unless you go to Lego Land.”

Lewis often comes up the ideas himself on what to put in the town – much of it inspired by the 2014 Lego Movie.

The town even includes the Lord Business character voiced by Farrell, who in real life is a boy’s father who builds his own pristine Lego city.

Lewis splits his time between Lego and the park where he enjoys stunt scooter riding.

“It will continue to grow and develop as we both love it,” said Mr Wilcox. “But first we need to find more room.” 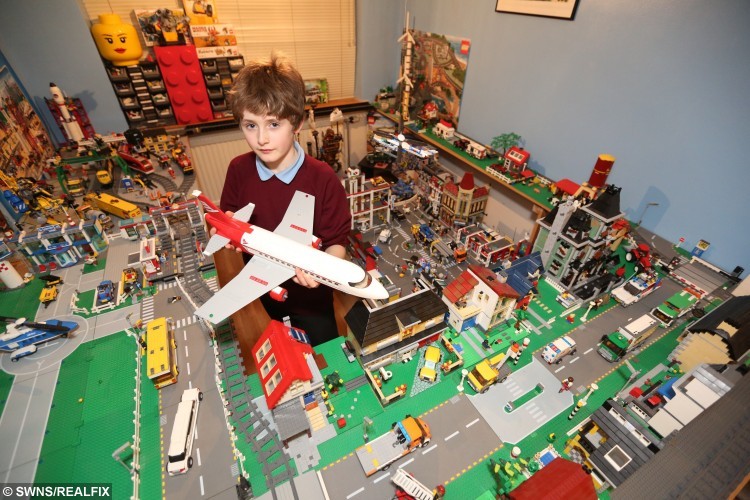