A giant marble poppy weighing over 4 tonnes, is put in place in Royal Wootton, with stone mason Nicola Stagetti, putting the finishing touches on it. See SWNS story SWPOPPY; Weighing over four tonnes, a huge marble poppy has been put up in Bassett as a tribute to the town's repatriations by local artist Mark Humphreys. Mark's work 'Everyman Remembered' took pride of place at Trafalgar Square during the centenary of World War One at Armistice Day last year. Not one to shirk his roots, Mark, originally of RAF Wroughton, wanted to do something similar for the place he was born, and settled on the 'Forever' poppy to commemorate the efforts made by Royal Wootton Bassett. The coffins of 355 fallen military personnel passed through the town between spring 2007 and summer 2011 with the High Street being a focal point for families of the deceased.

A four-tonne marble sculpture of a poppy has been gifted to Royal Wootton Bassett as a mark of gratitude for honouring fallen military personnel.

The 15ft-long sculpture will serve as a lasting memorial to those who passed through the town after being repatriated from Iraq and Afghanistan.

Between April 2007 and August 2011 the town came to a standstill on 167 occasions as the bodies of 355 servicemen and women were driven along the High Street. 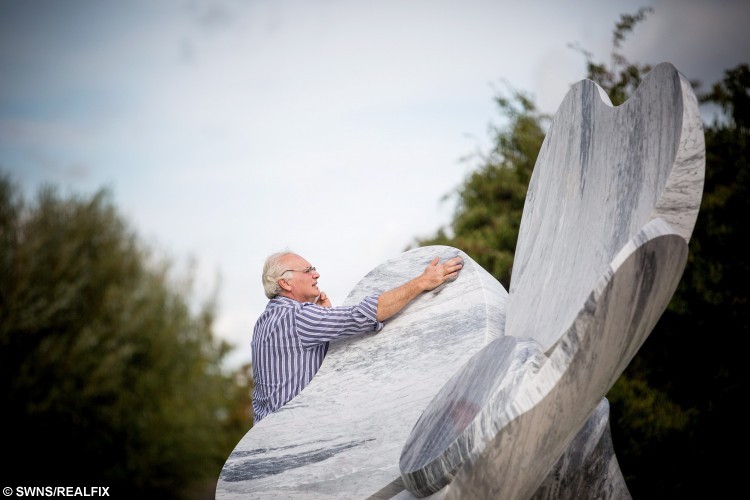 It was designed by local artist Mark Humphrey, who grew up near the town, who made it from marble to represent “the harshness of war”.

He said: “It is an abstract poppy shape of four hearts, one for love, one for respect, one for gratitude, and one for honour.

“The cross symbolises sacrifice and forgiveness.

“It is all about thanking the town for what it did in the repatriations and for those conflicts.”

The coffins of the fallen passed through the town as they made the 46 mile journey from RAF Lyneham to the Oxford hospital where they were taken for memorial .

Hundreds, sometimes thousands, of people lined the streets in silence as the hearses travelled down the main high street.

Ian Ferries, mayor of Royal Wootton Bassett, said he hoped the sculpture, which is made from Carrara marble, would survive many future generations.

He said: “I think it is such a truly marvellous piece of art, and it rather epitomises the spirit of Wootton Bassett in many ways.

“The artist’s intention when he gave it to us was an appreciation for all the town had done during the repatriations.”

“The motto of the town is to honour those who serve, and what finer visual item to demonstrate that than a marble poppy which will look absolutely glorious.”

The poppy will be illuminated in red and will sit on a specially-created stand just off the main procession route on the edge of the town, on Marlowe Way. 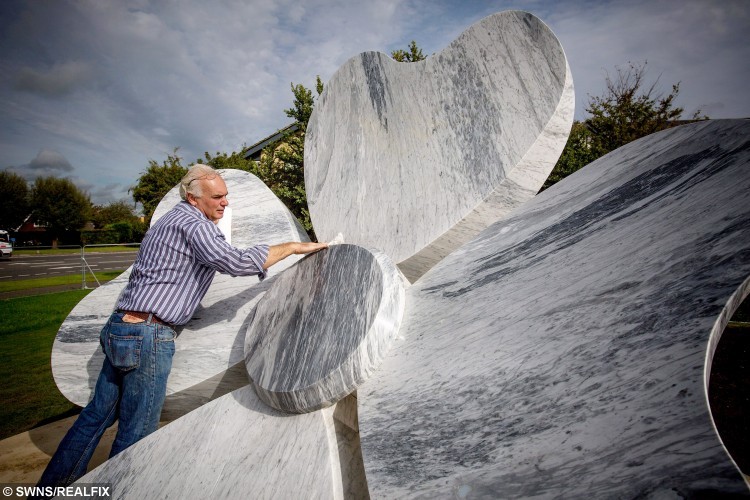