A martial arts teacher has kick-boxed his way to a Guinness World Record after he battled his way through 135 rounds to raise cash for a disabled child to have physiotherapy.

Lee Ashman, 39, had to fight through 120 rounds back to back in order to qualify as a record-breaker and was aiming to push on to 150.

He spent an exhausting NINE HOURS fighting opponents, while independent witnesses watched on.

Father-of-two Lee was moved by the challenges faced by seven-year-old martial arts enthusiast Jacob Fletcher, who suffers from cerebral palsy.

Doctors at first predicted Jacob would be unable to walk, but he had an operation in America four years ago which improved his mobility.

However, the brave little boy needed his physiotherapy to continue in order for him to make the most of his treatment.

Lee said: “Guinness stated the required 120 rounds for it to qualify as a world record.

“I was aiming for 150, which would have taken 10 hours, but my body had decided it had done enough after nine hours meaning I managed 135 rounds.”

Lee added: “I want to thank everyone involved. A massive thanks to my beautiful wife Leyla for all she did to help make the challenge possible. She is my rock.”

He was training as an instructor when he met Jacob, his twin brother Jordan, and mum Lucy at the Freestyle Martial Arts course the family attended in Wood Green School. 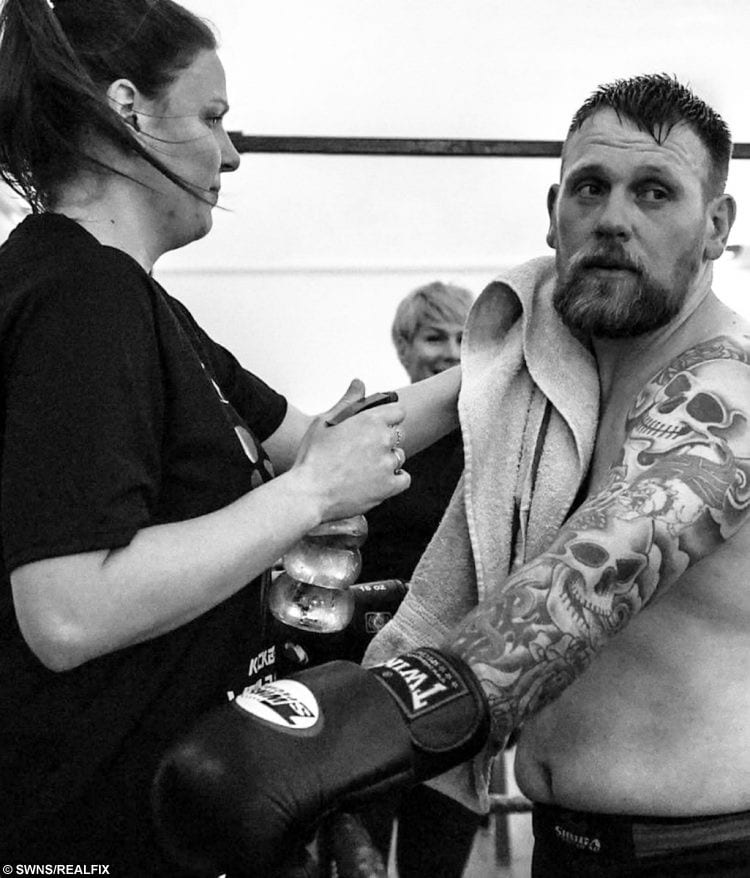 The instructor was inspired to help the family by taking on the three-minute rounds with alternating opponents throughout the day.

He previously fundraised for his son Adam, who has arthiritis, by completing 100 two-minute rounds.

Lee and his wife Leyla run a martial arts academy together in Kidlington, Oxon.