Teenager with amnesia has her memories restored by a miracle HUG

Chloe Inman aged 16 from Plymouth, Devon, with her brother Caleb aged 7. Chloe suffers from an extremely rare condition and after undergoing treatment she forgot her entire life. Her memory only came back after she recieved a big hug from her younger brother. See SWNS story SWHUG; After suffering with Idiopathic intracranial hypertension (IIH) for six years, Chloe Inman Plymouth was left with severe memory loss and forgot her whole life. She was left confused and unable to recognise those around her. But all her memories came back after she was given a single hug by her baby brother, six year old brother Caleb.

A teenager who suffered amnesia and forgot her entire life regained her memory – after a HUG from her little brother.

Chloe Inman, 16, suffered total memory loss nearly two years ago after suffering serious side effects from a lumber puncture to remove fluid from her spine.

Doctors had tried everything but devastated Chloe was still not able to recognise her family, friends or understand who she was.

But one day at home her brother Caleb, then six, walked into her room and gave her a cuddle – and miraculously her memories came flooding back.

Chloe says she had always had a special bond with her brother – but never realised how special until the life changing hug.

She said: “I had forgotten my entire life, which was absolutely devastating. I literally lost everything.

“Mum and dad would get very upset as I didn’t recognise them and it was hard for them to deal with it.

“We had tried everything. I would look at family photographs and I knew it was me in them but I just couldn’t remember anything about why I was there.

“It totally ruined me. I could not go back to school and I lost my family and friends and did not know who I was. It was dreadful.”

“My brother and sister, who were six and eight at the time, didn’t really understand.

“It sounds weird and is hard to explain but the first thing I remember was my little brother Caleb.

“Our bond is a really powerful thing and he just came in to my room and gave me a big hug.

“We have always had a close bond and a special relationship and somehow that moment just triggered everything coming back to me.

“After that hug all my family memories came back – every last one of them.”

Chloe had always suffered bad headaches but it was not until just before her 15th birthday that medical staff diagnosed her with Idiopathic intracranial hypertension.

She suffered the severe memory loss after doctors performed a lumbar puncture and found she had twice as much fluid in her spine than usual.

Chloe, who lives in Plymouth, Devon with parents Julie, 41, Daryl, 42, sister Ellie, nine and Caleb, now seven, said she was awake throughout the procedure.

She said: “It was like a switch was flicked and all my memories just disappeared.

“I did not recognise my mum or my family. It was a weird feeling in my stomach as I felt like I knew them from somewhere but I couldn’t think where.”

“I immediately thought my mum must have been important as she did not leave my side through the whole ordeal. I thought she must be my mum but I didn’t remember anything about her or anything that we had done together.

“It is a big side effect to the treatment. I have heard people forgot how to do their jobs and forgot their families.”

Chloe was sent home from hospital to try to re-jog her memories before the hug from her brother brought all her family memories back.

She said: “I was off school for two months. I did not really understand what was going on and I just kept thinking ‘I don’t remember you.’

“But with my best friend it clicked immediately just by the way we started talking to each other.

“I had to fight the memory loss and now I remember nearly everything that I couldn’t remember before and my life is slowly getting back together.

“Everything slowly came back after that. But I really struggled with school as I had to take so much time off and had to be taken out of all my lessons.”

She wants to raise awareness of her rare condition which she said has ruined her “entire school life.”

Chloe now studies performing arts at City College in Plymouth, Devon, and also volunteers at St John Ambulance. Her dream is to work as an Army medic. 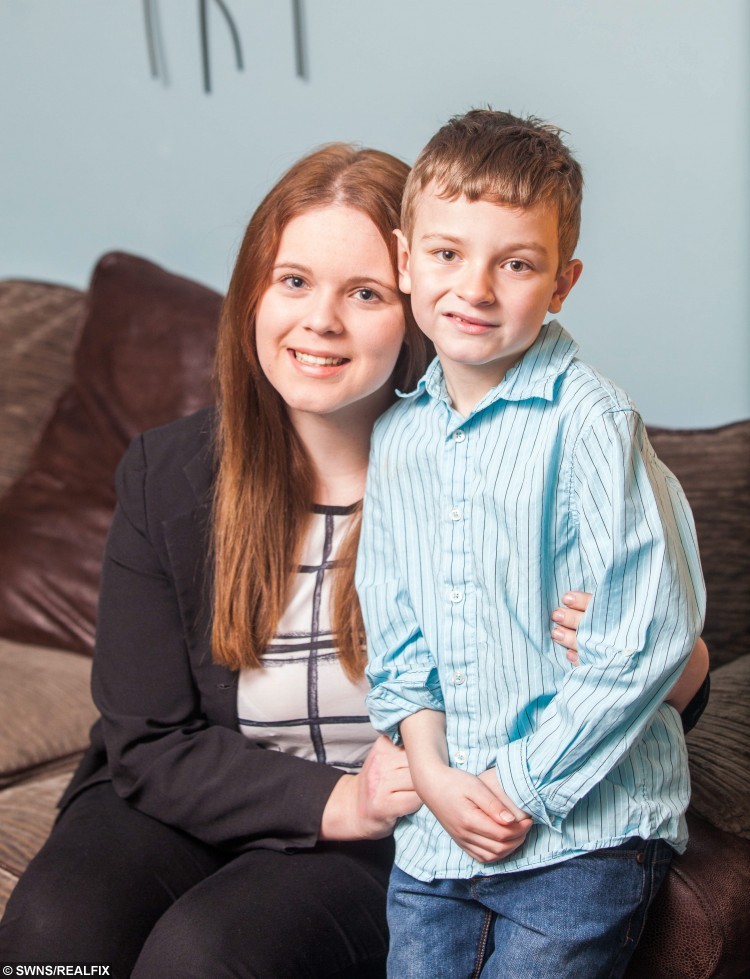 She said: “It’s quite scary looking back on it now. It did ruin my year and really my whole entire secondary school life.

“My pain was ignored for so many years. My consultant tested me for quite a lot of things and ran out of what to give me to help.”

Chloe is now on a drug called acetazolamide to help reduce the fluid in her back. Fortunately she hasn’t suffered from any headaches now for a year.

She explained: “My condition hasn’t been properly diagnosed or treated yet because they don’t really know what causes it.

“But they know that if it comes back to perform a lumbar puncture as a quick solution so this could all happen again. I am worried that I could lose all memory again.

“My condition is so powerful that it can kill people, either by it not being treated and too much pressure on the brain or people get fed up of being told it’s just a headache that they lose faith and end up committing suicide. No-one really understands how painful it is.”

Check out another HUG that was literally life saving

Struggling to diet? Get inspired by 92-year-old great-gran who has lost SEVEN STONE!

Struggling to diet? Get inspired by 92-year-old great-gran who has lost SEVEN STONE!