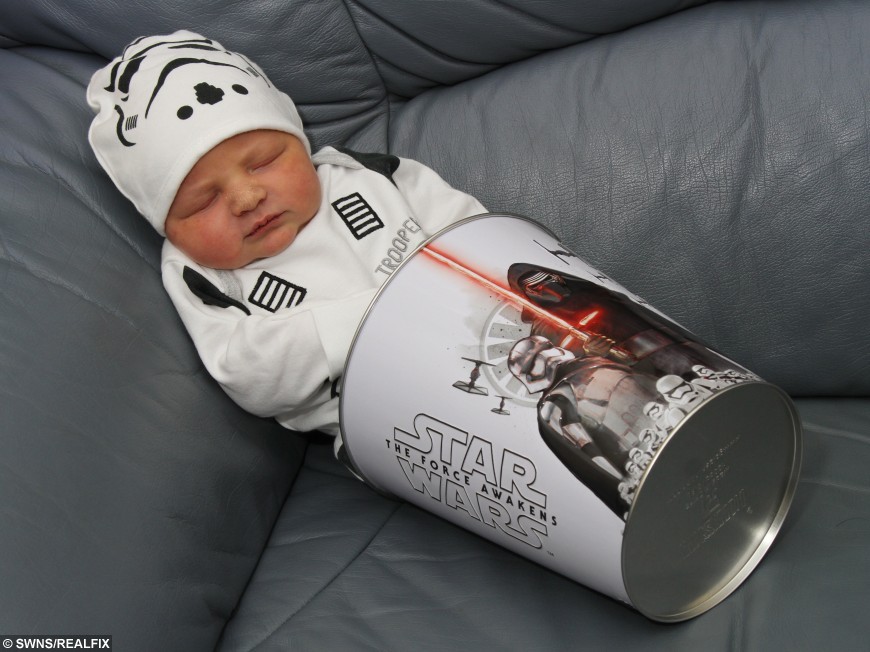 A Star Wars fan fled a midnight showing of The Force Awakens to arrive at hospital just in time to say: “I am your father” to his newborn baby.

Callum Page, 23, was forced to miss the latest film in the much-hyped saga as girlfriend Kirsty Harrison went into labour.

He was unable to talk Kirsty into calling their little girl Leia but instead kitted his daughter, named Thea, with a Stormtrooper baby grow for her to return home in. 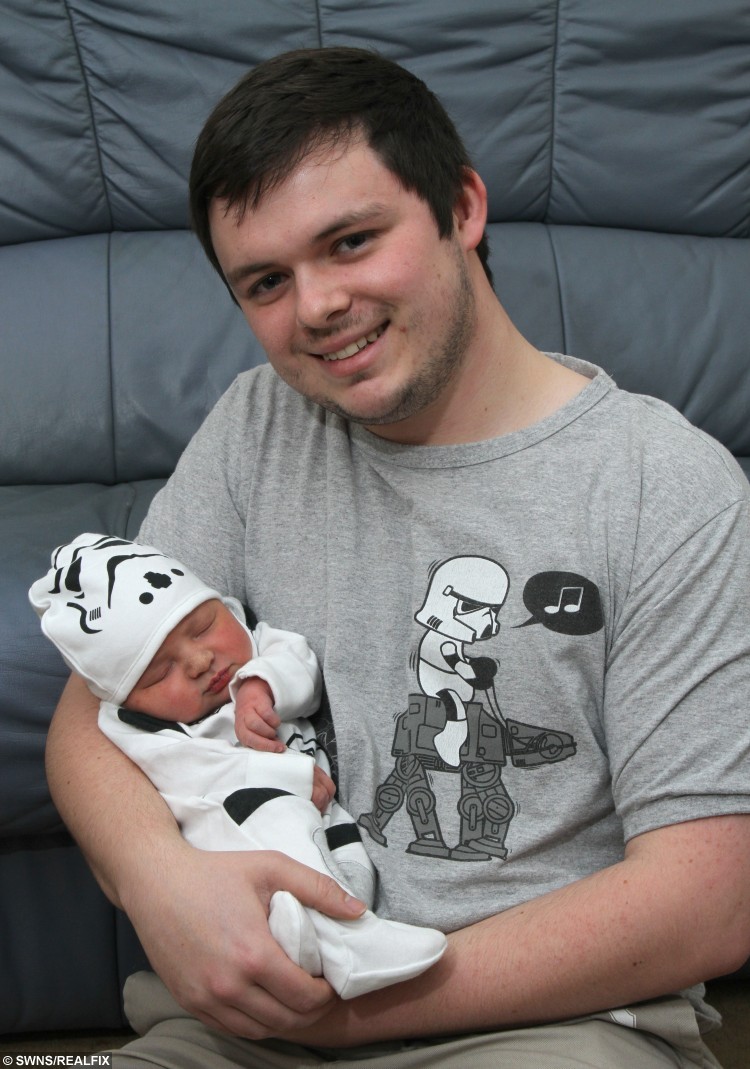 Callum, from Blackpool, Lancs., said: “I was at the cinema, with my Star Wars popcorn and drink, all ready for the start and Kirsty texted me and I had to rush to the hospital.

“I had my Star Wars T-shirt on, I wasn’t in anything like a Darth Vader costume, which could have been funny, getting to the hospital and saying ‘I am your father’.

“I pre-ordered the tickets when they went on sale on October 20, and I’d paid for all of us, so I was hoping this wouldn’t happen and we’ve been joking about it since.”

The couple’s daughter was due on December 14, but when she failed to make any sign of appearance and her parents began to worry, they went to Blackpool’s Victoria Hospital two days later in the hope of Kirsty, 23, being induced. 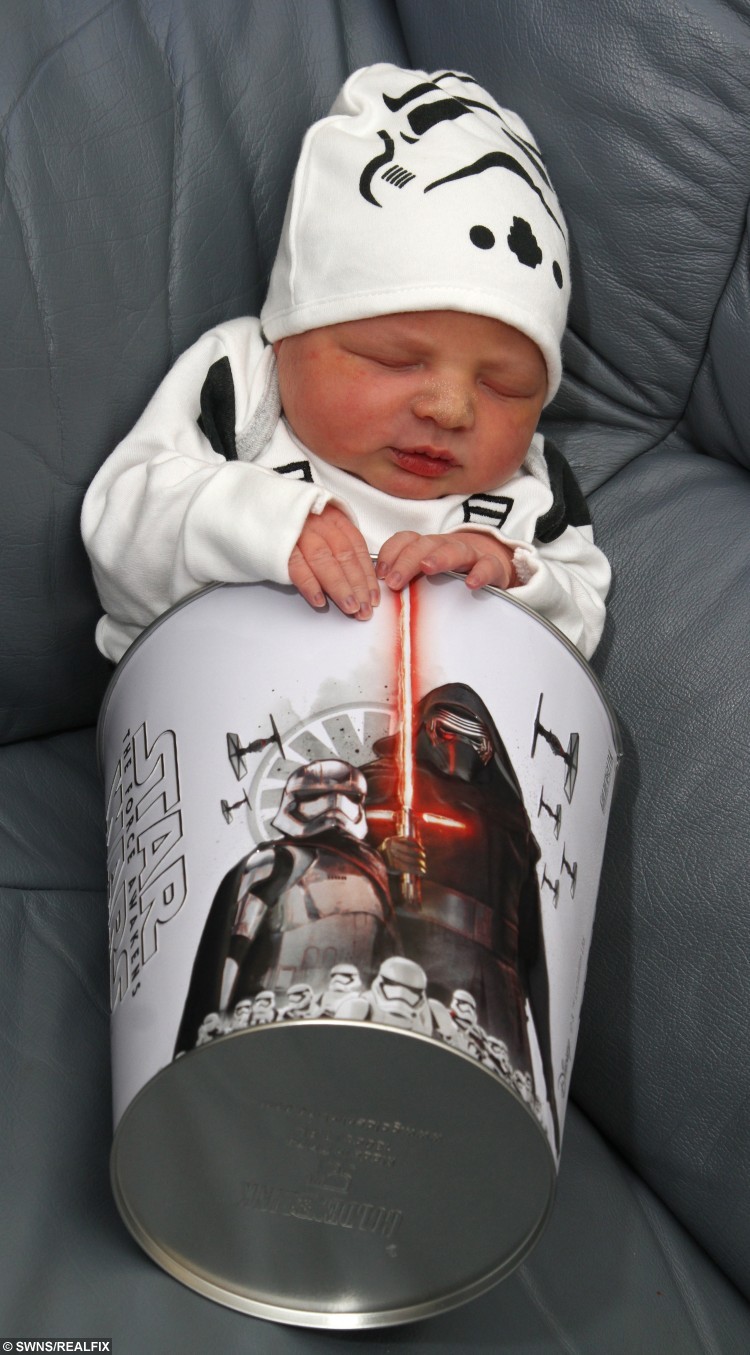 After waiting all day for a bed on the delivery suite, Callum was sent home – leaving him free to get to the cinema for the midnight showing of Star Wars: The Force Awakens.

But before the opening credits had finished, Callum was forced to run to Kirsty’s bedside to see their baby girl enter the world at 4.30am on Thursday.

He said: “My mate who was sat next to me couldn’t believe it and he sent me off saying ‘good luck’ as I ran out.

“We had been pretty set on Thea as a first name, but she said we couldn’t have Thea-Leia, which was disappointing.” 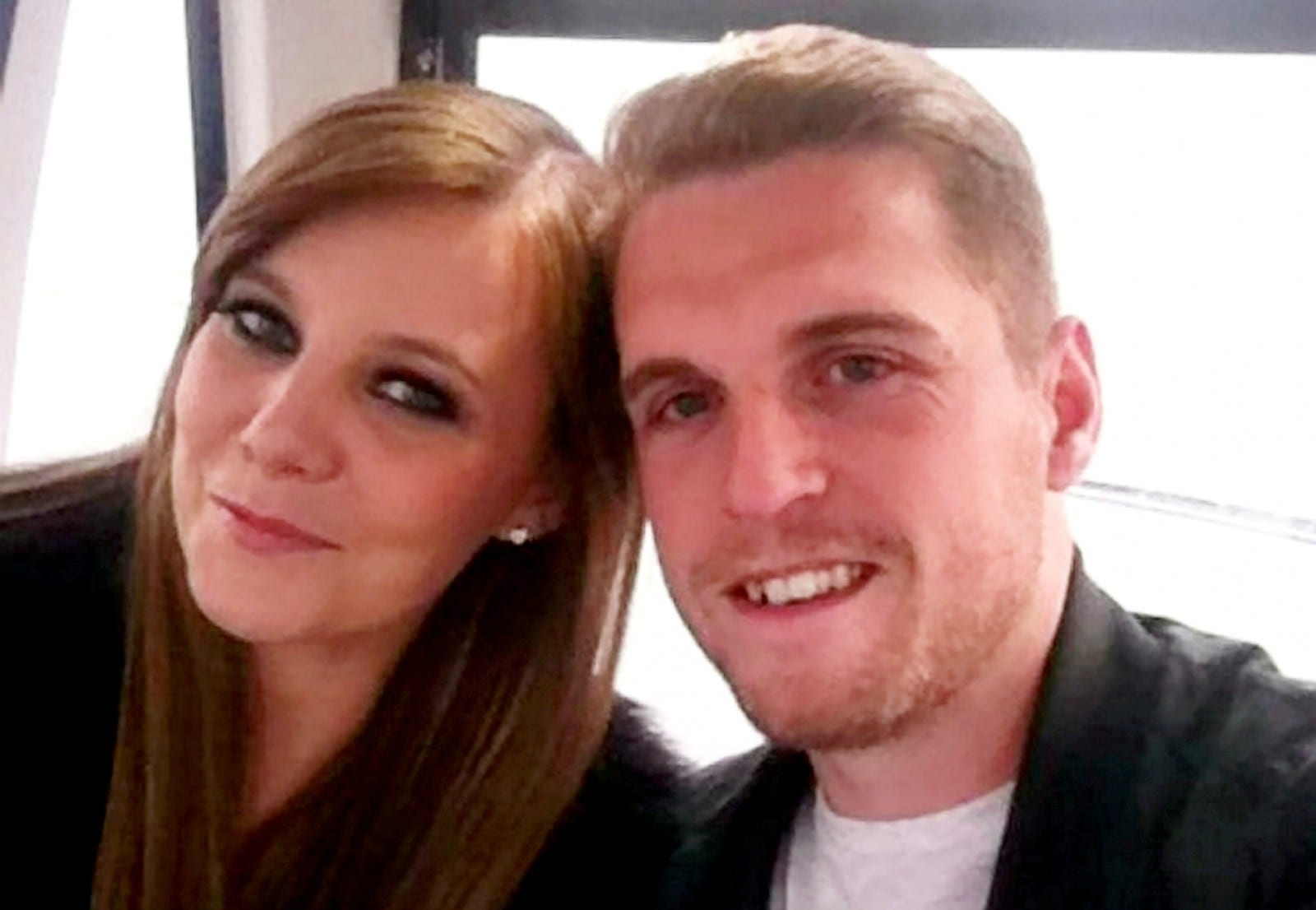