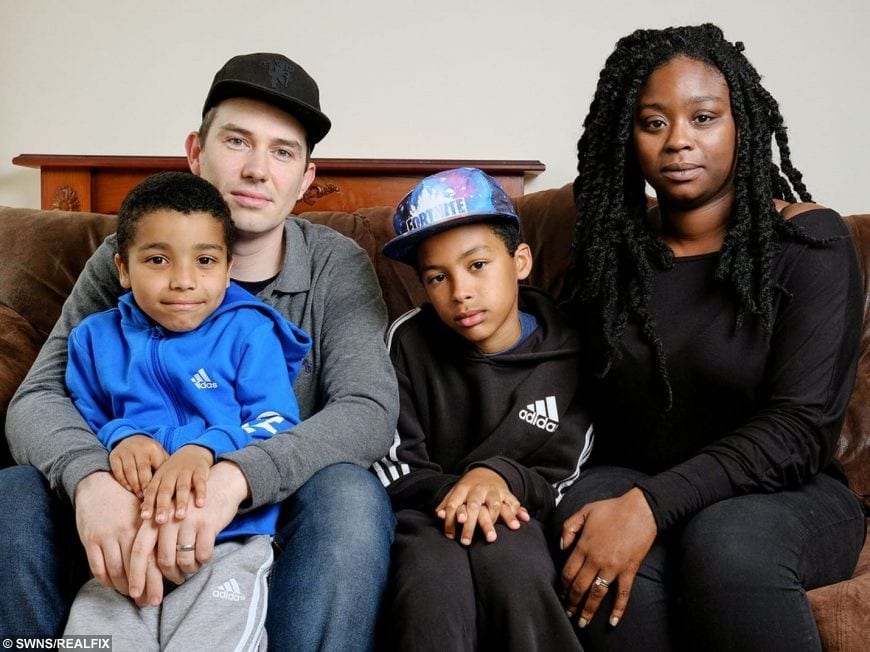 A brave 11-year-old boy has described the racist abuse he receives at primary school – where he is regularly called the ‘n-word’ and a ‘slave’.

Ashley Davies is of mixed race ethnicity and says he has routinely been the subject of hateful comments from other children in his last year of primary education.

He says he is often racially abused with names such as “black idiot”, “slave” and the n-word.

He joined the school in September after the family moved back to Cornwall from Liverpool, to enjoy a life beside the sea.

He said: “It makes me feel kind of sad because I am just trying to make friends. I’ve had loads of comments from people who don’t want me there.”

He added: “When I wake up in the morning, it’s like a burden. But it shouldn’t be a chore really, it should just be going to school but every morning before going to school I feel nervous about what’s going to happen there.”

His parents Martin and Natalie Davies say they are at their wits end and confess they don’t know how to make the abuse stop.

They have been in to see the head teacher numerous times and said they were angry at being told Ashley should think about how he reacts to the abuse.

Natalie said: “Since the day he started there, he’s had comment after comment. The school have said they talk to the other children but it keep happening again and again.

“Ashley is very placid and he’s never been in trouble. But not matter how hard he tries, he’s been abused and targeted. It’s not a very nice thing – he’s 11 years old.

“I am not saying all these kids are horrible racists but this is moulding my son now for how he is going to see the world. At the moment, he seems like nobody cares and everyone is going to see him as different.

“I think the school are trying but they don’t know what to do.”

Natalie herself, whose grandparents are originally from Jamaica, said she had been the subject of open racial abuse in the street while living in Cornwall.

“It’s constant,” she said. “I’ve been spat at in the street and I also get comments like: ‘You guys are alright because you work hard’.”

“I work as a carer and I was walking past a pub in Hayle a few weeks ago at about 9pm. I was going to care for someone’s grandmother and a group of men outside the pub shouted: ‘Look at the n***** nurse!”

They said Ashley has been deeply upset by the comments at school and his dad Martin added: “It’s just so unfair on him. The school doesn’t seem to do anything. It’s just not acceptable.”

The headteacher at the school in could not comment on matters involving individual pupils.