A young entrepreneur has used the popularity of ‘fidget spinners’ to start up his own business – at the age of EIGHT.

Joshua Males set up his own website and has produced promotional videos to sell his stock of the newest craze.

His father Steve Males, 38, is proud of his son’s new entrepreneurial idea.

He said: “It all started because Joshua came home from school and said that he wanted one.

“We talked about the idea of buying some stock from China and he was well up for it.

“I have always been trying to get him in the mindset of earning his own money rather than asking.

“Josh decided to order the stock from China and despite a bit of a time delay it arrived on Friday.”

Fidget Spinners were originally created as a way for young people to manage anxiety and ADHD.

The spinners have become the newest product to own in schools and their popularity has soared in the last month.

Steve said that Josh, who lives with parents Steve and Donna and sister Georgie, 4, in Huddersfield, West Yorks., wanted to make a website and flyers to promote his business and sell the stock that he had shipped over. 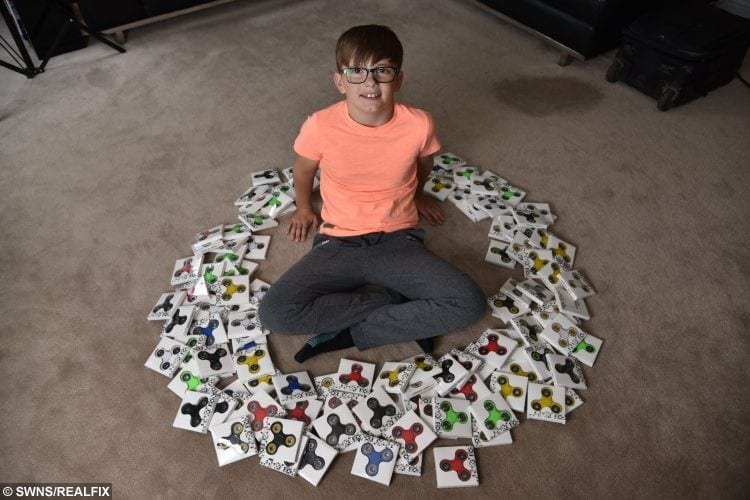 He added: “We started work on the website over the weekend and Josh made his flyers.

“Josh took the spinners into school for the first time on Monday and has sold 16 already.”

Steve, an IT expert who set up his own company last year, said that his son has followed those that he looks up to on Youtube and knows exactly how to promote his products.

He said: “He had a Youtube channel already where he would post gaming videos and with friends but he is now using it to promote his products.

“He has seen other Youtubers make money through their channels and watches them for inspiration, he hopes he can do the same!

“He has found out which are the most popular colours and he can then stock up on those next time. He has been really engaged throughout.”

Josh was eager to follow the new craze as quickly as he could and was keen to get set up as soon as possible.

His father said: “When we first had the idea, not many people at the school had them.

“Unfortunately due to the time delay more people had got a spinner but they have still been really popular.

“People want loads of different colours that Josh has.

“We have sold some through the website but we have also had people knock at the door to ask to buy them!

“Josh will answer the door with his little money box and is really engaged with it, he is so excited.

“His friends will go up and ask him ‘can I have another please?'” 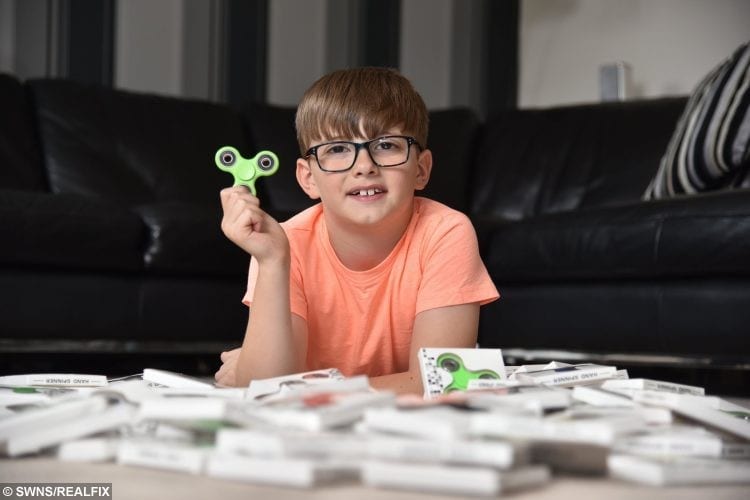 Josh’s father believes that entrepreneurial style classes should be part of the education system and would benefit youngsters.

He said: “Joshua went to an entrepreneurial class after school in infant school but this isn’t part of the school curriculum where he studies.

“I think it is a gap in the school system and that children should be encouraged to follow these ideas.”

Steve says that he hopes that this is just the start of his son’s venture.

He said: “I hope he spends some of the money on himself and treats himself but I also hope he reinvests it and carries on.

“Josh has many new ideas and he is really excited about it all.”