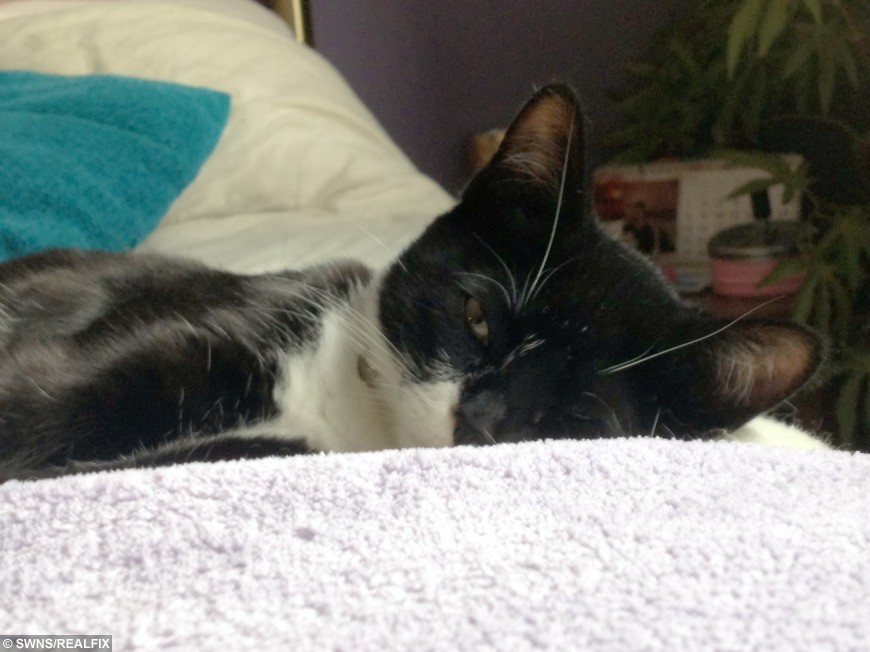 A teacher saved the life of her pet kitten by giving it CPR – which she learned by watching HOLBY CITY.

Kim Tucker, 45, and daughter Abbey, 20, found 14-week-old kitten Squishy had strangled herself on a clothes airier.

The mum from Crystal Palace, south London, jumped out of bed and instantly started to revive the tiny black and white kitten that had gone limp and stopped breathing. 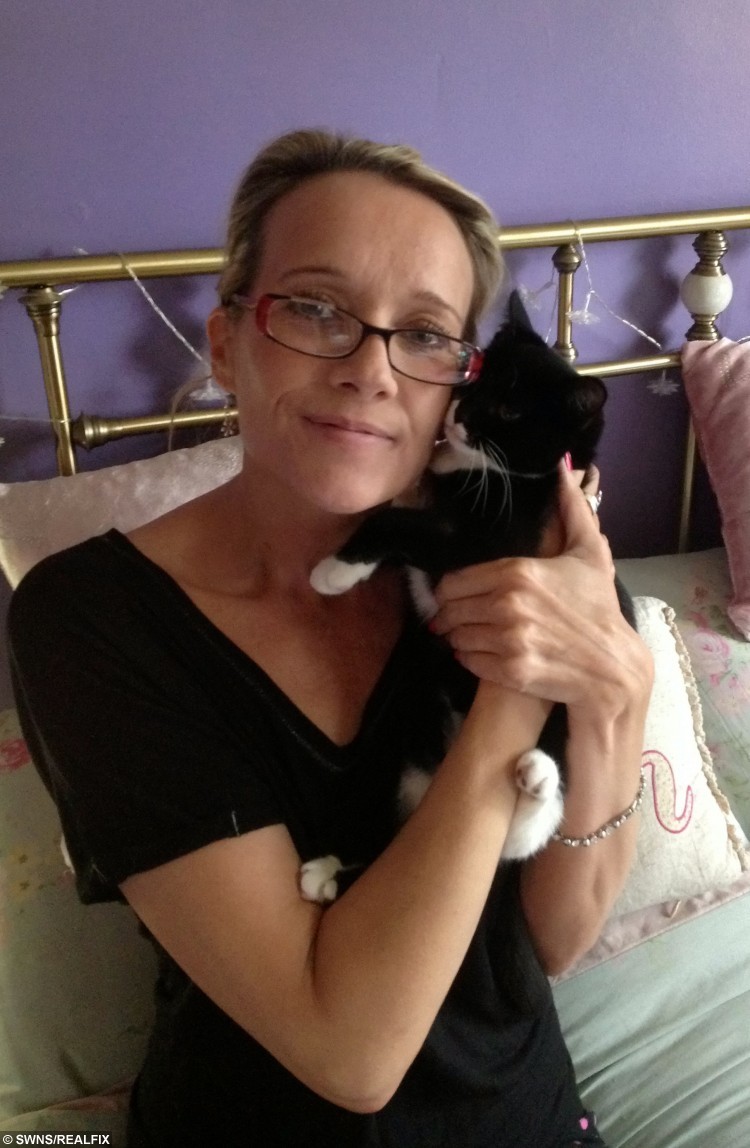 Kim, a self-professed telly addict, said: “I’ve never done any first aid training in my life but I watch a lot of Casualty and Holby City.

“Instinct just took over and I yanked her little mouth open and started blowing air into it, because that’s what they do on the show.

“Then I started rubbing her heart to try and get it going and after what seemed like an eternity but was probably only 15 seconds, she seemed to start responding.” 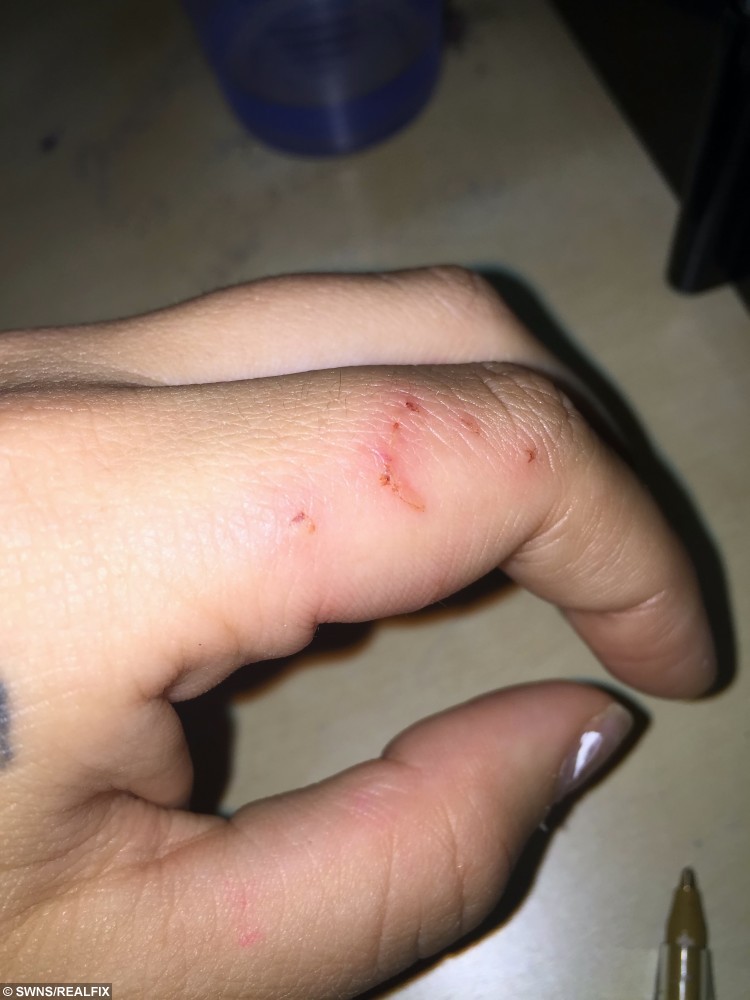 Abbey’s hand injured as she tried to free the kitten

Squishy, who is one of four cats in the house that Kim shares with Abbey and her niece Paige Toomey, 21.

The little black and white kitten got so distressed she clawed Abbey’s hand so much she started bleeding.

Kim said: “Before Abbey called me she was trying to free Squishy who was freaking out and if you’ve ever seen a cat freak out, you know it’s quite painful.”

She added that the three have no idea how the cat managed to get itself stuck.

She said: “I think there’s a knot in the side of the metal airier which gets things caught on it.

“She spends a lot of time under the airer and there was a vest top that has spaghetti sleeves which caught itself on the knot.” 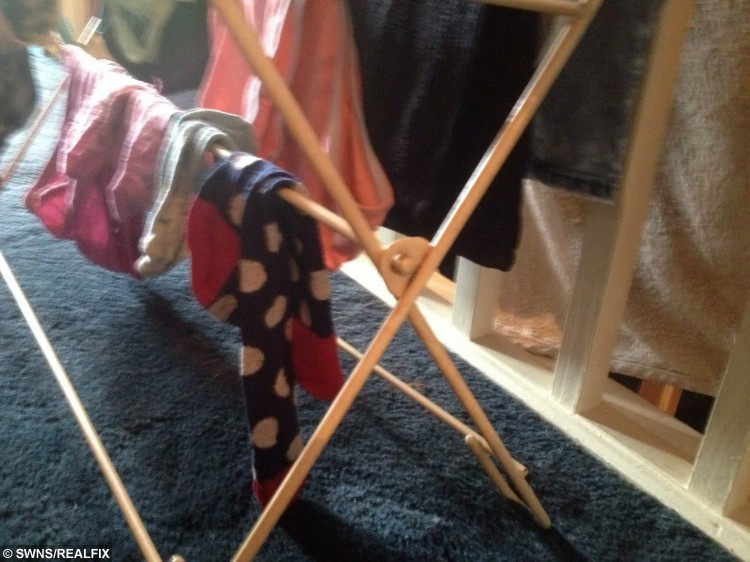 The clothes dryer that kiten Squishy got caught on

“Squishy got her collar caught in it and panicked so kept running around and around until she’d completed strangled herself.

“After it happened the three of us all sat in complete shock and couldn’t get back to sleep.”

“Luckily because I’m a teacher and it was the summer holidays I didn’t have to go to work.”

Kim rang the vet the next day who said Squishy should be alright but if shows any signs of abnormal behaviour, bring her into a surgery.

She said: “I’ve been by her side for the last few days and she’s been fine.

“I am a complete telly addict. I love all my soaps and dramas. I never thought they’d come in handy like this. 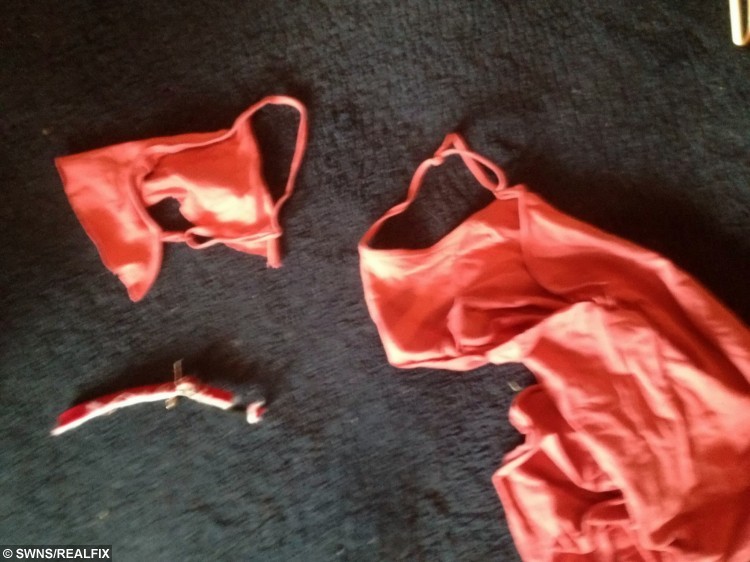 « Previous post Terrifying toy! The birthday present that left 11-year-old in tears
Next article » Pupil banned from going on school trip because he has Down's Syndrome