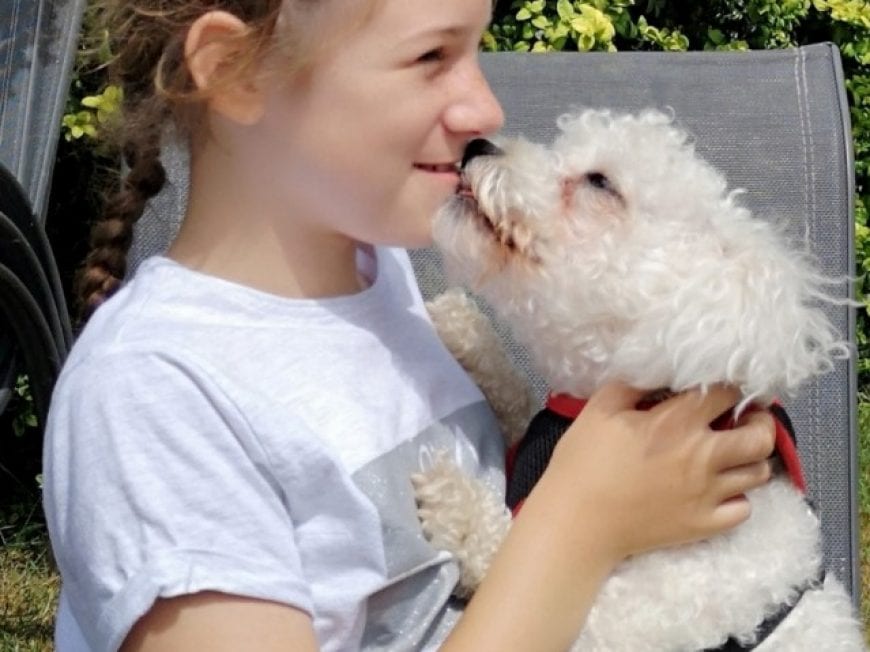 A girl with epilepsy has forged a life-saving bond with her “best friend” — a pet dog who can predict the onset of a seizure.

Millie Webb, 11, has refractory epilepsy and can suffer more than 100 seizures a day.

She has a ‘unique’ form of the condition as medication doesn’t seem to help control the seizures which can be triggered by her own laughter.

If she is left alone, a fit could be fatal, as a seizure could result in a serious brain injury or cause her to choke on her own saliva. 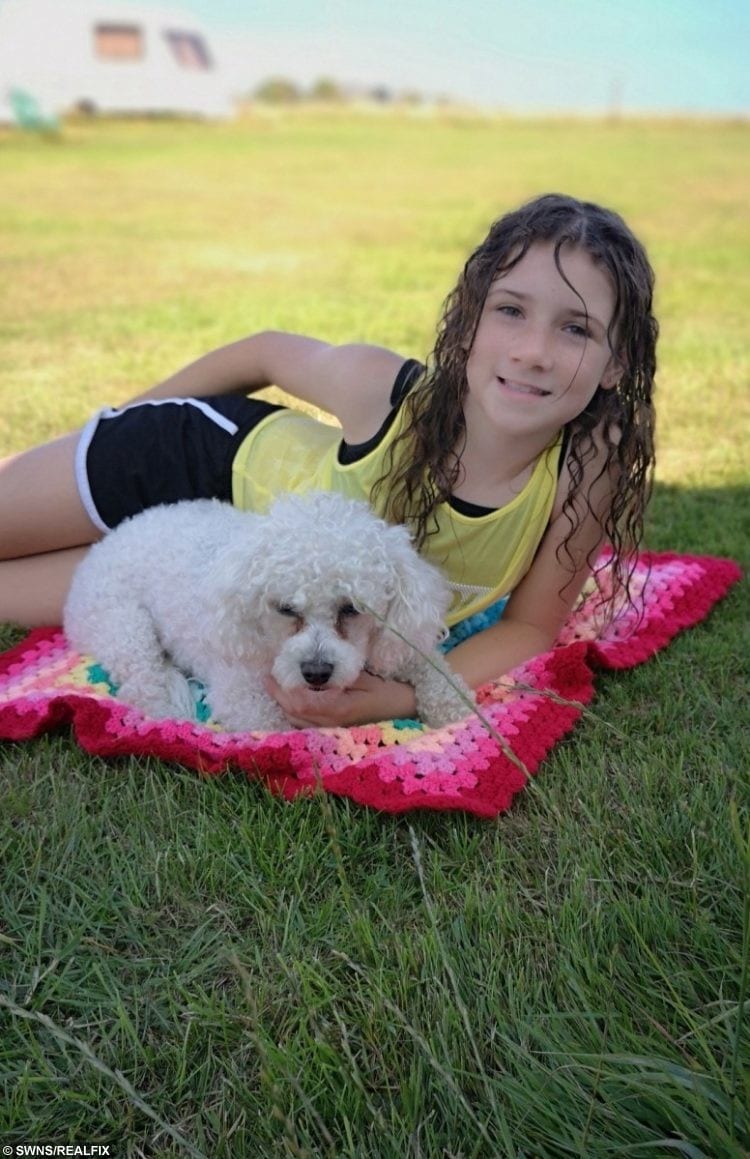 Playing with friends, attending birthday parties and even splashing about in the family paddling pool have all triggered fits in the past.

She has now forged a bond with pet dog Elmo who it’s claimed is able to predict the onset of a fit before it happens.

The three-year-old Bichon Frise is now learning how to be a potentially life-saving companion for Millie through the Good Citizen dog training scheme.

She is in training to register as a service dog and once it’s completed Elmo will be able to attend school with his best friend.

Elmo already licks saliva off Millie’s face, barks to alert her parents when she is having a seizure and will be eventually taught to fetch medicine. 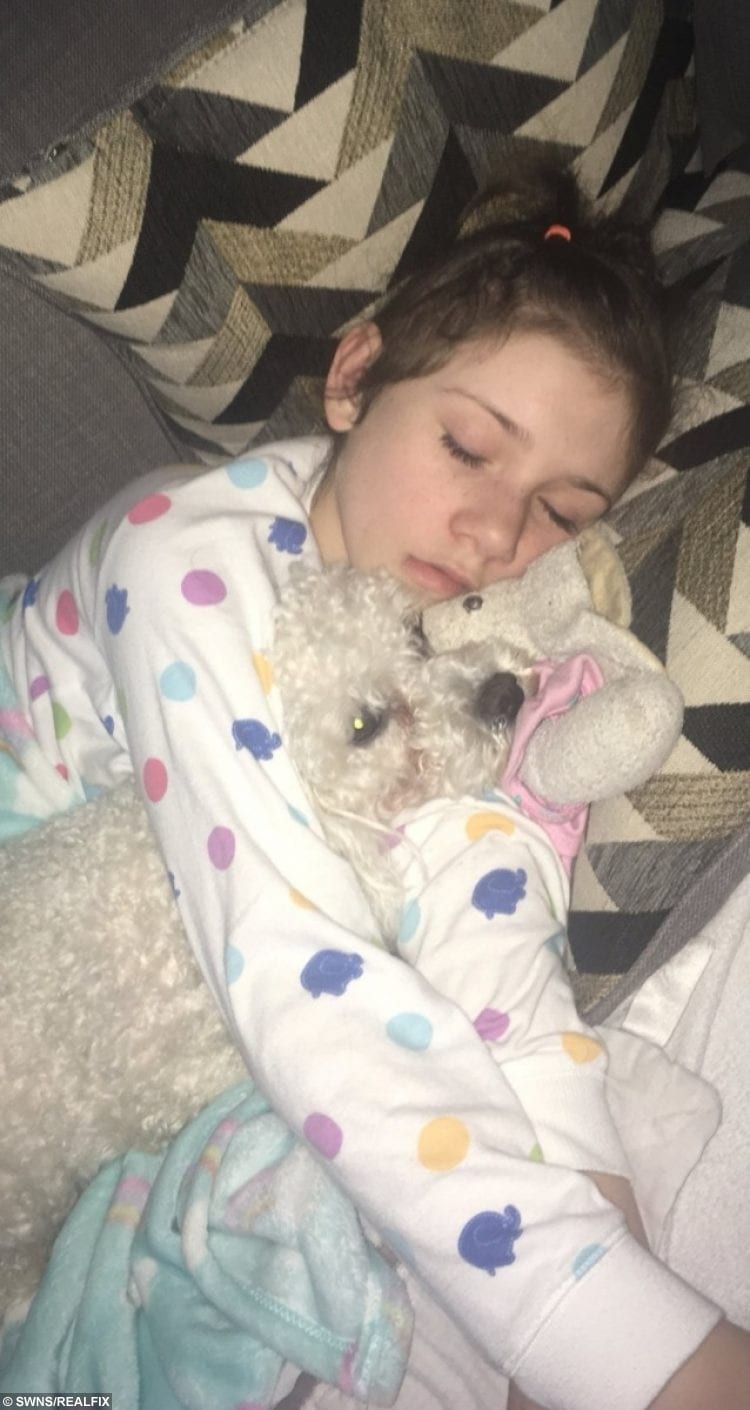 The pet dog once ran to the rescue Millie, from Warrington, Cheshire., when she suffered an attack in a swimming pool and dragged her out.

Elmo currently has a service dog vest which allows her to accompany Millie into shops and restaurants in case she has a seizure.

Stuart Webb, Millie’s dad, has told how Elmo amazingly started to pick up on Millie’s seizures in 2016 without any training.

He said: “Since they were young, they were both inseparable – like best friends. Elmo always follows Millie around and sits and cries when she goes out.

“Elmo is overprotective but the issue is she is Millie’s pet until she completes training she won’t be able to go to school with her.

“Elmo picks up on it just prior to a seizure she becomes disturbed, clingy and will stay with her until she comes round.

“At first we didn’t realise what was happening but a dog trainer pointed out that Elmo was actually helping Millie. Our other dog Cookie – Elmo’s mom – would walk away but Elmo didn’t.

“When she is having a seizure, she produces a large amount of saliva and the dog will lick and clean her face.

“Part of Elmo’s training is to notify us of Millie’s seizures by finding us and barking, she’ll eventually be taught to fetch the medicine to help Millie afterwards.

“Elmo is a source of security for her.” 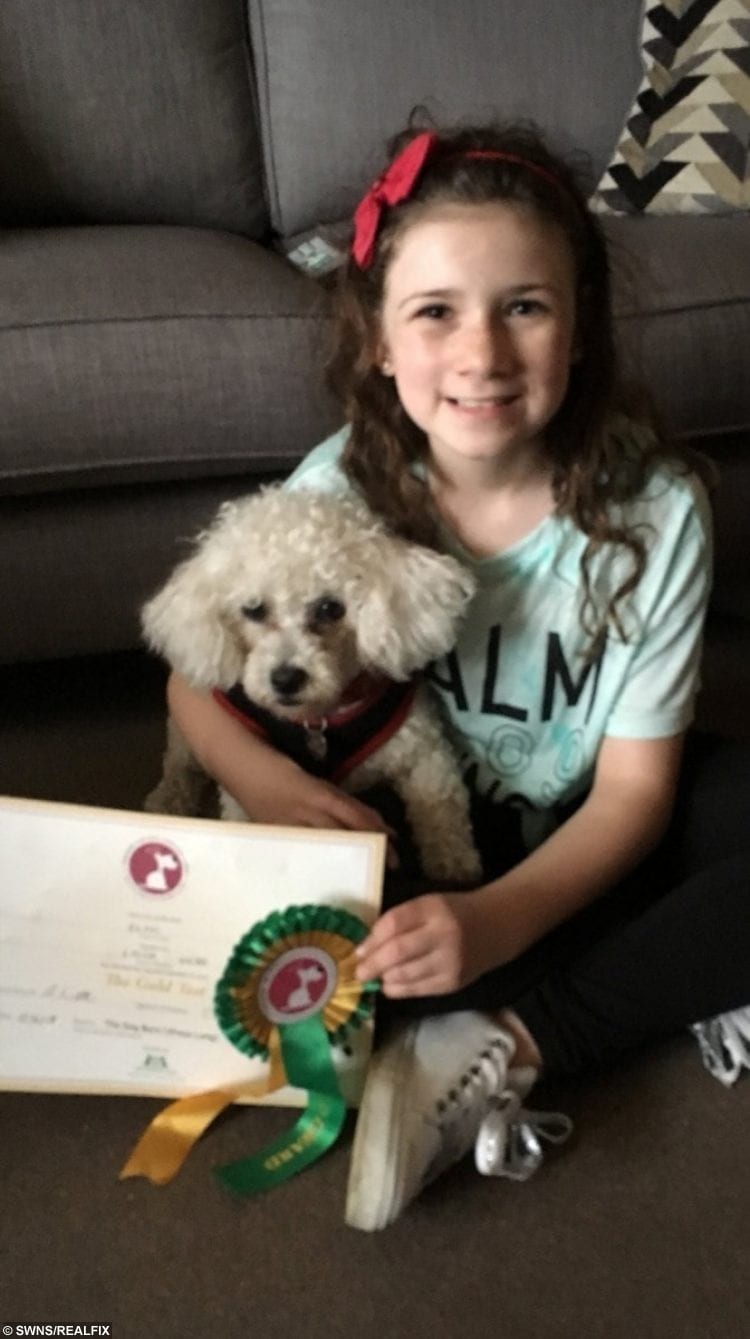 Millie underwent major brain surgery in December 2017 to try to stop her condition, 15 to 20 per cent of her brain was removed to help reduce the seizures.

The surgery was unsuccessful but it helped to improve Millie’s memory and concentration, she was able to transfer to a normal high school from a special needs school.

Tests done by doctors on Millie, who was diagnosed with epilepsy when she was four, indicate there are no abnormalities which cause her seizures, she can be triggered at any time.

Stuart said: “When Millie went through surgery, she stopped getting seizures for roughly 29 days then they gradually came back.

“She can have up to 160 a day now but they are smaller ones, the seizures leave her tired and stressed which can end up like a vicious cycle.

“It took her a few months to recover and she suffered for a bit afterwards, she’s been able to enjoy the past two Christmases but there’s always a risk of a seizure.”

There have been no formal identifications of what causes her seizures and several tests have been unable to be any help. 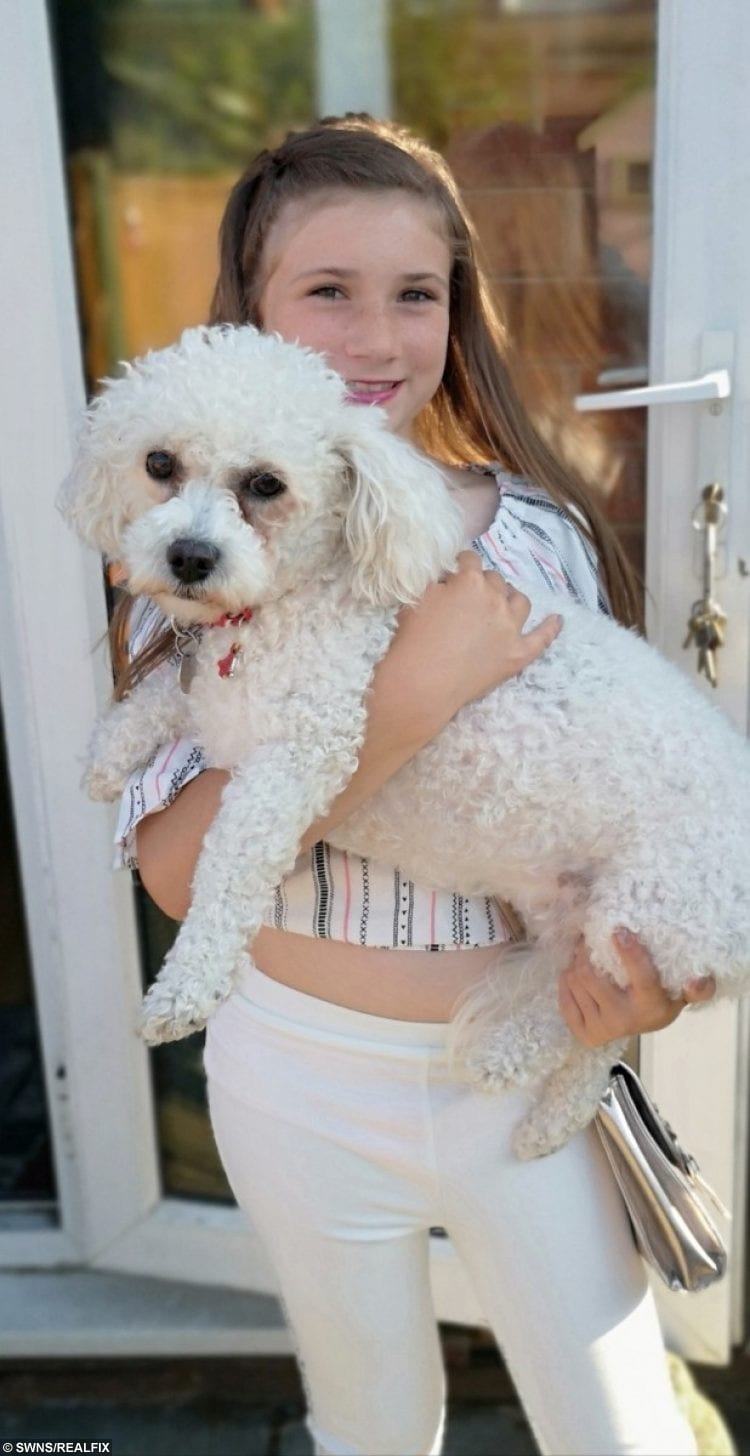 They are hoping new treatments and medicines may become available.

Mum, Linda, explained: “She is under two hospitals, Warrington and Alder Hey.

“They have been so good and so supportive but they are stuck now and don’t know what to do.”

While the family wait, Elmo is continuing her training and has even captured the hearts of the nation by appearing on ITV’s Britain’s Top 100 Dogs which aired in January.