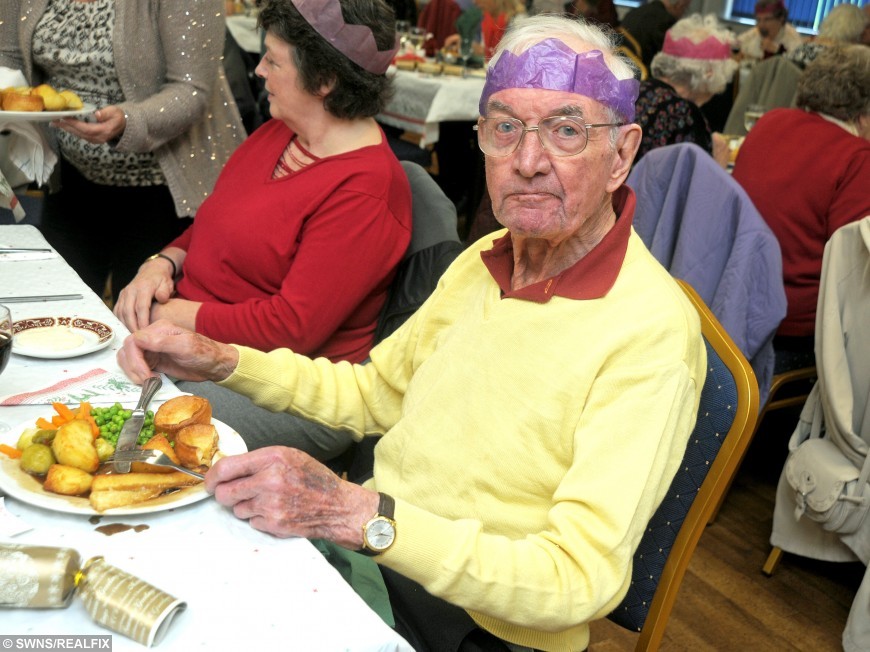 A kind-hearted pensioner treated FIFTY strangers to a Christmas dinner to ensure they were not alone over the festive period – and footed the £2K BILL.

Retired solicitor Peter Campbell, 87, paid for the festive feast for people in his local community who would otherwise be spending Xmas by themselves.

Generous Peter booked out his local rugby club in Camborne, Cornwall, and laid on a platter of turkey and wine, and he footed the £2,000 bill.

Peter now he intends to make the meal an annual tradition, and he said he will continue to do the event “as long as I’ve got air in my lungs”. 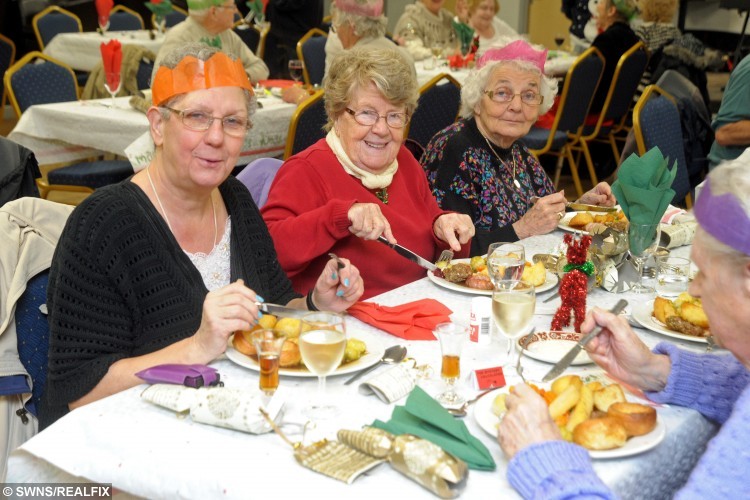 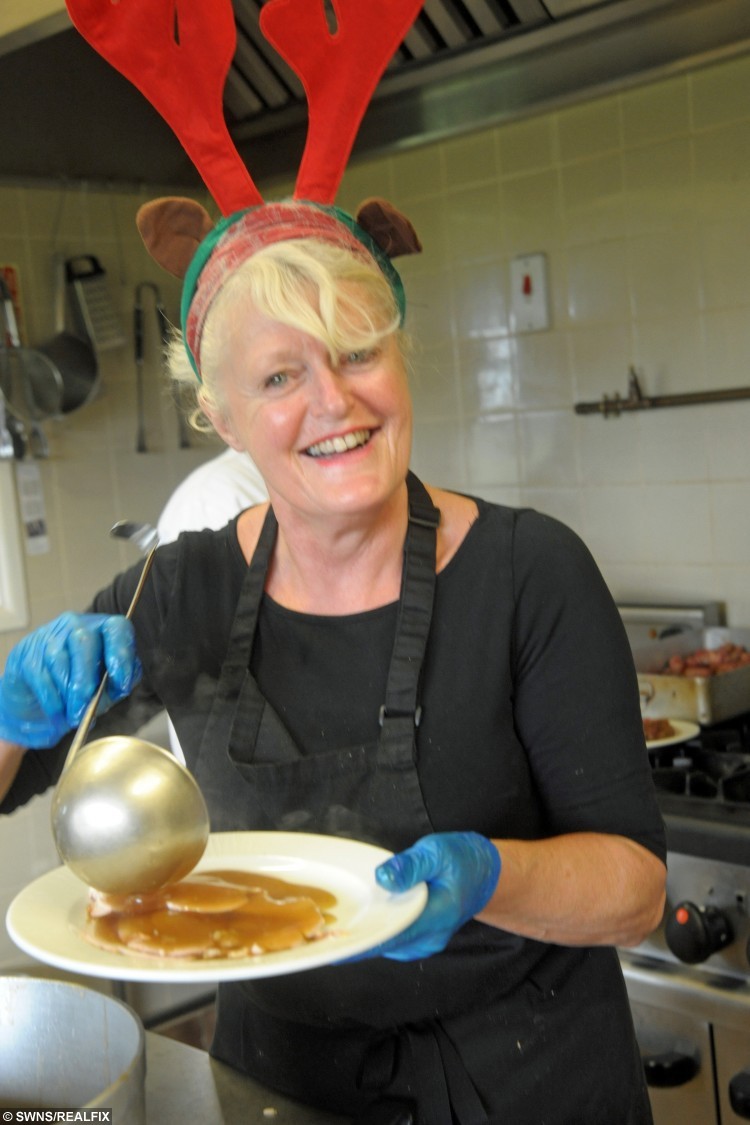 On the day guests were greeted at Camborne Rugby Club with crackers and Christmas hats, before taking their seats at one of the many tables.

After the food was served, a full traditional Christmas dinner, the guests were then entertained by a former cruise ship singer, John James, and a visit from Father Christmas who handed out chocolates.

In total the day cost Peter around £2,000, but he insists that the day would not have been possible without the goodwill from the local community.

Local businesses clubbed together to donate meat, cream and custard for the event, and a staff of 15 people volunteered their time free of charge to cook and serve the food.

Peter also received help from Reg Bennet from the rugby club, and the club manager Trevor Harris who provided the venue free of charge.

Peter said: “It all came together very well.”

“Everybody is saying thank you to me but thanks must also go to everyone at Camborne Rugby Club who donated the venue free of charge and all the local businesses that have chipped in and supported the event.

“It started as a small idea but hopefully will now become an annual event.

“As long as I’ve got breath in my lungs I’ll be doing the same again next year.” 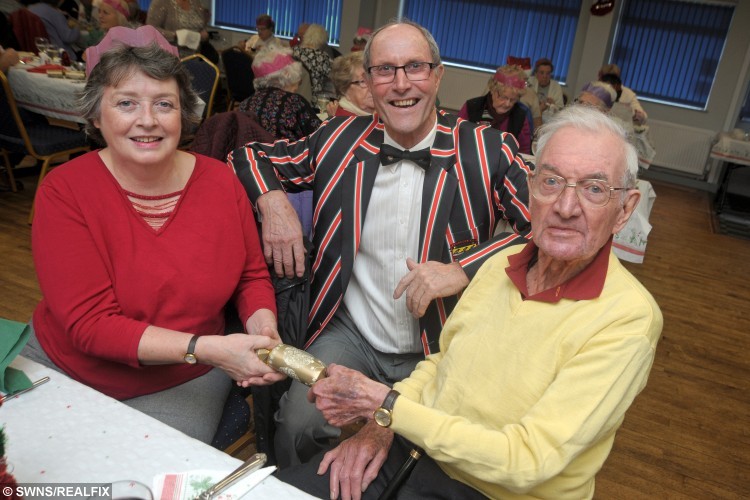 Reg Bennet said: “The idea turned into a community project and the majority of people here don’t have much family to celebrate Christmas with.

“It’s gone very well and hopefully we can build on it again next year.”

Trevor Harris said: “We’ve received fantastic support and a special mention must go to the 15 to 20 helpers who donated their time.

“Steve and Wendy Marks, from Scrummages, have done an absolutely fantastic job in the kitchen.

“It really goes to show the strong community link Camborne rugby Club has with the town.”

Peter was inspired to host the community function after reading about a similar event last year, help by 87-year-old Betty Williams in Ottery St Mary. 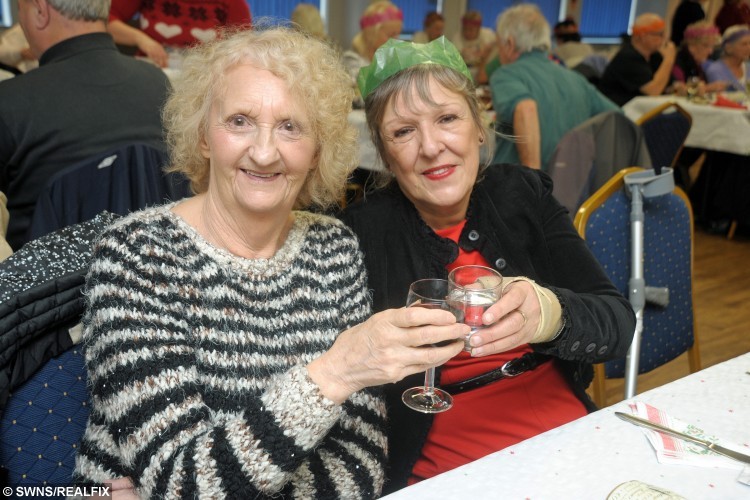 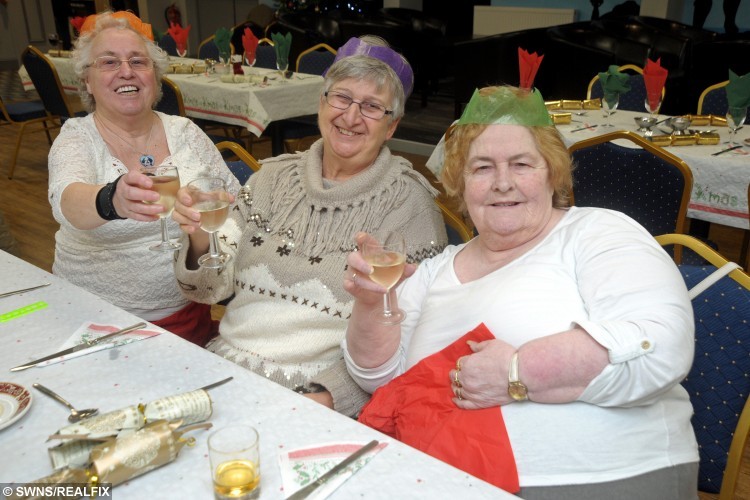 Betty, a widow who has spent the last few Christmas periods alone decided to bring lonely people in her community together.

She hired out her local pub, the Lamb and Flag, and laid on a slap up meal for all 50 guests, including turkey and two bottles of wine per table.

In total Betty spent #1,000 on the event, but her generosity inspired the world and she received letters of thanks, and cash donations, from all over the world.

She received so much money in fact, that she had enough to do the event again this year – and has booked out the venue again for the second year in a row.

« Previous post Teacher loses her husband, home and job after being duped by student FAKING cancer
Next article » The little boy who hopes his unborn baby sister will save his life