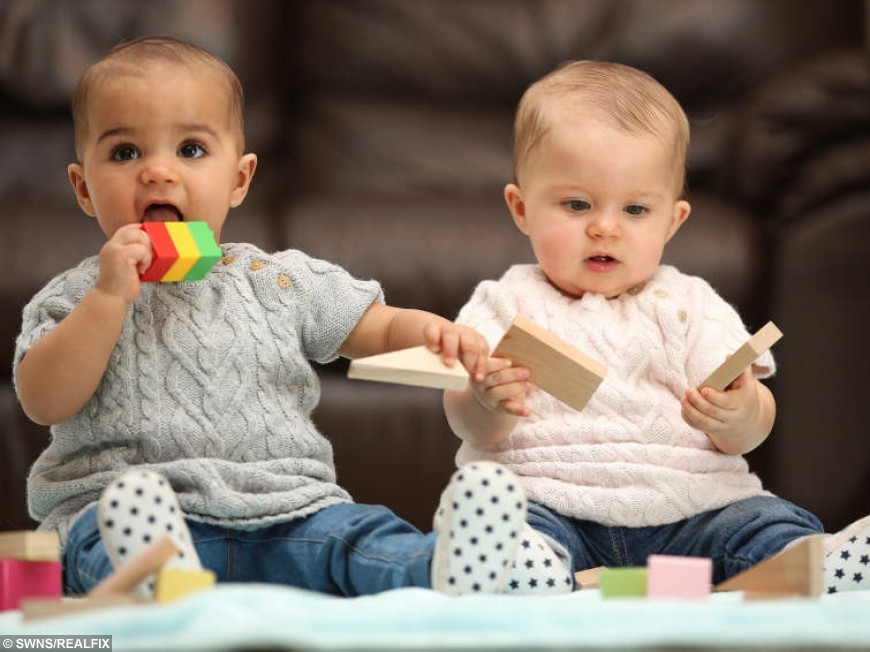 Hannah Yarker 20, and her partner Kyle Armstrong, 24, have one white twin and one black twin.

Hannah now spends most of her time out and about explaining to inquisitive people that ‘yes’, the 10-month-old girls are hers and ‘yes’ – they are twins. 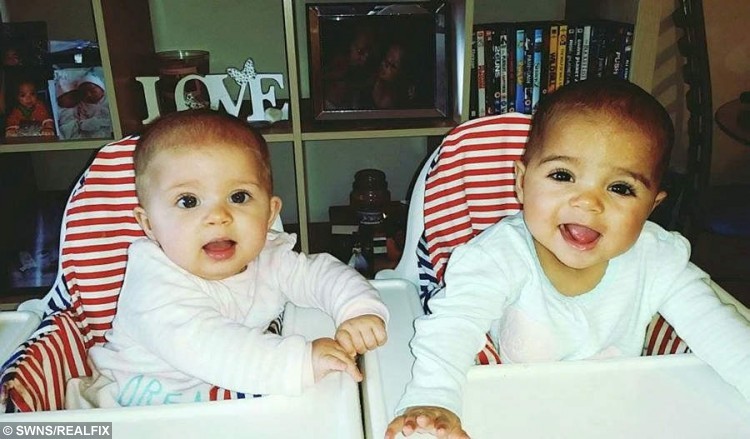 Receptionist Hannah said: “Kyle is mixed-race and I’m white, so from the word go, our friends joked: ‘What would you do if one came out dark and the other was fair?’

“Laughing it off, I replied ‘I don’t think it’s very likely! Now our girls turn heads wherever they go – and it is not just because they are so cute.

“I can’t walk down the aisle at the supermarket without getting stopped. People always comment: ‘Are they both yours?’, ‘are they sisters’, ‘are they related?'” 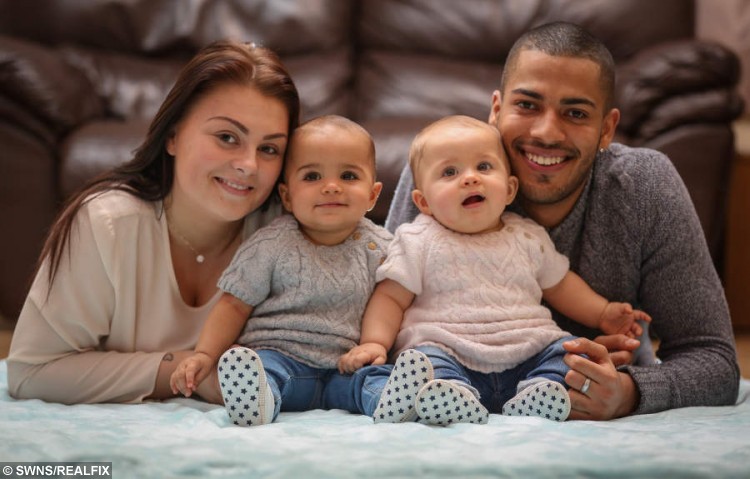 Hannah, from Sale, Greater Manchester, added: “And as well as looking different Anaya and Myla are already developing their own personalities.

“Myla is always on the move she’s already crawling, although backwards, while Anaya’s more laid back.

“We can’t believe they’re twins – they’ve got the same birthday and the same mum and dad but they’re just complete opposites in every way.”

The non-identical twins were born in April last year, with Anaya weighing 5lbs 9oz and Myla tipping the scales at 6lbs 5oz.

It took a while for Hannah to notice the twins were different, and now – aged 10 months – their different skin tones are even more pronounced. 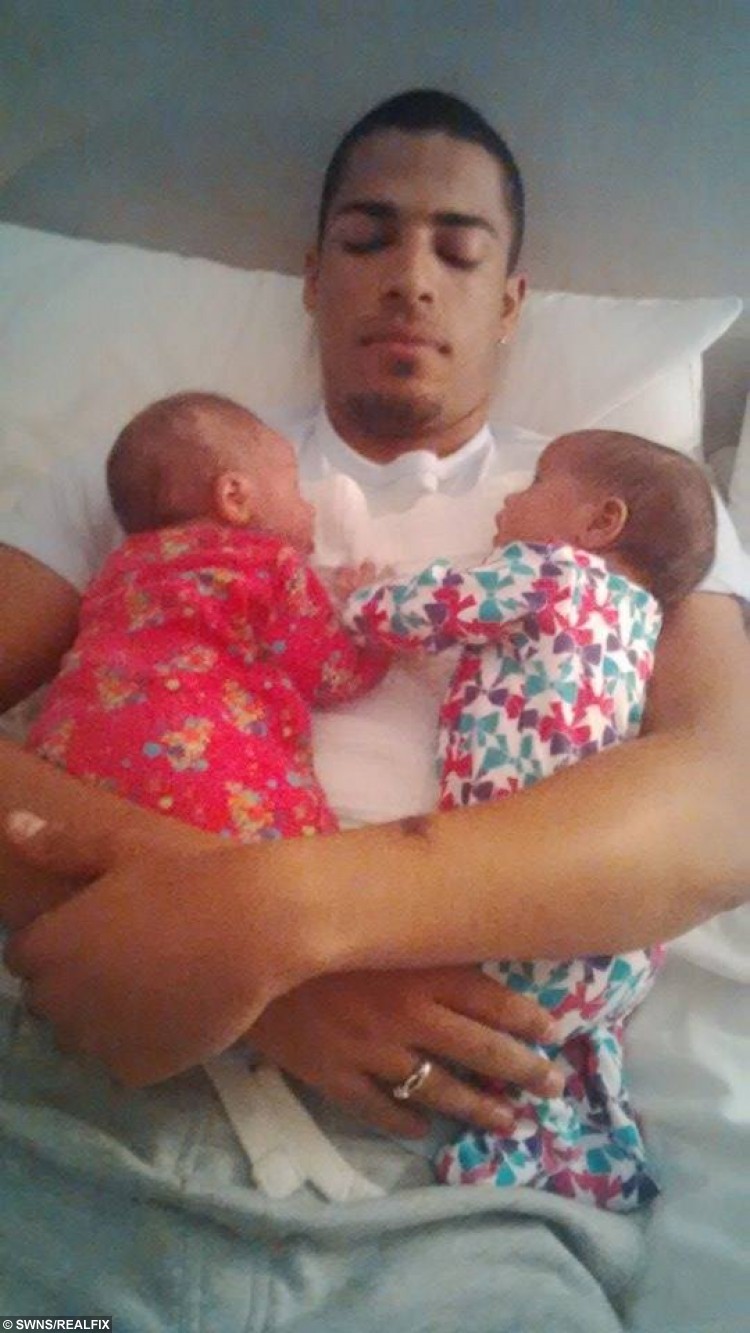 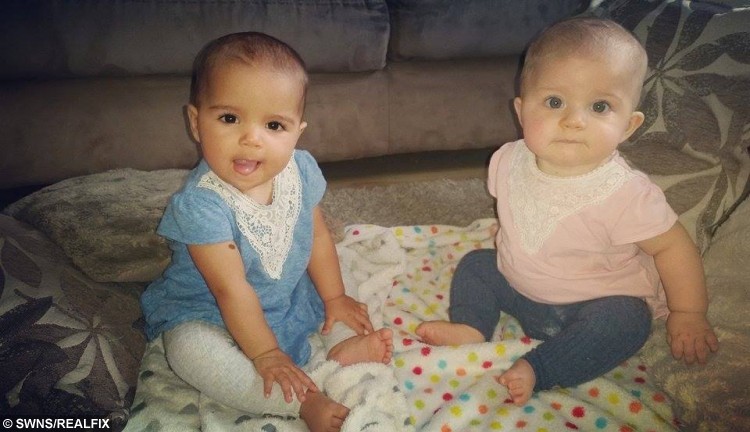 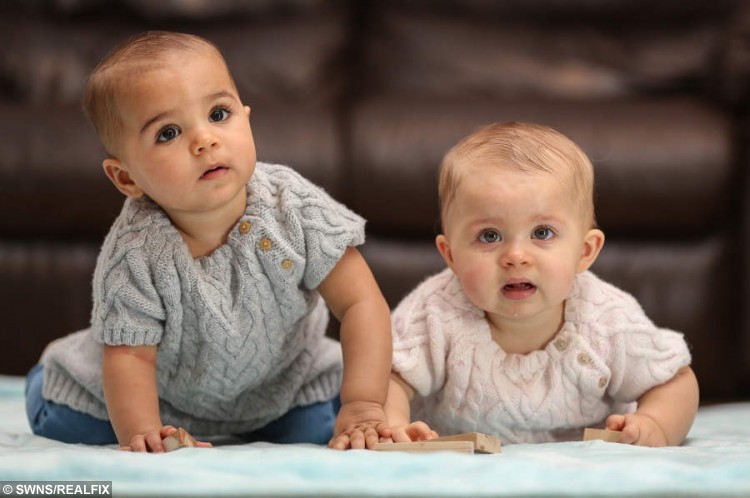 She said: “At first, both the girls had a purple tone to their skin, but they looked darker so I assumed they’d both taken after Kyle.

“But after two weeks, it was clear Myla takes after her dad with dark skin, brown eyes and brunette locks, while Anaya is more of a mummy’s girl with a pale complexion, fair hair and light eyes.

“We couldn’t believe it. Kyle and I told all of our relatives and friends: ‘We’ve got one of each.’

Unidentical twins inherit different genes as they come from separate eggs, but as Kyle carries genes for black and white skin, Anaya has inherited one code while Myla has inherited another.

The rare occurrence is said to have a ‘million to one’ chance of happening.

« Previous post 22 things only a dog owner will understand
Next article » Oh Crumbs - the woman who can't have her cake, or eat it...or even be in the same room as it