Mum fined by car park because she was ‘breastfeeding her baby’

Anna Scriven was given a ticket in a MorrisonÃs carpark after she went into a nearby Motercare to feed her baby Molly. See Masons story MNBABY; A young mum has been fined for overstaying her free time limit in a car park because she was breastfeeding her daughter.Anna Scriven, 28, was so preoccupied feeding and changing her then seven-week-old daughter Molly that she forgot about the free two-hour time limit at Riverside Retail Park, Norwich. She returned an hour late and was subsequently handed a Ã50 fine by firm ParkingEye two weeks later. The mum-of-two girls said: "It was very much a fraught mum trying to get out of the house for the day with a new born, because I was getting a bit of cabin fever. "It does take an hour to breast feed a seven-week-old sometimes. These things aren't as simple as sticking a bottle in their mouth and letting them drink for 15 minutes, it's not quite the same thing when you're breast feeding.

An angry young mum has blasted a heartless car parking firm for fining her £50 after she overran her time limit because she was breastfeeding her baby.

Anna Scriven, 28, admits she was an hour late returning to her vehicle n a supermarket car park but can’t believe the lack of compassion she has been shown.

The mother-of-two girls said: “I had it in my head that the two hour time limit was to stop people using it for free all day parking. I was a genuine user of the car park.

“I was genuinely using the facilities and the shops and I just so happened to go over so I thought that they would consider that but that’s probably naive of me.”

Mrs Scriven, who lives in Norwich with her other daughter Phoebe, four, had been shopping in Morrison’s in Riverside Retail Park, Norwich, in October when her then seven-week old daughter Mollie needed feeding and changing.

She had parked in the supermarket’s car park and, after shopping in Morrison’s, walked over the Mothercare to use its facilities, meaning she overran the two-hour free parking limit.

When she received the £50 fine two weeks later she thought if she told the firm, ParkingEye, why she was late, they would understand and waive it.

However they refused to waive the fine unless should prove proof she had shopped at the supermarket, but she says she lost her receipt.

The administrator who is currently on maternity leave said: “My hope was just that they would understand that. Yes I’d parked in the Morrison’s side of the car park but needed to feed my newborn.

“I didn’t really want to put her in the car to drive out of the Morrison’s bit to drive back into the Mothercare bit because it’s all within the same retail park so I just walked her across, fed her and was I was just hoping that they would understand that to some extent, it was out of my hands.

She added: “I was very much a fraught mum trying to get out of the house for the day with a new born, because I was getting a bit of cabin fever.”

“It does take an hour to breast feed a seven-week-old sometimes. These things aren’t as simple as sticking a bottle in their mouth and letting them drink for 15 minutes, it’s not quite the same thing when you’re breast feeding.

“That is why I went to Mothercare because they’ve got a room and you can sit in private and take your time over these things.” 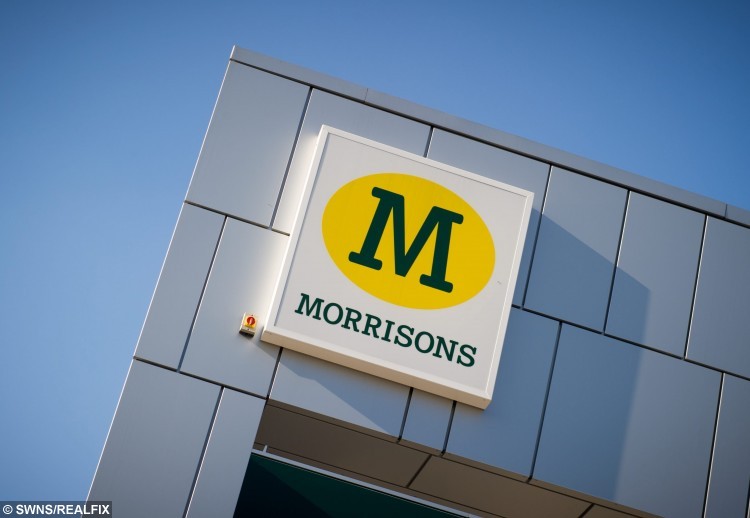 A ParkingEye spokesman said: “The motorist submitted an appeal relating to this parking charge but did not provide any proof of purchase.

“The Mothercare visited by the motorist is not serviced by the Morrison’s Norwich car park. These is clear and adequate information on 25 signs across the site detailing the terms and conditions.”

95-year-old advertises for bandmates to ‘jam’ with

Britain's oldest dog still gets mistaken for a puppy