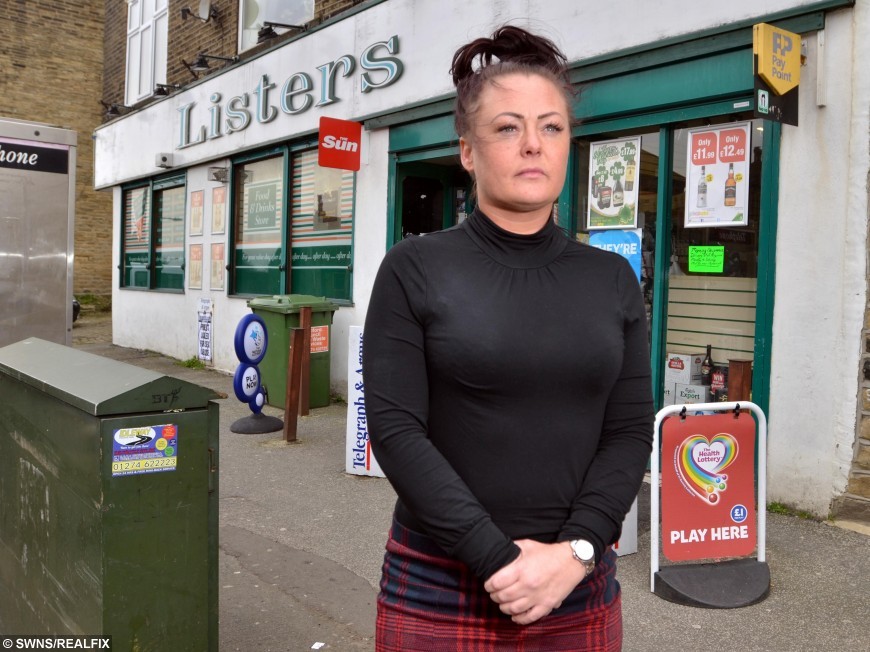 A horrified mum watched on helplessly as her friend’s car was stolen with her young daughter in the back seat.

Shocked Lucy Firth, 30, could do nothing as an opportunist thief jumped in her Audi A1 and sped off with her daughter’s friend asleep in the back of the £15,000 vehicle.

But when the man noticed a sleeping child in the back seat – he ordered the girl, aged three, to “get out” – and she ran back to her mum.

Lucy had only jumped out her vehicle to grab a quick drink from the shop with her friend sat in the passenger seat.

The friend then came to entrance of the shop – five steps away – to give Lucy some change and at this point she says the thief must have “creeped” into the driver’s seat.

Care worker Lucy, of Bradford, West Yorks., said: “It all happened in about five seconds from my friend getting out of the car to it being driven away with her daughter asleep in the back.

“I dropped my handbag and ran back outside the shop and saw the car turn around the corner and ran after it.

“The next thing, the little girl walked around the corner in tears after the car had sped off.

“We hugged her and took her back to the shop where we phoned the police.” 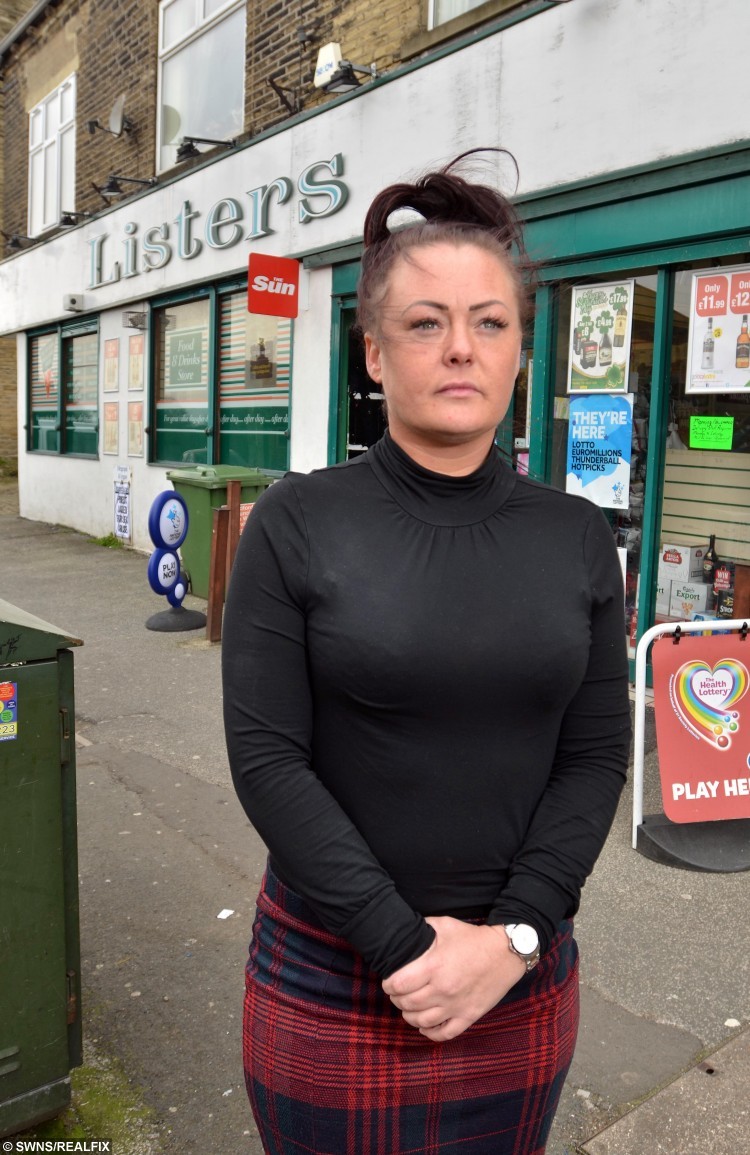 Care worker Lucy Firth, 30, at the spot where her friends daughter was driven away in her car by an opportunistic thief

The incident happened outside Listers Newsagent’s shop in broad daylight on Thursday (March 31).

Lucy’s car is still missing and is appealing for anyone who has seen the distinct ice silver model to come forward to the police.

“I was shaking when the car drove off with the girl in it. I was having a panic attack and was scared to death for the little girl.”

The mother, who wished to remain anonymous to protect the identity of her scared daughter, added: “What happened was just horrendous – my whole body turned to jelly.

“I was screaming and shouting. I was in pure shock, seeing the car speeding round the corner with my daughter in the back.

“When she reappeared it was total relief because anything could have happened.

She added: “You don’t expect that to happen when you’re just a few steps from your vehicle.”

But police said there was some dispute between what the caller had initially told them and the pair’s version of events.

Asked whether the police disputed whether the child had been driven off in the car, a spokesman said: “There appears to be some sort of discrepancy, which is why we need to speak to the family to establish the circumstances.”

But the mother said: “I dispute what the police are saying about that.”

The spokesman said: “Police were called to a report of an Audi A1 being stolen in Stone Hall Road, Bradford at about 4.35pm on Thursday, 31 March.

“The caller said her child had been removed from the car unharmed before it was driven off towards Mount Street.

“Officers made enquiries in the area to trace the vehicle, but it was not located.

“Police will be speaking to the complainant in due course to obtain the full circumstances.”

Enquiries are continuing and anyone with information is asked to contact police on 101, quoting crime reference 13160138376 or Crimestoppers anonymously on 0800 555111.