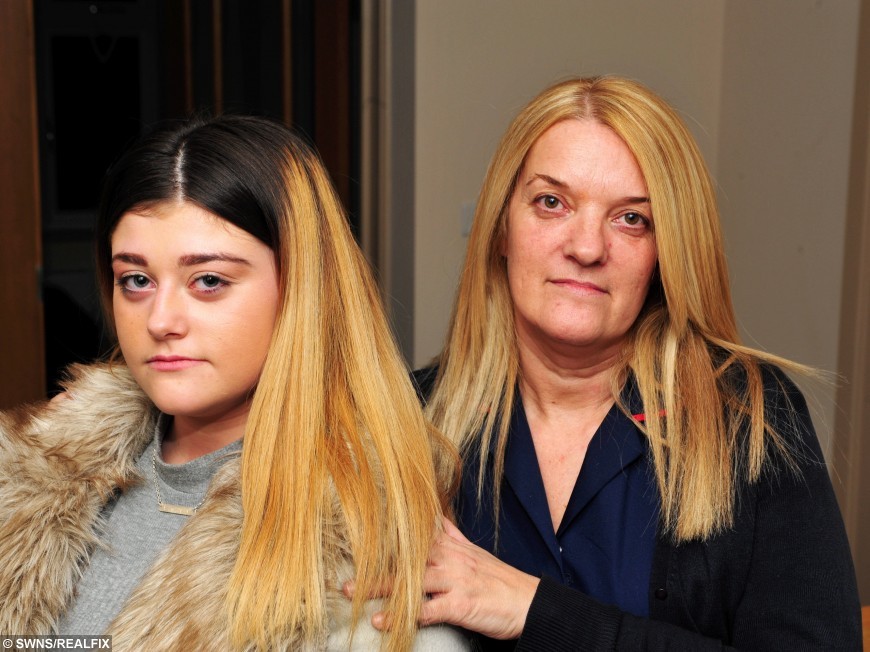 A furious mum has threatened to pull her teenage daughter out of a top school after she was segregated from other pupils – because of a ‘dip dye’ hairstyle.

Complex case nurse Diane Kelly has hit out at the school’s decision to put her 13-year-old daughter Daisy into inclusion for her ‘ombre’ hairdo.

Fuming Diane said that one teacher had even complimented the pupil on her new hairstyle at the start of term.

However, the teen was put into “inclusion” last week and segregated from her schoolmates and classes.

Tollbar School in Grimsby, North East Lincs., remains firm that students are not allowed two-tone hair, nor have “extreme” or “vivid” hair colours. 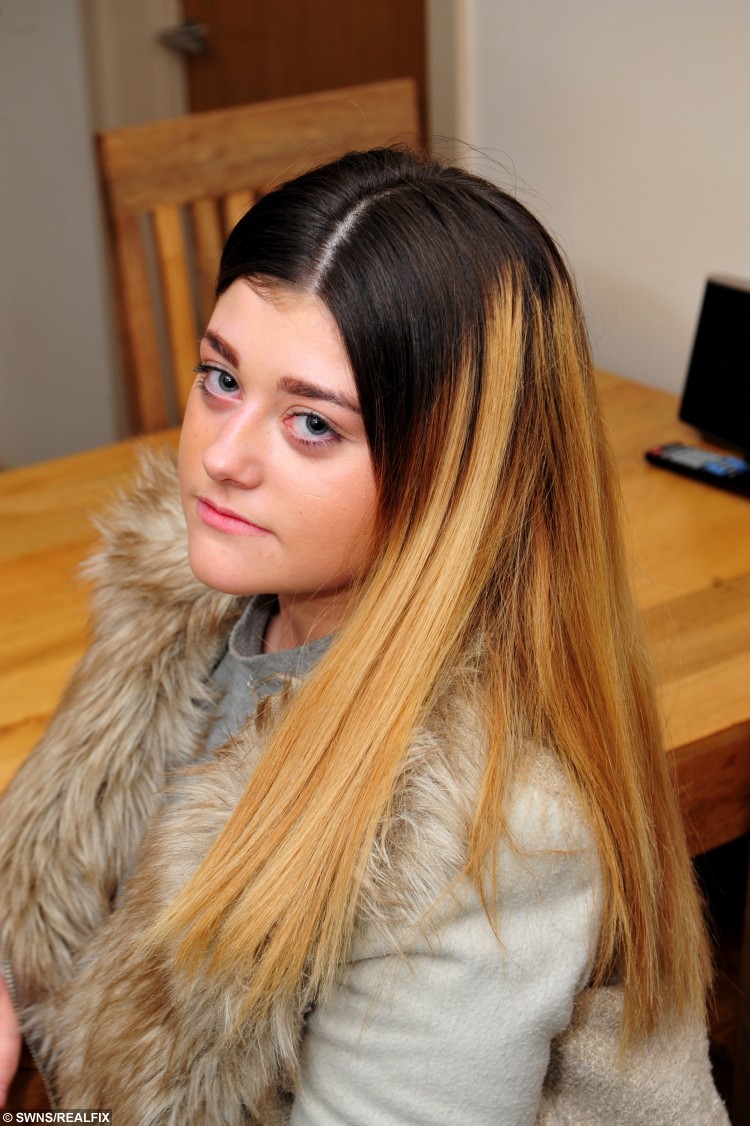 Diana, 45, said: “I support the school policy for pupils going into inclusion for bad behaviour and I totally agree with the uniform policy, but for the colour of hair, I do not. If it was bright red or any other colour I would agree but not when it is just a little lighter.

“I suggested she puts it in a bun so it is all the same colour but that was not acceptable.

“How is her hair colour affecting her education? She is not allowed out at break or dinner to play with her friends.”

She added: “It has got to the stage that I don’t want her in inclusion and have kept her at home and have asked for them to send her work here. But I have had no response.”

“I think it is dogmatic.”

“There is nothing wrong with her hair. I accept the rules have to be adhered to but they don’t have to be clones.”

Such is her annoyance that Diane, a former Tollbar student herself, demanded to see the minutes from the school’s governor’s meeting, where a hair colour ruling was made policy.

“It is ridiculous. I will move school. I am not happy with her sitting in inclusion where they are left to their own devices. I am backing her 100 per cent.

“They never had any rules like this when I was at Tollbar. They should be concentrating on bullying and other bad behaviour.

“It is bad to put them in inclusion and have the emotional impact that has on a teenager.”

The mum from New Waltham, North East Lincs., said she will remove her daughter to another school unless the school takes Daisy back into class and rescinds her inclusion penalty. 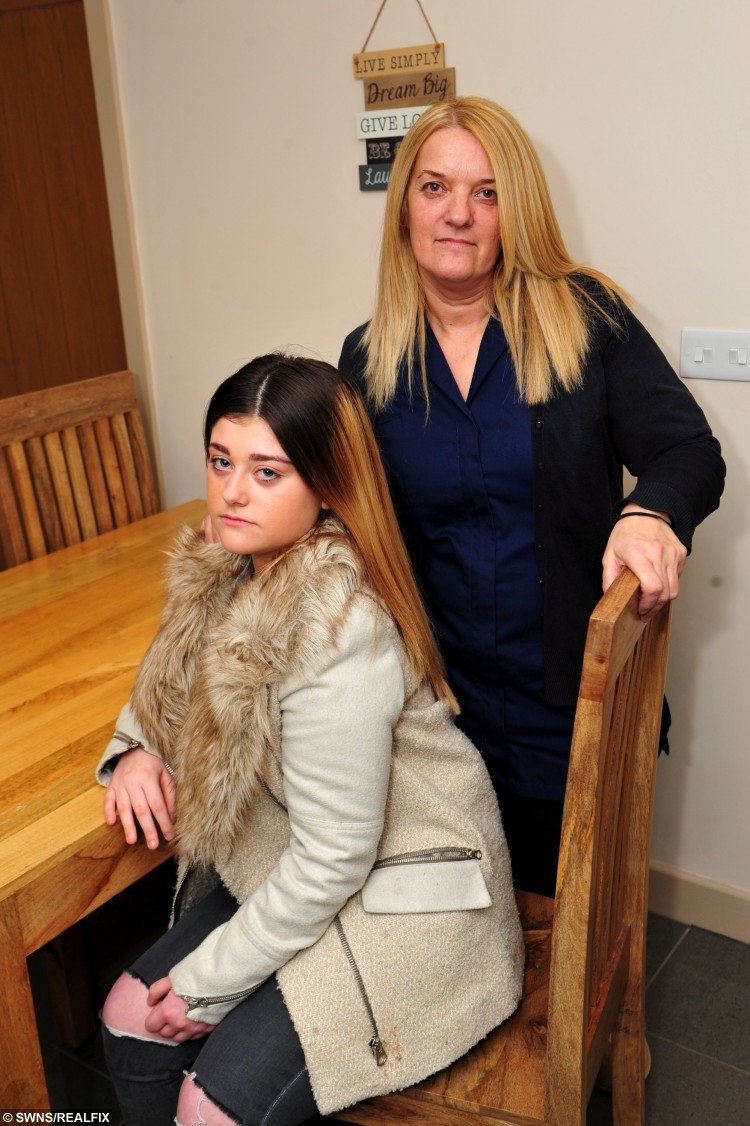 Daisy with her mum, Diane

This is despite Tollbar being named as the best performing school in North East Lincolnshire in last week’s GCSE tables.

Daisy, whose ambition is to become an airline hostess or work in health and beauty industry, said: “There are loads of people with dip-dyed hair and there are teachers who have their roots showing for their dyed hair.

“I had it like this for two weeks and a teacher said she liked it.”

Tollbar’s school policy states that it is not allowed to have hairstyles which are extreme, with no vivid or two-tone hair colours, NO cuts shorter than a number 1 razor setting, NO patterns cut into hair, NO beaded braids or braids with cotton/material weaves, NO extensions which do not match natural hair colour.

For girls, a normal plain hair-slide, clip or ‘bobble’ is acceptable, but the multitude of hair ornaments favoured by some girls is not.

Any hairstyles that have a change in hair length must be blended. Hairstyles must be graduated with no ‘stepped’ patterns or lines.

Mohican hairstyles are not acceptable. This includes stepped haircuts similar to the different styles of Mohican haircuts.

Stephen Moon, Principal of Tollbar Academy, said: “Readers will be aware that the Tollbar Academy Policy on two-tone hair was discussed extensively in the Grimsby Telegraph in September 2005.

“This policy is widely published and has not changed. Parents are made aware of our Academy Dress Policy before they accept a place. Parents and students also sign the Home-Academy Agreement, agreeing to support the Academy’s policies when they commence their education at Tollbar.”