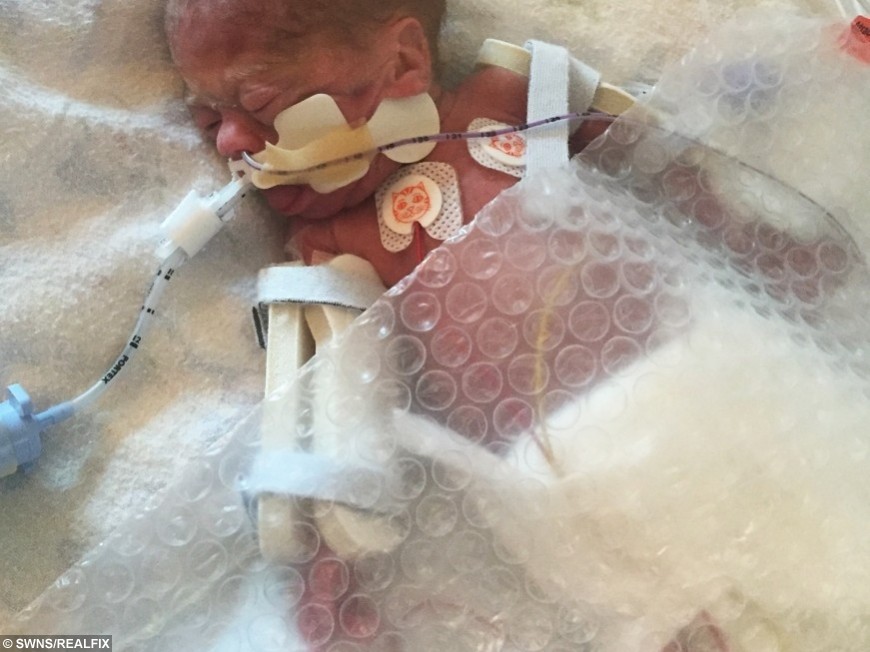 One of Britain’s most premature babies who was born at just 24 weeks survived after she was covered in BUBBLE WRAP.

Mum Lucy-Marie Smith, 18, was just six months into her pregnancy when she was rushed to hospital after she started getting pains.

She was told she wasn’t in labour and sent home to have a bath but went back to hospital after she started bleeding.

Lucy-Marie was again told she wasn’t in labour but suddenly felt the urge to push and her daughter Sophia-Rose was born at just 24 weeks at 2am on May 20.

The tiny tot – who weighed just 1lb 3oz – was whisked straight to intensive care, where she was put on a ventilator to help her breathe. 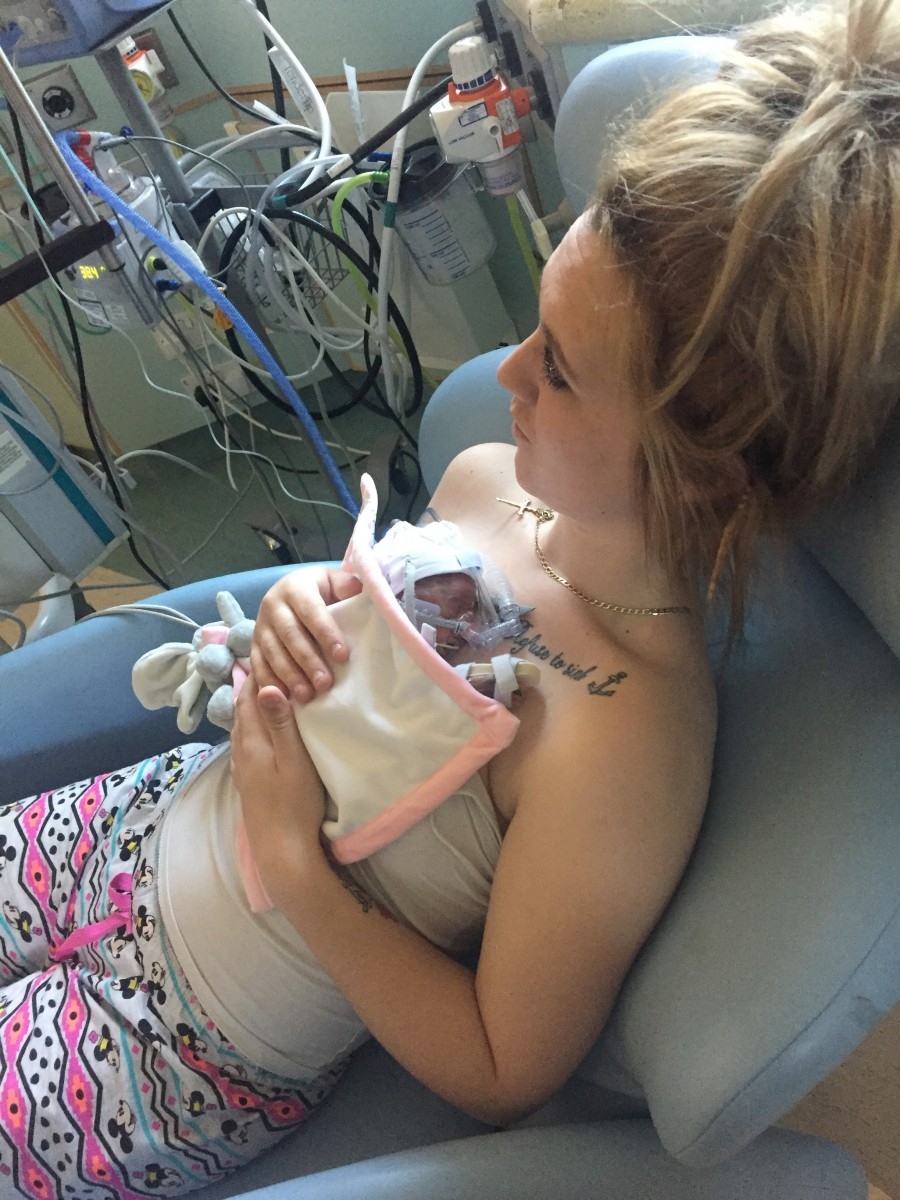 She was also wrapped from head to toe in bubble wrap and placed in an incubator to try and keep her warm.

Doctors warned the family it was touch-and-go after she developed a bleed on the brain and have given her just a 20 per cent chance of surviving.

But Sophia-Rose is battling against all the odds and her parents hope they might be able to bring her home by Christmas.

Lucy-Marie, who lives with boyfriend Luke Webster, 21, in Bulwell, Notts., said: “Sophia-Rose was born still inside her amniotic sac, which is meant to be lucky, and she’s certainly needed that luck.

“When she was born they covered her tiny body in bubble wrap to keep her warm. It probably saved her life.

“She had two bleeds to the brain, she has chronic lung disease and is still on a ventilator now.

“I turned 24 weeks on the night she was born, which was incredibly lucky because they told me no babies survive if they are born at 23 weeks.

“They have given her a 20 per cent chance of surviving but we think she is making great progress and can’t see her going downhill so we are keeping our fingers crossed.

“She is on a ventilator that means she doesn’t have to do any breathing for herself so she can rest as much as possible but she is very bright and alert.

“She was due on September 9. But we’re hoping we might be able to bring her home by Christmas.

“She’s got a battle on her hands but she is a true fighter, she’s such a little trooper.” 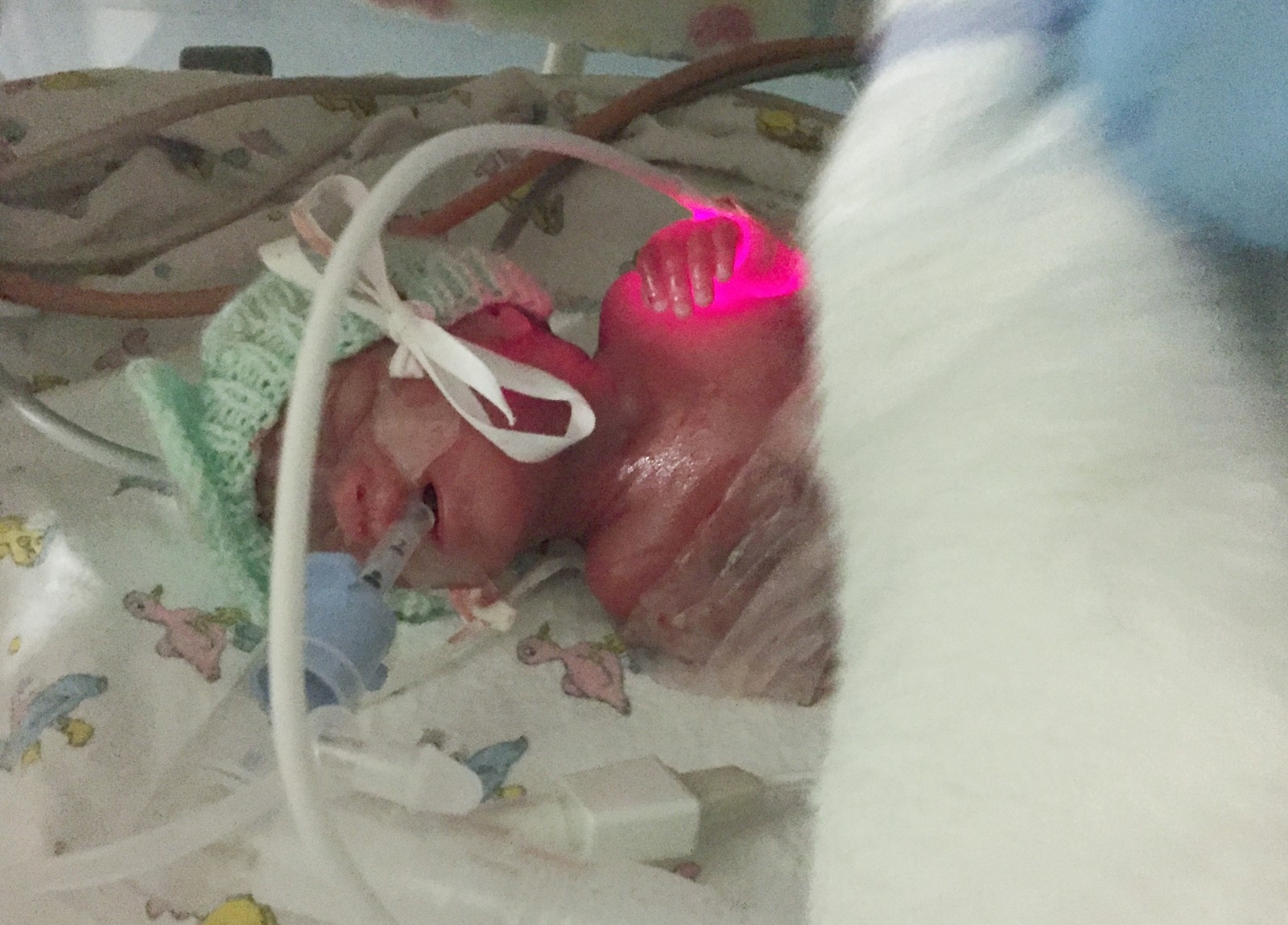 Dad Luke, a maintenance engineer, said he was terrified when he first saw how tiny his newborn daughter was.

He added: “I didn’t believe Lucy when she called me.

“She sounded so calm, I thought she was joking. I rushed straight back to the hospital.

“I was very worried when I saw Sophia-Rose, she was wrapped up in bubble wrap and she was tiny.

“But she’s so strong and quite an active baby now too. She was very poorly but now we’re watching her progress, she weighs 1lb 12oz now which is great.

“The dream for me is to be able to bring her home. I can’t wait to tuck her up in her own bed.”

Lucy-Marie was studying childcare at Access Training in Nottingham when she discovered she was pregnant.

The pregnancy started completely normally until she started getting pains 23 weeks so she was taken to City Hospital in Nottingham. 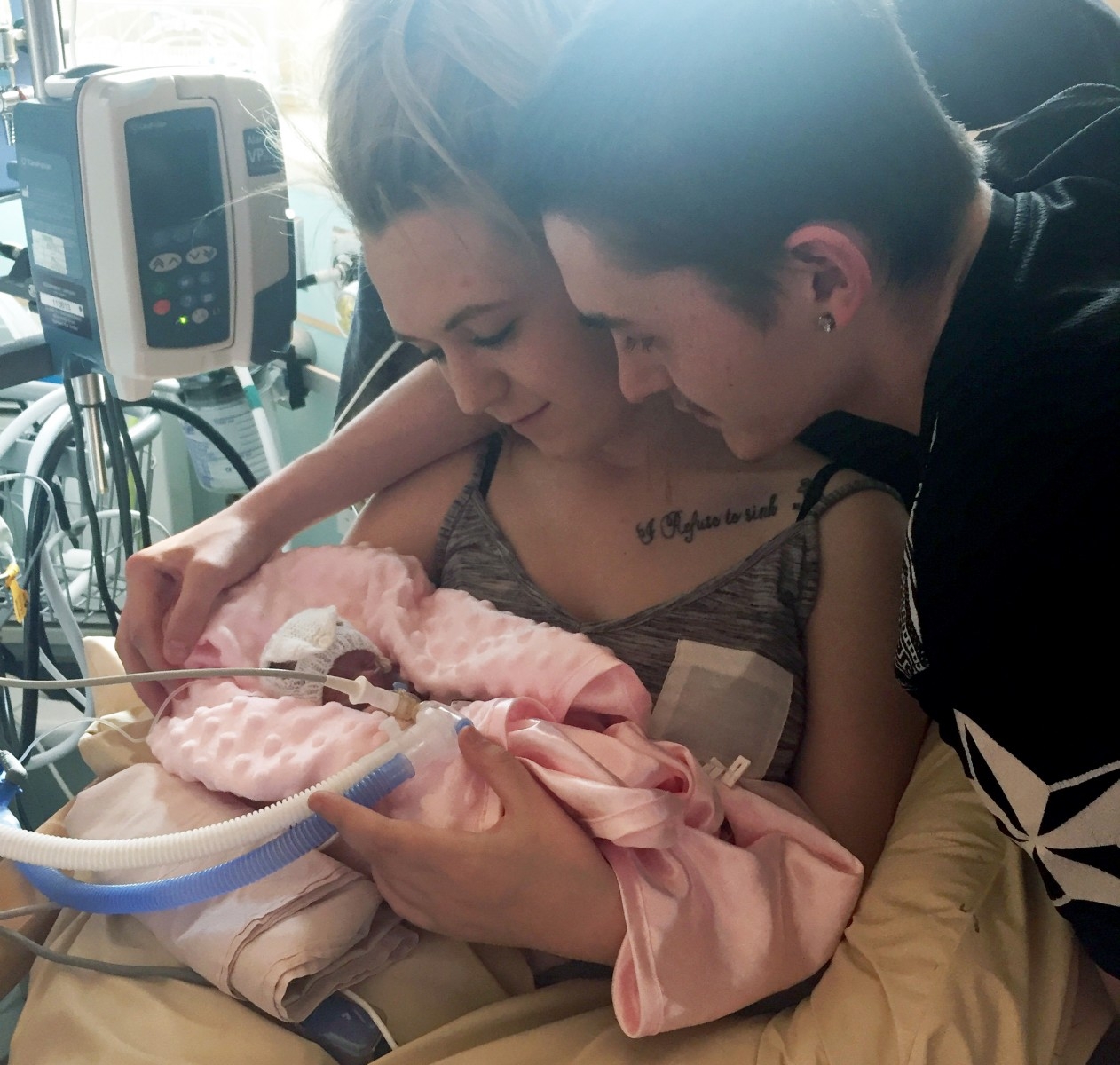 She said: “I went to hospital and they checked me over but they said I wasn’t in labour and sent me home.

“They told me to have a soothing bath so that’s exactly what I did. Then I sat on the bed to watch a film, but suddenly I started bleeding.”

Her partner Luke and her mum Dawn Smith, 46, then took her back to City Hospital where she was checked over again and admitted to a ward.

Lucy-Marie added: “I was on my own and I just started pushing. By the time the midwife had come back in Sophia-Rose had almost been born.

“She was delivered and then about 20 people rushed into the room and put her into a special bed.

“I didn’t know whether she would survive, she was rushed straight to intensive care.

“When we were first allowed to see her it was about six hours later and you couldn’t see any of her because she was completely covered by bubble wrap, even over her head.

“It was to try and raise her temperature because she was still supposed to be in the womb. It kept going up and down initially but it has stabled out now.”

The family are currently staying in a family room at City Hospital and spending their days at Sophia-Rose’s bedside.