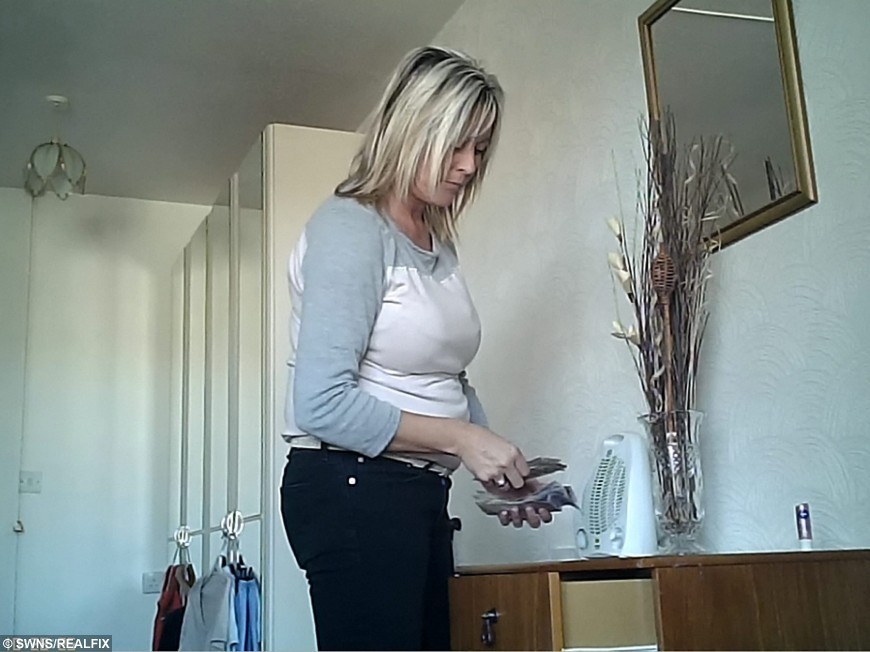 This is the moment a thief steals cash from a pensioner she was supposed to be caring for – after her family hid a camera in an AIR FRESHENER.

Mary Riordan was caught trousering the money out of the drawer of 75-year-old Pauline Guthrie while she was in the bath.

Riordan has cared for Pauline for six years, helping her to get in and out of the bath at the sheltered accommodation where the pensioner lived.

But between September and October 2015, Riordan was caught stealing a total of £960 from the pensioner, who is registered as disabled.

Peter Bardsley, prosecuting, told Lancaster Magistrates’ Court: “The family noticed Ms Guthrie’s money was disappearing at a rapid rate and installed CCTV and discovered the defendant was taking money from the complainant’s drawer.

“It showed her taking money out on numerous occasions.

“She fully admitted what she had done, she knew what she had done was wrong and was struggling with her finances but she be came greedy, £14 one week, £60 another week and took much more after that, £200, £240 and £220 the next day.

“She was glad she had been caught because she felt disgusted and wanted to find a way to pay the money back.” 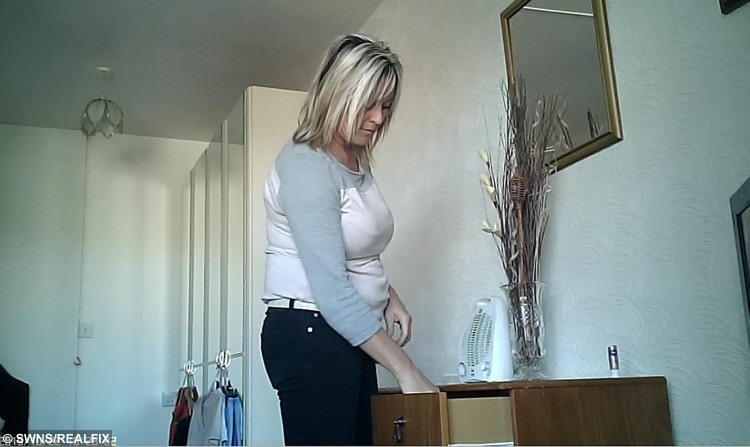 This shocking footage shows the moment brazen thief Mary Riordan steals cash from the home of a pensioner she was supposed to be caring for.

The court heard that Riordan, from Heysham, Lancs., took the money in an attempt to help her pregnant daughter pay for accommodation.

Donna Thompson, Crown Prosecution Service, said: “This is obviously a serious case and an unpleasant one.

“There are numerous personal issues about why Ms Riordan struggled to cope on a financial level and emotional level.”

John Halewood-Dodd, defending said: “She has five children and has a 14-year-old son and a daughter with a two year-old who relies on her at her home.

“She couldn’t find a way to help and saw this temptation with the drawer and took that opportunity.

“I am not saying it was a one off, she did feel awful and got on very well with Miss Guthrie.

“She has expressed her remorse, helped police, and has brought the money with her today and has written a letter of an apology. It is a foolish act to get involved with but she is clearly of good character and has shown genuine remorse.” 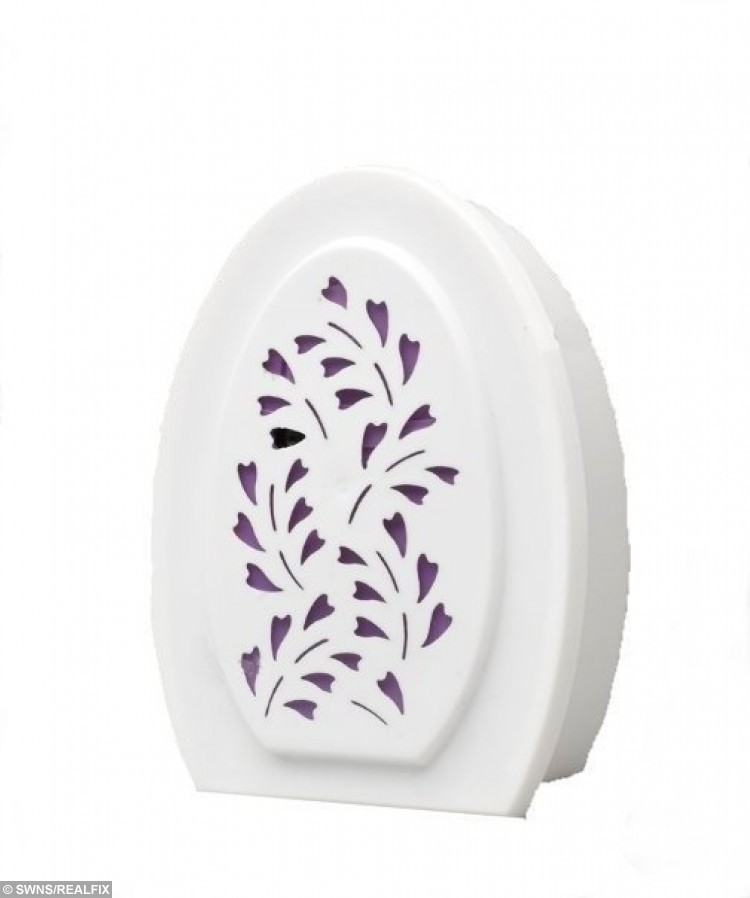 Eyetek Air Freshener Camera Recorder HD 720p similar to the on that captured Mary Riordan stealing from a vulnerable victim.

Chairman of the bench, Mrs Appleton, said: “This has been a very difficult case for us to come to a conclusion. We all agree it was a despicable act to a very vulnerable disabled old lady who clearly trusted you.”

Riordan received 26 weeks prison suspended for two years and a 12 month community order with rehabilitation, and ordered to pay £80 costs and £740 compensation.

After the case Pauline’s eldest daughter Annie Pearson, 48, said: “It was the only way to catch her as the police said without proof there was nothing they could do.

“We had our suspicions but only when we got the camera did we see what had been happening.

“There seems to be a lot of support for her but not for my mum. It is very upsetting, when I first had my suspicions I wasn’t sleeping, it was all I could think about, we couldn’t prove it at first, it was so frustrating.

“Mum doesn’t go out anymore, she is totally devastated, it has ruined her. She was vulnerable and even more so now.

“She has a mental illness, tremors, she can’t walk very far, she needs help getting in and out of the bath, she had Bell’s palsy at the time it happened.

“If Mary was struggling does that make it right to steal money off a vulnerable person?”