HomeFamiliesMust ReadToddler Has Become One Of Instagram’s Youngest Influencers With More Than 16,000 Followers – Netting His Family More Than £10,000 Worth Of Goodies 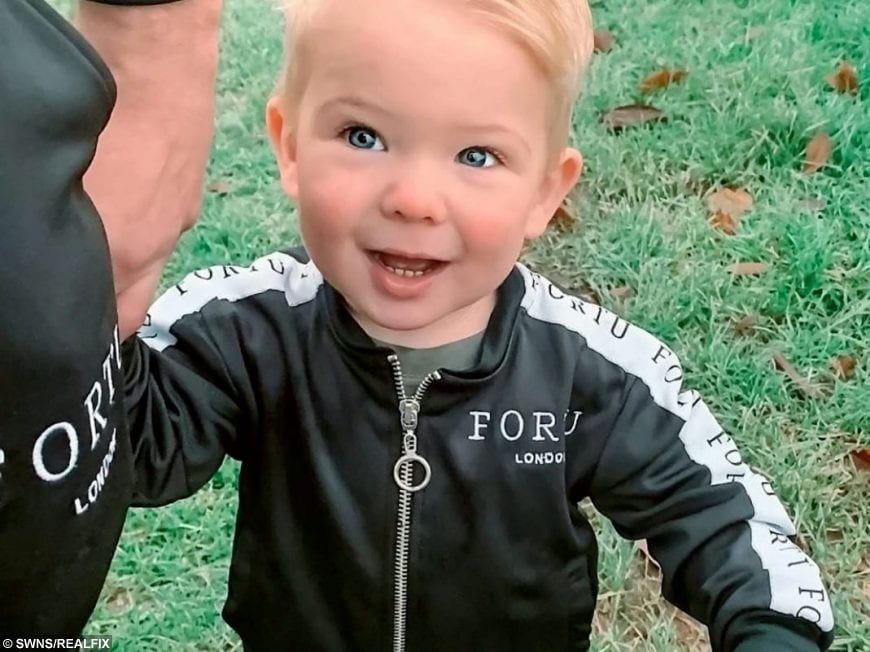 A toddler has become one of Instagram’s youngest influencers with more than 16,000 followers – netting his mum more than £10,000 worth of goodies.

Natasha Maxwell, 33, started an online profile for Parker George a year ago, simply as a way to store his photos, and share them with loved ones.

But soon strangers were drawn in by his cheeky grin, and his followers started to pour in.

Natasha has been sent £10,000 worth of treats in exchange for Instagram shout outs, such as designer clothes, tickets to Disney on Ice – and even a fridge freezer.

Stay-at-home mum, Natasha, from Sheffield, said: “It has opened up so many opportunities for the whole family and this shows how parents can use social media in a good and positive way.

“It has hugely benefited our lives and we have had so much just given to us for free.

“I didn’t start it as a way of using my children to gain anything.

“I only started the page because it is a place to keep all of my photos in one place for my friends and family to see.

“People just kept following us and it just grew from there. Now some posts can be seen by 20,000 people and it has just gone crazy.

“I put a lot of work in and it does take up a lot of my time.

“It’s not all about Parker either, it includes the whole family and my feed is very family oriented.

“My average screen time on Instagram is nine hours a day so it is like a full time job for me.

“I don’t feel bad for getting something out of it too because it does require a lot of work every day.”

Natasha decided to start posting photos of Parker on a dedicated Instagram page when he was eight-months-old in December 2018.

Her inspiration for @life.of.parker.george came from her love of photography and wanted somewhere for friends and family to see photos of Parker as he grows up.

But Natasha, who also has an eight-year-old daughter, Lilly-Rae, said her followers steadily rose as she introduced hashtags and word about the page began to spread.

By July, Natasha, a former dog-groomer, said the page hit 10,000 followers and she was being inundated with hand outs from top brands.

Parker and Natasha have been sent prams, high chairs, designer clothes and even a fridge freezer in exchange for posting photos of the products on their page.

Top brands like River Island have even given him clothes for free to wear in up and coming photos hoping to capitalise on the trendy toddler’s popularity.

Natasha has been handed a personalised diet and weight loss plan worth £2000 from MuscleFoods.

In September last year she sent them an email to enquire about collaborating because she wanted to slim down in time for her wedding this January.

MuscleFoods agreed and said as long as she posts regular update photos of her progress and supplies them with her wedding photos, they will supply her with three meals and snacks a day for the four months running up to the big day.

Natasha, who will marry 22-year-old steel worker Daniel Burt in January, said: “I see it as a bit of harmless fun and it has really surprised me at how it has taken off.

“I try to keep the posts as genuine as possible but we are getting so many opportunities now.

“I am proud of Parker for just being him.

“I’m not going to turn down these offers and it if benefits my children then that’s great.

“Some of the experiences we have had this year have been unforgettable. It’s crazy to think it has all come from just posting photos of Parker.”

The family of five, which also included Daniel’s two-year-old daughter Phoebe, have been gifted tickets to events like Disney on Ice and free entry to local zoos and play parks.

Hands outs have come from the likes of AO.com, Muscle Foods, River Island and children’s pram and furniture specialists Stokke.

In return, Natasha posts a photo of Parker at the venue on her page and tags them in the post.

Many posts also feature Parker in fancy clothes – like personalised Chard Threads tracksuits – which he wears for some photos.

Natasha isn’t sure exactly why Parker has become so popular and can only put it down to his adorable cheeky grin.

She said: “Parker is very cute and he is always really happy. He waves at everyone and is always smiling.

“He is still a toddler and I am very careful about the type of photos we take.

“I don’t see why this could be negative in any way. I love to share my life on social media and always have done.

“People do talk about the dangers of posting photos of your children online but I don’t see it like that at all.

“Lots of people post photos of their kids online and these are just really harmless and innocent.”

A year on from first setting up the Instagram page Parker has an impressive 16,400 fans and followers.

Natasha added how she also uses the feed to share advice, ask questions and get involved with the online parenting community.

She said she uses the platform as a way of offering support and help to other mums and dads.

Natasha hopes her feed can inspire others parents to get creative when sharing pictures of their little ones online.

« Previous post 'My Heart Was In My Mouth But My Training Kicked In' - Dog Lover Saved Her Pooch's Life After He Started Choking On A Piece Of Sofa - By Performing The Heimlich Maneuver
Next article » 'I Had An Obsession To Get Strong' - 23st Man Lost Nine Stone After Ditching 10,000 Calorie Diet He Was Copying From Bodybuilders On Instagram