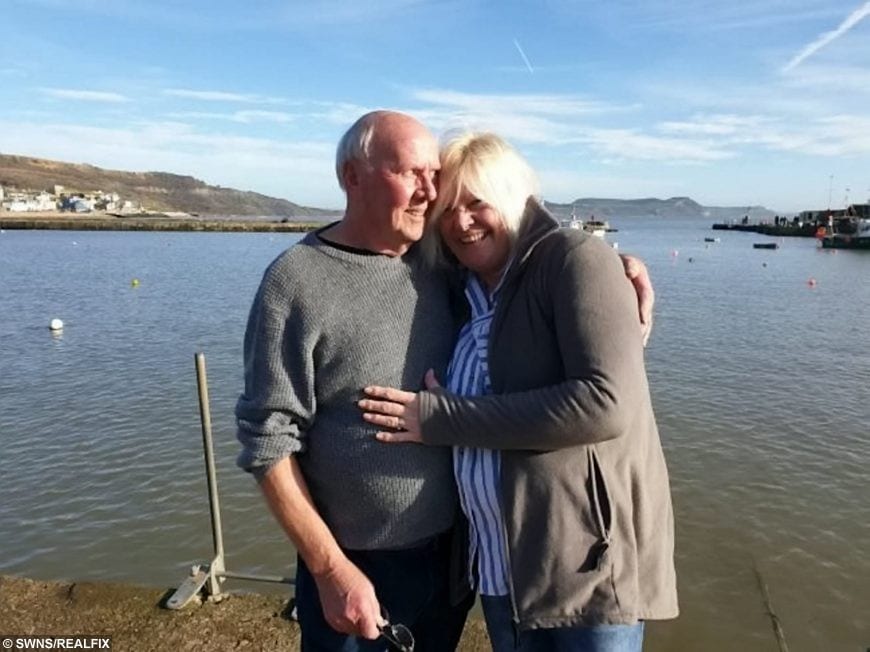 A woman was reunited with her long-lost father after 56 years when he was ‘suggested’ as a friend – by FACEBOOK.

Karen Harris was adopted as a little girl in the early 1960s because she was born out of wedlock.

The only thing she knew was her dad’s name Trevor Sinden – which was told to her by a social worker when she was 18.

She tried to find him but with little information she failed – until decades later when she saw the name on the ‘suggested friends’ feature on the social media site.

Karen, of Penryn, Cornwall, saw Trevor lived 350 miles away in Kent but scanned the profile and from his details and history realised she might be looking at her father.

The pair then chatted for weeks and met for the first time in an emotional reunion on Friday – and they both said it was like they have known each other their whole lives.

Karen, 56, said her birth parents gave her up for adoption in the early 1960s.

They were teenagers and she was born out of wedlock, which she says “wasn’t the done thing in those days”.

She added: “You just don’t feel as though you belong.

”Looking at your family that brought you up, you’re really grateful that they brought you up but you don’t have that sense of belonging.

The re-united father and daughter decided to meet in Lyme Regis, Dorset, roughly halfway between Cornwall and Kent.

When they first spotted each other, they hugged for so long that a passerby said “I hope you know each other.”

They had a lot of catching up to do in the following days, which were spent going on walks and searching for fossils on the Jurassic Coast.

Karen was also introduced to two of her long-lost cousins and has had “an amazing time with many new memories.”

Trevor, 72, added: “It’s like all of her Christmasses at the same time. It’s so surreal, the chances of actually meeting were so slim.

“I have looked on the internet but could never find her. It’s early days but I feel we already know each other quite well.

“If it wasn’t for Facebook we wouldn’t have met.”

Karen had known few details about her father since she approached an adoption agency at the age of 18 seeking to find her birth parents.

A social worker shared with her what details they could and Karen managed to track down her mother around ten years later, after she had had a child of her own.

Finding her father proved to be more difficult.

She knew he was an electrician from Croydon but it was not until seeing that the information on his Facebook profile matched what she had been told that she knew she had finally found him.

He responded immediately and after seven weeks of chatting every day, they decided to meet.

She added: “Those who are adopted can understand that moment when you first see someone other than yourself in a mirror that has your cheek bones, your eyes, your chin.

”It is something that someone who isn’t adopted probably can’t relate to or understand, but it changes the way you look at the world.

“Now there is someone else like me, loving me for me and I cherish every moment. I’m incredibly blessed to find him now.”