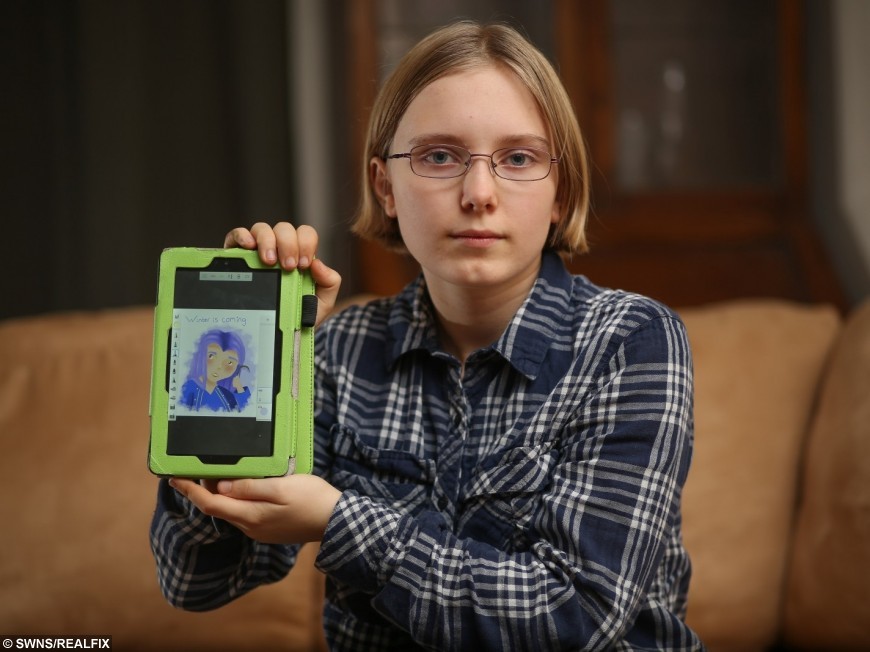 The makers of hit TV series Game of Thrones have been blasted for threatening to sue a teenage girl who innocently used the phrase ‘Winter is Coming’ in her artwork.

Felicity Wilcox, 13, was stunned to receive an email telling her TV giant HBO would sue her for breach of copyright if she did not remove the phrase from an art website.

She had incorporated the phrase – an expression central to the plot in the fantasy series – as part of an artwork competition on website Redbubble.

Felicity had uploaded the image on RedBubble – but was it removed after HBO lawyers argued it breached copyright on one of the show’s trademark phrases.

The site sent Felicity a “scary email” because of the infringment and said the US TV dons would file a lawsuit if the artwork was not removed immediately. 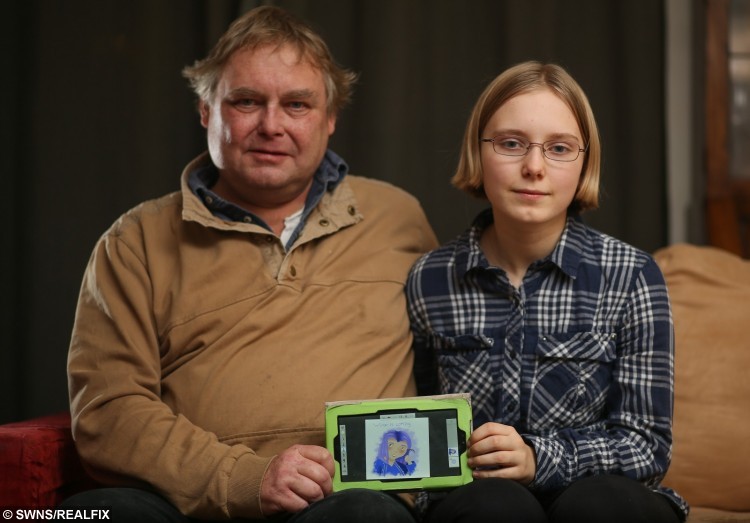 Felicity’s masterpiece was then re-published on the same website without the Game of Thrones slogan above it.

The reference to ‘Winter is Coming’ in the hit series is a motto of fan-favourites House Stark which are words of ‘warning and constant vigilance’.

The Winter season can last for decades in the world of Westeros and brings with it the myth of ‘White Walkers’ – an army of undead soldiers brought back to life.

The legal threat was blasted by Felicitys father Jonathan Wilcox, 53.

Father-of-two Jonathan of Mansfield, Notts., said: “Why are they picking on a 13-year-old girl? I think they’ve got bigger fish to fry if I’m honest.

“It’s very petty if you ask me – my initial reaction was shock, like, what the hell is going on? It is just so heavy-handed for something so menial.

“When your daughter gets upset and shows you her laptop which says she is being threaten for posting an innocent picture on the internet – it’s the world gone mad.

“Flic was really scared when the email mentioned the complaint and the possibility of a lawsuit.” 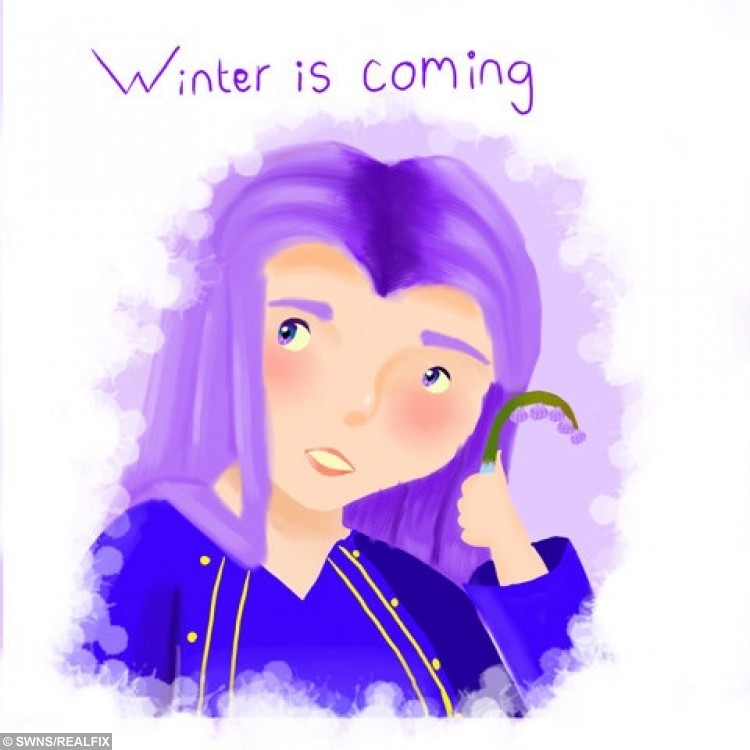 The drawing which was reported by HBO

Asked what he thought about the email, he added: “HBO can shove it where the sun doesn’t shine to be honest, like I’ve said before, they need to get a life.”

Felicity, who is home-schooled, was tasked with art challenge Huevember which consisted of creating a piece of art based on a different colour.

For this specific task, the youngster chose a lilac colour and then uploaded this particular artwork to Facebook and picture sharing space RedBubble on November 28.

Redbubble said it was contacted by HBO lawyers who argued her art breached copyright of the show’s trademark phrase – coined by Ned Stark who is played by Sean Bean in the series.

The website then emailed Felicity on December 5 explaining that her work containing the title ‘winter is coming’ was removed.

The message read: “Dear Flic, we have removed the following content from Redbubble in response to past complaints from Home Box Office, Inc., the claimed owner or licensee of related intellectual property and in accordance with Redbubble’s IP/Publicity Rights Policy.” 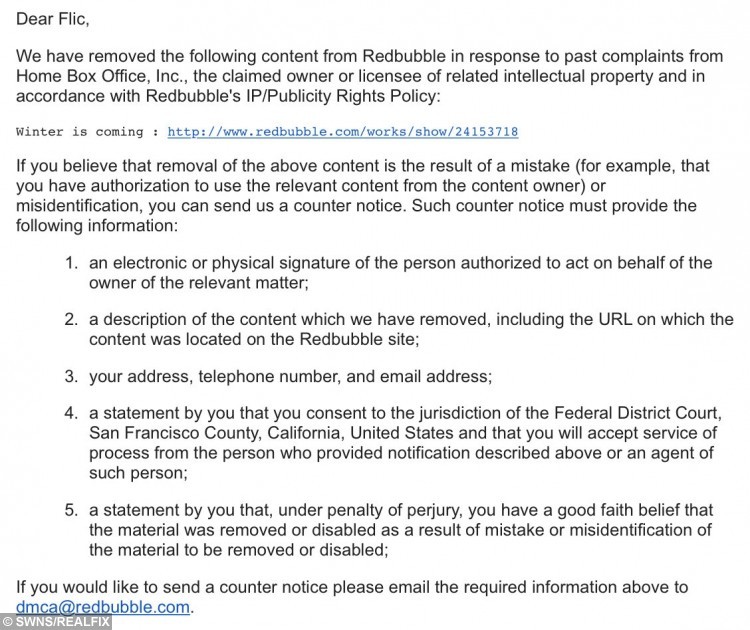 The email received from Redbubble regarding Felicity’s drawing

Asked about the incident, Mr Wilcox said: “My daughter, who happens to be autistic, was doing an art challenge which consisted of doing a piece of art based on a different colour as you worked your way round a colour wheel.

“She was uploading her pictures to a variety of sites and sharing them on Facebook and for this particular piece, she decided to title it ‘winter is coming’.

“I do not believe she uploaded the picture to RedBubble to make any particular financial gain – she just thought it a sensible place to showcase her work.”

Speaking about Felicity’s work, he added: “Art isn’t really my thing to be honest, but I appreciate what Flic has done on the computer.”

Johnathan said Redbubble obeyed HBO’s demand and forwarded him a copy of the takedown notice.

He then investigated on the web and found some artists on Etsy had also received the letter.

RedBubble said the website had a ‘legal obligation’ to act on takedown notices under the Digital Millenium Copyright Act.