An 18-year-old Muslim girl said she’s breaking stereotypes in boxing — by becoming one of the first to compete wearing a HIJAB.

Feisty Safiyyah Syeed, 18, plans to enter the ring for her first official amateur fight later this year sporting the traditional headscarf as well as long sleeves and leggings.

The International Boxing Association (AIBA) last month lifted a ban on hijabs and other full-body uniforms that fighters wear for religious reasons. 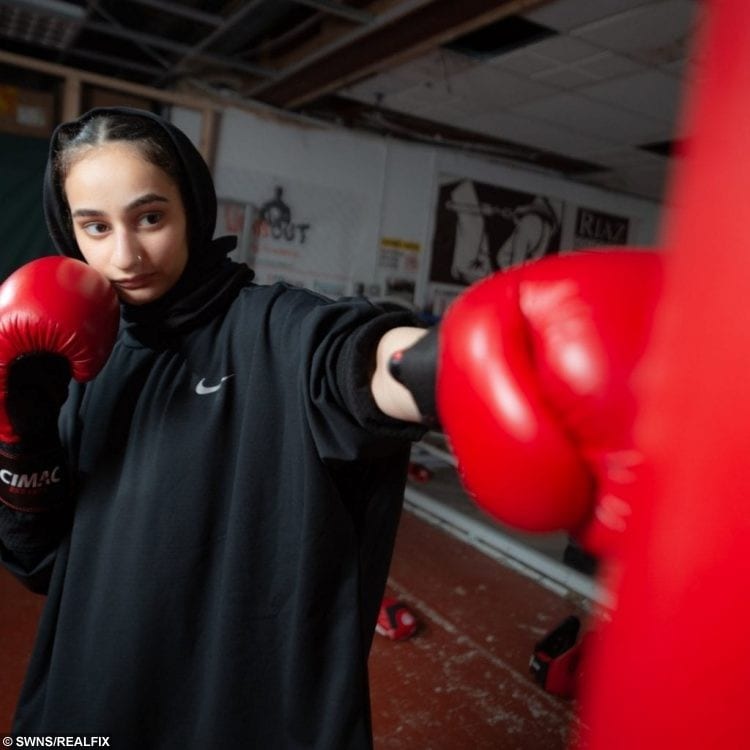 Safiyyah, from Bradford, West Yorks., began boxing a year ago after writing a bucket list while suffering from an unidentified illness that stemmed from anorexia and bulimia.

She was frequently bedridden between the ages of 16 and 17 as a result of a severe illness which saw her weight plummet to four stone after living off a banana a day.

Since then, Safiyyah, who is studying a leadership program the university, has begun training twice a day at Lights Out Boxing Academy in Bradford, West Yorks.

She said: “Boxing keeps me sane and keeps me happy, I absolutely love it. 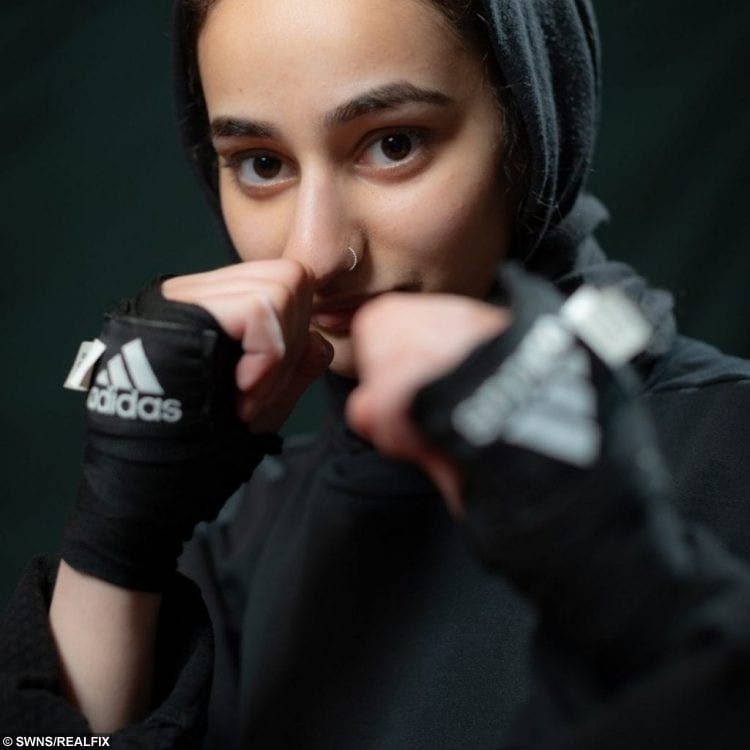 “I started just for fun but I’ve really fallen in love with the sport.

“I was bit worried at first about being a hijabi girl going into a boxing gym. It’s not what people are used to.

“But everyone has been so nice and supportive. No one minds that I wear a hijab in the ring.

“It doesn’t affect my boxing at all, some people think it might make it hard to move but I forget I’m even wearing it.” 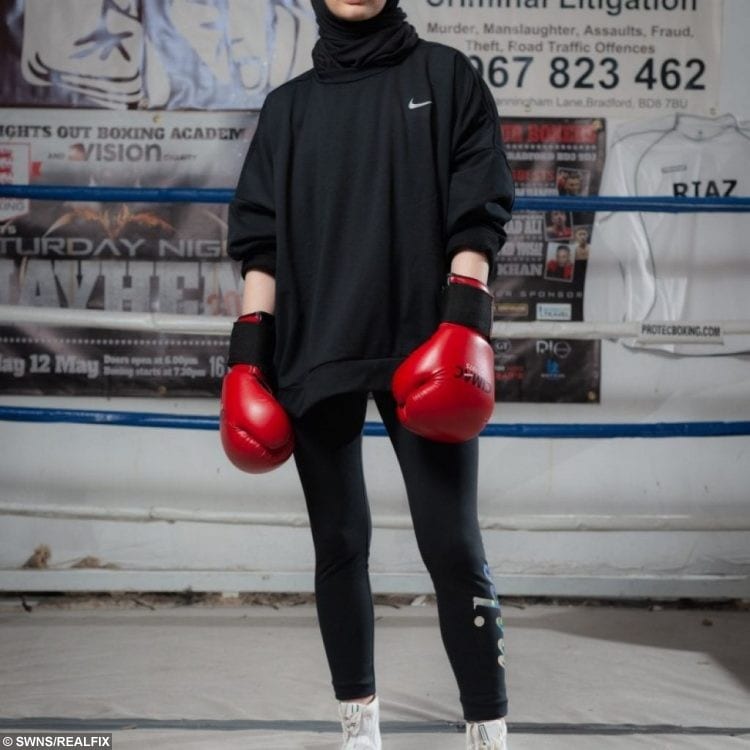 Safiyyah, who volunteers at a mental health charity, spars with both men and women during training.

“I remember the first guy I sparred with, he winded me,” she added.

“He didn’t realise he had done it because I hid it because my coach has always said ‘don’t show any emotion’.

“They don’t go easy on me but I always say ‘just because I’m a girl don’t think anything different of me’.” 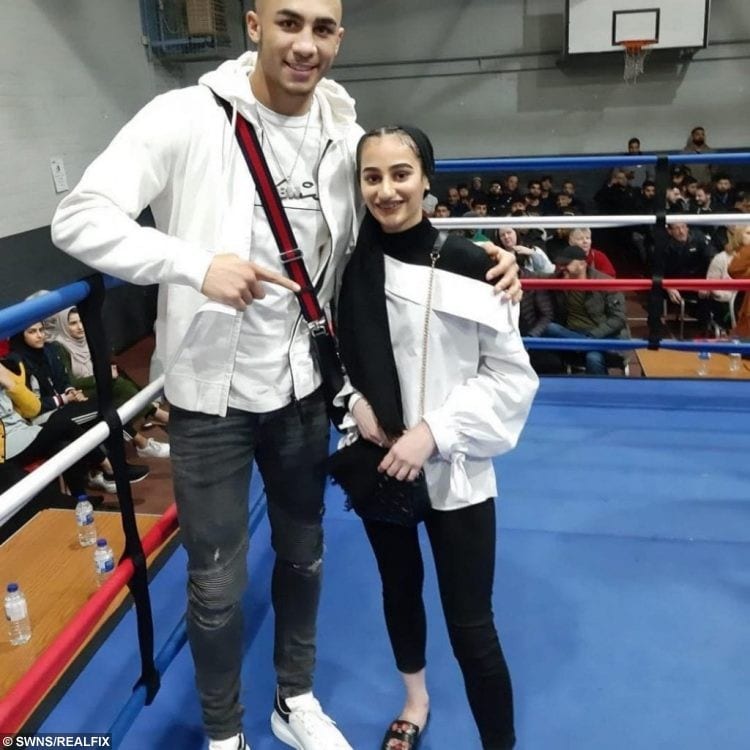 Safiyyah’s amazing achievements so far have come after she was frequently bedridden as a result of a severe illness that she says doctors were never able to identify.

However, she acknowledges that a number of eating disorders she was suffering from at the time were undoubtedly part of the problem.

She said: “I missed going out with my friends and my school prom.

“All my friends were getting ready to go to college and move on with their lives and I was in bed.

“I decided that two years of being ill was enough.

“Boxing was on the list and as soon as I felt strong enough I started doing it.”

She added: “I want to show people that mental health problems don’t have to hold you back.

“If you put your mind to it you can do anything.” 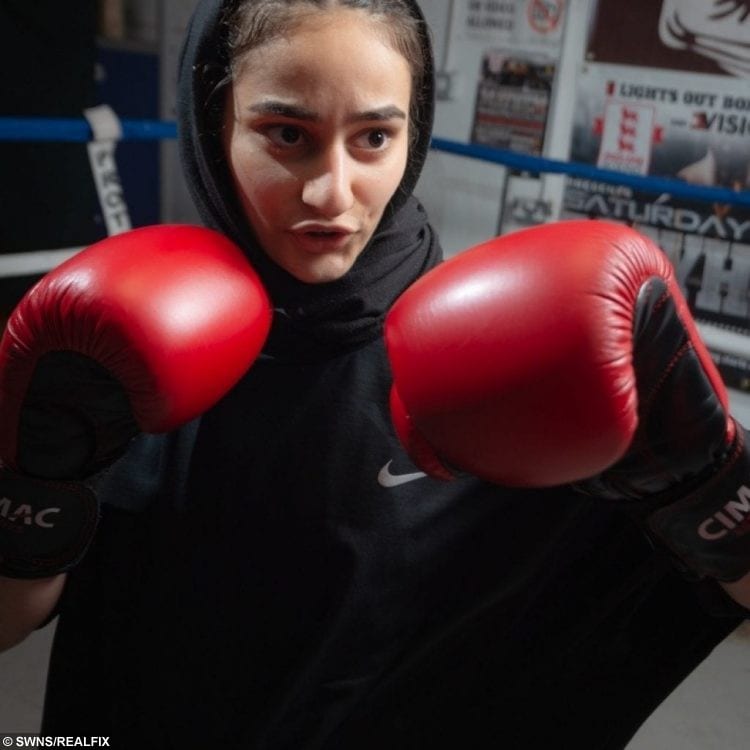 The decision to allow female boxers to wear hijabs at international competitions for religious reasons was announced at the AIBA Executive Committee meeting in Istanbul, Turkey in early February.

Restrictions on wearing a hijab while competing in boxing has been an ongoing issue in boxing affecting many Muslim women boxers.

The ban had prevented Amaiya Zafar, an 18-year-old boxer from Oakdale, Minnesota in the United States, from competing at international level.

The ban excluded her from qualifiers for the 2020 Olympics, but the rule change will allow her to attempt to become an Olympian in 2024.

Safiyyah has also set her sights on one day competing at the Olympic Games.

She added: “My ultimate goal is to compete at the Olympics.

“Obviously that’s the ultimate so I’m nowhere near that level yet.

“I want to set my sights high though.”