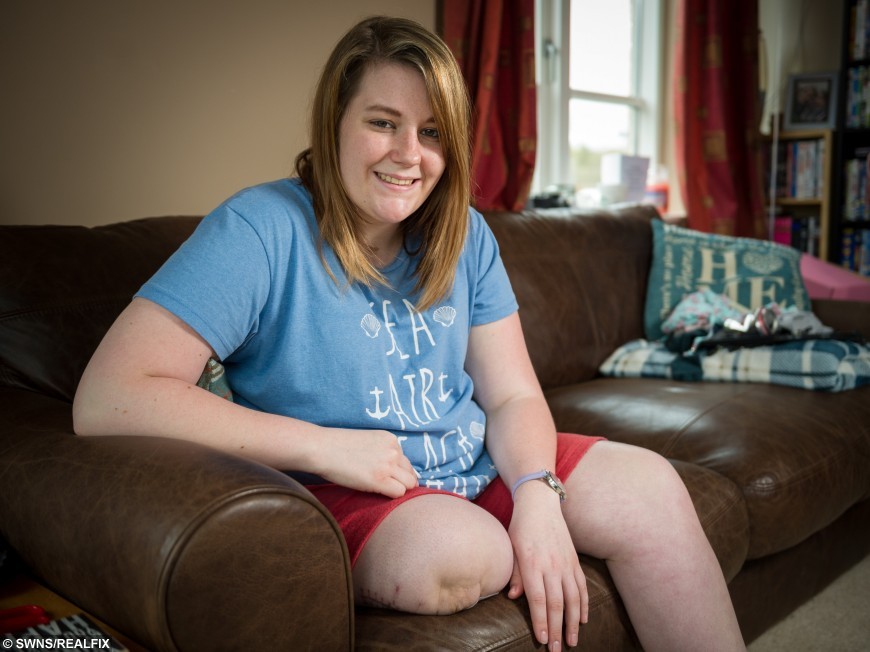 A young female rugby player has defended contact rugby in schools despite suffering a freak injury on the pitch – which forced medics to AMPUTATE her leg.

Gracie Matthews, 24, suffered a knock during a routine tackle in a match against local rivals which dislocated her knee, severing the arteries close to the joint.

Doctors initially thought it could be fixed with an operation but were forced to remove her right leg above the knee ten days later when the muscle died.

Just seven weeks on, determined Gracie is refusing to let the injury get her down and is fighting to get fit with dreams of becoming a paralympic athlete.

And despite her horrifying injury, she insists that rugby is a “great game” for youngsters and tackling should not be banned in schools. 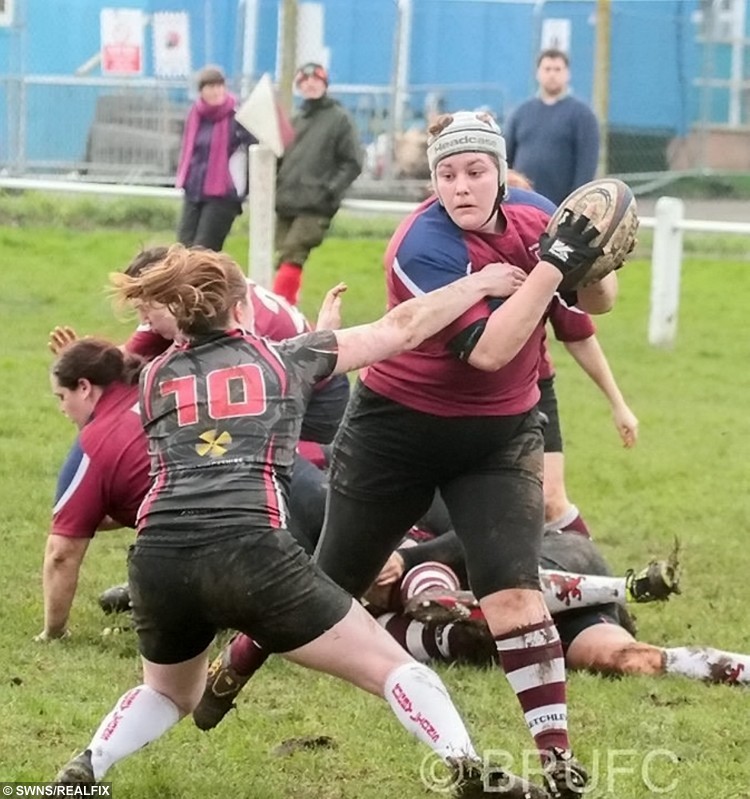 “My opinion on that is they expect boys to be going through school with no tackling then the day they turn 18 they’ll go and play senior rugby and get tackled by a 35-year-old man,” she said.

“I’d always encourage people to play. What happened to me is really unfortunate but it is a great sport.”

Gutsy Gracie, from Milton Keynes, Bucks., added: “I am positive for the future. I look forward to being involved in rugby still – just in different ways.

“It’s a fantastic sport. You have a whole new family. I was just unfortunate. It’s a freak accident. 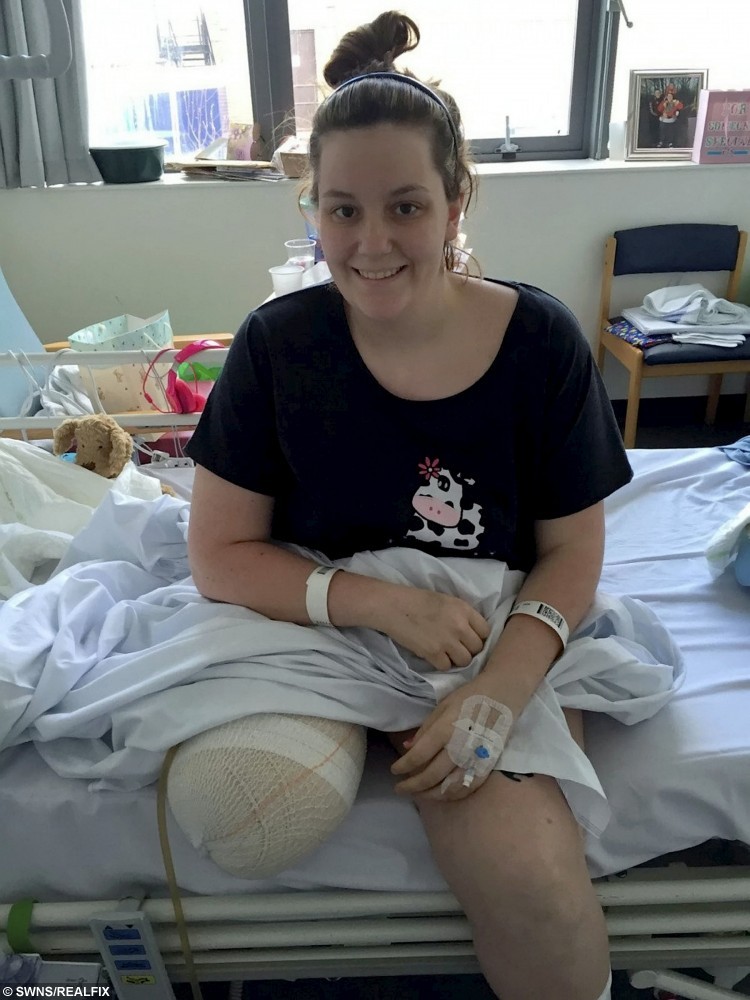 Collect Gracie Matthews recovering in hospital after her operation.

“I can’t do anything about what happened, so I’m just going to remain positive, and I’ve just got to get on with it.”

Gracie was playing as hooker for Bletchley Rugby Club against Olney RFC when she was floored by an opponent on February 21.

She instantly felt a shooting pain in her leg, and the game was moved to another pitch as she lay on the ground waiting for an ambulance to take her to hospital.

She said: “I thought I had broken it initially. I knew it was serious.” 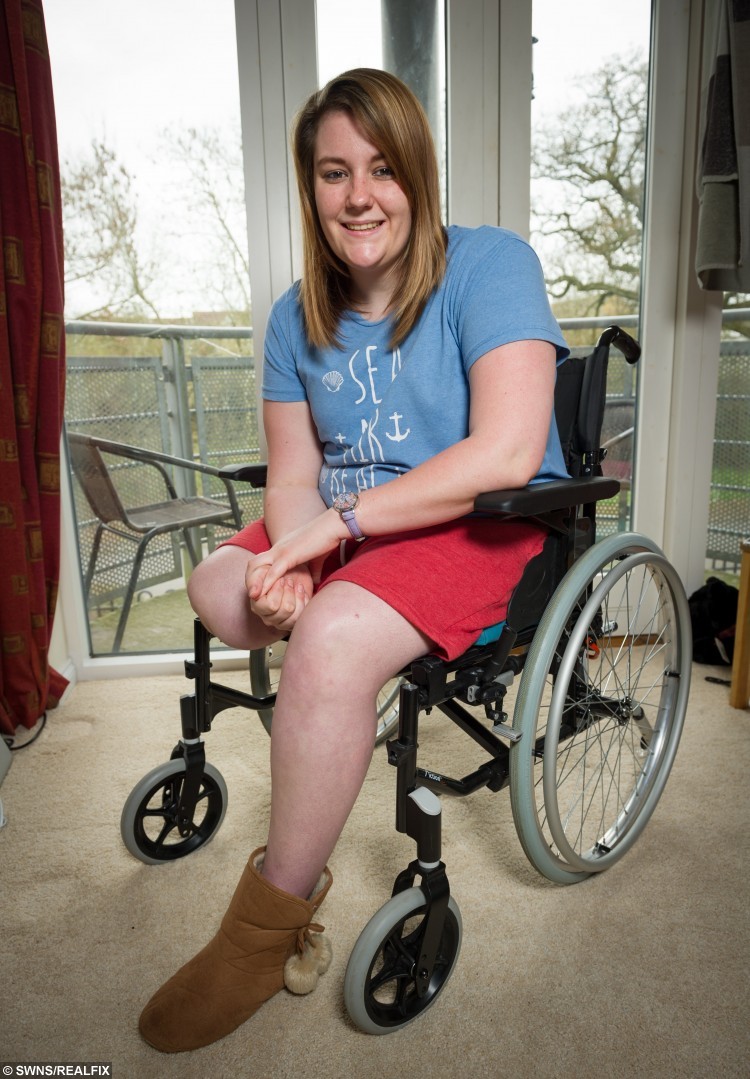 Gracie Matthews, 24, suffered a knock during a routine tackle in a match against local rivals which dislocated her knee severing the arteries close to the joint.

Doctors diagnosed a dislocation but were worried when they couldn’t find a pulse in her foot.

She was transferred her Oxford’s John Radcliffe Hospital for emergency surgery to repair the severed blood vessels.

But two complex operations were unsuccessful and Gracie’s muscle started to die off, and she was in extreme pain.

Doctors warned they would try to reconstruct her knee with a further op – but if the nerves and blood vessels hadn’t repaired, they would have to amputate. 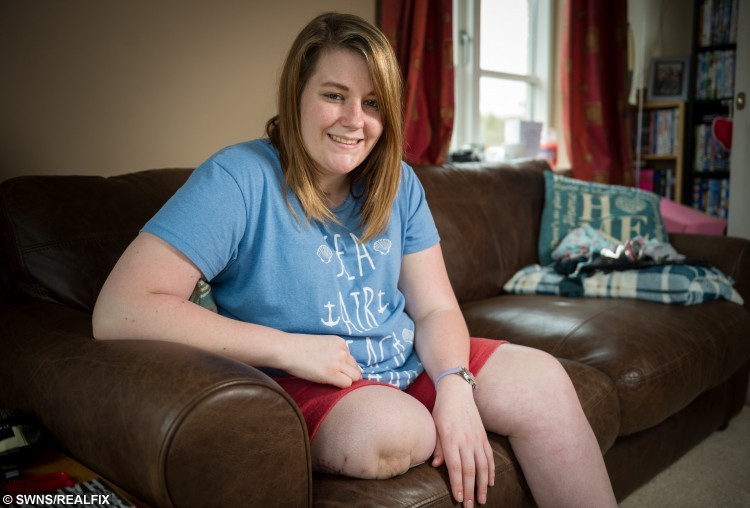 Doctors initially thought it could be fixed with an operation but were forced to amputate her right leg above the knee ten days later when the muscle died.

“By the time they told me it might have to be amputated I wasn’t really bothered,” she said.

“I just said ‘do whatever you need to do’. I was in so much pain for so long. I was just fed up by that point.”

Sporty Gracie, who has played rugby with ten years, woke up without her right leg following the operation on March 2. 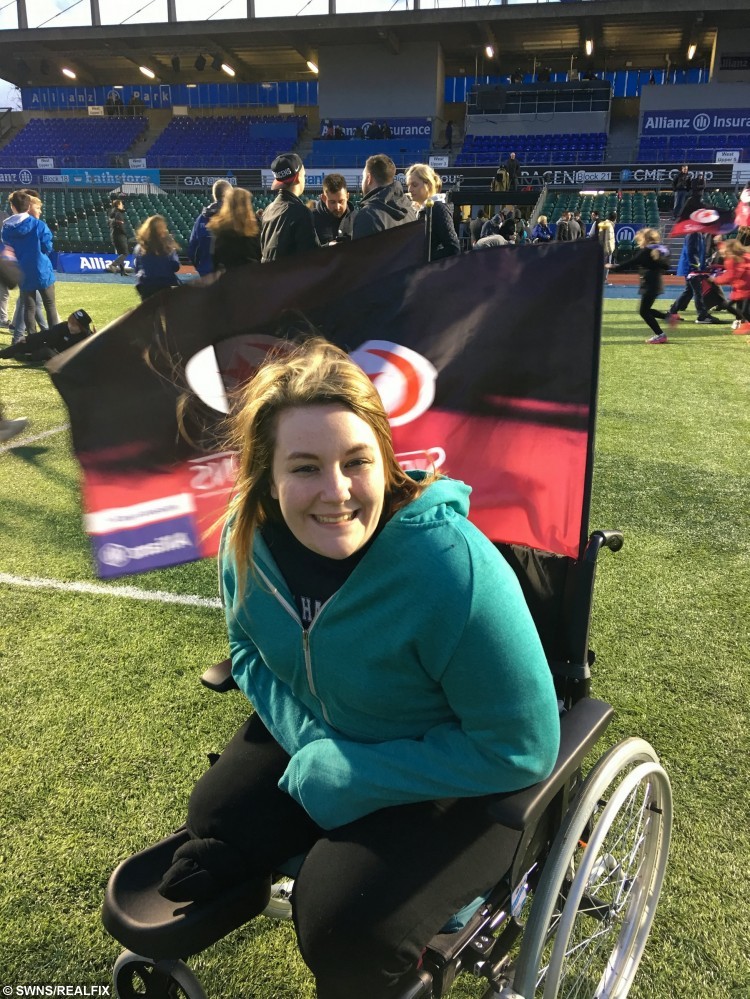 Gracie, supported by her girlfriend Holly Beechey, 26, spent six weeks in hospital but is now at home, where she is undergoing physiotherapy.

The team leader will soon be fitted with a prosthetic leg but hopes to raise around £25,000 to fund any further treatment, equipment, or a ‘sporty’ artificial limb.

She is hoping to go to the LimbPower Games in May, an event at Stoke Mandeville Stadium, where recent amputees can try out ten Paralympic sports. 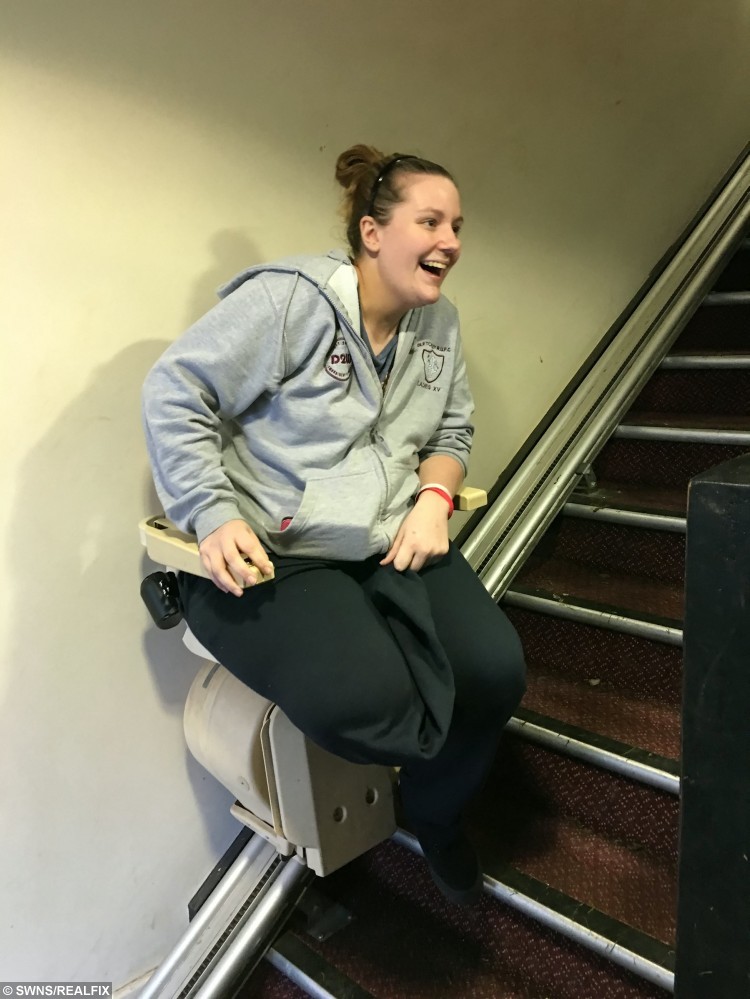 Gracie Matthews age 24 from Milton Keynes, taking her injury in her stride

“I really like team sports – I think it is the atmosphere I like – so I’m thinking of trying sitting volleyball,” said Gracie, who is using a wheelchair.

“Obviously it has opened different door for me. I’d like to pick a different sport and see how I get on, and maybe even think about the Paralympics.

“But wheelchair rugby is a lot more vicious than normal rugby so no – I want something a bit more gentle for now!”

« Previous post Cord Blimey - mum releases shocking picture of baby taken seconds after being born... in a hospital car park
Next article » Mum admits she killed her kids after her husband said he was seeing someone else