An artist has created a menagerie of origami animals with remarkable detail.

“I love animals, but living in the city makes very difficult to be in contact with them, so I guess making paper animals is a way to feel closer to nature.

“There is also a beautiful connection with my other passion, coaching.

“In origami, a single square of paper is used to create anything you want, no cuts, no glue.

“The main idea in coaching is that the person already has everything inside to become whatever he wants to be, and the way to do it is by changing his actions, in the same way as you change the folds to create a different model in origami.” 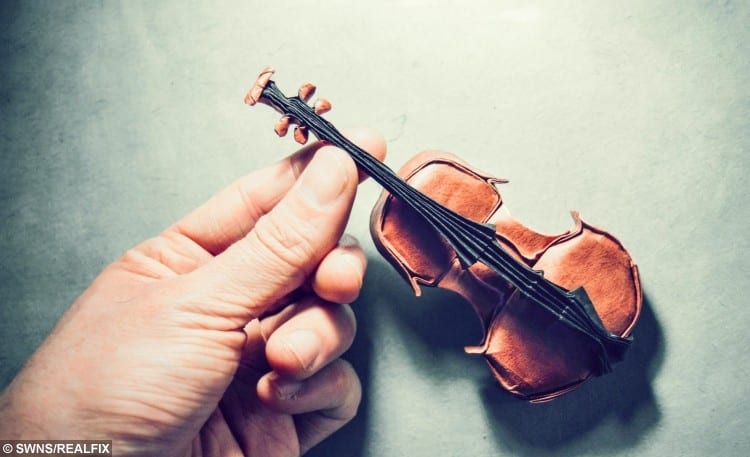 Gonzalo’s more complex creations like a rooster or phoenix can take over ten hours but he can knock out a butterfly in the time it takes to wait for a coffee.

He added: “I think the fact that you don’t add anything or subtract anything to create something is the one I find more fascinating. 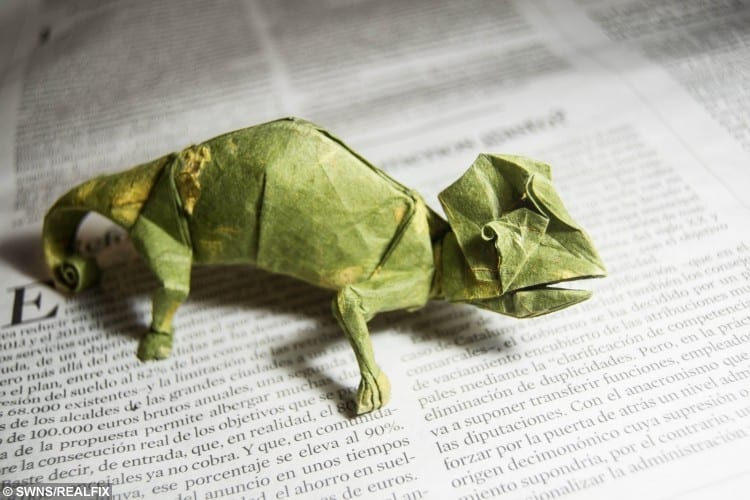 “This, and the animal expression, I love to try to capture some feeling in the animals I make.”

The Madrid-based creator, 35, began making origami four years ago and uses a range of different paper for his designs.

“I use a great variety of papers, lokta and unryu are my favorites because I can shape them with really soft curves, but I also use mulberry, shin inbe, foil, or any kind of paper I can find, just to see what can be done with it,” he said. 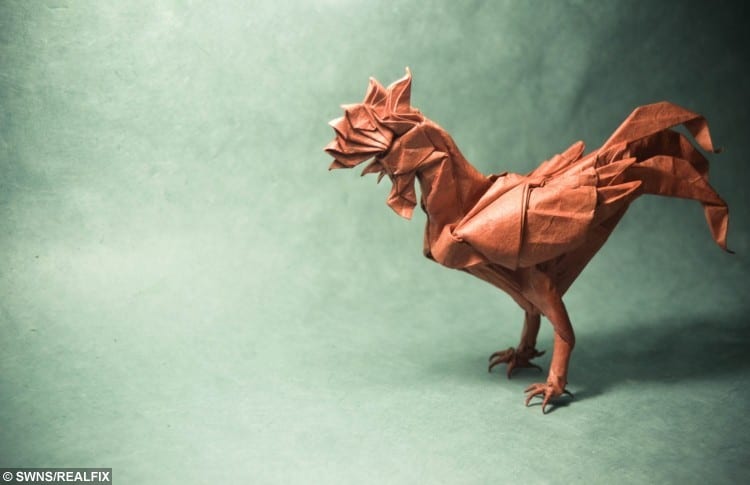 Many of the blueprints for the origami animals require a mix of soft contours and straight edges to achieve the level of detail seen in his examples.

Gonzalo’s favourite is the black and tan Doberman and he said: “I just love this animal and that model captures perfectly its character and power.” 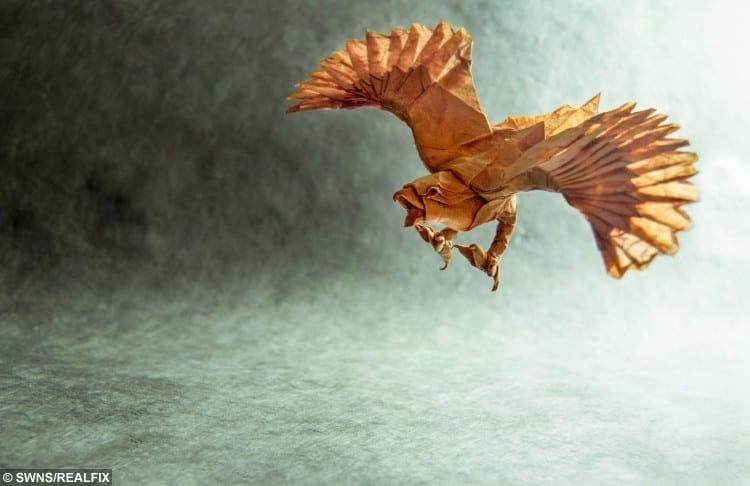 Fans can buy his more complex examples which sell for between €100 and €200 but he gives away his simpler models, often leaving them in public for people to find.

His stunning collection of hundreds of paper creations can be seen on his Flickr account – Gonzalo García Calvo, Masamune81.

Origami, the Japanese art of paper folding, evolved during the Edo period in Japanese history between the 17th and 19th centuries.

Family in race against time to raise £50,000 for operation to help nine-year-old walk