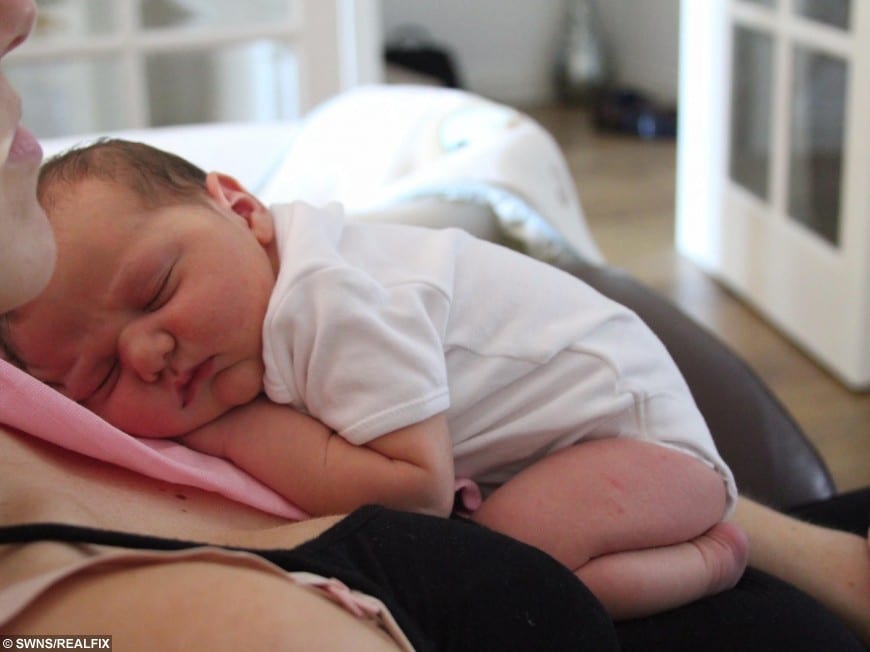 This is the amazing moment a tiny baby clearly says ‘hello’ to her mum – at just SEVEN WEEKS old.

At first, the tot scrunches up her lips and makes ordinary gargling noises. 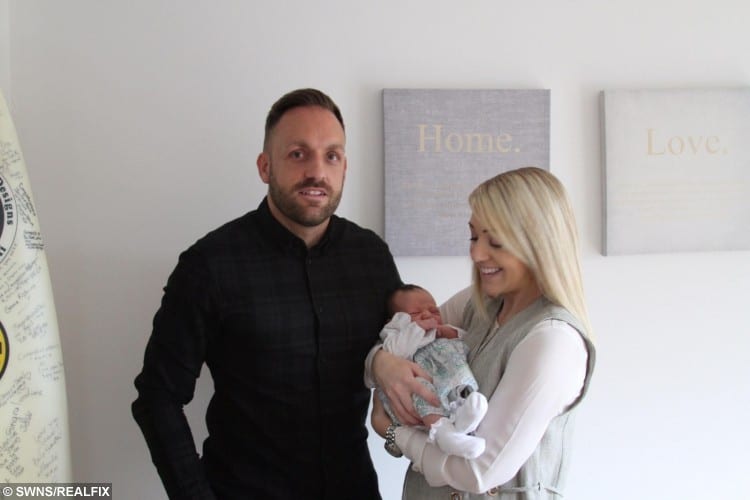 Sara Matthews with her daughter Evelyn and partner James.

But Sara continues to repeat the question and again asks: “Can you say hello?”

Eventually, Evelyn musters up everything she’s got and clearly says ‘hello’ back – to her mum’s utter amazement.

The precious video – which captures Evelyn’s first word – was filmed when the youngster, who is now 15 weeks old, was aged just seven weeks.

“I was repeatedly saying ‘hello’ and you can see that she is really concentrating and trying to say something back.

“That made me keep the recording going – I felt that it was a build up to something and the expression on her face seemed like she was really thinking about it.

“Then she says it quite clearly.

“I was really shocked and immediately showed the video to all my friends and family.”

“Because I was saying the word and it was the only thing I was saying, there is no doubt about it that she was definitely trying to say ‘hello’,” she added.

“It’s definitely not a fluke.” 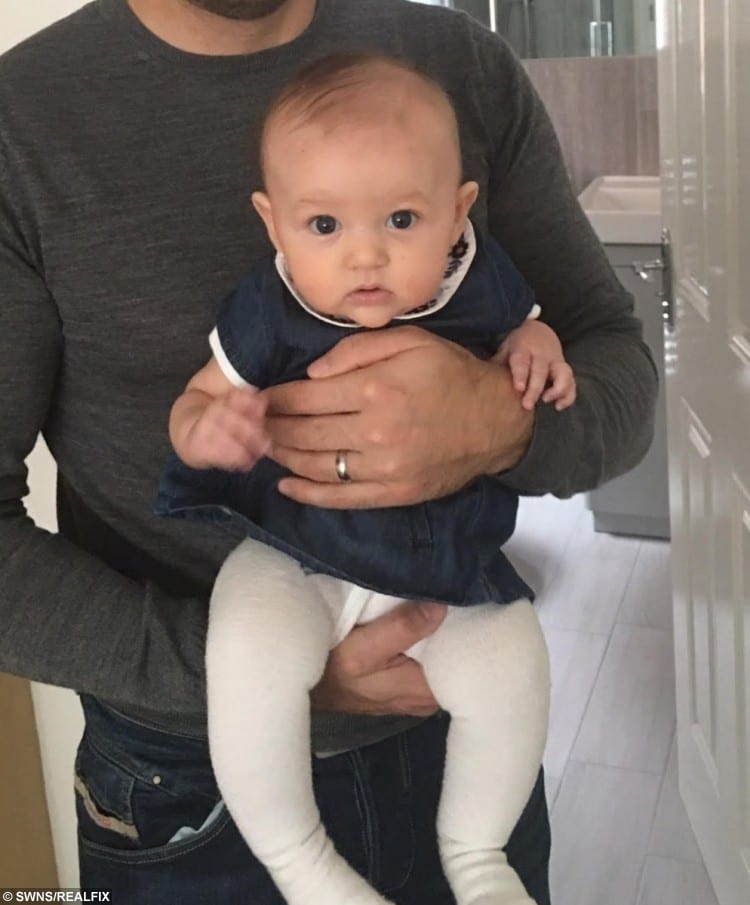 Sara added that Evelyn, who was born on July 16 weighing 8lbs 12oz and whose middle name is Grace, is advanced for her age.

After managing her first word at seven weeks – while most children start chattering at nine months – the clever tot rolled over when she was just three months old.

The couple, who don’t have any other little ones, decided to share the clip after seeing other baby videos and realising Evelyn’s trumped them all.

Dad James added: “It’s so lucky we caught it on camera.

“It totally surprised and amazed us. We are so proud.”